Ryse was very much the display piece for Microsoft whilst building hype for the Xbox One. The graphics are stunning and the in-game action has a truly blockbuster feel. With ships exploding from catapult bombardment next to you and the innumerable opposing force in front you can’t help feel a sense of awe.

It’s movie like plot direction and a plethora of ‘in-game’ cut scenes definitely make the whole experience feel like a roller coaster. Which is great is you like roller coasters. You play as Marius Titus, a Roman Legionnaire on the quest for vengeance after invading Barbarians murder his family. I fully enjoyed my climb through the ranks, slicing and dicing the barbarian hordes until it reached the narrative twist and it’s ultimate conclusion. The sound effects and voice acting were top notch and the character moved with a natural fluidity which just wasn’t seen in the last generation, but it’s far from perfect. 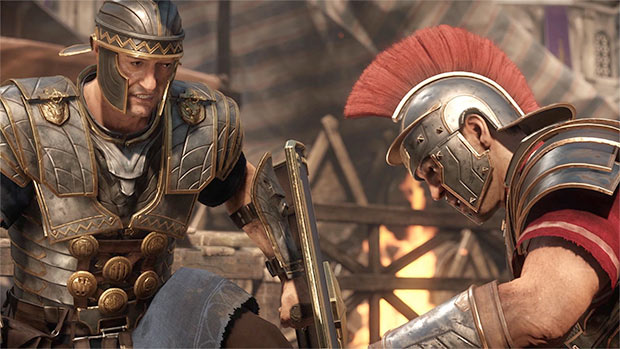 As a story-driven simulation, Ryse is great, but as a game, it lacks somewhat. You will spend the majority of this game button bashing as you move from one barbarian to the next defending, then slicing then finishing. The finishing moves are plentiful and satisfying but hey feel like an interactive cut-scene where you have to press the right button at the right time to get the full point bonus.  After a while, you do get a little sick of them. 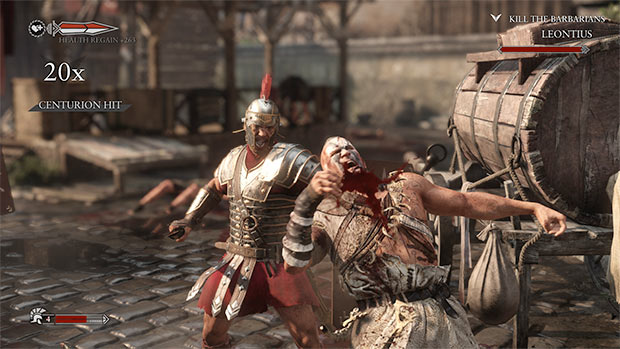 When I first envisioned this game I had thought it might be ‘Halo with a sword and shield’ and that each level would be a series of linked battle zones which can be circumnavigated in various ways as you hack your way to your goal. Sadly, it was more like Final Fight as you are taken on a very linear path mashing the buttons beating up the same five character models over and over again. Don’t get me wrong, it is fun but by the half way point of the 8-hour single campaign, you must have dispatched the same fat guy with a shield a hundred times. 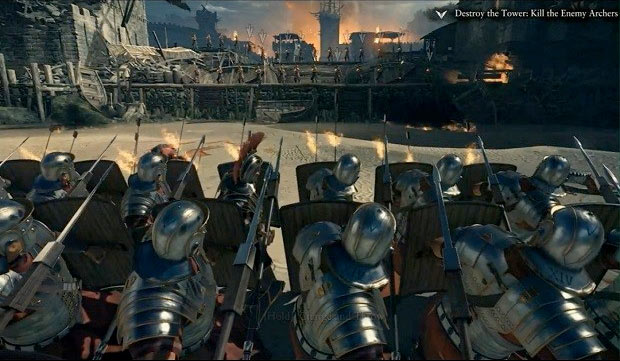 To break up the constant swordplay there is a range of mini games. One involves moving forward as a unit and covering yourself up with shields when flaming arrows come over head, which looks cool for viewers but requires the motor skill of a 5 year old. There is also a pseudo- tactical game where you choose to take one path or the other, however both seem to involve firing arrowing into barrels for a certain time frame. Whilst these do provide some change in the normal gameplay and add to the overall epic feel of the game, in order for them to provide any real challenge the game needs to be on the hard setting. Finally, their is a series of boss fights which pitch you again foes such as Boudicca and a skeletal Minotaur but ultimately they just have a set number of easily predicable attacks which rely on timing to overcome. Sure they take a few goes to beat but they lack any real intelligence to put up a good fight.

The multi-player is just silly fun. You and a friend can co-op in a Roman Colosseum doing objectives and killing people. It adds nothing new to the multi-player ‘genre’ and is very similar to ‘Horde’ with a few missions thrown in for good measure. Whilst I only played it for an hour or so I found it fun and an entertaining extension to the game. 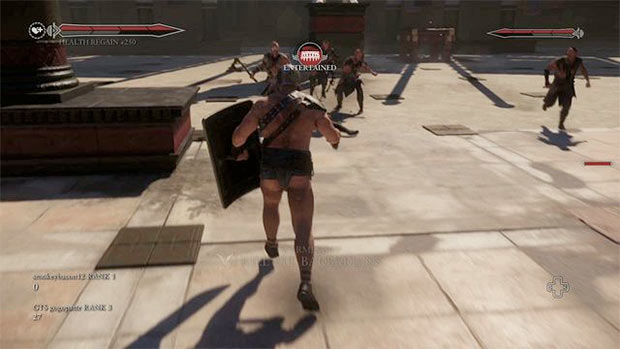 Overall, this is an audio visual masterpiece that will take the player on an adventure from Rome to Scotland and back traversing beautiful and varied landscapes, fighting off legions of Barbarians as you go. The 8 hour roller coaster that is the single player campaign is just the right length for any gaming veteran as anything more would just become tedious, however, I would recommend starting it on a harder difficultly as it will present more of a challenge and you are unlikely to want to play through it a second time. The multi-player will kill an hour every now and then and with the additional skins and maps available it’s sure to keep you entertained.

Ryse: Son of Rome looks and sounds the business and I do hope they take the franchise further as there was so much right about this game.  It would be a shame to see it disappear as Kameo: Elements of Power did after the 360 launch.  With some gameplay tweaks, more diverse level design and a lot more characters this could be greatly improved.