The first battle on the next-gen consoles was fought between Battlefield 4 and Call of Duty: Ghosts and in my opinion, this was won by Battlefield 4. Though it was a close call…

In the battlefield 4 single player campaign, you play Sergeant Recker, a member of the special forces group known as Tombstone. Along with your squad mates Irish, Pac and Dunn, You embark on a series of missions all centered around extracting an important political figure and getting him to safety. However, what ensues is a roller coaster ride of survival, as you battle through skyscrapers, shoot your way through ramshackle shanty towns, take on tanks on deserted city streets, survive snow capped mountains and covertly destroy a dam. 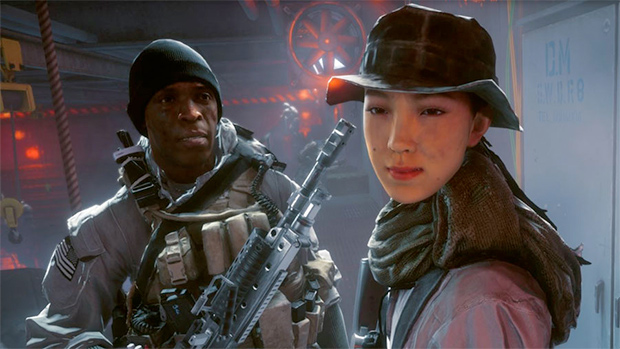 The single player campaign has 8 levels each lasting the average player an hour on normal difficulty but many of you will player through again on hard, not only to gain those extra achievement points but also to take a snipe rifle and various other newly unlocked weapons through the earlier levels (again to boost your overall score and unlock even more weapons). The narrative twists and turns and has this amazing feeling of ‘if it can go wrong, it will go wrong’ and you feel like you are always on the back foot or playing catch up. The characters don’t try too hard to make emotional attachments to you like in Call of Duty and it’s limp father/son story. Instead the bonds are forged on the battlefield and Irish, despite his constant whining becomes a great compadre and is the source of a few amusing moments, such as when you use and elevator together and he not only hums along to the music but also tells you he loves the song. Unnecessary but a nice touch. Not all the voice acting is this great however as you will notice in the later missions but it’s easily ignored as you headshot your way to the epic conclusion. 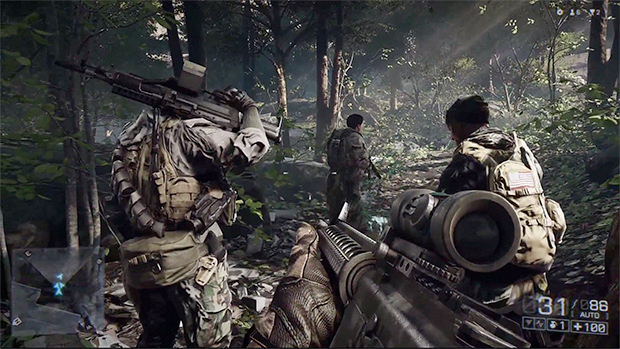 The single player however, is only the tip of the iceberg and acts as a warm-up act to the big event. The multiplayer is where the true action is with Battlefield 4 boasting a massive 64 player multiplayer. it really was the ‘daddy’ of multiplayer games… At least until Titan Fall came out and time will tell on that one. But BF4 has 10 multiplayer game modes from classic team deathmatch to air superiority each with easy to understand tutorials. The beauty about the Battlefield multiplayer is the teams. One on one deathwatch can put the fresh meat against the old hand with a one-sided result but with a focus of teams, you can be the type that runs hung oh into the battle to learn at the back as you heal people, sniper people from a distant and get used the varied maps… And there are a lot of them. Throw in some fantastic customization options and more XP than you can throw a grenade at and minutes will turn to hours as you steadily improve and make a few friends on the way.

It’s not all sweetness an light though as the Xbox One version is not the best-looking version of the game as PS4 and PC enjoy deeper textures and some lighting improvements. Obviously, it’s better than the 360 and PS3 versions and to be totally honest, I prefer the Xbox One controller over the PS4.

Another downside is the early connection issues as many people complained of being kicked out of games or not even being able to start them but 4 months after release, this all seems to have sorted itself out. 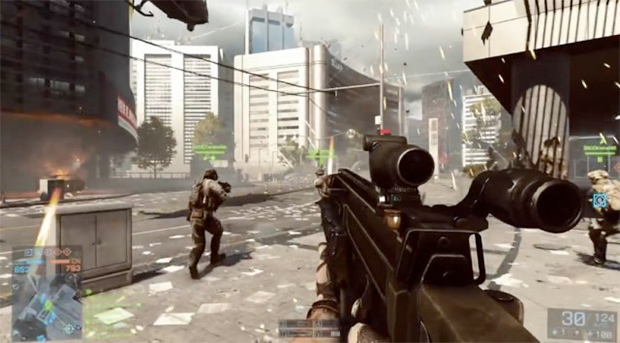 Overall this is a fantastic shooter with a single-player game that will entertain you for around 8-12 hours and a multiplayer that will keep you coming back for more for months. Also, with the new Navel Strike DLC just released and more on the horizon it doesn’t look like it’s going anywhere for a while.

If you are choosing between COD or BF4 then my advice would be this as it has more depth and offer a well-rounded experience. The new Halloween and Predator themed DLC releases for COD are tempting but are ultimately short-lived gimmicks. With a better story, better visuals and better online experience this round goes to Battlefield 4.