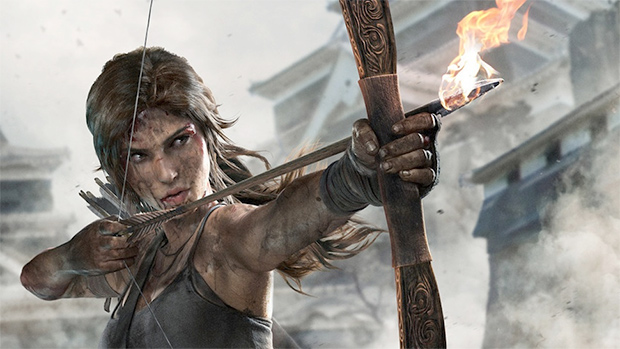 One of the most iconic characters in gaming is back and what an entrance she makes.

I must admit the I have only played around four of the tomb raider games, and those were the first four. After Tomb Raider Chronicles, my interest waned and I was distracted by newer shinier things. When the reboot came out for Xbox 360 and Playstation 3 last year, I raised an eyebrow but nothing more. There were so many titles being released at the same time, it was too hard to play them all. 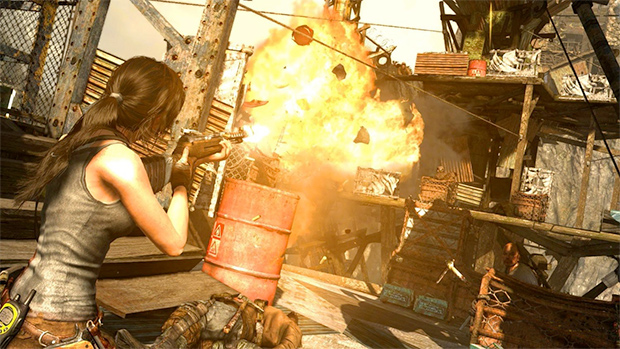 However, when they announced its release for Xbox One I became more than intrigued. Mainly because of the limited amount of adventure games out for the system. I was expecting to be pleasantly surprised but instead, I was blown away. Visually, it looked pretty impressive on last generation consoles so although the visuals weren’t a massive improvement the base was pretty solid, to begin with. The character models all look and feel believable and Lara herself is a work of art. Every curve, skin tone and hair is lovingly crafted re-invigorating the character making her more than just a chest and a bum. The voice acting is fantastic and Lara’s new pipes make her sound as young and innocent as the story entails.

The narrative that drives the story along is enthralling. The story follows Lara on her first expedition upon the Endurance which crashes on a mysterious island believed to be the lost kingdom of Yamatai. What ensues is a roller coaster ride as Lara uses all her skills to locate survivors and survive the Solarii Brotherhood, a violent collection of criminals, mercenaries, and survivors. 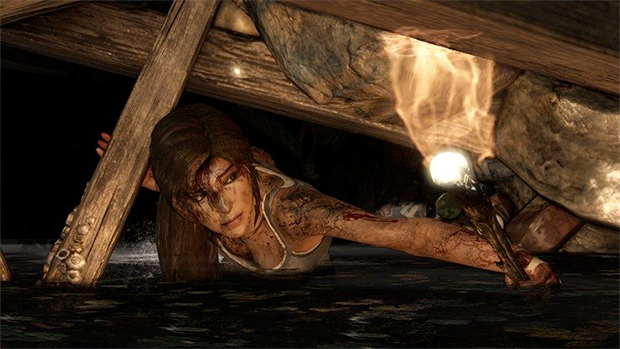 On the whole, the gameplay is a third-person adventure game that sees the player running, jumping and shooting. However, there are various cinematic moments where you switch to slow motion shoot outs or find yourself in a dodging mini-game as you avoid spikes, falling boulder and other hazards. Similarly, the game extends beyond the action as it employs various puzzle and RPG  elements. Lara has the option of collecting artifacts in the various tombs littered around the island. With the experience gained you can also increase the skills of your characters allow you to add additional melee attacks, increase clip sizes of weapons and increase your accuracy.

The single-player campaign will keep you busy for 8-12 hours depending on whether you do any of the side quests and once that is over there is a fun and surprising passable multiplayer. The multiplayer experience is centered around two teams; the survivors and the scavengers. There are three different game types that include Team Deathmatch, Rescue and Cry For Help which can be played in five different maps. Whilst this seems limited on paper, it makes it much more accessible to the casual gamer. I spent many an hour tackling other teams but there was two occasions where a number of people online dwindled so if you fancy the sound of the multiplayer get involved sooner rather than later. 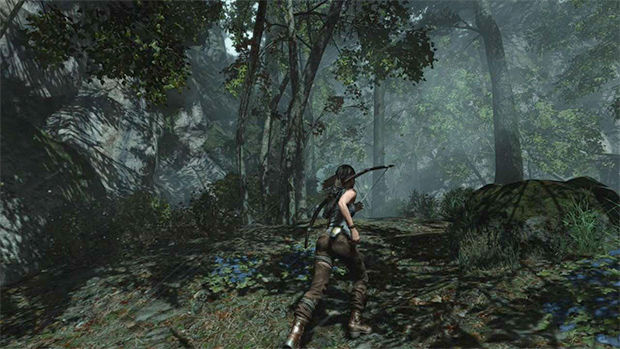 Overall, Tomb Raider: Definitive Edition is an enjoyable adventure that re-ignites the franchise. The visuals are stunning and the music and sound work perfectly to create an atmospheric experience that will have you yearning for more. The characters and voice acting is spot on and Lara has become both a strong and sexy female lead all over again. This time, however, she has a deep and scarring back-story that will drive future games. If you missed it on last gen, the definitely pick up a copy and you won’t be disappointed.