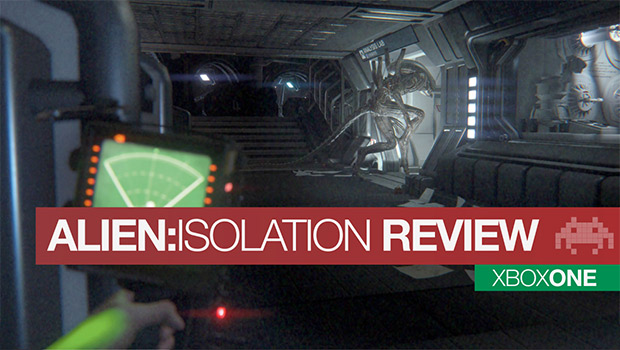 Like any dedicated gamer, I played Alien Isolation with headphones on, about a meter away from the screen. My feet were perched upon the rims two baskets filled with games, controllers and cables. Usually this elevated position is comfy and relaxing, however after a few hours of playing Alien Isolation I realized the pain in my feet. During the stress and tension on the previous hours my feet had gripped the baskets with such force I could have hung upside down, had it been a branch.

In Alien Isolation you play Amanda Ripley, Ellen Ripley’s daughter as see explores a space station in search of her lost mother. Of course, when on board the station, all is not well and a drone Alien prowls the corridors and ducts taking out the crew. The story is believable enough and the ships aesthetics are lovingly crafted to be in keeping with the original movie. The CRT green screen monitors, clunky tech and retro styling have all been created to immense detail. 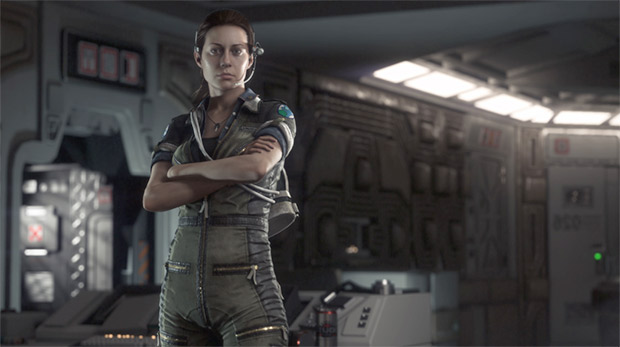 The sound design is equally stunning from the ambient hum of the station to the shrieks of the Alien as it careers down a corridor to kill you… And it will kill you ALOT. The detail is in Alien is fantastic and your heart will thump every time you hear it padding down the corridors, or rummaging around the air ducts. 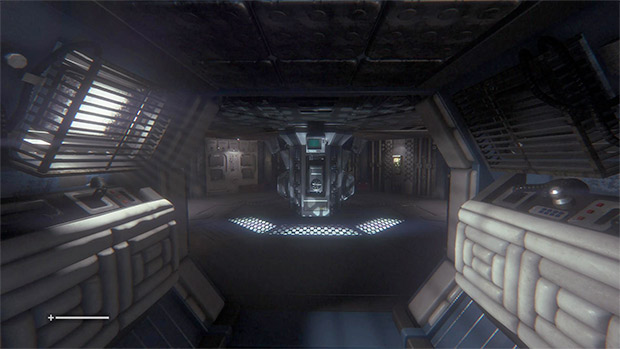 It takes a while before you actually meet the Alien which was fine as it built suspense and gave you a feel for the controls and layout as well as introducing you to the story and characters. When you finally meet the Alien you can enjoy many hours being hunted around the station. This is by far the best part of the game. Ultimately you are trying to locate the ‘black box’ of the Norstromo but after it is found it is merely a matter of survival. The Alien however, is not the only thing you have to worry about. Psychotic androids roam the halls and skittish survivors are ready to shoot first and ask questions later. Weapons are few and far between with the pistol being effectively useless and the flamethrower only serving to scare the Alien away for a short time. The motion detector and noisemakers are the best tools in your arsenal as they act as pre-warning and distractions as you high tail it to the nearest locker to hide in. 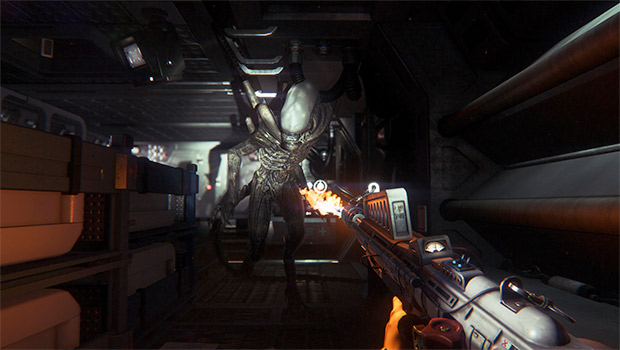 There are so many things right with this game it pains me to go over the negatives. The over-arching issue is the length. At nearly 19 hours the game is just too long and feels filled with fetch quests making you back track over the entire station. The game would have been perfect at 8 hours after condensing down the non-alien part of the game in the second half. The end is unsatisfying and all in all needed more Alien. This is a great game considering it’s from a studio famous for it’s strategy games and the graphics and sound are fantastic but it falls at the final hurdle. It’s hard to complain about a game being too long but you can only keep up your stress and tension levels for so long and after having the Alien kill you in places you have no control over does get annoying after a while. 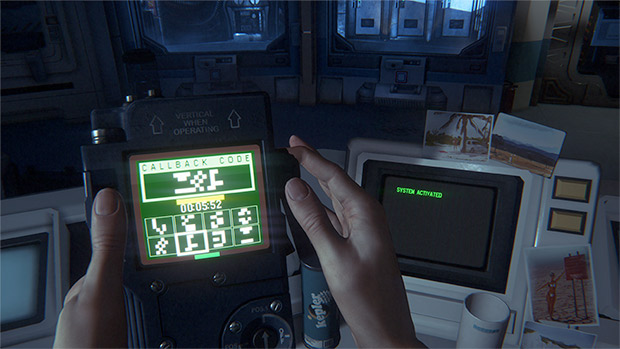 Aside from the core story they are two additional DLC packs that do ship with the game depending on which version you buy. These addition missions allow you to play as Ellen Ripley in a couple of short missions from the film. At only about 15 minutes each they are a welcome distraction for when the main game starts to drag. 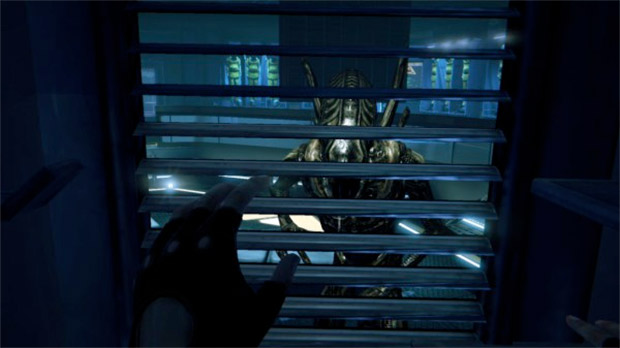 Overall, if you are a fan of the series then this is well worth a play. You can tell it is a labor of love and they have nailed the terror of being hunted by an Alien. I have never played a game where I spent 15 minutes in a cupboard and enjoyed it but after 12 hours it’s hard to stay interested, especially when the game tips unfairly. Alien Isolation is an experience worth enjoying and I hope it is not the end.