It’s been a while since I was a rolling rodent smashing through enemies with my super spin attacks. But this has mainly been due to the fact the recent Sonic games have been so dire.

Taking advantage of this lull steps up Armillo by Fuzzy Wuzzy Games on the Wii U. This indie title is a snip at only £ and is pretty substantial with 45 stages set across 5 vivid planets. The shop function allows you to upgrade your player and even the fasted speed runner took almost two hours to complete this game, so you expect hours of gameplay.

During my first play through, I noted that the graphics looked like a number of Unity texture packs had thrown up on Armillo. The amount of colors, textures and styles were overwhelming and the mix of 2D and 3D elements just felt like there were just too many ideas crammed in. 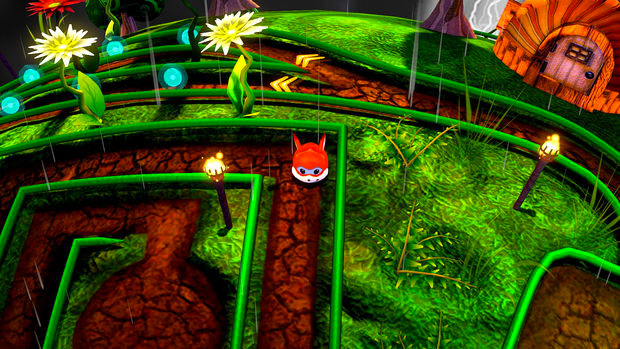 As my play time increases I felt more nostalgic as the game had a certain Playstation 2 quality to it. However, as I rolled, jumped and balanced through the game I had fun. The levels are short enough to simply pick up and play and as such it became my ‘quickie’ of choice and when I found myself with only 10 minutes to game I would happily play through a level or two.

The main mechanic is a mix between sonic, monkey ball and those roller mazes that you find on the tops of bubbles. The stages are all spherical and you roll about freeing your friends from the invading Darkbots. 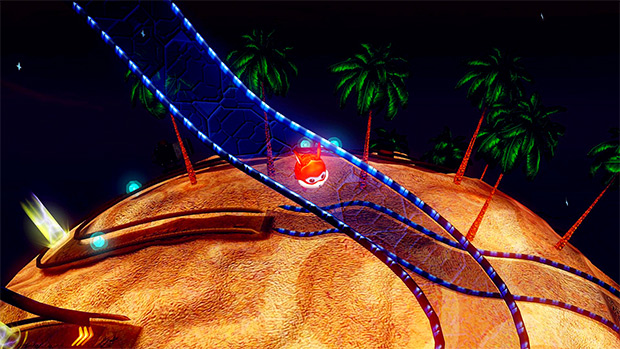 Armillo is a great additional to the Nintento eShop, as it is harmless fun that feels both new and retro at the same time. It’s fun to play in short bursts and you get a lot for the price tag.

If you’re a hardcore gamer this is unlikely to appeal but if you are after small pockets of fun and a nostalgic trip down memory lane then Armillo is sure to suit. 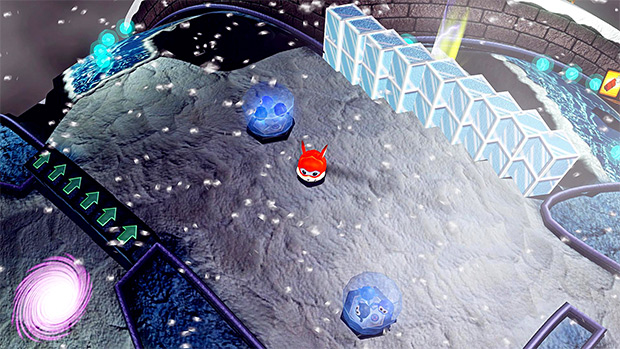