Back in 2013 the news that the Zombi U sequel was too be canned didn’t make too many headlines as the first game was still in its infancy but over the past couple of years the original game has been praised for its innovation in an over saturated market. Recent leaks showed that the sequel planned to have two player co-op as well as an array of equally innovative ideas. In light of this recent update I have decided to review the original for Wii Corner. The tiny, but perfectly formed section of gaming debugged dedicated to the Wii U.

Zombi U made me rethink the zombie apocalypse. I thought I was prepared, I thought I was ready. Over the course of the past few years I have located the spot where I stand the best chance of survival, decided on a plan of action for food and resources and plotted the route with the most lightly chance of survival. The walking dead, resident evil and dead rising have all killed me into a false sense of security. In Zombi U I could barely make it to the end of the road.

The game starts with you, a lone survivor in a zombie outbreak in the city of London. You slip quietly into an underground station hoping for a respite. A voice over the intercom system, that sounds very authentic coming out of the Wii game pad offers you safety in return for your assistance. Once in the safe room you take a nap only to wake from a nightmare gasping. 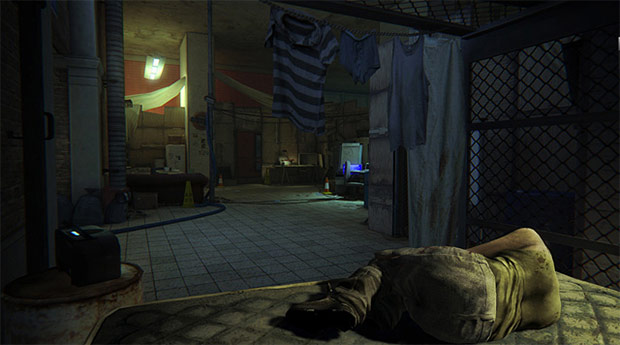 You’ll get used to this gasping scene as it acts as the restart point every time your player dies. And you’ll die a lot… Zombi U deals with this amazingly, by adding perma-death to everyone of your characters. Once bitten, your zombified player stays where he/she died and you awake as a new player waking from a nightmare back at base. It’s awesome!

When you revisit the area you last died in you can see your former self scrabbling around in the dark.

Hollywood zombies are slow, soft boned and weak, which lulls you into a false sense of security. In Zombi U, you can barely fight off one Zombie and if you get caught with two or three you will really struggle. This ‘realism’ really brings it home and makes you rethink your zombie apocalypse plans. 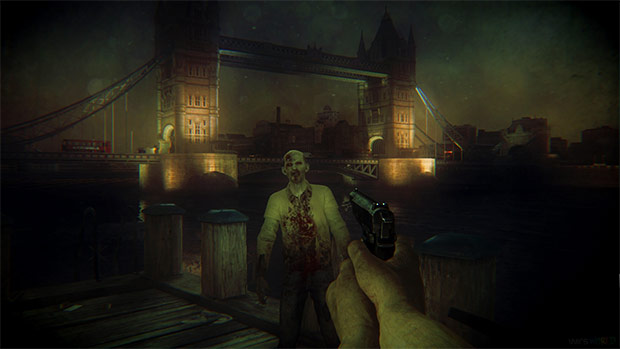 The melee combat is difficult to master but works and and shooting mechanic (for the rare occasions you have a gun) works well. The game pad is utilised in a variety of ways acting as an intercom, a map, an inventory and scanner. The gyroscope is just to scan areas to reveal hidden secrets.

The city is dark, grimy and unpleasant and whilst the paths are relatively linear, as the game evolves the series of compact areas join together to create a vast city in ruins. 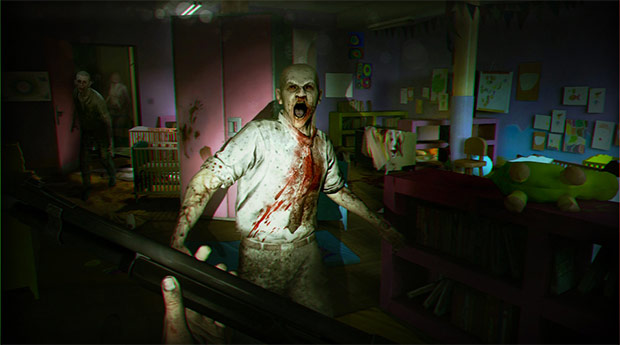 In all honesty, I’ve not completed this game. Usually I wait until I have beaten a game before I review but having sunk 8-10 hours in Zombi U I feel confident to sing it’s praises as it’s not so much about the destination but the journey.

With Zombi U putting the record straight about a Zombie Apocalypse I’m off to prepare a number of hidden melee weapons along my escape route… Just in case. 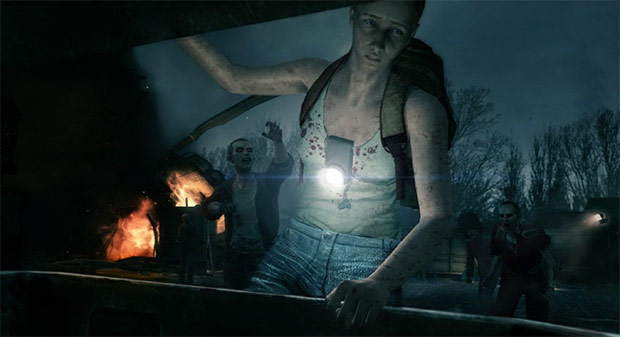