As I crawled into bed at 1am, my arms were lead. My arms were as heavy as my eyes but as I dreamt, I saw dancing stars lighting up the night sky prancing to Beethoven’s 5th.

This feeling was not a drug induced coma but the culmination of playing Disney’s Fantasia for the past 4 hours. The game had been sitting in my library for some time, after it was reduced by 50% in a sale. I got it primarily for my two girls but our initial attempt at playing was marred. Trying to learn how to play a new game whilst trying to teach two toddlers how to play it was a step too far. Sometimes I think that ‘too many players spoil the Kinect game’ to borrow from the old wives tale. Playing alone was much easier and I managed to sail through the tutorial levels and meet the grand wizard Yen Sid. 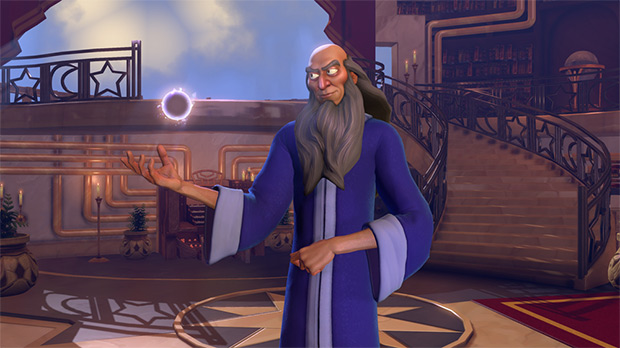 In Fantasia, you are a young apprentice wizard looking to master the art of music and movement. By following on-screen stars and particular prompts you act as a god-like conductor making magic on the screen as the music plays. Miss a queue and silence ensues. The music ranges from classical to prog rock to modern pop and you will find yourself waving along to the likes of Tchaikovsky, The Police, Queen and even Lady Gaga. Each piece varies in difficulty.

Once you ‘get it’, the game is deeply satisfying and it’s easy to feel the magic in every swipe and gesture. However, it’s probably best played in short bursts unless you were eager to lose your ‘bingo wings’ as it can be quite a workout. The moves vary from simple swipes to more complex ‘grab and move’ gestures includes three dimensional puzzle boxes that need to be twisted and unlocked. 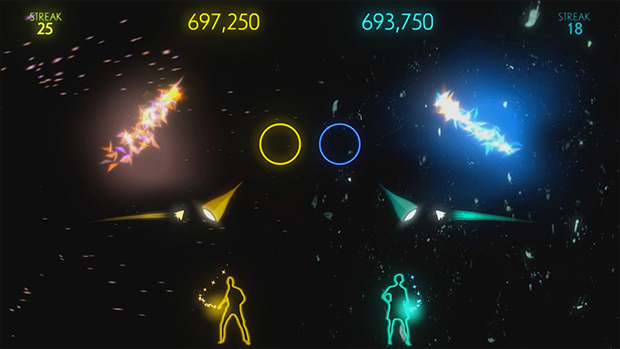 Whilst the main ‘performances’ are conducted on a starry background for clarity, your adventure spans various different regions. These regions are called

There is a lose narrative to follow, that sees a malevolent force known as ‘the noise’ threaten the different regions and with the grand wizard — missing, it is up to you and a fellow apprentice ‘scout’ to save the day. You will tickle tortoises and spin sea horses as the various regions have interactive levels allowing you to play with the environments.

For those not looking for a story there is a simple points game where you simply choose a song and go for the perfect performance.

The game is not for everyone and you have to put in the time in order to get the most from it. I am a fan of Kinect games and in this field, Fantasia is extremely polished. The overall theme and feel is in line with Fantasia’s style and messages. I remember the original Fantasia and it made classical music more accessible to me as the sorceress apprentice, the planets and the dance of the sugar plum fairy meant nothing to me before seeing the movie. Fantasia on Xbox One tries hard to make Classical Music accessible to the digital generation and I applaud it for that. 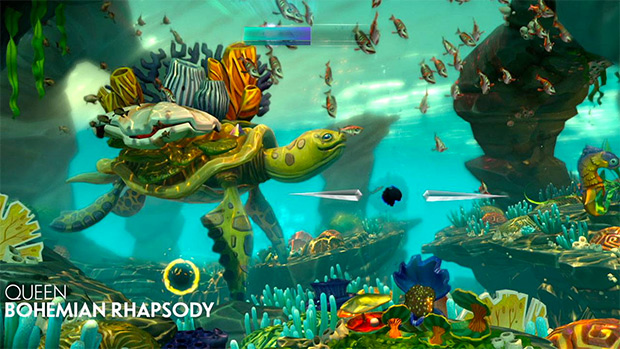 Sadly, the dark shadow of DLC looms over Fantasia as there are lots of additional tracks available (18+) for download (For a price). However, as this is the first outing for the series I think they should have bundled more with the game as the arm waving levels do not feel as ‘choreographed’ as say the Guitar Hero music. In that, each finger note has to be in the right place at the right time and you get various difficulty. In Fantasia, it is probably just as difficult but it’s just swipes on a screen so there is more room for ‘interpretation’.

Overall, Fantasia does give players a sense of magic and it definitely gets you moving. Once you Break through the tutorial levels there is lots of fun to be had. Sadly there is an over reliance of pop music and too much offered as DLC. Harmonix could have easily bundled in 30 more well known ‘out of copyright’ classical classics to beef up the set list.

Ultimately, I was really hesitant to play this game and I don’t think I am alone. However, the concept works and the game mixes magic with music to create a unique experience. Children may enjoy it more than adults but Disney fans will not be disappointed. 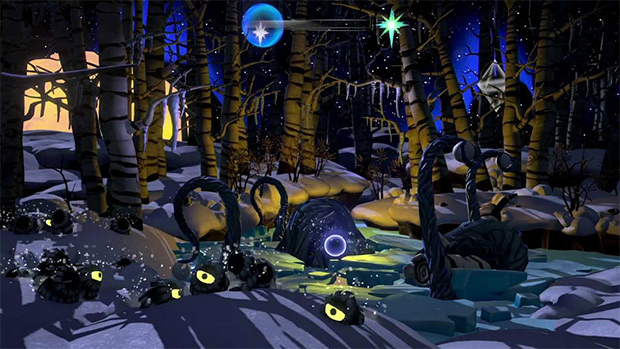 Summary
Reviewer
Ian Garstang
Review Date
2015-06-23
Reviewed Item
In Fantasia, you are a young apprentice wizard looking to master the art of music and movement. By following on-screen stars you act as a god-like conductor
Author Rating
3