McDroid is a cute cell shaded tower defence game with a difference. You play a robot dog tasked with the exploration of a planet and the upkeep of the mothership. The player runs around the various maps placing cannons, sowing seeds and collecting the spoils. The mothership runs on strawberries and its your job to plant them, collect them and take them back to the ship. Meanwhile, hordes of cute alien snails, worms and slugs emerge from set points to hinder your progress. By placing lakers in fixed positions you can wipe out the invaders and progress through the levels. 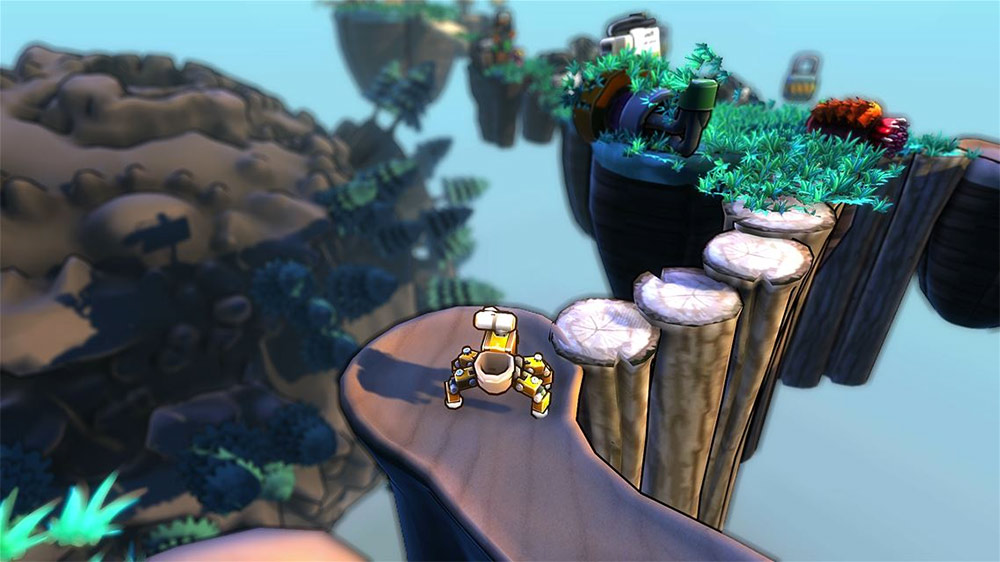 However, there are more turret placements than turrets so you run around avoiding beasties moving lakers to different gun emplacements. Whilst rushing from one side of the map to the other you can fix both the weapons and the mothership until all the enemy waves have been defeated. Killing enemies spawn crystals, that can be used to open chests, which have an array of upgrades that include amour upgrades, weapons and new abilities. Additional placements include Bonzai trees that increase the damage of any nearby weapons. The game is fun and adds a new spin to the tower defence genre. It has an almost Plants Versus Zombies feel with added movement. It was ok to play in front of children because it was all very cute and harmless. The voice acting is a nice additional and I thought the over the top ‘game show host’ style mothership was quite funny but it might get annoying after a while. 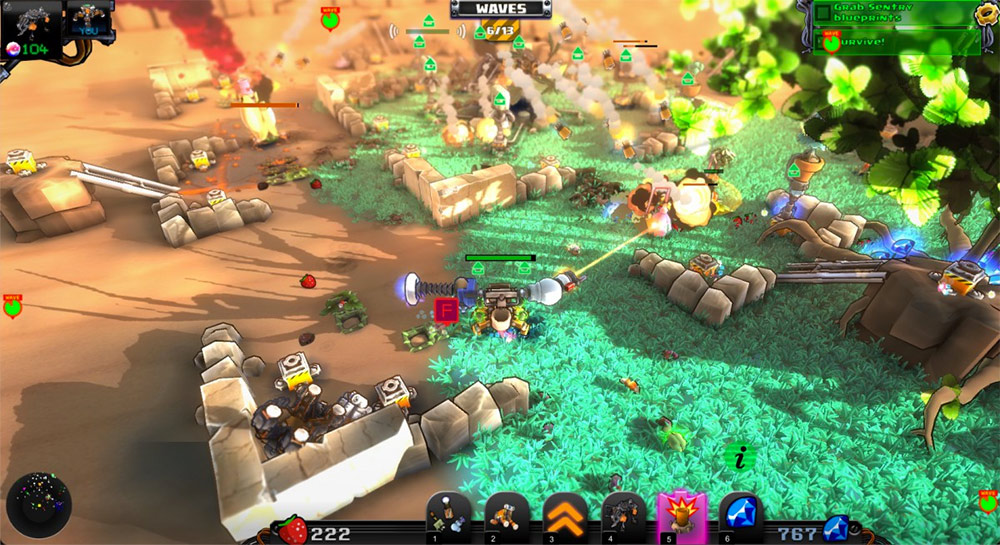 I am only about 3 hours into McDroid and I haven’t completed this yet. I expect to get another 3+ hours out of it. What is good about McDroid is the colourful visuals, amusing voice acting and simple to pick up and play mechanics, the bad includes some frame rate slow down when there are a lot of enemies on a screen, the learning curve gets quite steep after level 6 which might put of younger players and if you have a big UHD TV you may see some pixelation. Overall, McDroid is fun tower defence game that sits between Defence Grid 2 and Toy Soldiers. Thankfully, is cute characters and cell shaded art style make it adequately different and fun to play for around 6-7 hours. Replayablity may be limited, but a drop-in and drop-out co-op might make it worth another play. At only $7.99 its worth a punt if you like this genre of game or if you are looking for games for younger players. 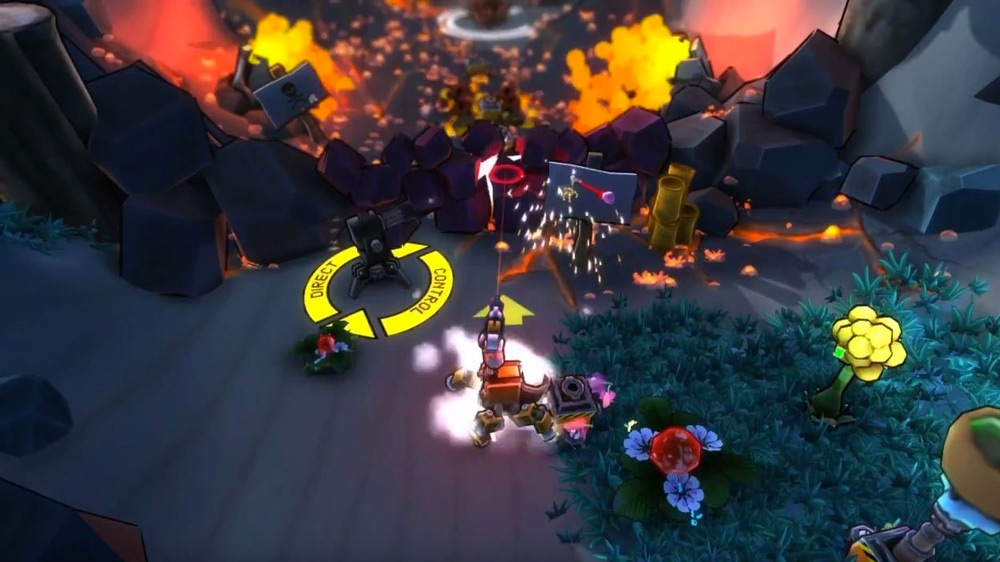 Summary
Article Name
First Impressions: McDroid | Xbox One
Description
McDroid is a cute cell shaded tower defence game with a difference. You play a robot dog tasked with the exploration of a planet and the upkeep of the mothership.
Author
Ian Garstang
Related Itemschildrens-games