It’s with great sadness and some disappointment that I must give my honest opinion of The Division by Ubisoft. Set after a pandemic outbreak in New York, this third person RPG shooter has so much going for it. The story, the location, the idea, the graphics, the sound are all top notch, it’s just dull as dishwater and screams totalitarian control. Here is my review of the initial release of The Division once I had reached level 20. 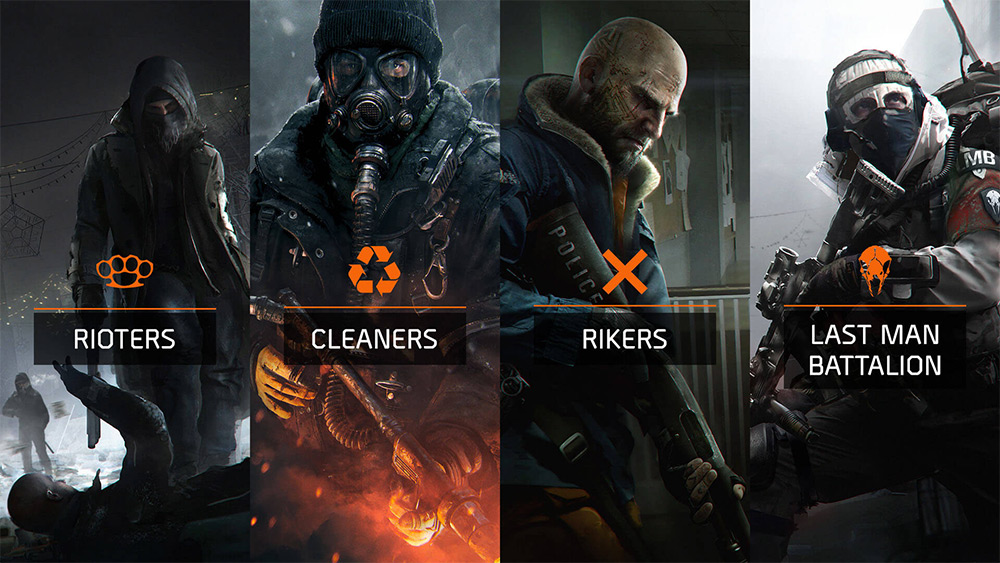 New York has been abandoned apart from a few scavenging stragglers and various gangs or ‘factions’ that have taken over parts of the city. The gangs include:

Each gang feel like it has about three character models each and you will meet them over and over again during your play. I only put around 30 hours into The Division and each time I booted it up to have another slog, I felt the nagging disappointment. After playing the Beta I was extremely excited about this game. I was willing to overlook the fact it didn’t look like the E3 footage, happy to ignore the preview chatter and for the first 4 hours I was happy as a pig in ‘mud’. 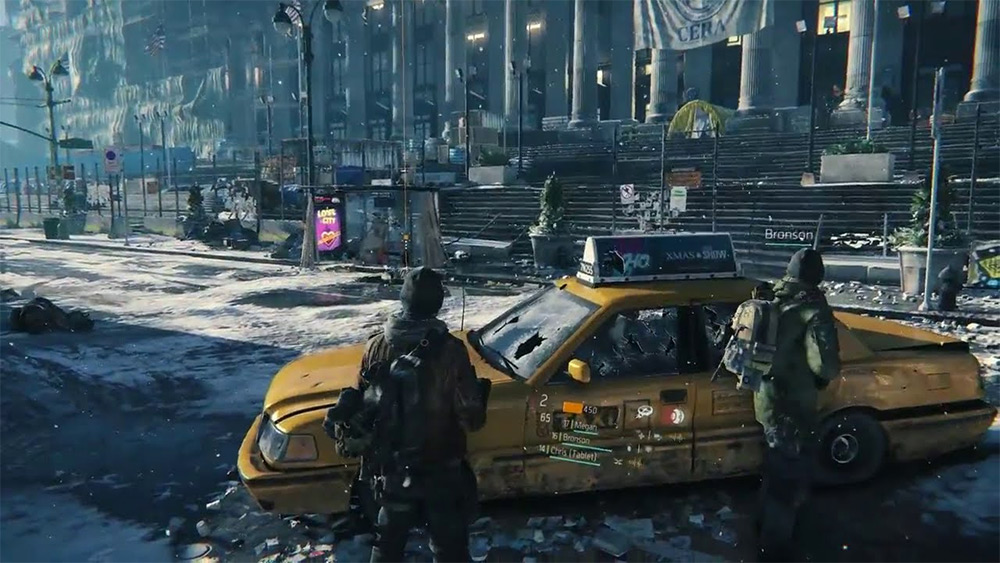 The back story involves a pathogen spread by contaminated dollar bills during a Black Friday sale. The disease spread like wild fire and a secret organisation known as The Division was activated to restore order to New York. In many ways the Division is a game of two halves. When you first start out there are plenty of missions to keep you busy and exploring the streets does provide a couple hours of fun. As the number of missions dwindle, the few that remain need you to be a much higher level. Thats when the grinding starts. Side missions and encounters generally revolve around you going to find someone to shoot, or protecting a box whilst people come to shoot you. Slowly but surely you kill people, collect money, weapons and gear and convert them into better weapons and gear. For the hardcore RPG fans there is plenty of modding, crafting and collectables and to fair on the Division, there are moments of joy when you get your first ‘specialized’ or ‘High-End’ weapon. 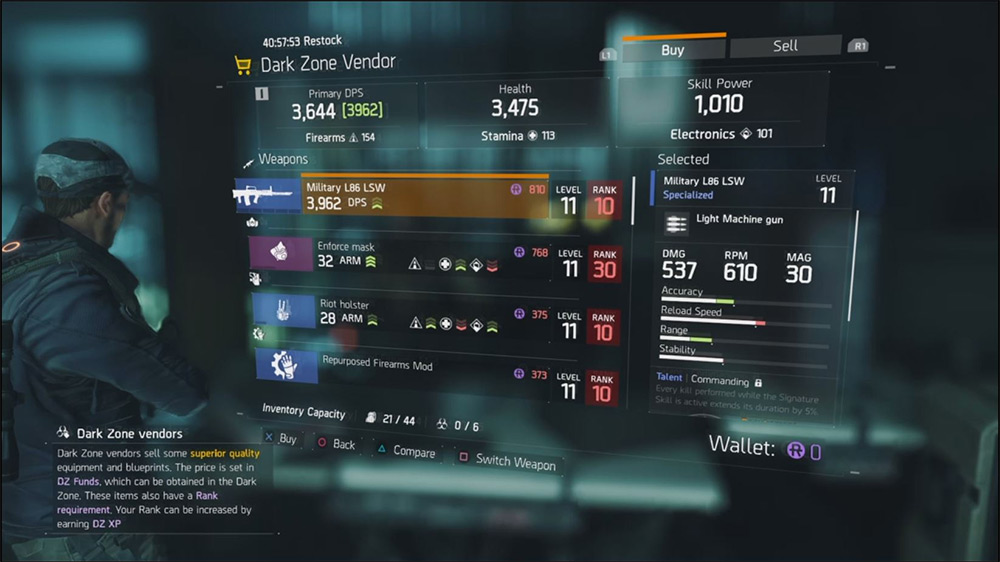 Once you get past level 15, you can try your luck in the Dark Zone, a no mans land on the fringe of New York. There is something very exciting about the Dark Zone, not only can you be killed by various gangs (who have their difficulty settings cranked up to the max), but you can also be stripped and pillaged by other agents. The aim of the Dark Zone is to explore, gather gear and have that gear extracted via helicopter at certain spots on the map. However, each extraction point has plenty of goons about as well as other players looking to go rouge and rob you of your precious gear. As players wait for the helicopter to arrive there are plenty of tense moments are other players circulate the area. The question of whether or not they are good or not can be fun… until someone kills you and the last hours work has been for nothing. Wasted time was one of my biggest gripes on the Division. Missions and side missions could take a while and with no saving function I had to give up mid mission to do other things. In the Dark Zone I would gather weapons and gear only to have it all taken at the last minute by someone three or four levels higher than me. Ultimately, this boils down to The Division being a ‘team-based’ shooter and not really a single player game. It can be played alone, but it is much harder and therefore more frustrating. However, when you do succeed, those little victories do feel awesome. 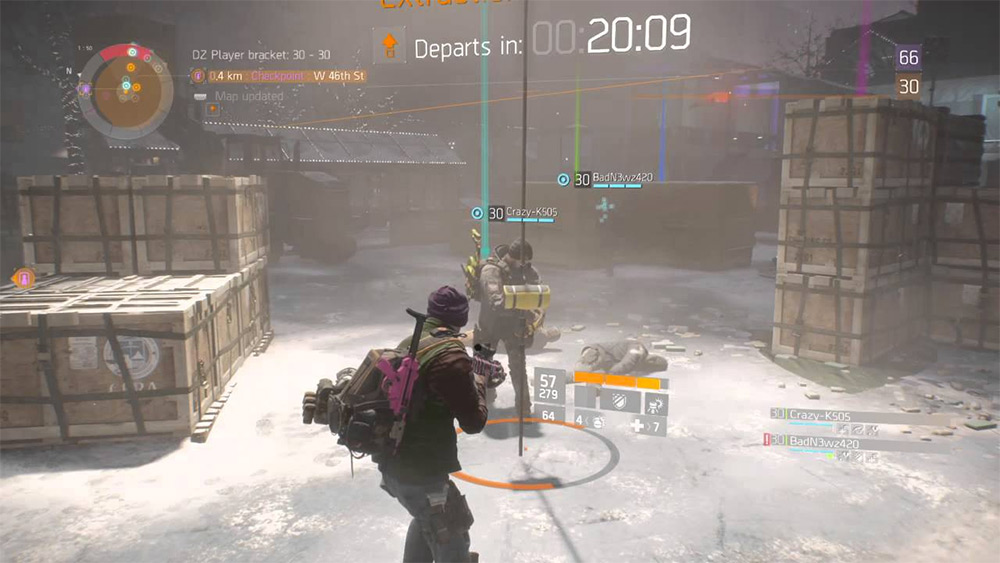 Bugs seemed to be a common feature of my game. I saw weapons hover above players head, npc’s stuck in walls and I found myself stuck in parts of the scenery on more than one occasion. During one particular mission I was unable to go up a three inch step and had to reboot in order to complete the level. The Division has plenty of satisfying moments and I loved seeing my base of operations grow and develop. As places were cleared I could see peace keepers roam the streets and Ubisoft does need credit, where credit it due. However, despite the very cool premise of a city brought to its knees by a flu virus, there was a nagging feeling at the back of my mind. Essentially, you play a secret government lap dog shooting the surviving populace to bring order back to New York. You are not accountable to anyone and the idea of the president having a private army wreaks of totalitarianism. 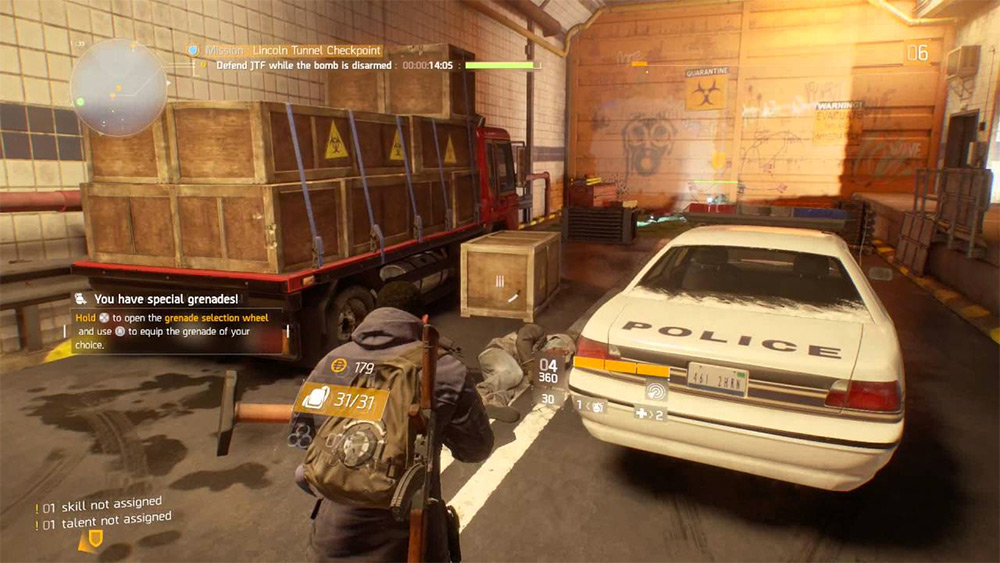 Regardless of it’s Nazi-esque undertones, the game is inconsistent. It can be great fun at times and desperately infuriating other times. Early missions feel fresh but then the grind soon becomes tiresome and boring. If I ever get to level 30 I might be tempted by the new incursions, but at the time of writing, it sounded like a very long and very hard raid against waves of different enemies whilst working with a team of four to blow up a tank. With some exciting games just on horizon I’m not sure if I want to give The Division any more time. Well done Ubisoft for stepping up your game, there is fun to be had in The Division, but the irregular difficulty spikes, repetitive missions myriad of bugs will turn a lot off before reaching the end game. If this review has been useful, please share it on social media and subscribe to my YouTube channel for more videos . 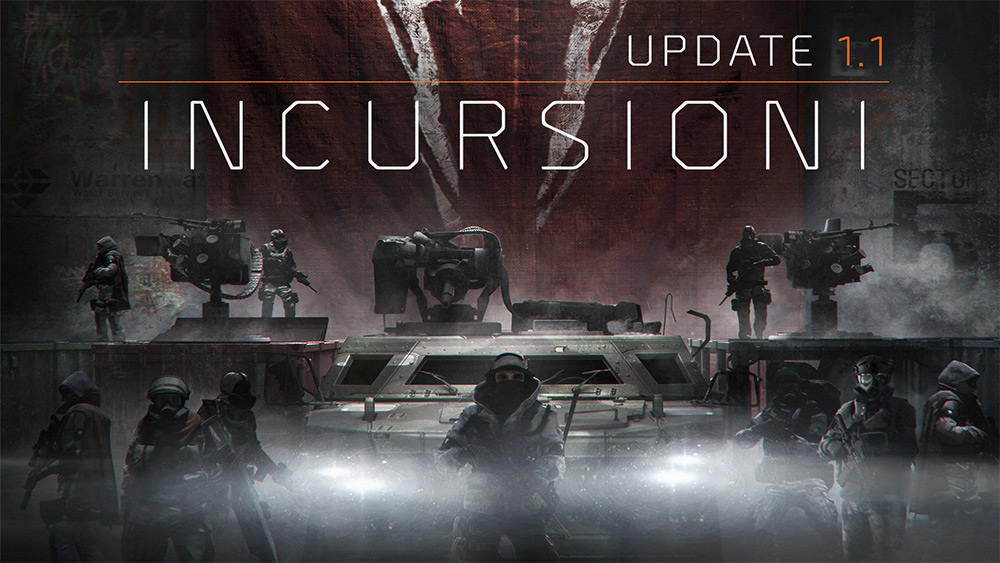