After finally seeing off the impossibly difficult end boss in Quantum Break, I can now happily share with the world, my views and opinions of this pivotal game. Initially turned off by its short five hour game time and limited replayability, it took me a month to dive into this one, but once on the narrative steam train (as it’s not quite a rollercoaster), I was thrilled to be onboard. 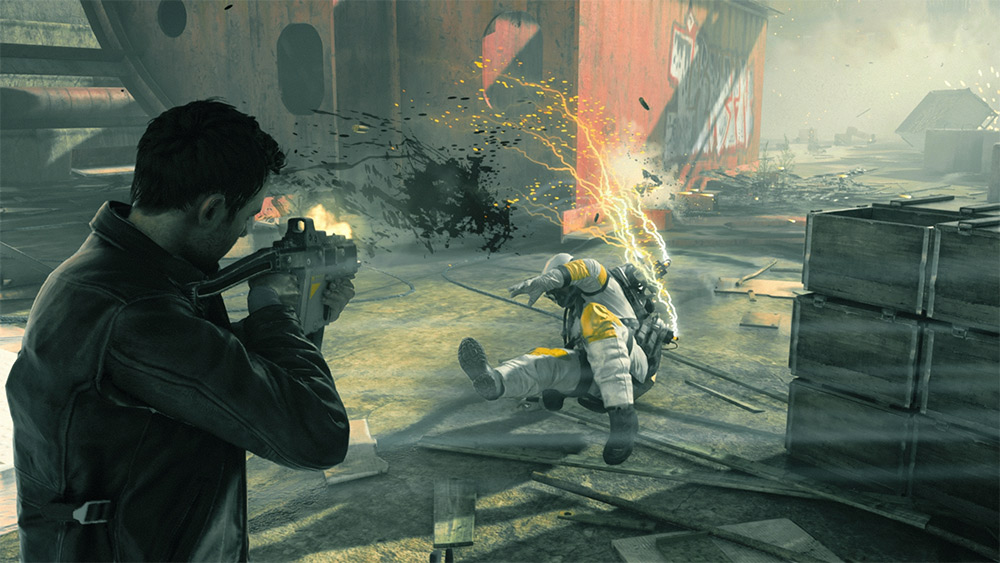 Quantum Break is a third person, action shooter by Remedy, the creators of Alan Wake and Max Payne. The story follows the exploits of Jack Joyce, the main protagonist, who is trying to stop Paul Serene, a close friend and later arch-enemy, from enforcing the end of time, after a failed time-machine experiment. The same experiment gives Jack time manipulation powers that include the ability to slow down time, to stop oncoming bullets, run about when time is slowed, giving him super speed and finally some weird time explosion that doesn’t make any sense in terms of time power, but is great for knocking snipers from elevated positions. 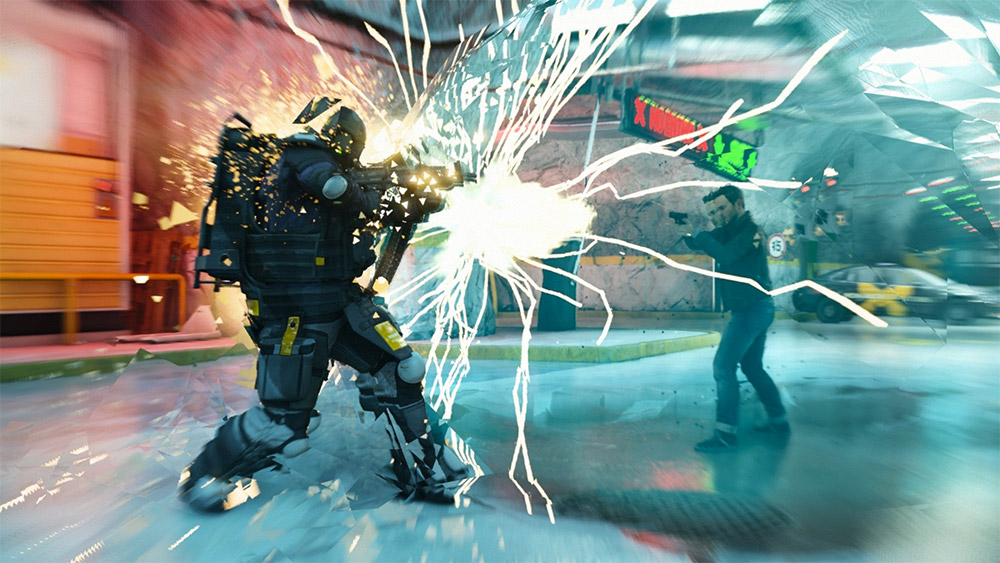 The first thing you’ll notice is the graphics, which are stunning and really feel next generation. The dark colour palette is lifted by the magic of time with swirls, speed lines and spasming cracks. The soundscape is extensive and convincing, with plenty of dialogue and narrative by Jack Joyce and the rest of the cast. Sometimes the dialogue continues even when you are on the other side of the building exploring every nook and cranny for array of power ups orbs which is a bit weird, but necessary to move the story along. 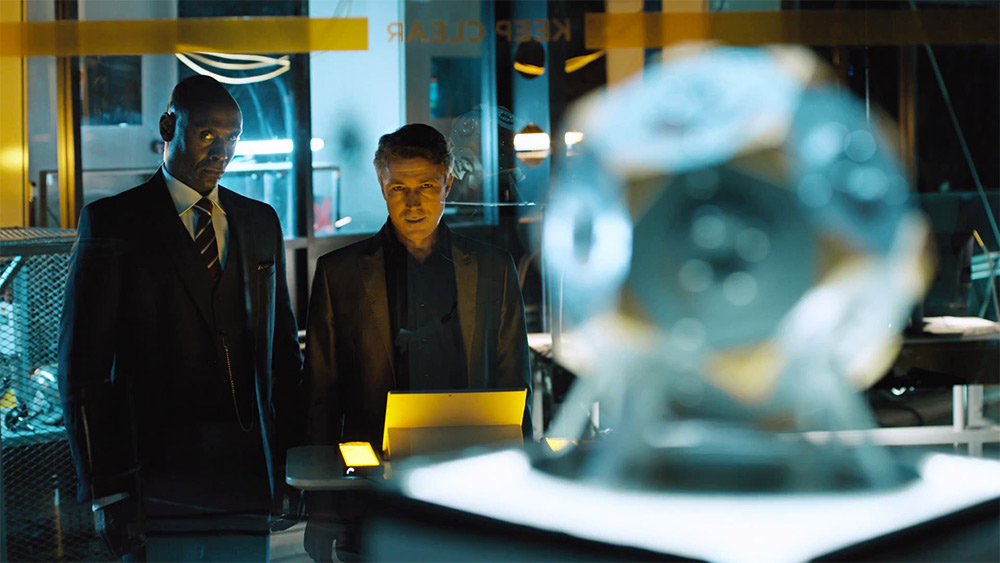 The gameplay is a mix of cover shooting and platforming, with a smattering of puzzle elements. Joyce investigates various areas before heading the to the evil megacorp Monarch, that was set up in the past by a time travelling Serene. Sadly, most of the game is laid out with button prompts, so you’ll never be stuck for long. However, the pacing of the story is great and the cinematics are incredibly impressive. The story is further deepened by the live action episodes at the end of each chapter. These Sci-fi channel style programmes tell the story through the eyes of one of the Monarch mercenaries, as he discovers what the company is up to whilst in pursuit of Jack Joyce. It takes a couple of episodes to get into and gives the game a real feeling of grander. It is this merging of video game and live action that highlights the importance of Quantum Break in wider gaming world. Remedy really have created something new and interesting. Sure, the live action stuff lacks budget, but they have done incredibly well and the story it tells is genuinely interesting. 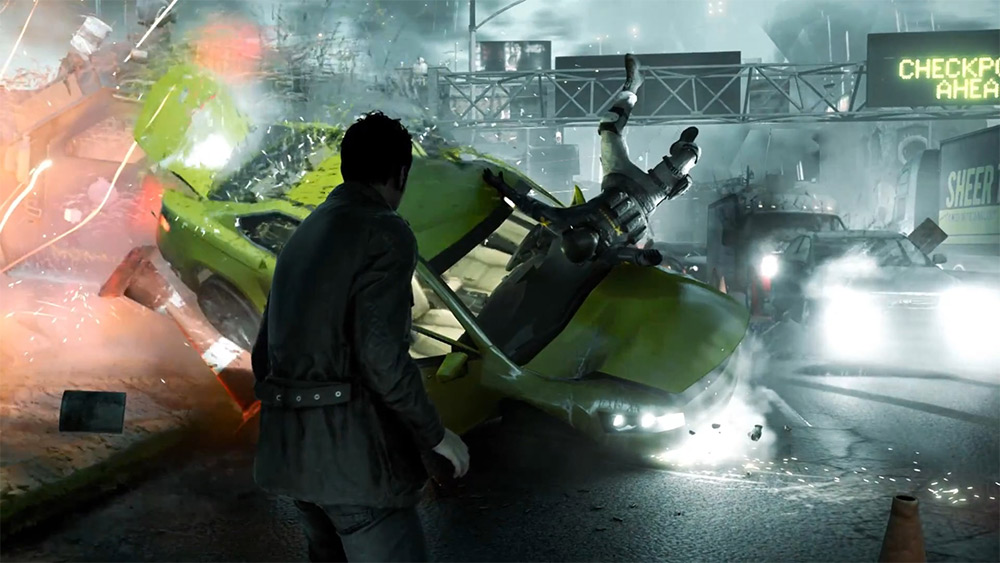 There is something epic about escaping a collapsing bridge in frozen time. As exploding trucks fly by creating platforms and twisted metal bends to reveal escape routes, Quantum Break combines the best of Tomb Raider, Gears of War and Super Hot into something new and shiny. It has to be played to be believed.

The button prompts, overlapping dialogue and overall shortness will be an issue for some players, but this game is a refreshing single player experience is a sea of multi-player shooters. 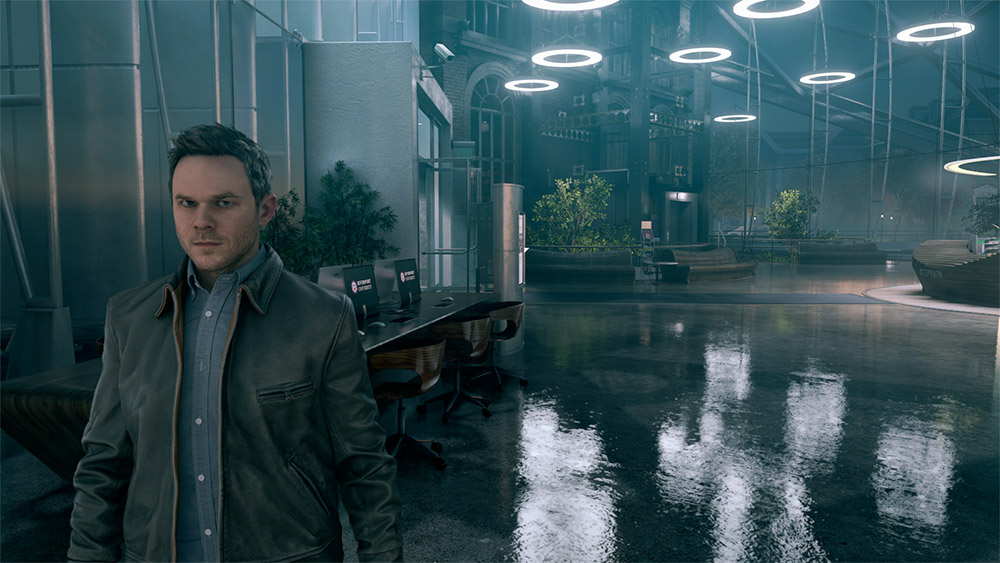