Firewatch made me feel so guilty for cheating on my in-game wife, I had trouble sleeping. Never in my gaming life has a title ever stirred such an emotion. Sure, the game looks beautiful and the voice acting is top notch but emotion… thats pretty rare in a video game these days. Here is my review of Firewatch, now out on Xbox One. 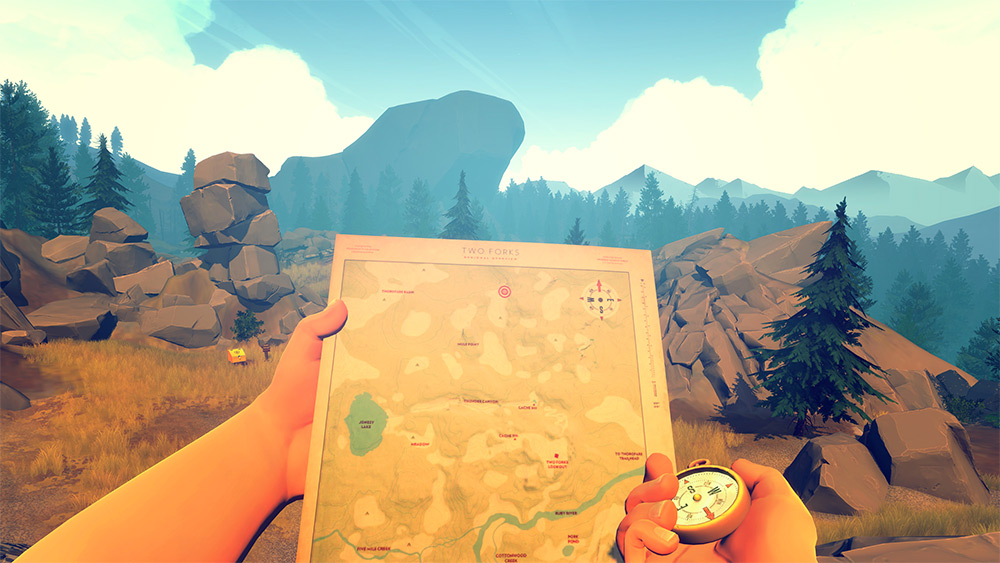 Walking simulator may feel like a derogatory term, but the new first-person, combat-free adventure game genre, have taken it their stride and made it their own. After all, it’s much snappier that ‘first-person, combat-free adventure game’. Firewatch takes place in the Wyoming wilderness in 1989. You play Henry on his first day as Forest-fire lookout at the Shoshone National Park. Henry’s wife develops early-onset dementia at 41 and Henry is taking a break from care-role whilst his in-laws look after her. On his first day, Delilah, his supervisor, contacts him via walkie-talkie and asks that he investigate illegal fireworks at the lake. From there you spend the time talking with Delilah over the walkie-talkie and generally moving from point A to point B conducting various jobs around the park. 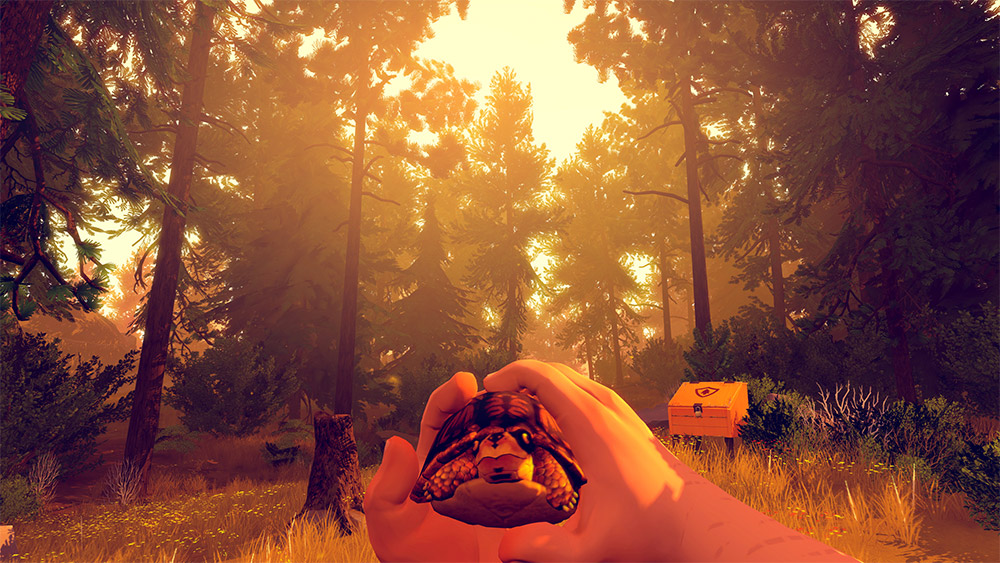 The story then takes all sorts of twists and turns and goes from creepy to downright strange. The conversations keep the plot moving and sounds and visuals are beautiful and atmospheric. Walking through the forest and rocky outcrops was actually really quite peaceful and something the Xbox One version has taken advantage off by adding a ‘free-roaming’ mode for players to simply enjoy. When you finish part of the narrative, the next chapter appears on a black screen stating the day you are on. In many ways, it felt like it was a ‘choose your own adventure book’ and my decisions in the game corresponded with the next day I would play through. At one point, I would be on day 30 and discover a key piece of information then I would jump forward three weeks. 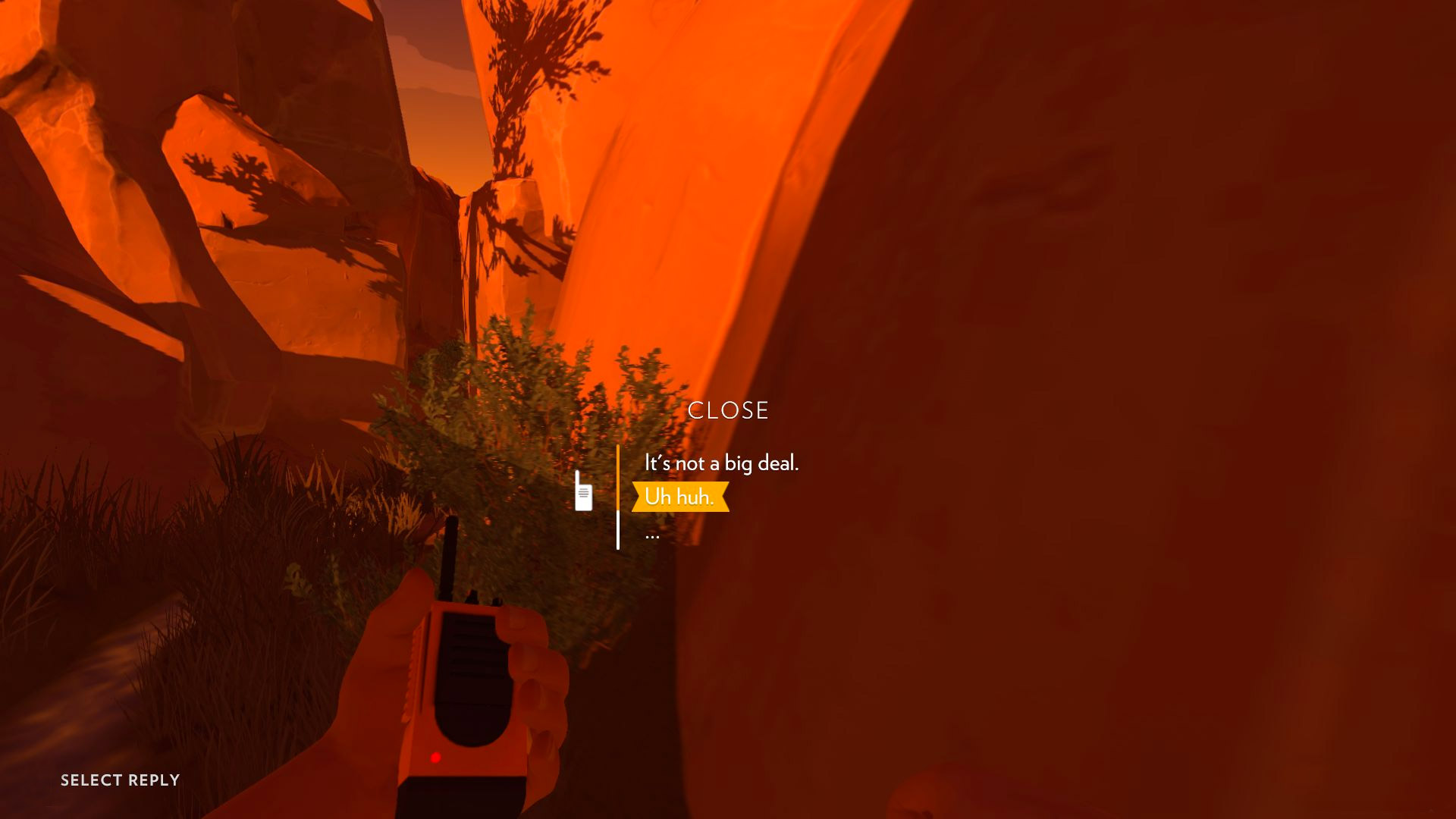 The game can be played through in around five hours, which is the perfect amount of time, in a market saturated with 20+ hour titles. The games uses familiar first person controls to walk around, interact with objects and climb or or abseil down the various cliff faces. Conversations over walkie talkies have various dialogue options as well as the option to simply say nothing. As mentioned earlier, the Xbox One version not only adds a free-roaming mode, but also a developer commentary mode that adds various museum pods that can be accessed to give you an audio journal of the games development, as well as a few cool little toys to play with such as the third-person view. This latest version also uses that latest version of Unity which brings with it additional bells and whistles. 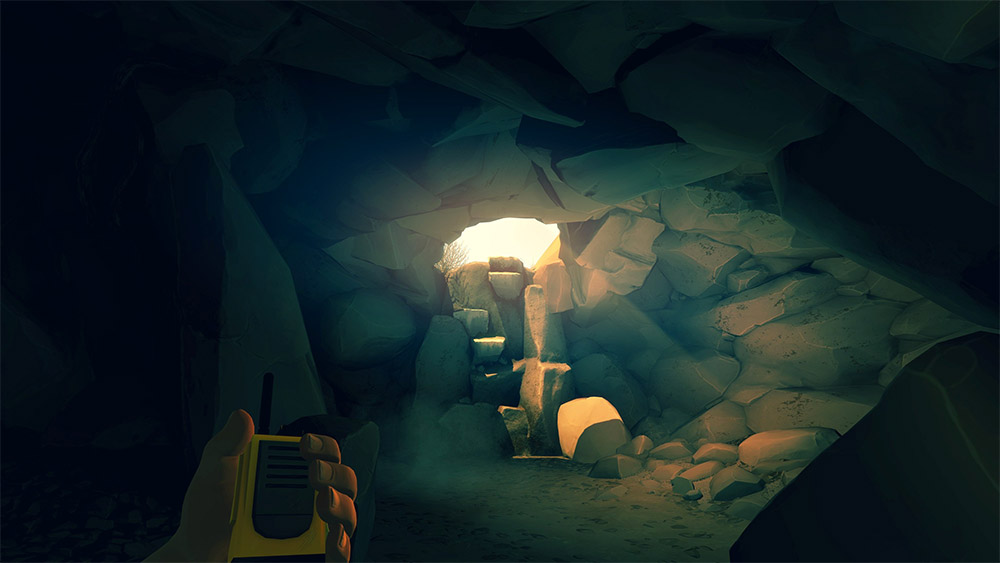 The dialogue is what really brings the game alive as you learn more about your character, Delilah and various other who ventured onto the mountain. As you spend more time talking with Delilah you have the option to flirt. Although it feels right for the narrative you can’t help but feel guilty for your suffering wife back at home. Stirring emotions is what Firewatch does best. 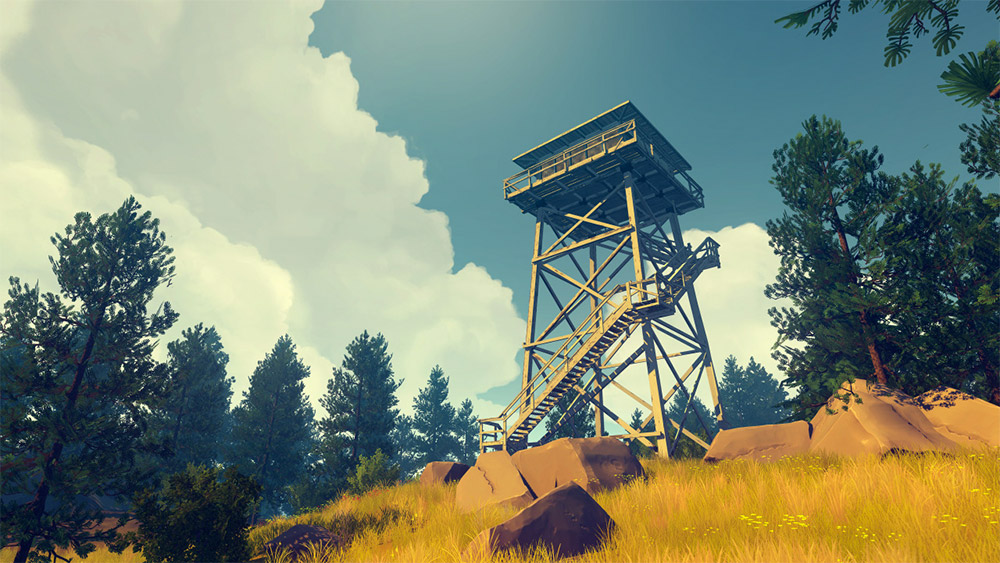 Overall, Firewatch is breath of fresh mountain air in a marketplace full of frantic shooters, frightening horrors and face-paced diving games. Whilst you can compare this to ‘Dear Ester’, ‘Gone Home’ and ‘Everyone has Gone to the Rapture’ it holds it own with a emotion-invoking story, beautiful aesthetics and convincing audio work. It’s worth playing through the full five hours despite a couple of lull moments as the emotional journey is worth every step.