Shift Happens is a happy little puzzle platformer from Klonk Games following the escape of the jelly-baby styled Plom and Bismo. One is small, red and nimble and the other is bigger, stronger and a little slower. These two robot shapeshifters look like play dough figures created by a five-year-old and are able to morph into each other allowing them to become big or small at the click of a button.

After an accident in the factory in which some blue and red paint mixed with the robot mixture, these two sentient robots set about moving from room to room in order to leave the factory. The game is set around four stages, each having various levels per stage. Each stage has increasingly difficult puzzles that include pressing buttons, using boxes and pressing weighted switches. Test areas within the game introduce the player to new skills in a safe environment. 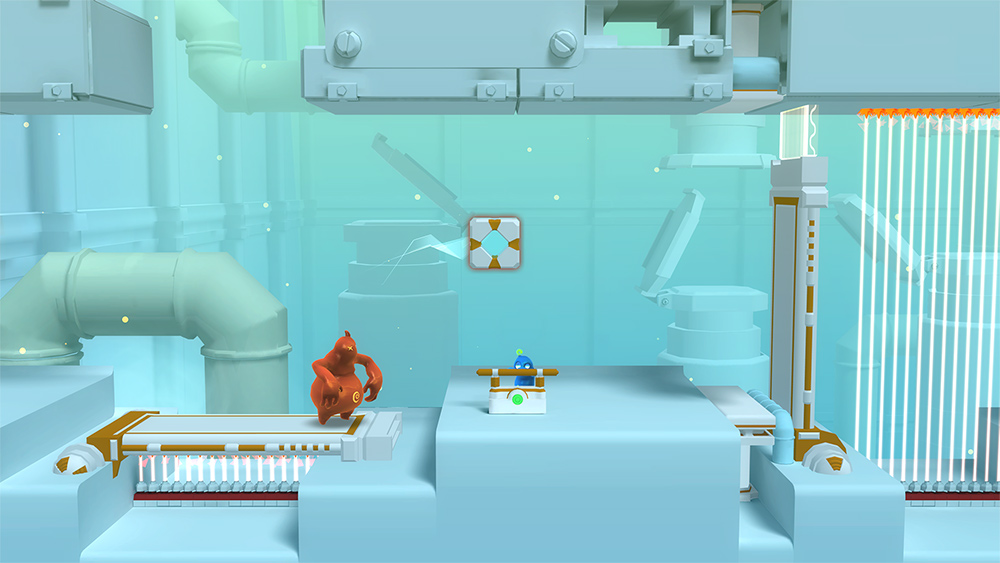 This game is built for two players and couch co-op as each challenge is designed to be solved by using both characters. Shift Happens can also easily be enjoyed in one player as a flick of the lower left thumbstick changes the players control over to the other character.

Whilst I really enjoyed playing this alone, the most fun was either playing with my children or simply letting both my children play together. This has to be one of the best games for young children I have seen on the Xbox in a while. There is no guns, death, scary characters or licensed character. Children simply work together to push buttons and trip switches. At the end of each level, there is a funny dance, complete with falling confetti you can jump around in. It’s good clean fun for children. 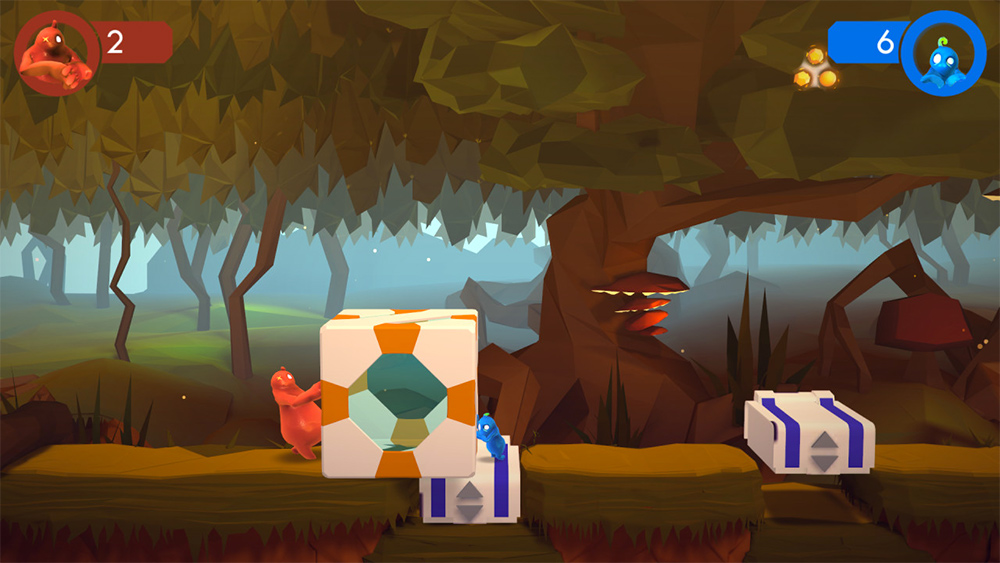 As there is no real perma-death, players who drown or get squashed simply turn into a puddle of goo with eyes that can be easily revived using the shoulder buttons.

Whilst many of hardcore gamers will find the first couple of stage overly simplistic, it is pitched perfectly for kids aged five to eleven.

Overall, I found Shift Happens a sweet game that is functionally sound, aesthetically inoffensive and really fun to play. This is sure to make it onto my list of children’s games on the Xbox One 2017 as it’s good, clean fun for adults and children alike and encourages co-operative play and working together. 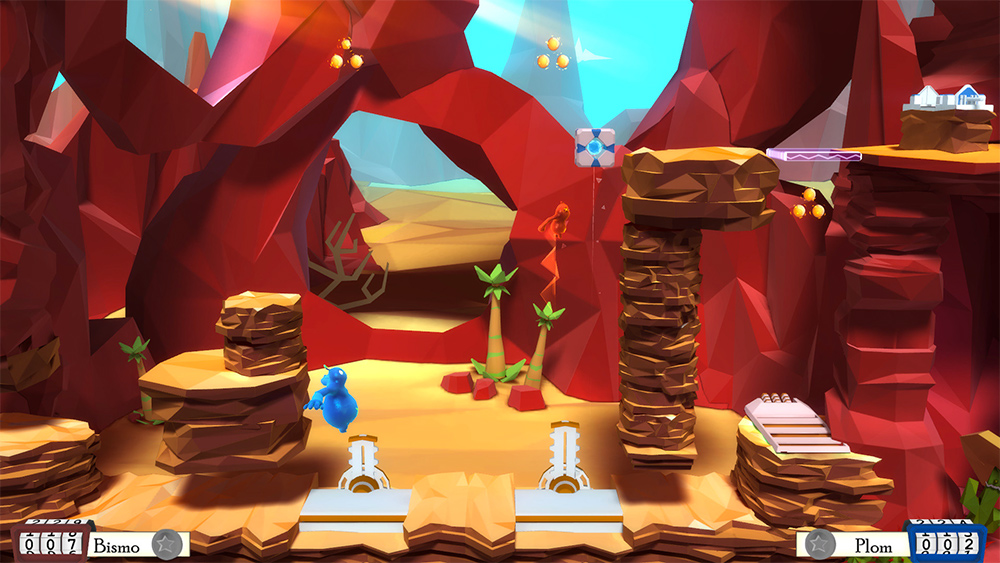