I cannot gush enough about how beautiful the new Wonderboy game really is. The hand painted graphics and lovingly created characters are straight out of classic cartoons from the eighties. This retro remake of Wonderboy 3, possibly the best game in the series, oozes nostalgic charm, but is Wonderboy: The Dragons Trap out of time and out of touch… here is my review of the all new Wonderboy and The Dragons Trap. 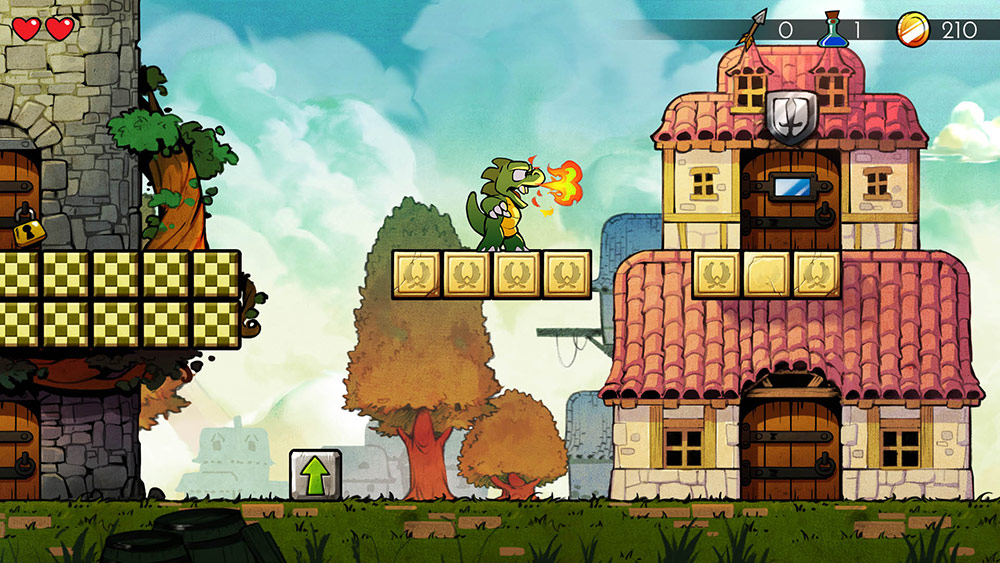 1989 was a golden year in gaming with such classics as Duck Tales, Final Fight, Golden Axe and Super Mario Land. The level of the games had been ramped up and Sega brought it’s A-game with Wonderboy III: The Dragons Trap. To many, this was the best in the series. Now, almost 20 years after the original, Dot Emu have re-imagined this 8-bit classic is a way in which all retro remakes will now be marked against. The original pixel art style has been completely reworked to look like a mix of paper style comic and Saturday morning cartoons. This is the way we wanted our games to look in the eighties that the technology couldn’t deliver. Now this dormant dream has been realised in the array of stunning hand-painted scenes and characters. It doesn’t matter that over the course of a few screens you walk through pyramid filled desserts, volcanic islands, pirate ships and wide open prairie lands. When something is so beautiful, you are willing to allow it certain inconsistencies. Sadly, it’s historical accuracy is also it’s undoing, as in its struggles to be authentic has meant the controls are as shonky as it’s source game the difficulty level can increase dramatically if the characters are not played in the correct order. Without knowing about a ‘character changing’ I found myself spending an hour and a half trying to beat a level way above my health level. 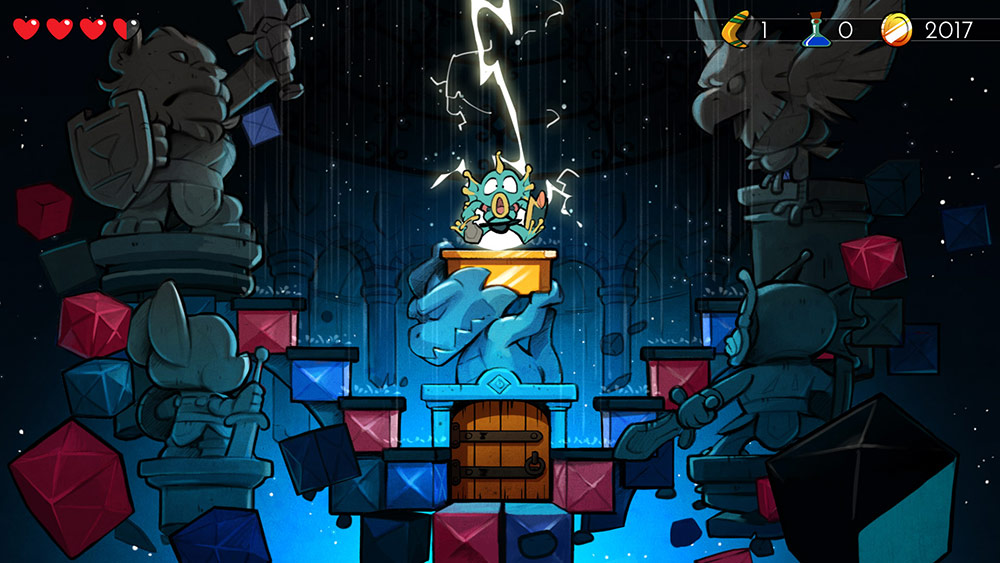 Whilst the openness should be applauded, a little hint about the block would have ensured I completed the game in the 5 hours intended. This play time can be extended by grinding the levels to get all the gear which would be fun if the gear didn’t have little visual impact. I had hope that getting the Princes Armour, Dragon Sword and — shield might give my character an all new look for me to fawn over. Sadly, the upgrades seem to be statistic-based and only serve to dispatch your enemies sooner, rather than change the hero visually. The narrative follows young Wonderboy (or Wondergirl) after an epic battle with the Mecca Dragon. Wonderboy is subsequently cursed and turned into a half-human lizard man. Wonderboy must travel across the land and defeat the other big bosses in order to transform into the various other characters. Each new character comes with abilities that open up additional areas of the map. 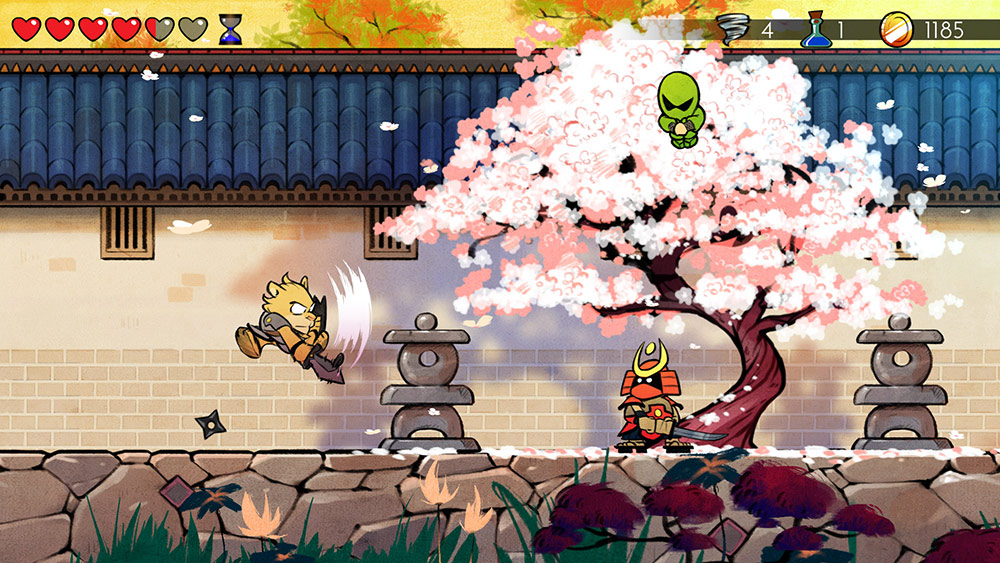 Wonderboy: The Dragons Trap sets the bar when it comes to retro remakes, as one touch of right trigger activates a screen wipe that changes the game back into its 8bit style (whilst keeping the modern screen ratio). Similarly, a click on the thumb stick switches between the updated sound and music, to the classic chip tunes and effects of the original. 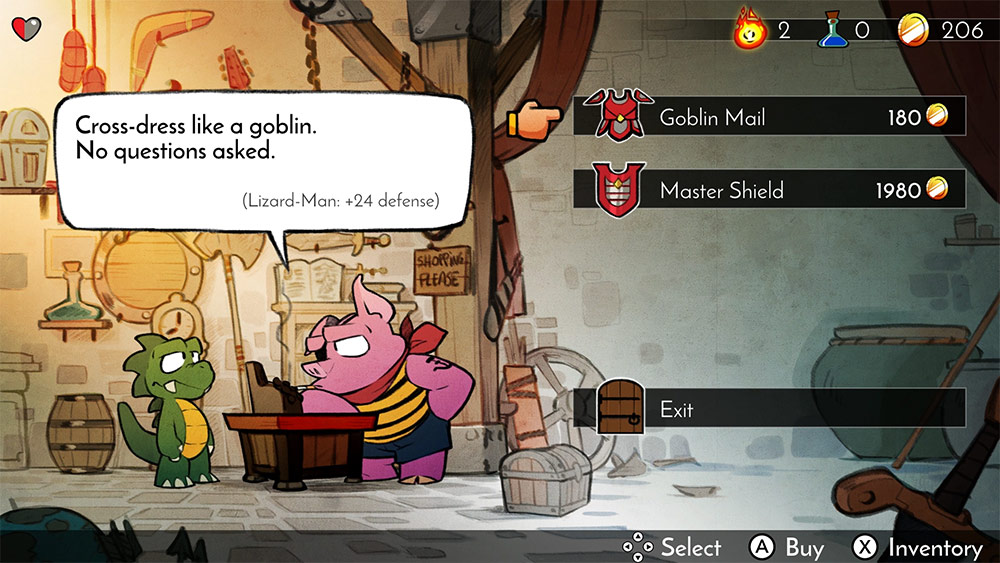 Overall, Wonderboy hits all the right buttons for a nostalgic trip down memory lanes but with the added advantage of beautiful graphics and animations. It shows that classic games will always be fun and modern audiences can enjoy them too. The gameplay can get difficult at times and some hand holding wouldn’t have gone amiss. However, I really enjoyed my time with Wonderboy and recommend it to all those looking for a simple indie title that is a blast from the past. 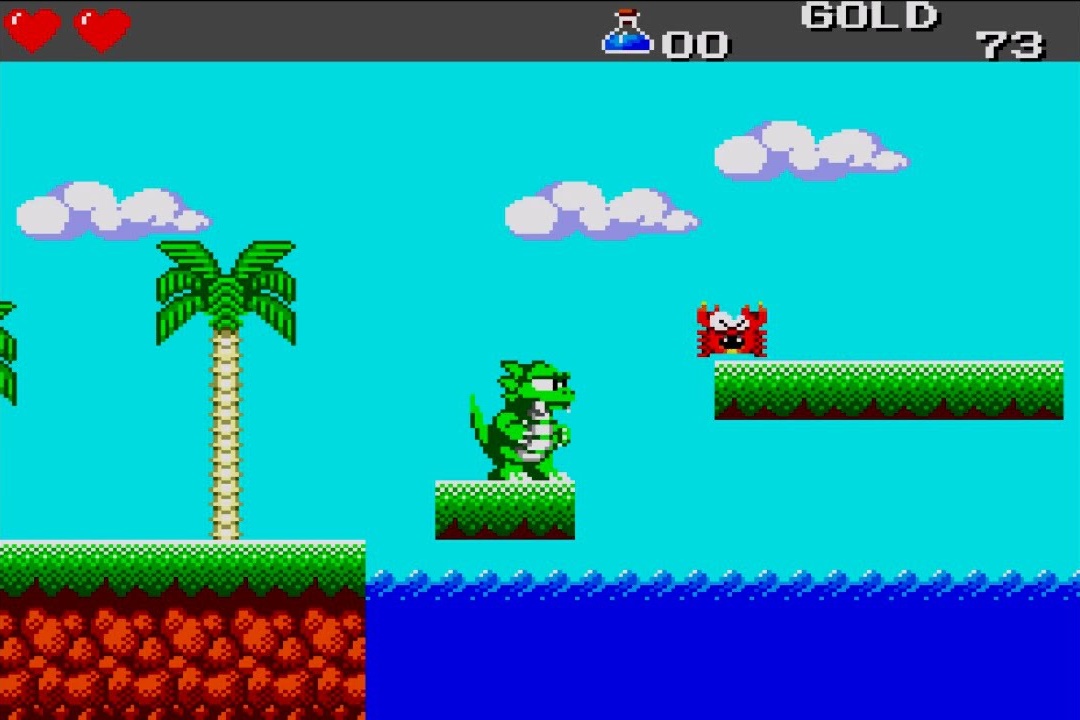