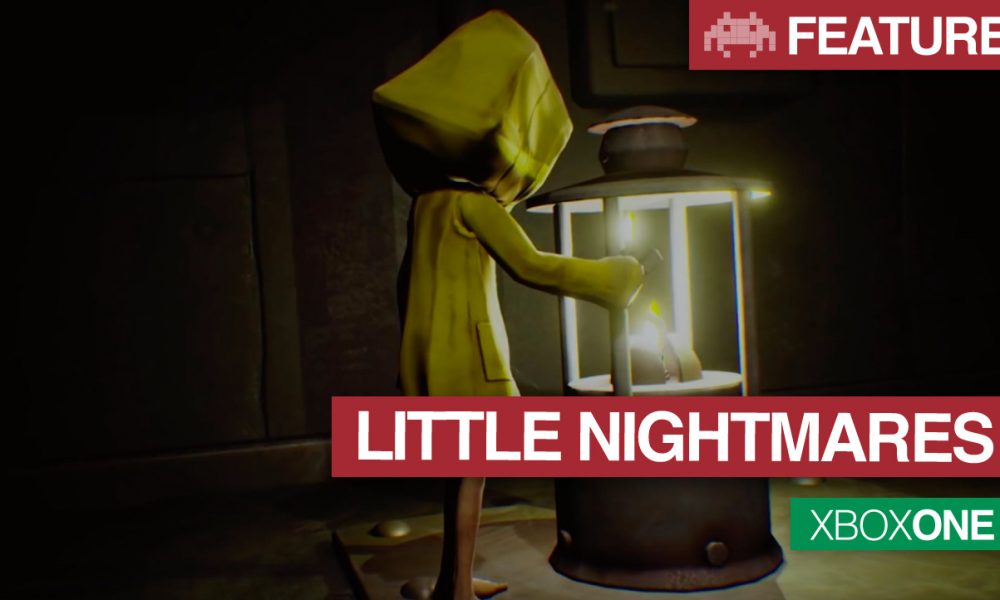 Every so often a game comes along that a mere screenshot can give you goosebumps. Whilst many scary games rely on jump scares or tension building, Little nightmares just looks horrific from start to finish. However, it doesn’t do it with blood, gore or monsters, it simply traps a lost little girl inside a place in which everything looks and feels wrong. 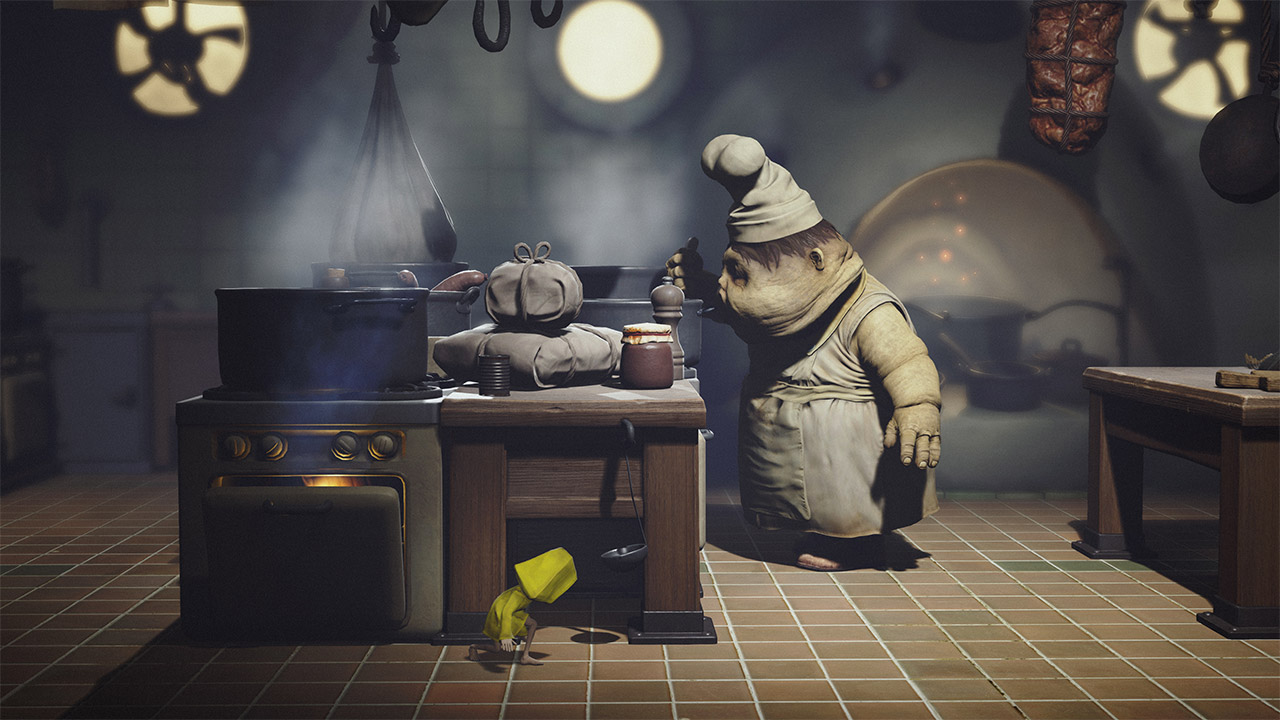 I originally played little Nightmares at EGX Rezzed a couple of years ago and was mesmerized by the haunting graphics. The claymation style characters and horrifyingly beautiful set pieces were enthralling. In the middle of it all, a hooded little girl called six who wakes up deep in the ‘Maw’, a floating hell hole that set sail from Silent Hill.

The enemies make up the majority of the narrative set pieces and you will find yourselves being chased by Mr Tickles creepy uncle and sneaking past Bulbous chefs only found in the dodgiest backwater pubs. Enemies only seek to chase and catch you before it fades to black and you wake up with a start at the last saved checkpoint. The enemy encounters are broken up with simple puzzles, platform traversal and eerie environmental storytelling. 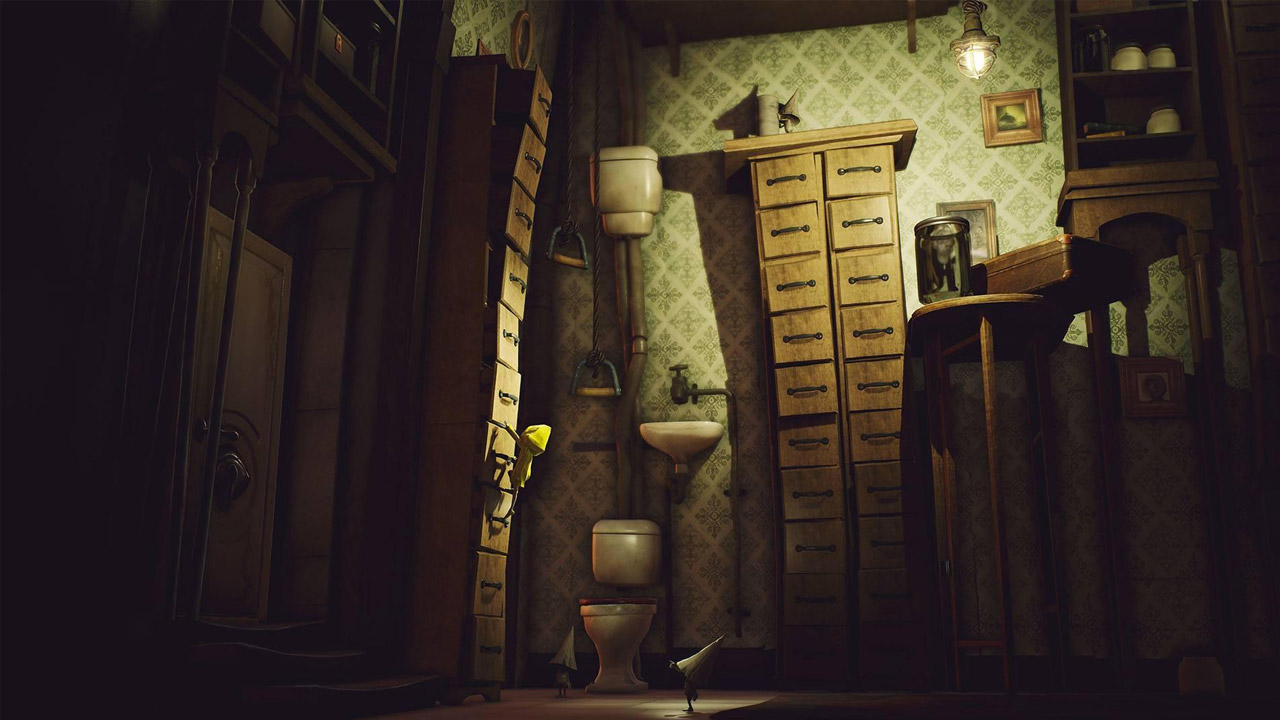 At around five hours, the game doesn’t overstay it’s welcome and additional DLC is available for those wanting to dig deeper into the unsettling world of the ‘Maw’. However, after feeling quite content with my playthrough, I was happy to sing its praises.

Overall, Little Nightmares is a beautifully horrifying experience with no direct story apart from you needing to escape. However, this lack of hand-holding gives players the chance to make their own decisions on what is going on. Whilst some might be frustrated about not having their suspicions confirmed, many will simply enjoy the experience to its final conclusion. For those eager for more information about the sinister world of Little Nightmares, there is an associated comic book series and there is also a TV show in the works.

So if you are looking for a tense, horror adventure without all the blood, guts and jump scares then delve into the depths of the mysterious ‘Maw’ and help six escape her captors. 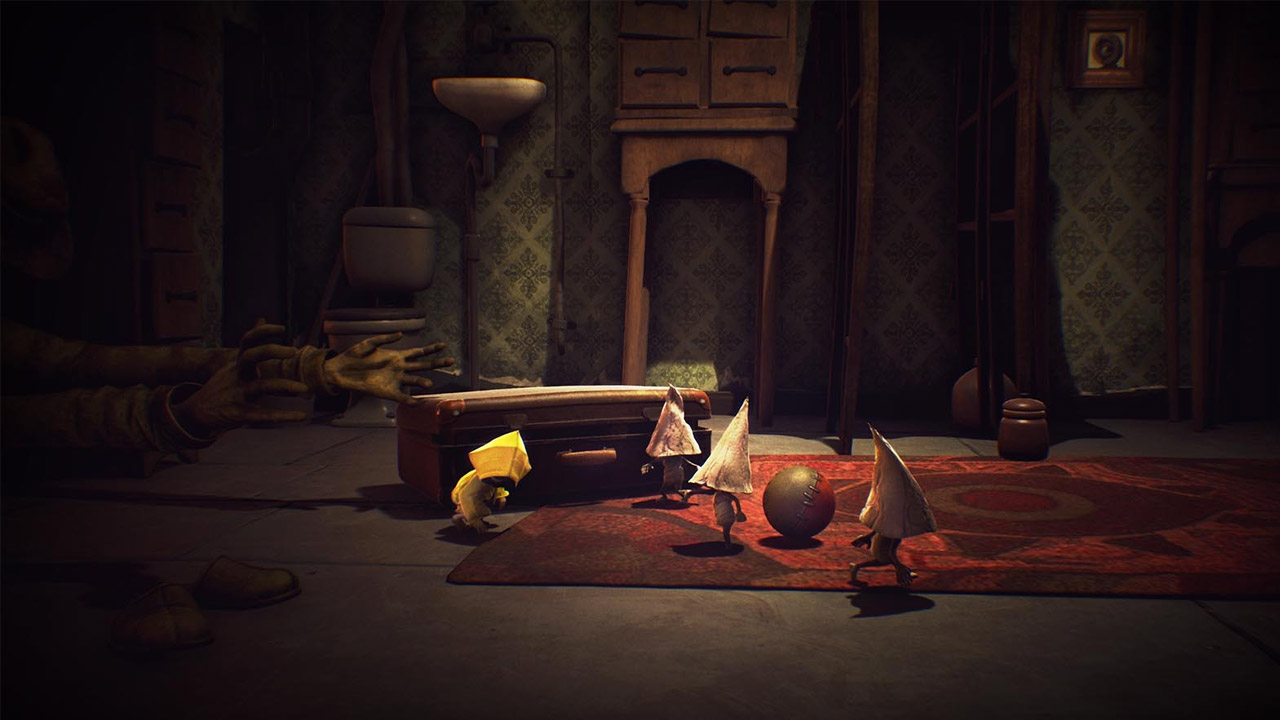