When I found out that the legendary Brenda Romero agreed to be the keynote speaker Game Anglia, I couldn’t have been happier and I was nothing short of star struck.

Brenda is a fantastic game designer and developer originally from America and now lives in Galway, Ireland. BAFTA award-winning Brenda is one of the longest-serving women in the games industry, starting her career in 1981 on the Wizardry role-playing game. Brenda has worked on a slew of games that range from Dungeons and Dragons to Playboy: The Mansion. Considered one of the most influential figures in gaming, Brenda has created both board games and video games including the critically acclaimed ‘Train’ that was based on the holocaust. Throughout her illustrious career, she has published a book about the industry, given a plethora of talks and help forward the industry as a whole. 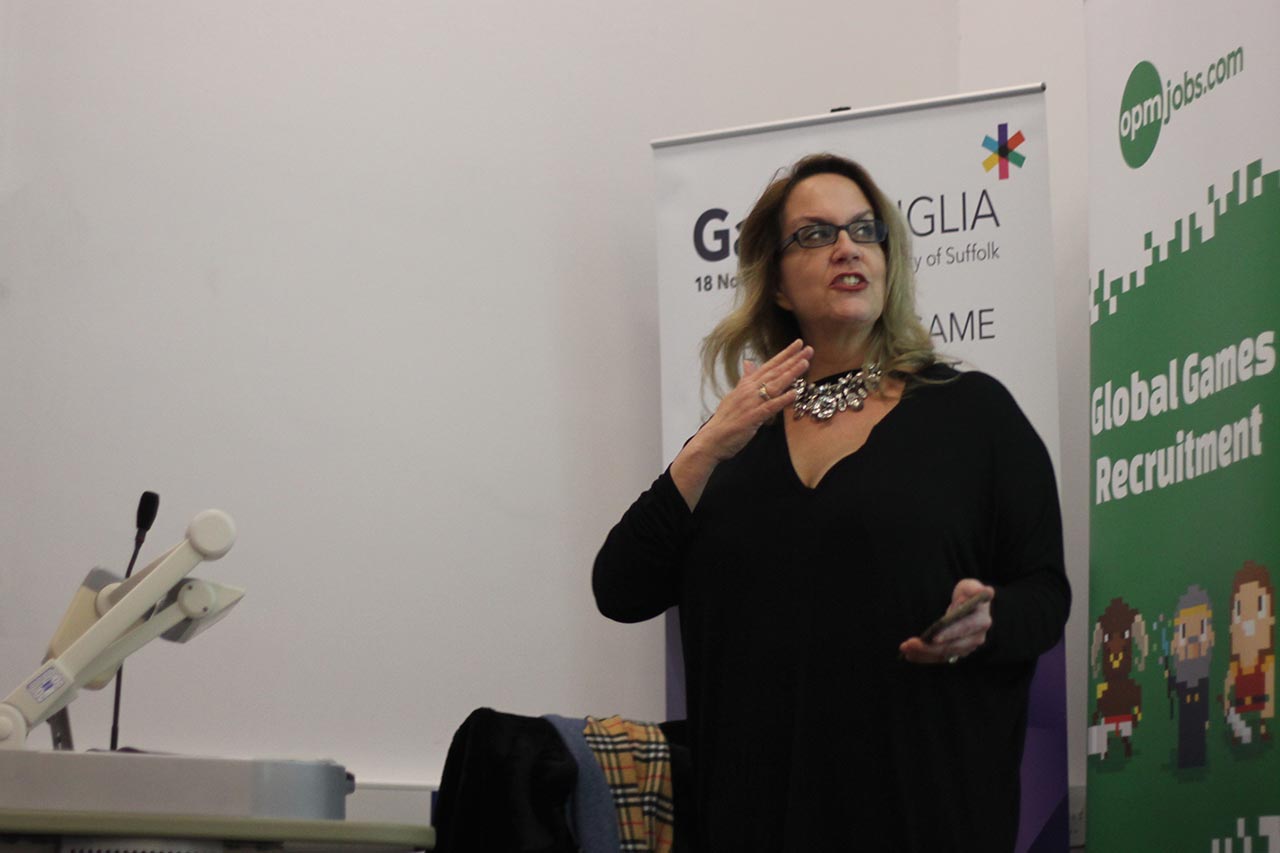 After hearing the topic of Brenda’s talk ‘Women in Gaming’, I promptly researched and prepared questions that related to women in gaming. However, after sitting through her presentation, I soon realised how inappropriate my questions were. The key message throughout Brenda’s talk (about women in video games), was to stop talking about women in video games and simply to discuss people in gaming. There was no need for segregation, separate awards and gender-specific categories. Game designers and developers are just that, and should not be split apart. Female game designers do not need their own league… they want fair and equal treatment and equal respect in the industry.

As you might expect, my questions about the current situation around women in games suddenly became widely inappropriate and I felt embarrassed and small. I wanted so much to impress this pillar of the industry, that I didn’t realise my pre-conditioned sexism. However, despite Brenda’s powerful gravitas and overwhelming confidence, there was a calm serenity that looked kindly on my small-mindedness and was able to change my perspective.

With most of my questions now irrelevant, I fumbled through the interview best I could and learned so much in such a short space of time.

I must say a huge thank you for Brenda for her patience and openness. The insights she shared were invaluable and the keynote speech she gave changed not just my life that day, but that of many budding young game developers as well.