Obviously, Unicorn Princess is not going to be everyone’s cup of tea, but with two daughters, it was a game that caught their eye on the Xbox store as there are very few Princess or Unicorn games available.

Unicorn Princess is a simple fetch quest game that sees Leila, a young girl, with no backstory and plenty of time on her hands, run errands for the handful of people around the map. This is achieved by riding to markers around the world to trigger quests. Whether you are searching for lost rabbits or delivering messages, most of the game will have you finding things or racing around. However, at various points in the game, you will be called to the ethereal Dream World in which you meet and ride Unica the rainbow-haired unicorn. The Dream World is in trouble, as its guardian has lost its three powerful magical items. Throughout your adventures, you will be tasked with finding a sword, shield, and helmet. These items are not only scattered around the map, but there are many fake items dotted around to distract you. 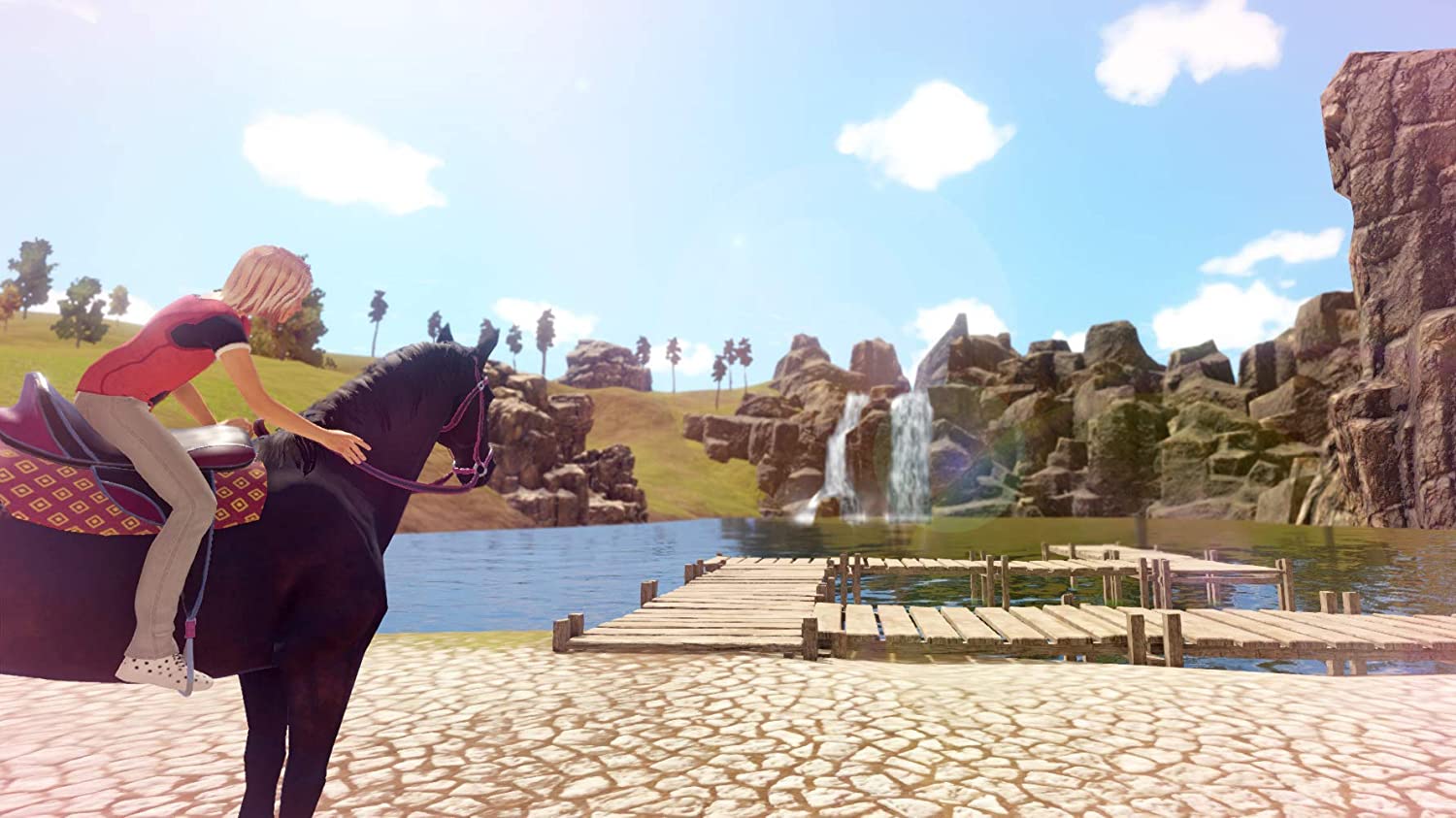 When you are not on fetch quests you can grow your stables to include a variety of horses. Each horse needs to be washed and brushed and each hove needs to be de-stoned to ensure the horse’s well-being. The quests earn money for you to expand your range of horses, tack, and saddles. Alternatively, you can use it to update your wardrobe. However, when in the Dream World you start out in a new pink dress.

To mix up the quests there are also ring races that need to be won. In these races, you must ride around a series of gates collecting certain coloured rings. The correct colour will increase the counter and an incorrect ring will decrease it.

By modern standards, the graphics are just about “passable”, instead of swaying from side to side, the grass actually moves from side to side (root and all), the models are basic and could have been bought from the unity asset store, the voice acting is wooden, but works and the controls, whilst a little clunky could have been worse. The game really is the minimum viable product, but ultimately, my daughter played it for three days straight to complete all the quests and beat the game. About 4-6 hours in total for an eight-year-old. 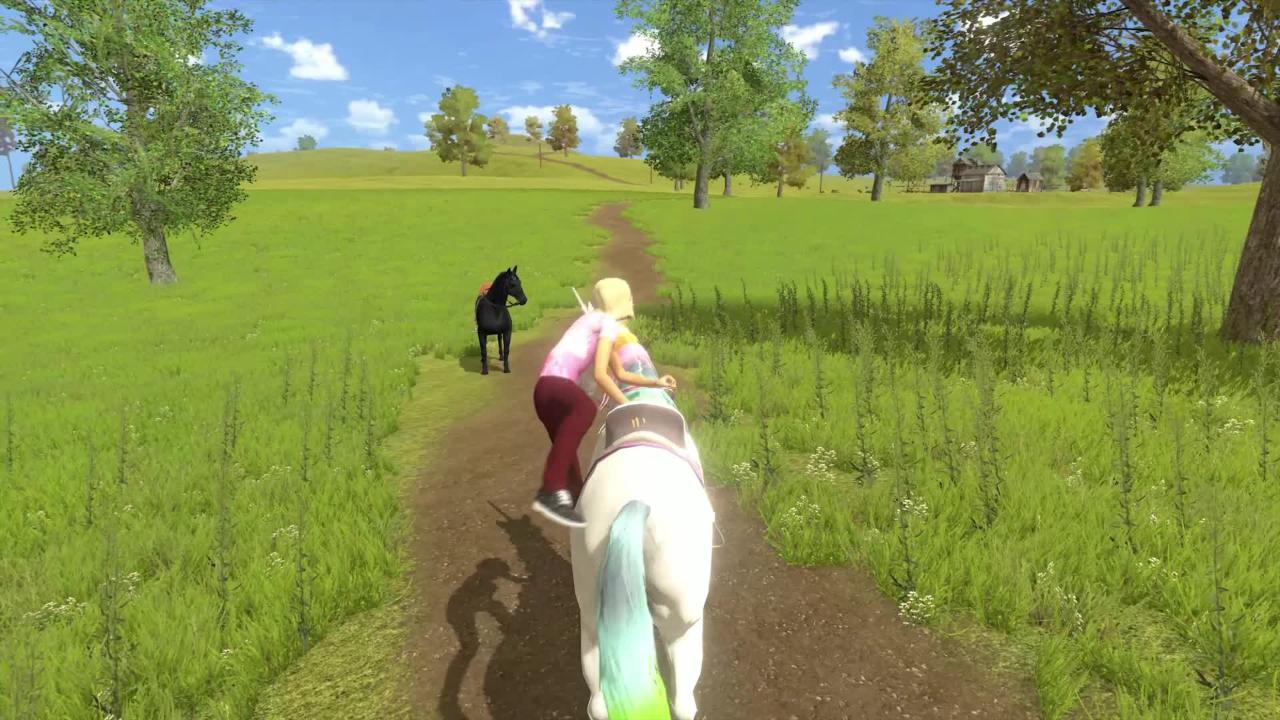 Local multiplayer would have been a fantastic addition to this game, as both children could have ridden around together, making up stories, sharing fetch quests, and looking after their ever-growing stable. Sadly, the game is quite limited in its replayability as all you can do is start the game again by buying different items.

On Steam, this game sells for £15, as there are plenty of Princess and horse riding games to choose from. However, on Xbox, it’s £25 as it stands practically alone within the genre. Yet the game made my daughters very happy for a week, and there are a limited number of harmless games for children, so they both worked their way through the single-player campaign, and in the end, it was worth it.

For more horse games on Xbox, take a look at my dedicated article/video here.