Flat Kingdom is a colourful 2.5D platform adventure following the perilous mission of a shapeshifting knight on a quest to save the princess and recover a stolen jewel that has the power to destroy the world but does it fall flat or the king of the kingdom, here’s my review of Flat Kingdom on Xbox

Flat Kingdom came out on Xbox, Playstation and Nintendo almost five years after its original release on Steam and I am very glad it eventually made the leap. Flat Kingdom is a harmless puzzle platformer with nostalgic nods to Paper Mario and the Dizzy games. The story is the classic tale to save a princess and retrieve an all-powerful gem that has unbalanced the world and turned lovable creatures into angry little enemies. You must travel across six different levels, each consisting of three stages to collect coins, gain power-ups and beat bosses. 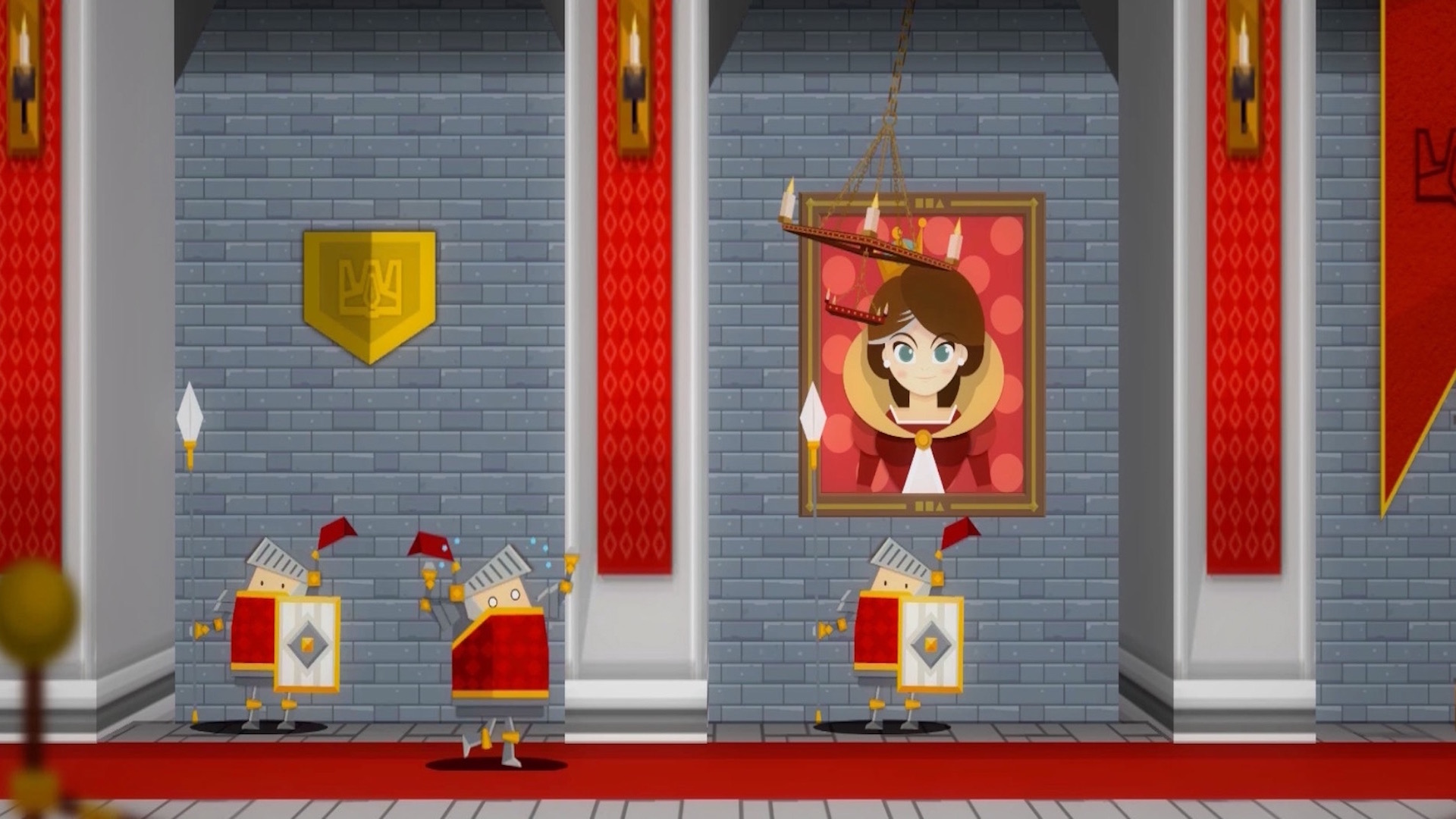 Whilst this might sound like the usual run and gun antics of Ghosts and Goblins or Strider, this is where Flat Kingdom differs. Our hero is unable to fire a weapon, swipe a sword, or even throw a punch. Instead, the fight mechanics follow a rock, paper, scissors style battle as the shapeshifting knight can change into a circle, square, or triangle. The circle form is the standard platformer character in terms of speed and a double jump, the square is stronger and heavier but is also the slowest form. The triangle is fast-moving with long jumps but lacks height. You use these forms to battle the various enemies. Your circle form beats square enemies, your square form beats triangle enemies and your triangle form beats circular enemies.

These forms are also used to solve various puzzles along the way, from smashing through platforms, floating in water and pressing various switches and levers.

The papercraft graphics are vibrant and rich and the 2.5D really helps the world pop. The different stages are the typical fare of a forest, fire, ice and so forth but all feel different enough to keep you playing. 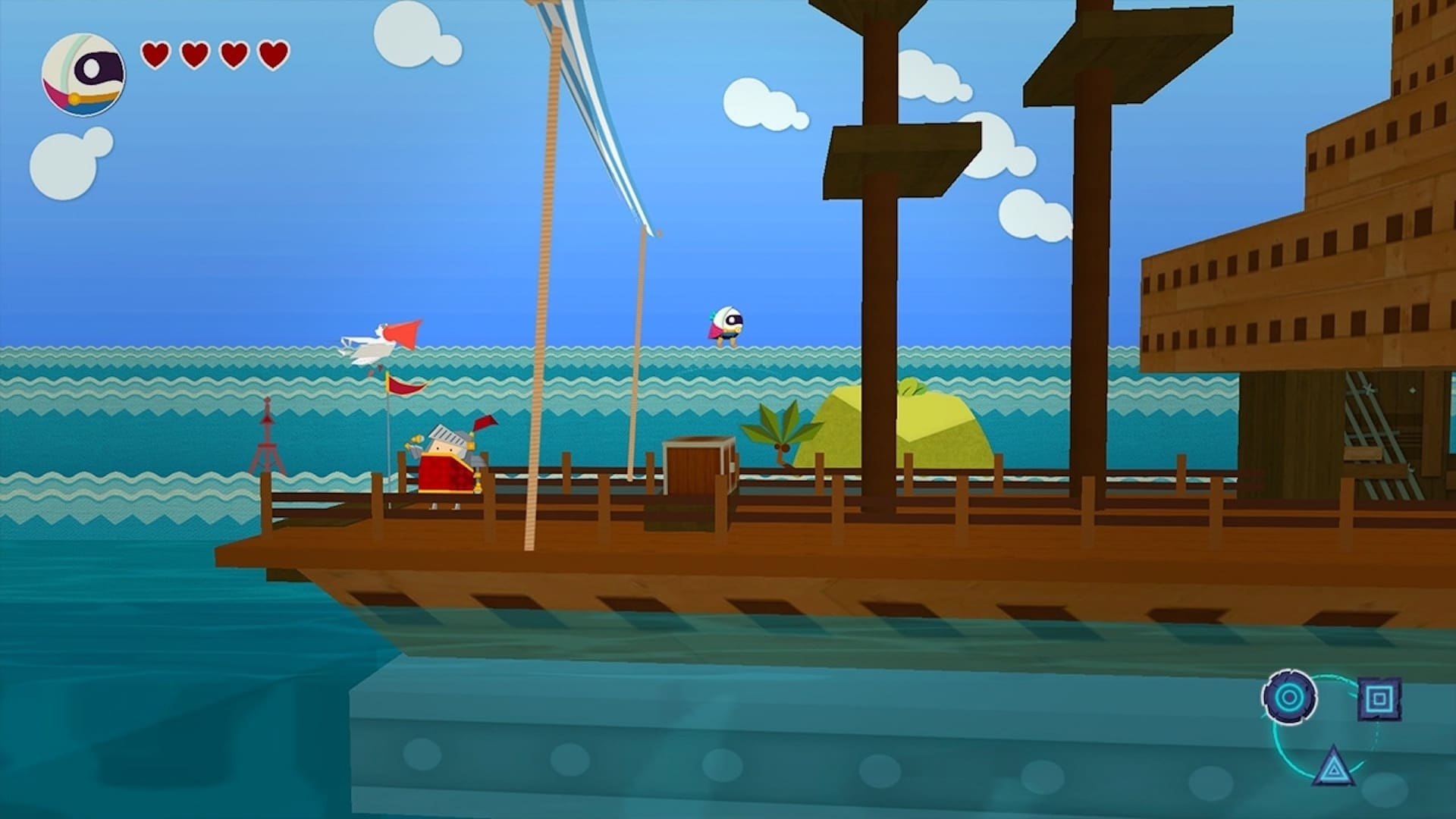 The main character looks a little plain compared to the more detailed king and thief characters but it’s easy to see what shape you are in.

The bosses can be troublesome at first, but once you figure out the pattern to defeat them (usually jumping on a big flashing triangle) it’s just a matter of patience and trial and error.

The music for each level is top-notch with a fantastic score running throughout. The game would benefit from more voice acting and less reading but it’s understandable why the developer decided to keep it text-based. 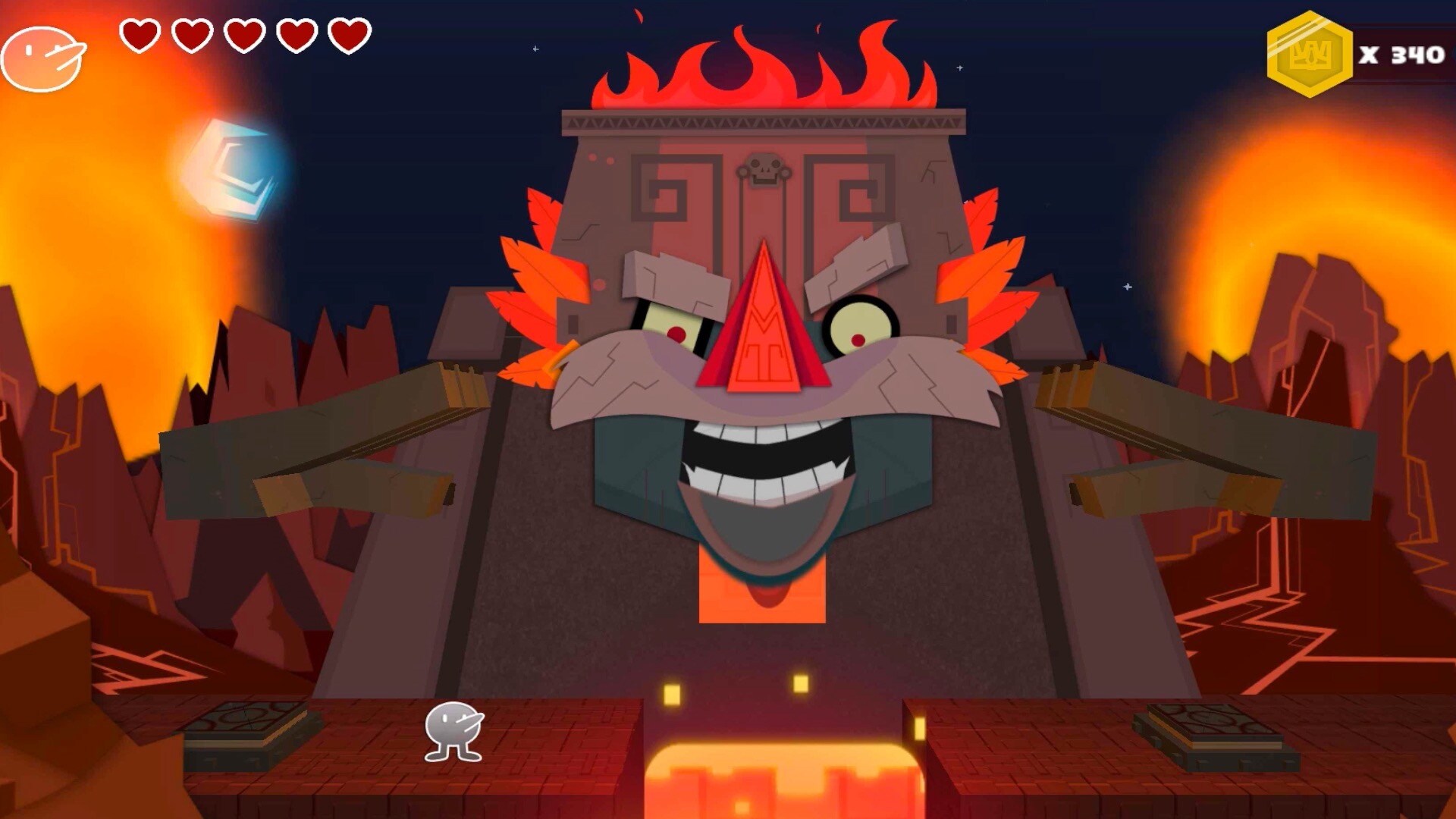 Overall, Flat Kingdom is a fun, nostalgic puzzle platformer that is easy to pick up and play but has some challenging puzzles and old-school bosses. The rock, paper, scissors battle mechanic is fresh and new and the range of levels keeps it interesting during its short playtime. The simple cartoon graphics are beautifully simple and the soundtrack is particularly good. I would recommend trying to collect as many coins as possible as you will find yourself going back later on for additional content. Steam may have enjoyed Flat Kingdom five years ago but it was worth resurrecting it so console gamers can enjoy its retro charm. 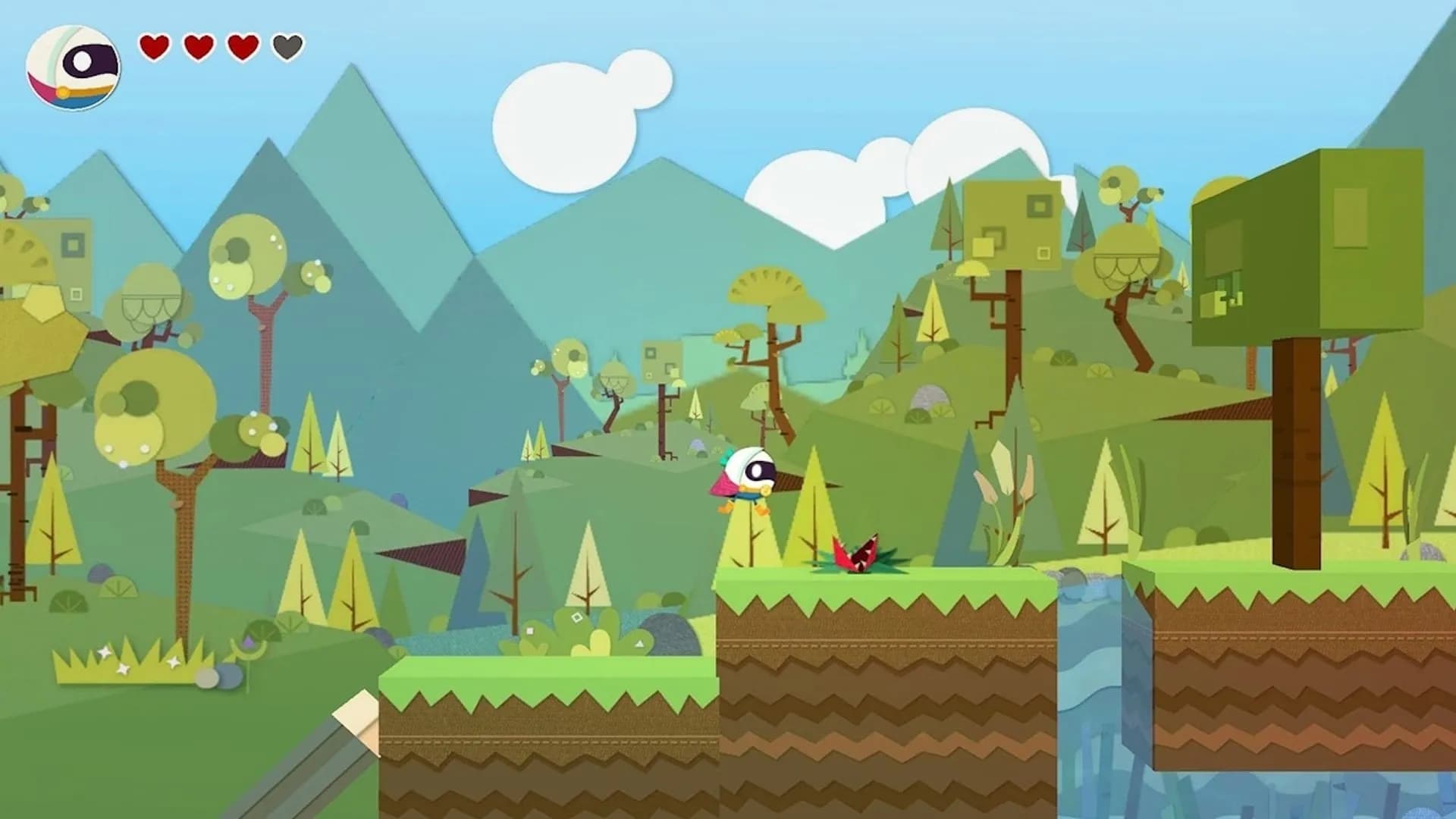 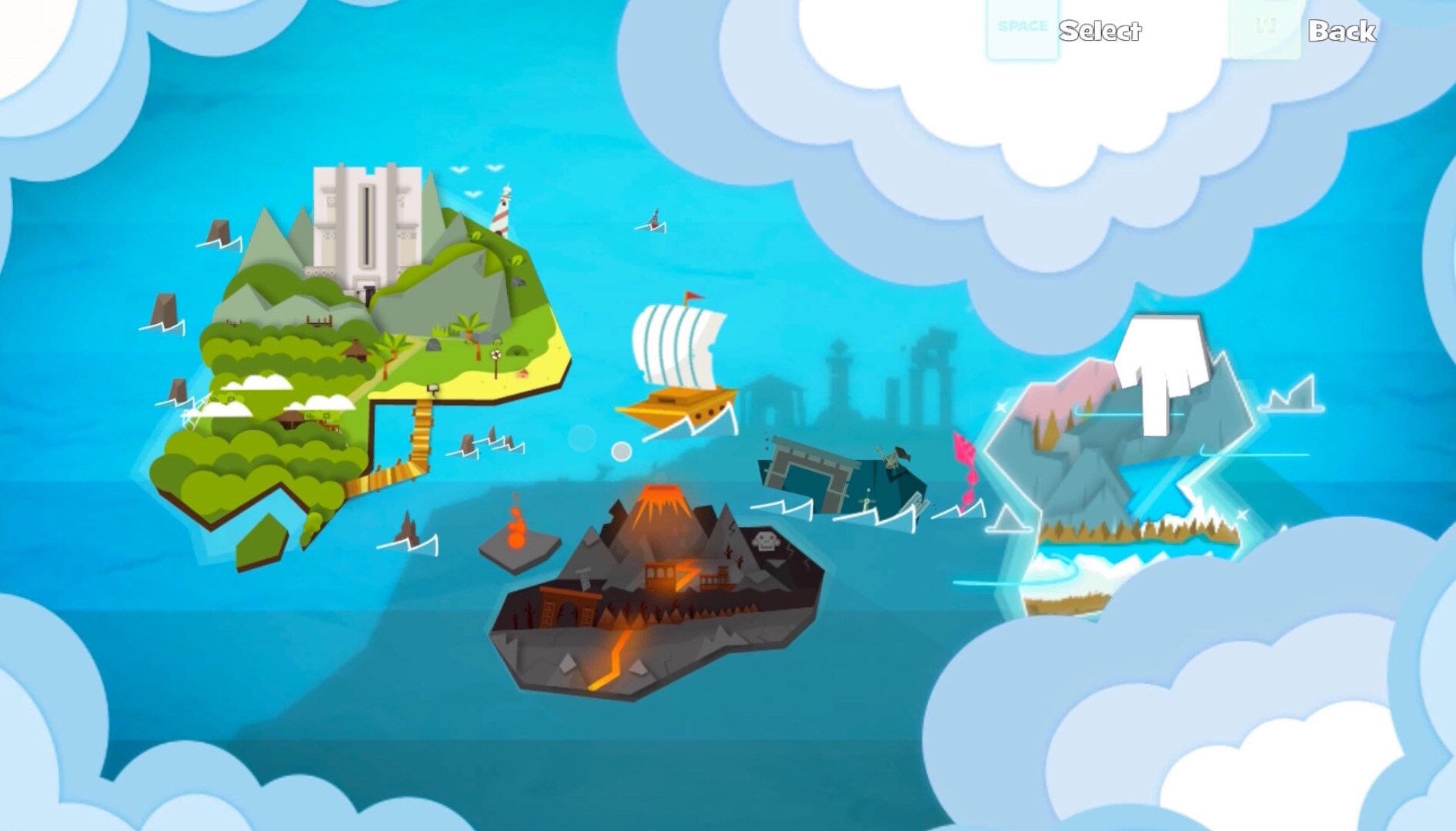