The Summer fun might be ending, but the clean-up doesn’t have to be boring. Today, JUSTICE SUCKS: Tactical Vacuum Action launches on PC and all consoles. Developed by Samurai Punk and published by tinyBuild, enter a surreal world of action-comedy stealth on PC, PlayStation, Xbox and Switch. When evil forces attack, it’s up to an adorably deadly robot vacuum to clean house. Get a taste of the chaos to come in the live-action launch trailer below! 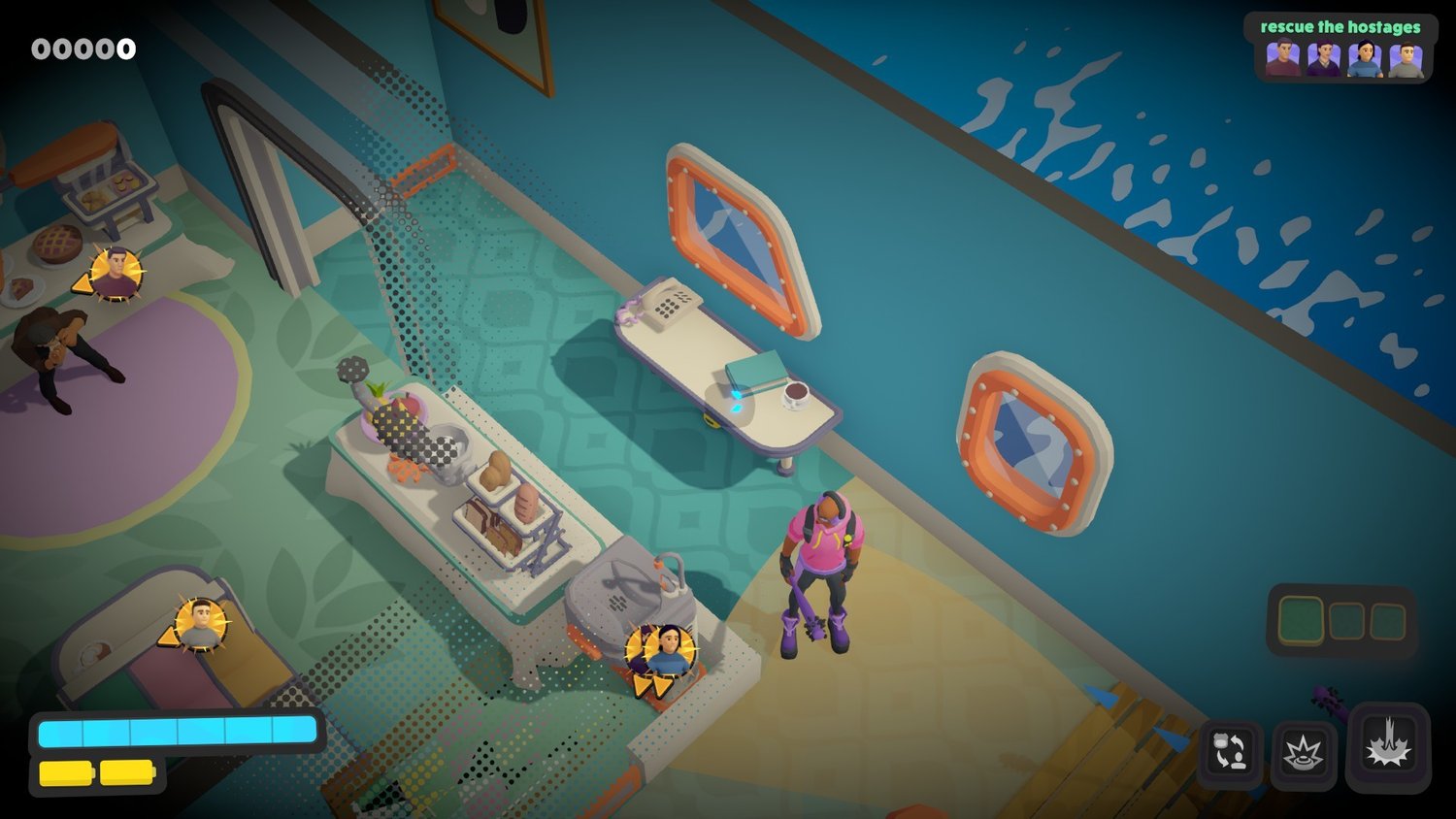 When little robot vacuum Dusty McClean became sapient, his first thought was how much he loved his human family. He lived to help them cleaning up messes, controlling appliances and more. After an evil corporation voids his warranty and abducts his family, he learns a new emotion: Rage. Prepare to storm the corporate HQ in the best training montage ever: A deep dive into a world of televised ‘90s strangeness. Keep it clean in there.
Honing Dusty into a spotless weapon of war is going to be tough, but he’s not alone. Summon an incarnation of his fighting spirit; the flexing, shimmering Sexy McClean, and master new powers to clean up crime. Launch potted plants, knives or cats (the ultimate weapon) at foes, hack devices to set up deadly traps, and suck up every last trace of your fallen enemies to fuel Dusty’s deadliest moves. 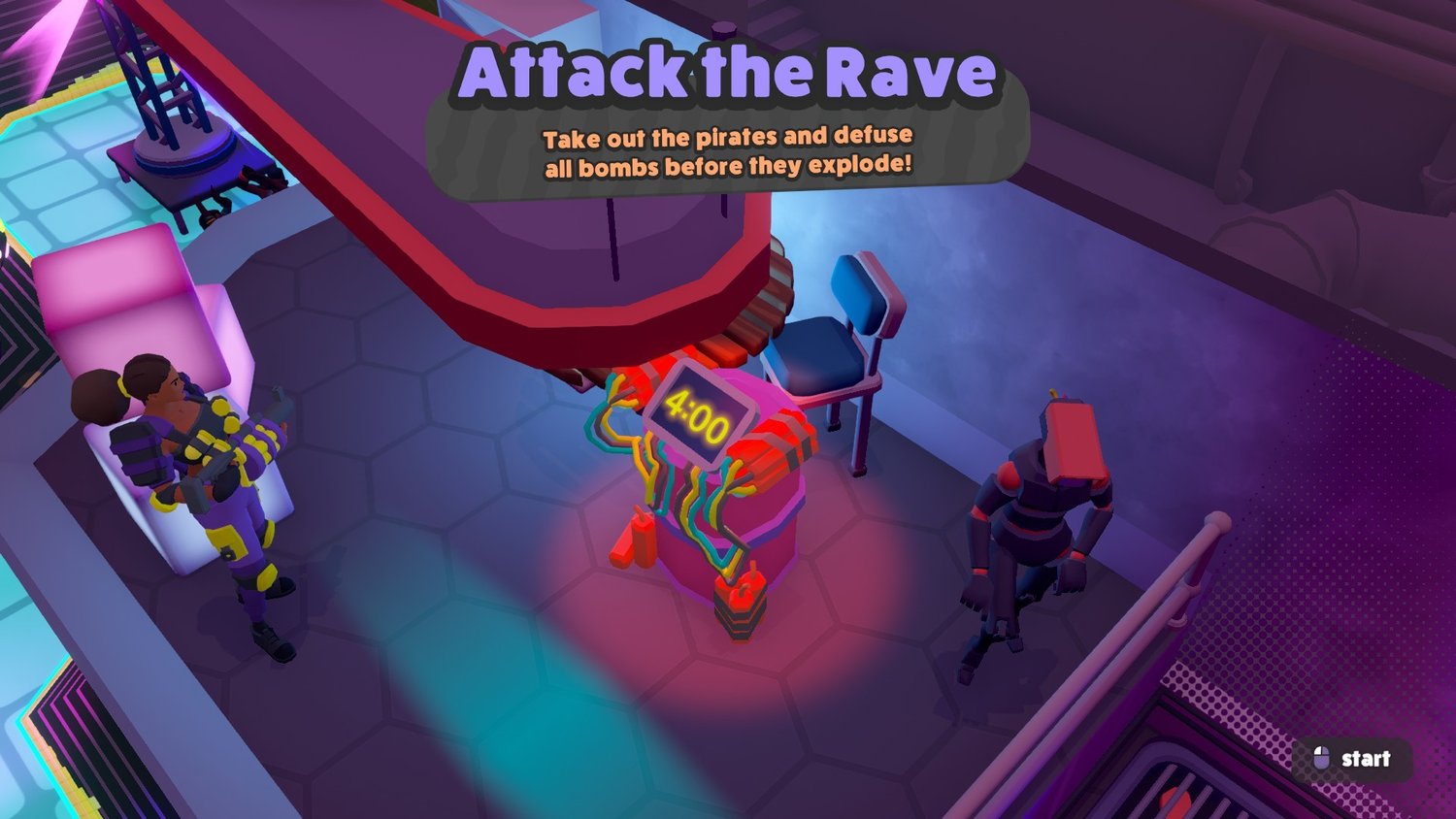 Somewhere along the line, Dusty has developed a taste for human blood, and is able to use it as fuel for his most powerful abilities. Unleash the deadliest robot combat arts the world has ever known, reduce your foes to a cloud of meaty chunks, clean it all up and repeat this deliciously deadly cycle. Tackle bonus missions and unlock more moves to diversify your destructive power. It’s a dirty part of the job, but one that you’ll have to master if you want to return this robot to his life of domestic bliss. 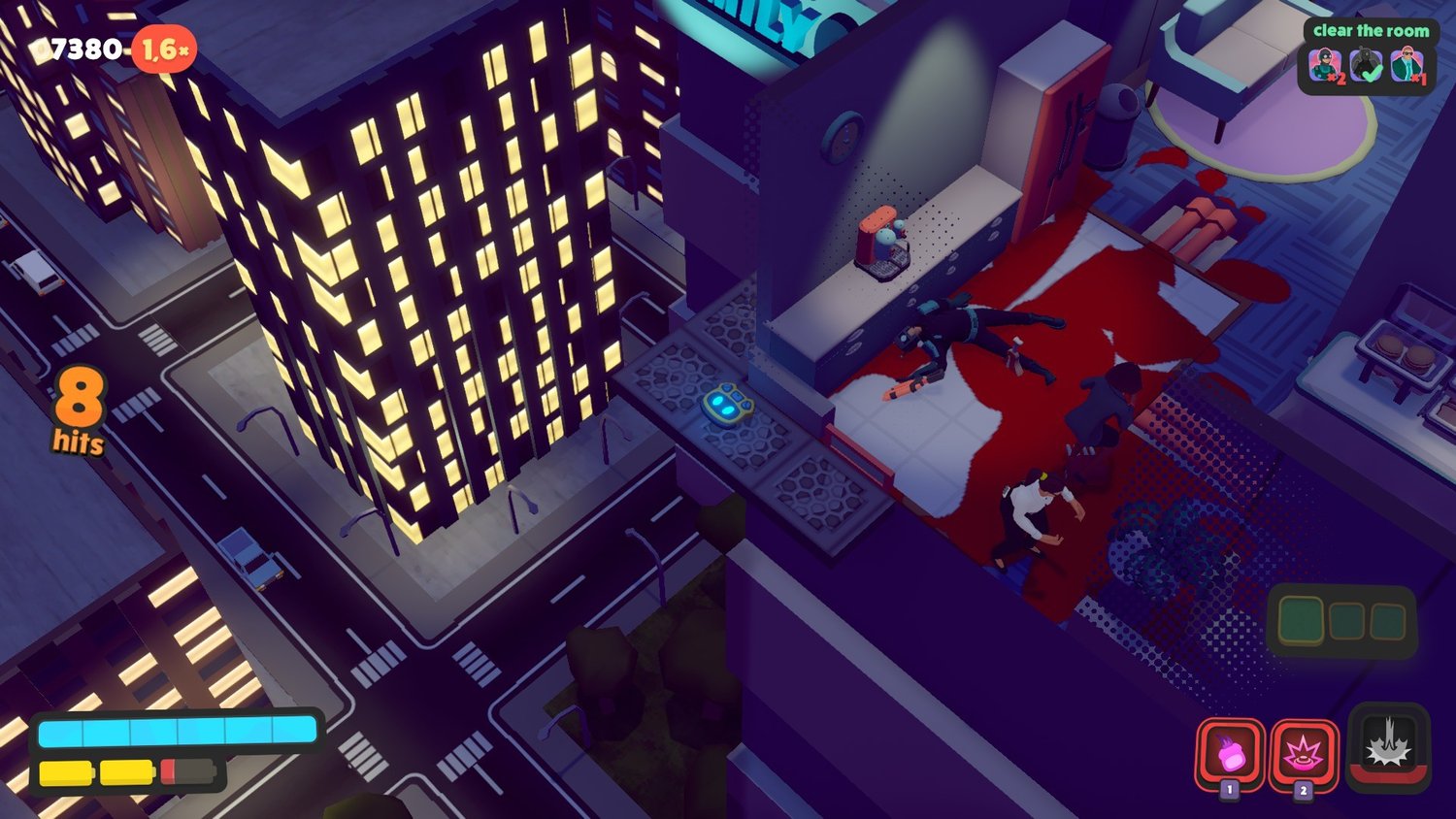