Justice Sucks is a stealth-action game about a killer robot vacuum cleaner on a quest for vengeance through a 90s TV universe. Stalk your prey, hack smart devices, turn them into deadly traps and consume the blood of your enemies to unleash devastating powers. But is it a killer game or does it just suck, here’s my review of Justice Sucks. 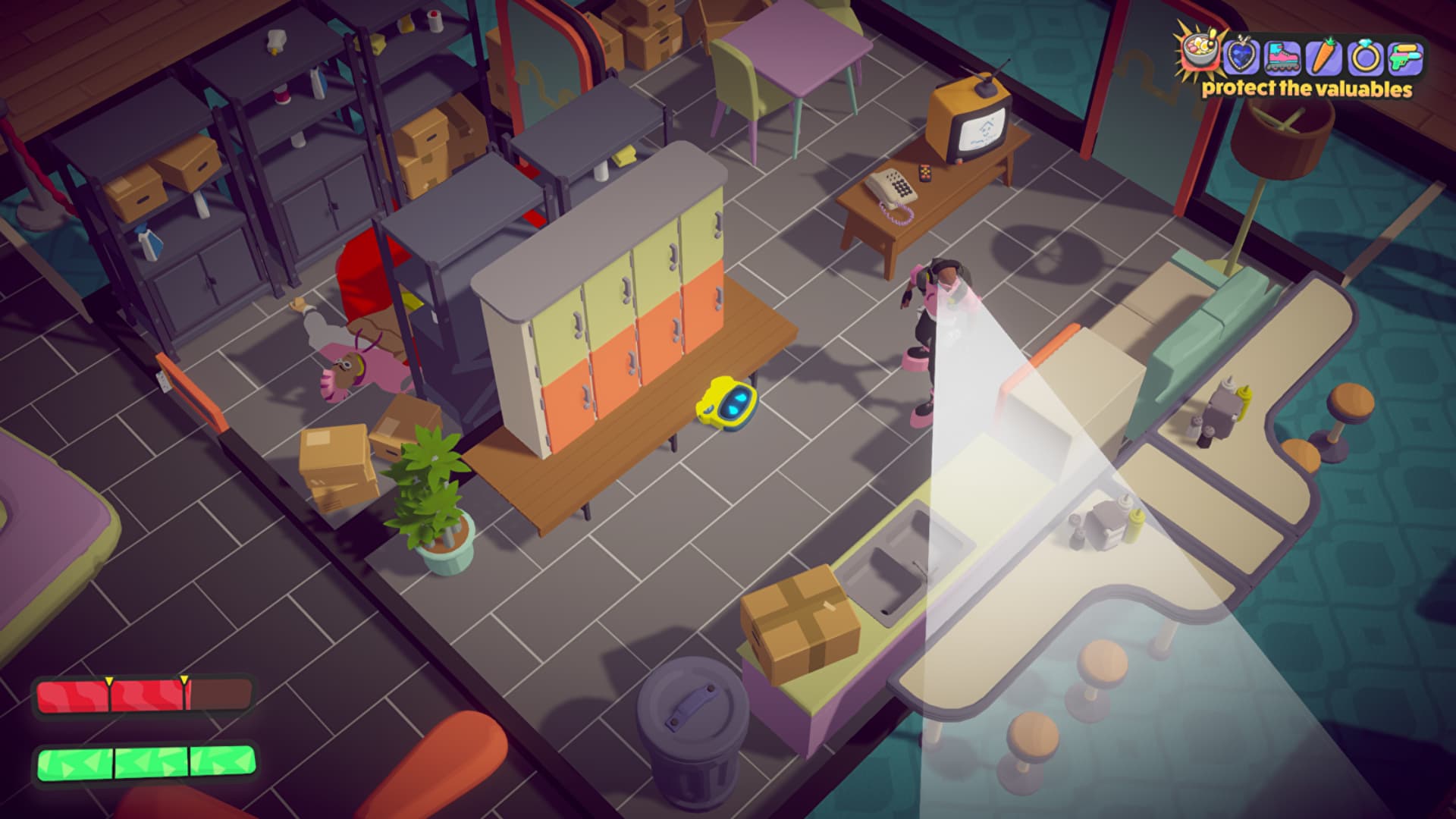 Hold on to your brain cells, this is about to get trippy! Justice Sucks has one of the greatest (and strangest) origin stories I have heard this year.

You play as Dusty, a robot vacuum that gains sentience after fighting off burglars during a break-in. Dusty’s family is brutally attacked by the FamilyCorp warranty squad and in the battle, you’re thrown into the living room TV. On the brink of robodeath, your consciousness enters “the TV dimension” to gain the abilities you need to rise from the ashes and rescue your family. 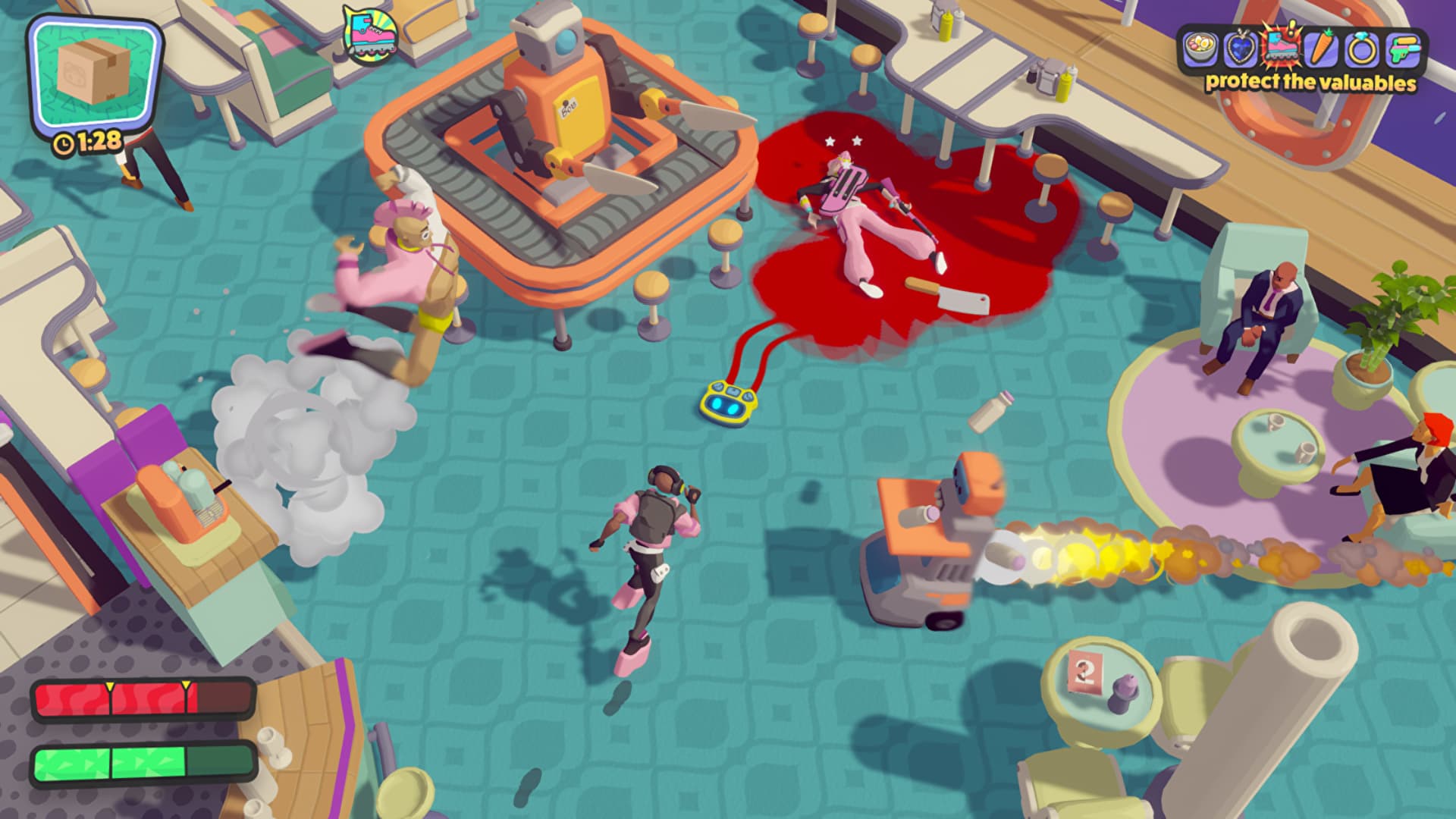 In an odd mix of Die Hard, Viscera Cleanup Detail and Metal Gear Solid, Justice Sucks is a surprisingly fun game considering it’s about a robot vacuum cleaner. The core gameplay revolves around the player moving around the environment using objects in the environment to attack the enemies. Being small and flat, the player can hide easily under sofas, tables, and units. Similarly, Dusty can use vents and flaps to navigate the map faster than the enemies. As enemies are damaged and eventually killed, the blood and ‘meat’ needs cleaning up and you are a vacuum after all. The enemies show their vision cones as they walk and with additional perks, you can foresee their routes. As such, you sneak around the levels dispatching the terrorists in an array of colourful ways. Once dead, you suck up the body in one last final insult. The game spans various levels including a house, a ship, and a nightclub. Each location has multiple game types to work through from rescue missions to missions that focus on speed, style, and endurance.

The whole aesthetic is very cool from the eye-bleeding visuals to the funk soundtrack. Even the UI sounds like it groves as you navigate the menus. The cut scenes are completely crazy and have some fantastic imagination behind them. This is the only game in which you will see the spirit of a robot vacuum cleaner bounce a grenade off its bum whilst twerking on a rainbow dancefloor. The enemies feel like a cross between an eighties dance troupe and Japanese neo-punks. They don’t have much substance beyond that but they do vary in type. Some use melee weapons while others use guns and upon spotting you, they will do their worst. As the game progresses you gain additional perks and buffs that allow you to charge enemies, throw items, turn invisible, and many more. 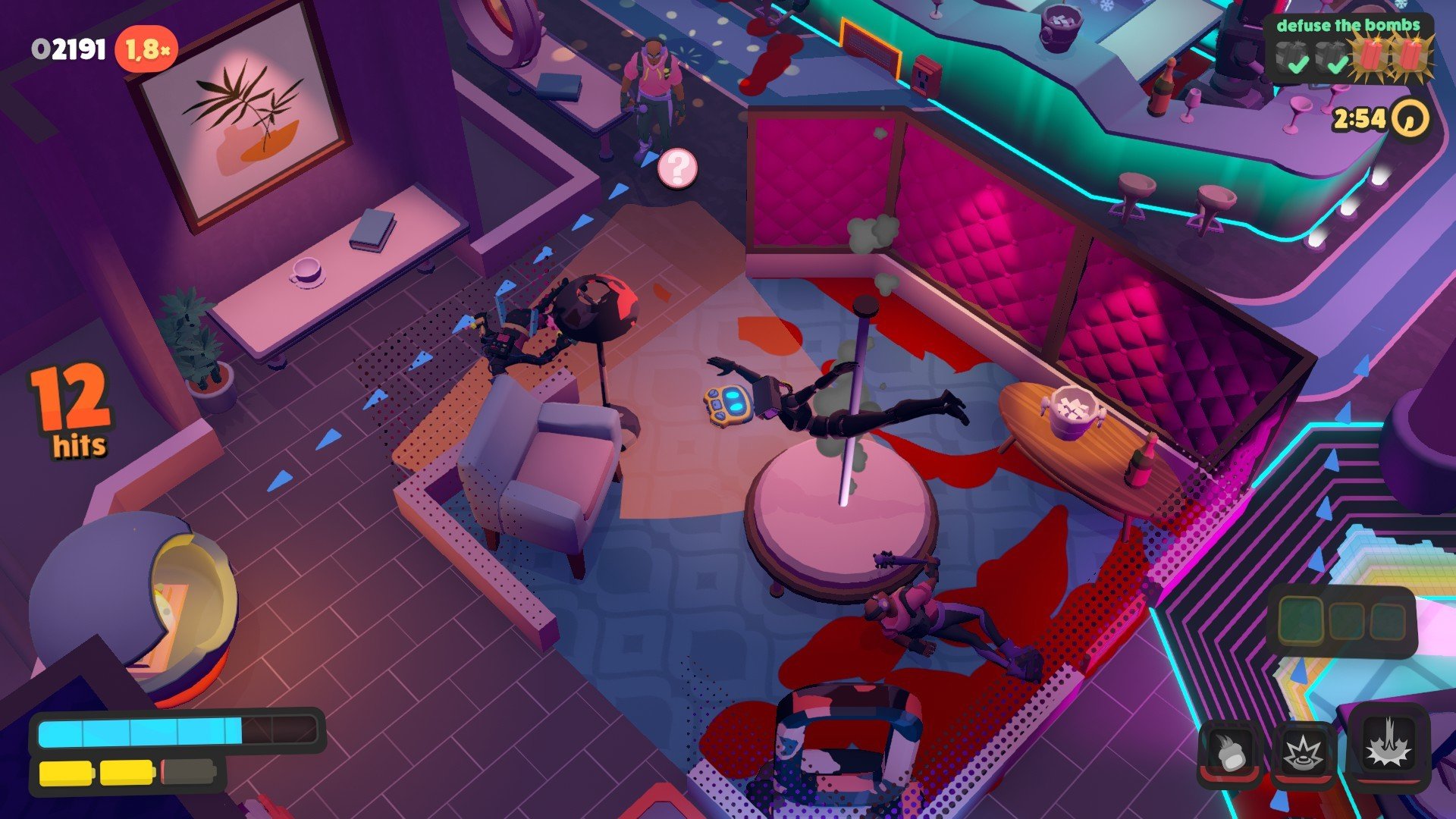 The fact that the game is so fun leads to the game’s main issue. There aren’t enough levels. One minute I felt like a vacuum version of John McClain in Die Hard then Steven Segal in Under Seige but soon, you run out of levels and have to go back to improve your times and scores for the online leaderboard. However, it’s worth noting that it was designed this way as the abilities that you unlock later in the game mean that you can get far better scores when returning to the earlier stages. The variety of levels is great starting from your humble home and working through to the expansive airport

Overall, Justice Sucks is WAY more fun than it looks in screenshots. The sexy-funk graphics and sound, alongside its madcap storyline, makes for a thoroughly joyous gaming experience. The gameplay mechanics work well and the variety of missions keeps it interesting. I would have loved to see more levels as the possibility of having office blocks, mansions, and hotels all ready to manipulate would be fantastic. Hats off to Samurai Punk for making a worthy successor to Roombo: First Blood. 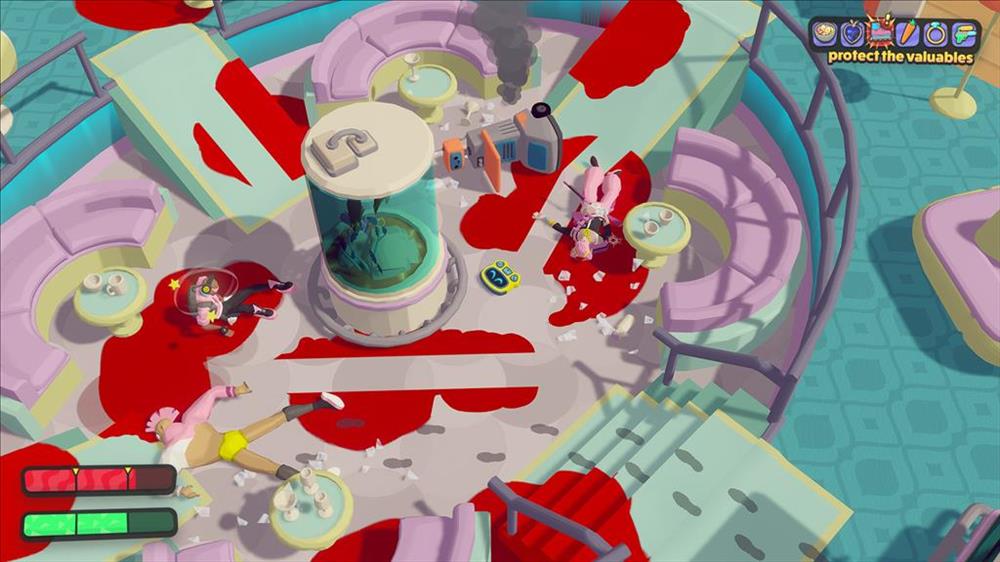 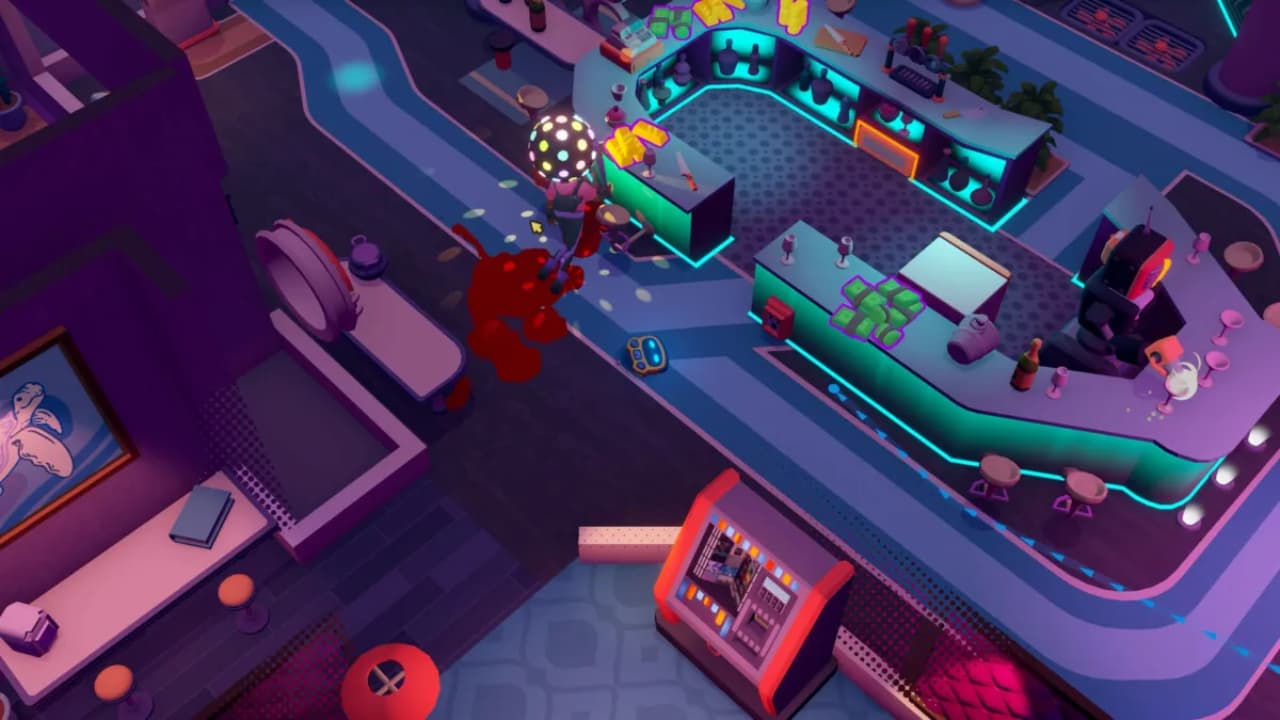