Do you ever get angry when you lose the TV remote? Imagine that a Wolf Pirate came to your house stole your TV remote and then continues to taunt you about how he now has your remote. If you can feel your stress levels rising, then you are in the perfect headspace to sympathise with Trixfox. After losing his remote to said pirate, Trifox rampages through the colourful world dealing sweet justice to all involved. But is Trifox trying too hard or the perfect trifecta of story, action, and fun… Here’s my review of Trifox by Glowfish Interactive on Xbox. 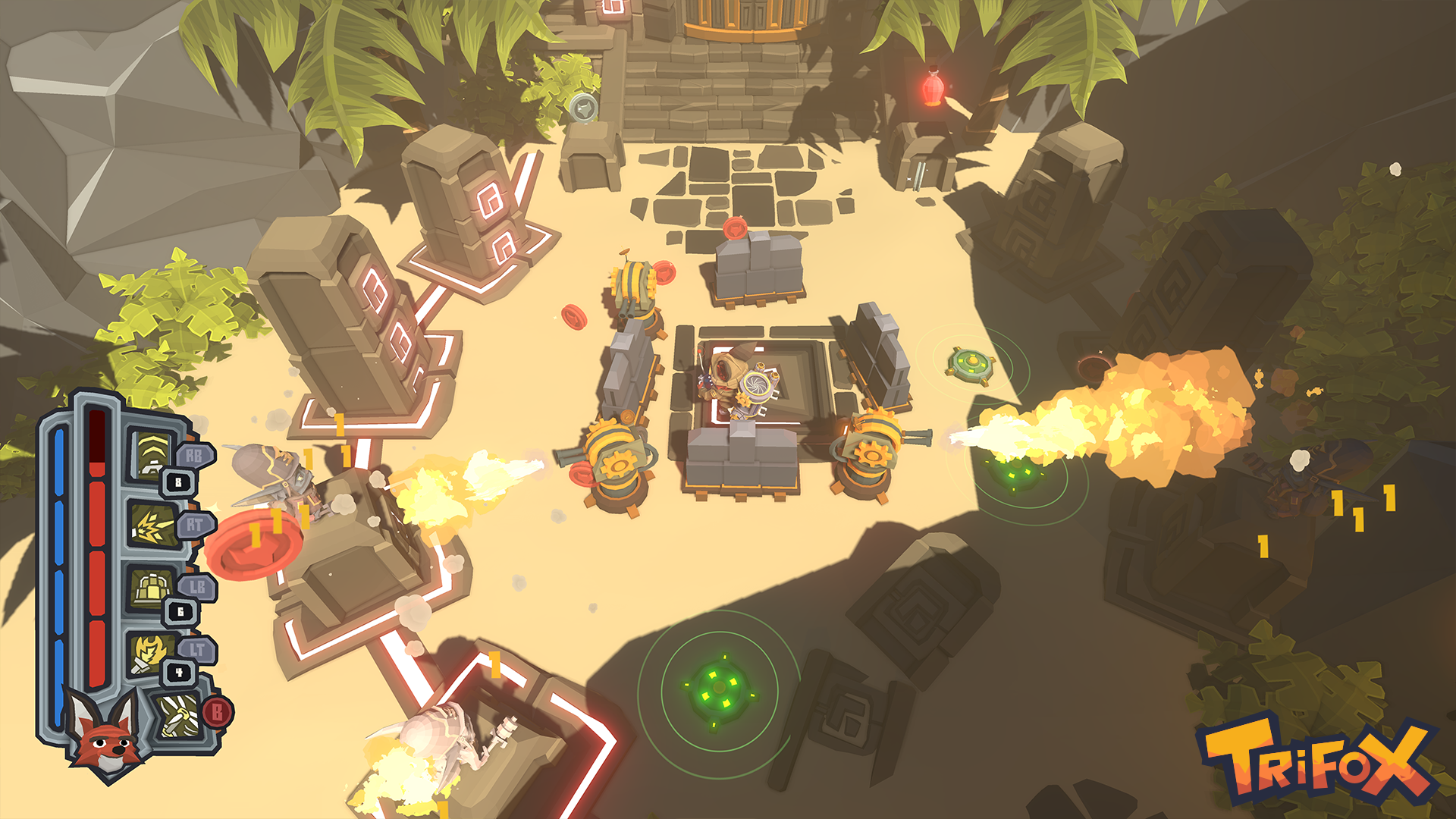 Trixfox is a twin-stick cartoon adventure game inspired by games such as Crash Bandicoot, Jak and Daxter, and Ratchet & Clank. The titular hero is obviously miffed by his missing remote and is out for revenge. Strangely, the Wiley fox seems to wear many hats as players can choose to be a Warrior, Mage, and Engineer (hence the name Tri-Fox). Each of the three variations has its own unique set of class-based abilities which can be mixed and matched. You can spend the first level using a melee skillset bashing the brains out of oncoming crabs before switching to the inventor fox with his helicopter backpack and machine gun. If it’s not for you then simply switch to the mage and teleport around your enemies whilst blasting them with slow-moving energy balls. There are a lot of different mechanics in Trifox and many ways to play.

The visuals are fantastic with coulourful cartoon style graphics throughout. The lush environments are filled with ‘Unity’ style walls and foliage similar to Super Lucky’s Tale. This is further emphasised by the cartoon smoke and fire effects alongside the cartoon numbers that leap from the enemies as you battle them down. The main character’s three styles all look very cool from the above view, but up close he is somewhere between low-poly and high-res which is a little odd. It’s not bad, it’s just odd. The levels do look great but due to being filled, it can sometimes become hard to see enemies behind walls. 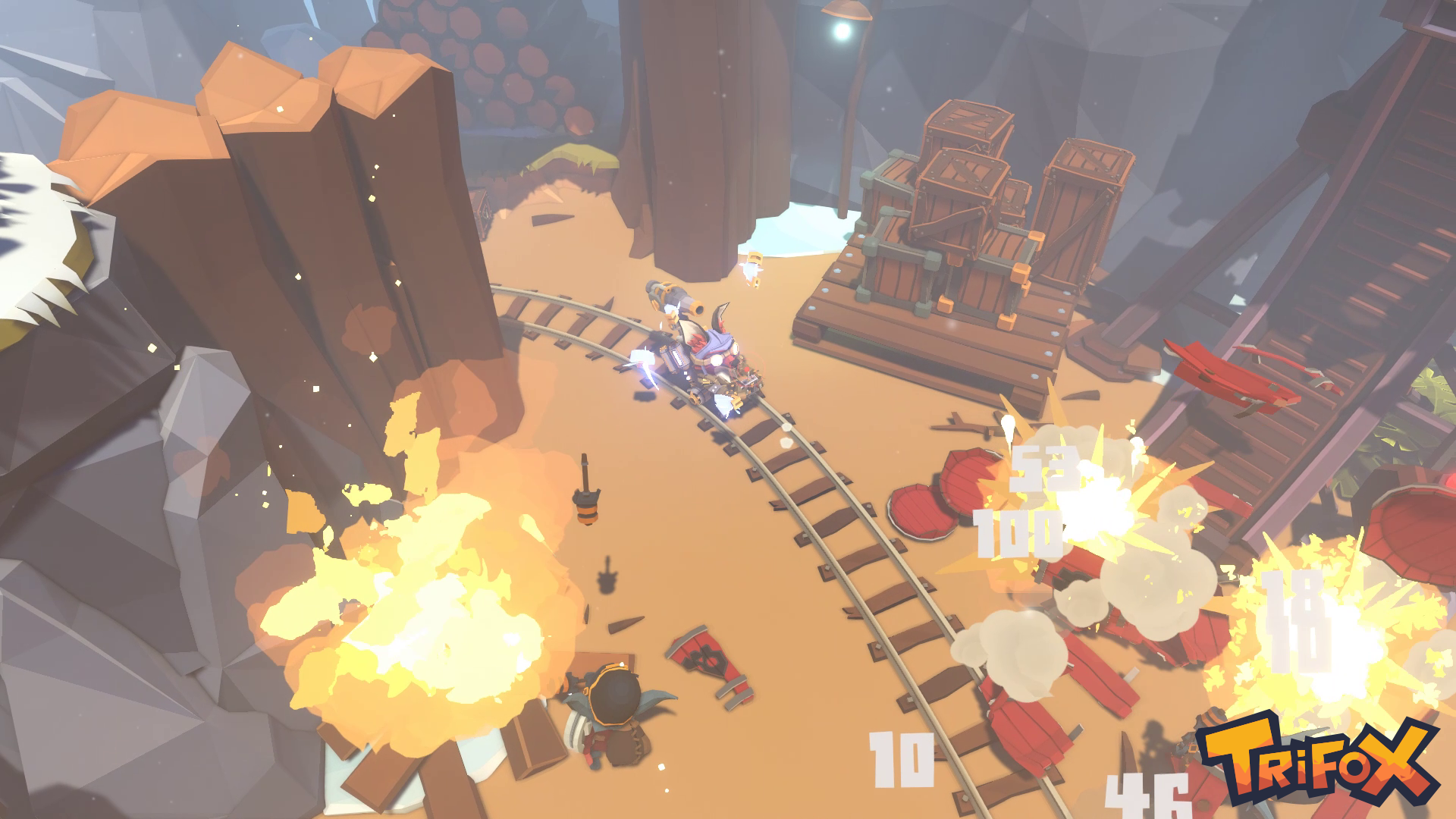 The gameplay is really fun and uses a Crash Bandicoot style Camera position. The game is mainly a twin-stick shooter, however, some simple puzzles break up the action. As you progress players will find themselves in areas where a horde mode is activated and waves of enemies converge on your position. Once wiped out, new areas are unlocked. Other levels see you traverse obstacles to reach items or weave through the level killing or avoiding the mass of enemies. At the end of each stage, you can switch your player type or purchase upgrades using the in-game currency. The Warrior, Mage, and Engineer all have their own set of upgrades which can be purchased as you play. Should you have a fondness of one type you can fill a complete skill tree in a matter of levels. As I was eager to try the various styles, I tended to unlock a couple from each as I played. With 30 abilities to unlock from shields to guided missiles, there is something for everyone. This however could also be considered a negative as not only do players need to remember what button does what for each player type, but the button mapping is up to the player as well, so there is a chance that shooting bullets as an Engineer, might not be the same as shooting energy bolts as a mage leading to some confusion to old man gamers like myself. 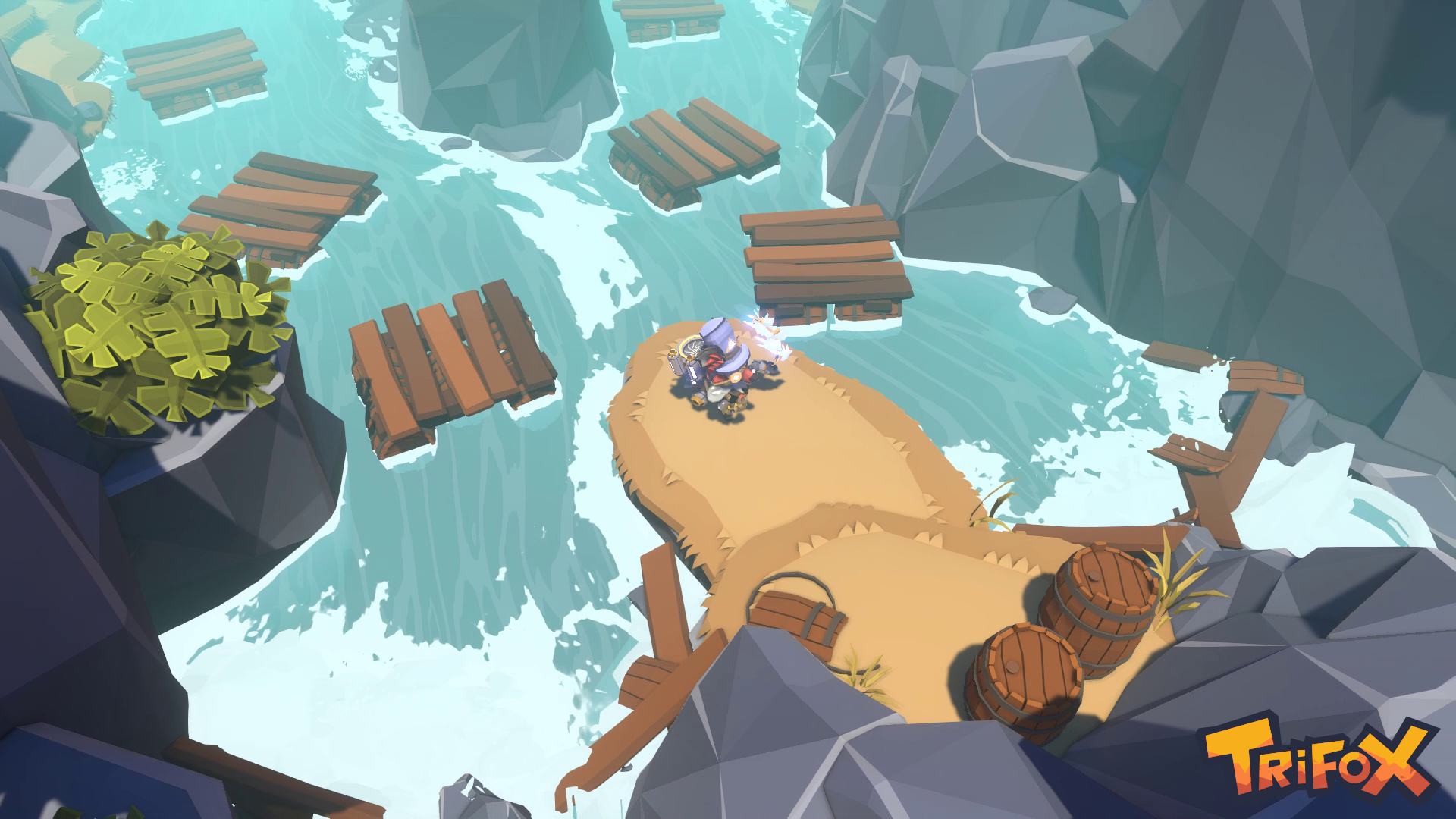 Trifox is a great game for children as it starts off pretty easy but does require some patience and strategy for the later levels. Players can use might, magic, or marvelous gadgets to outfox the mysterious foes. With four danger-filled worlds all containing a variety of stages, there is a lot of fun to be had.

Overall, Trifox is great fun. It has polished graphics, a multitude of abilities, and the classic paper-thin story of the golden age of 3D platformers. I love the overall aesthetic and the game runs really smoothly. Close up, Trifox is a little ‘sharp’ looking but from above looks great. Unlocking abilities through the in-game currency is thoroughly satisfying, but the sheer number of options might be overwhelming for some younger players. Trifox doesn’t quite have the fluidness or finish of Crash Bandicoot or Super Lucky’s Tale, but it’s a two-man team, so in comparison, Trifox is an absolute triumph and worth every penny. 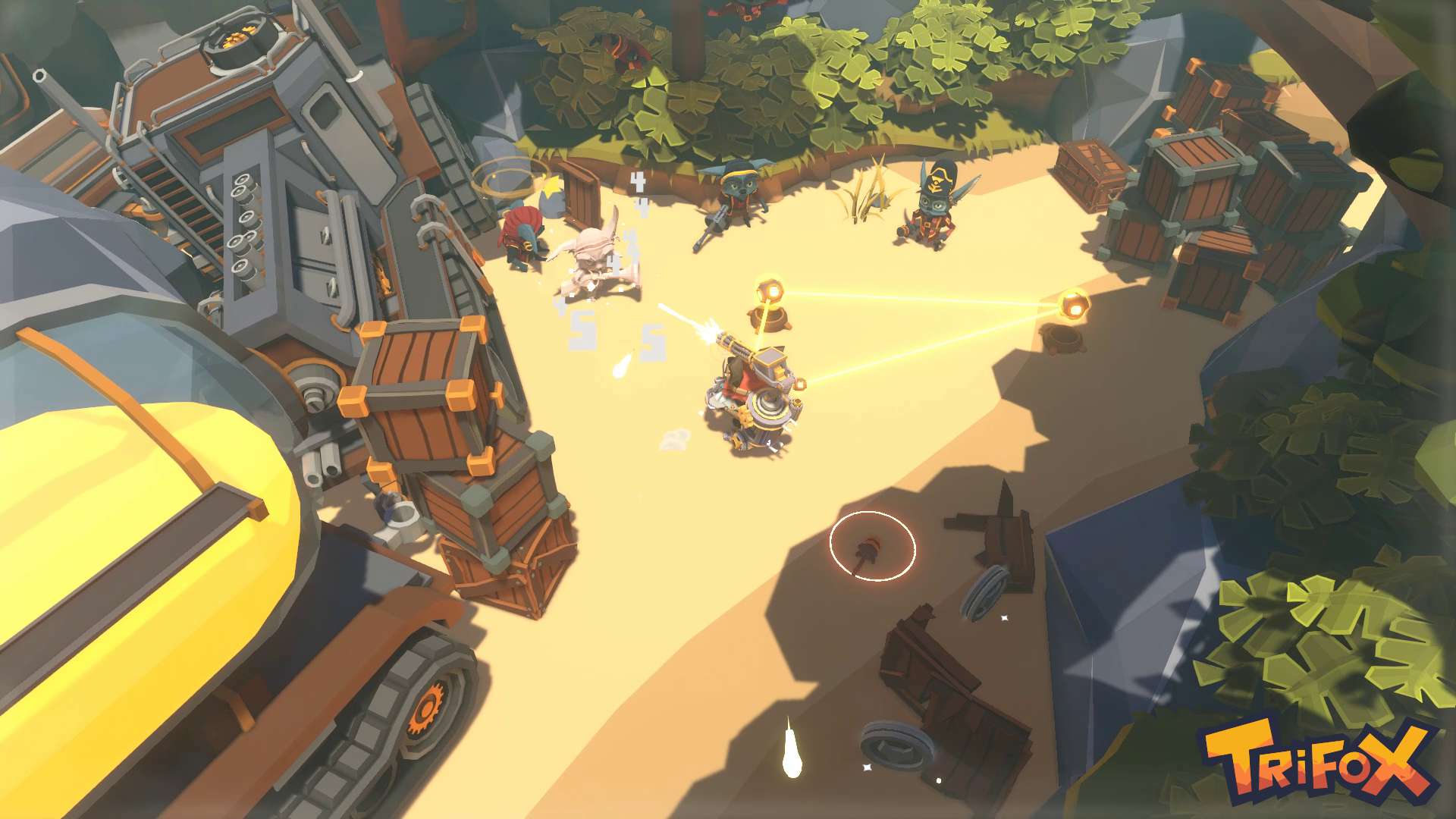