The internet is buzzing with excitement for the indie title ‘Rogue Legacy‘ after recently being approved by Steam’s ‘Greenlight’. With over 100,00 YouTube views and thousands of gamers backing the project on the social bookmarking site Reddit, the game has definitely caught our attention.

The games graphics is reminiscent of the classic ‘Ghosts and Goblins‘ but it adopts a ‘rogue-like’ game-play mechanic, meaning every game is different. Mix that with a selection of humorous children with such ailments as color blindness and irritable bowel syndrome, and you have all the ingredients of a fantastic game

I managed to drag the Lee brothers away from their final tweaks and test to ask them a few questions about their latest title, the journey and game development in general.

Hey, my name’s Teddy Lee, and I’ve been making games with my brother Kenny on and off for about 5 years now?

But before working with my brother, I’ve been making games on the side since I was probably around 6, first working with Pen and Paper, and then going up to RPGMaker and other things. Left on my own, I’d probably still be making games with RPG Maker since I can’t code or draw for my life.

I don’t remember a time when I didn’t want to get into games, so it’s hard to say.  But there are a few developers that I look up to. Shigeru Miyamoto for sure because he’s constantly on the creative forefront. Pikmin, Zelda, Mario, Nintendogs. All of those games are completely different from one another, and they all spawned their own franchises and genres.

What tools did you use to make your games?

Kenny wrote the game entirely in C#, using XNA. It’s a custom engine, so he did a massive amount of work for this game. The largest by a fair margin.

The game sort of came together in pieces. We had the general idea for a children mechanic, but we tied everything together in a pretty fluid fashion.  It’s pretty exciting, working on a game for a year, hitting a block, and then trying to design your way out of it. Not really.  It’s pretty horrifying, and definitely leads to nightmares, but that’s how we roll I guess.

How long has ‘Legacy’ been in production?

1.5 years.  My brother worked on it full time, and I worked on it part time up until about 3 months ago. We’ve also hired artists and musicians down the way.

Gordon McGladdery is our musician and sound technician. He makes some amazing stuff.

Judson “Tettix” Cowan is another musician on the game, and we’ve worked with him on our other projects. He is always top tops.

How many ‘children’ are there to choose from?

The children are randomly generated, you get to pick from 3 every time you die, so there’s no real limit.  I guess there’s a theoretical limit but I don’t know the math.

Children are composed of 3 major modifiers.

CLASS – Each child has their class preference, so you could be like a Knight, or an Assassin, or a Mage, etc. All classes have base modifiers applied to them, as well as their own custom “special ability”.  So a knight can block with his shield, and he has very strong base stats.  An assassin has low health, but a really high critical chance, and he can become smoke, allowing him to walk through enemies.

SPELL – Each child has their own preferred spell, so you don’t go into a game with your choosing. And there’s a bunch of spells, and certain spells are locked to certain classes.

TRAITS – A child can have upwards of 2 traits. So you could be both nearsighted and color blind which would be brutal.  Or you could be Endomorphic (fat so you don’t get knocked back far), and Gigantic, making you this immovable giant.

All of these are applied onto a child, making every play through unique.

How did you decide their ailments?

We just come up with them as we go along.  Some of them we come up accidentally due to a bug in the game, which we then polish off into a feature.

How many levels/bosses are there?

The games not made of levels. When you enter the castle the castle is always different, so it’s not like you beat the castle, and then level 2 starts.  There’s defined zones and bosses, but we don’t want to say how many just yet. 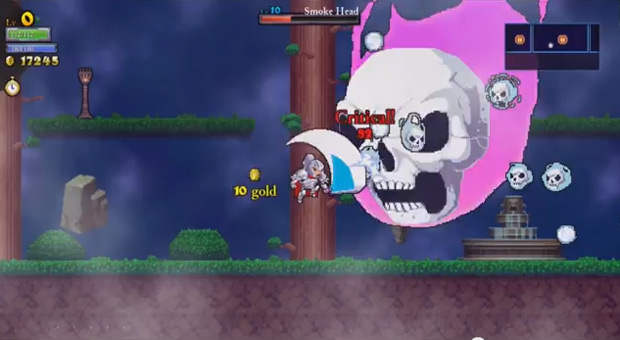 What has been your biggest hurdle and how did you overcome it?

Just getting the game to where it is now has been quite the challenge. There is so much in the background running in this game that’s easy to take for granted. For example, there’s a dynamic scaling system, which works into the Procedural Map Generation.  There’s a drop system, a chest system, economy links, and this whole slew of other stuff, which all tie into the Procedural Map, with their own rule sets and what not.  We put a lot of time into making the game as “fair” as possible. If we just let the game build itself without any checks and balances, it’d be all over the place.

Can you tell us more about how the levels are all unique?

Every time you die, your castle is rebuilt from the ground up. Each room spawns their own set of enemies based off a logic system, they scale dynamically to the castle, and on top of that, bonus rooms and room linking is all applied dynamically to this system as well. We do have some “special” logic rules built into the game world which will help people recognize patterns in the randomness, but they were all implemented purposefully.

From your experience developing this game what advice would you give to those trying to do a similar game?

Do you have any plans to port the game over to any other platform?

There’s some feelers, but nothing confirmed yet. 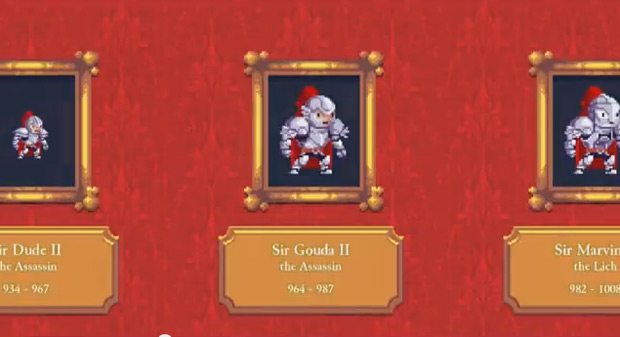 Whats next for Cellar Door Games?

Well, either a new game, or bankruptcy. We’ve made this game with our own money so if it doesn’t do well, we’re pretty much screwed…

But we do have plans in the future if we can sustain ourselves. A couple of projects that we had stopped previously for budget reasons and such.

Also, hopefully we get an Oculus Rift.  We’ve been waiting forever for our kit. And we had some really cool things we wanted to try out on that.

Make a small game and finish your small game. There’s a huge difference between almost finishing something and actually finishing it.
Also, don’t try to do something “better” than someone else.  Be original.  Otherwise it’s just a quality battle, and there will always be teams bigger than you.

How do you plan to market the game now its nearly complete?

No idea. We are so thankful to the Reddit community for picking it up the way they have.
We do plan on releasing a HD version of the trailer someday.  It looks way better running at 60fps then it does at 30 (YouTube cap). 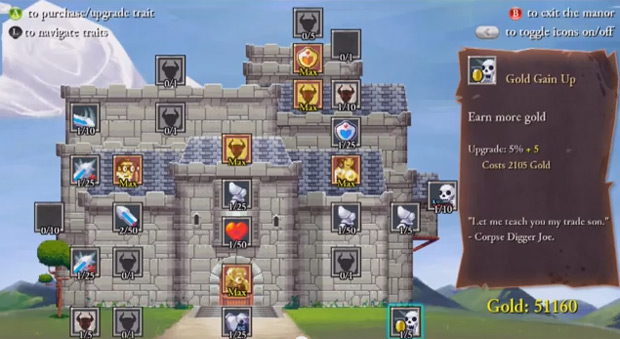 Help give this game the ‘GREENLIGHT’ on the Steam website here >>