Free-to-play games have been around for years, but there are a lot popping up recently on PC and there’s a reason they attract people. Who doesn’t love an MMO style game that they don’t have to pay to play? Still, there’s always a catch to these games and many argue they hurt game development as a whole.

How free-to-play games work, is they let you download a game client for free and play online with others without a monthly fee. However, you will find that in-game items, extra levels and many other features have to be paid for in game, which is how they make their money. Some examples of free to play games that are pretty popular are: Wizardry Online, Ragnorok, and the ever popular Runescape. Then there are MMOs that have even switched over to let you play free for the first X amount of levels, like The Old Republic.

Having a game that is free to play sounds great, but sometimes, it isn’t. The first thing that hurts free-to-play games is the reputation they get. Everyone just assumes they are a scam, or maybe just not a good enough game to be sold for $60, and that’s why it is offered as free. This definitely isn’t true, but a stereotype that can seriously hurt the prospects of a great new MMO.

The other issue here is that people feel those who participate on a free-to-play game aren’t as invested in the game as those who spend money on the better weapons, armor, perks, etc. As if they aren’t true gamers. It can be seen often within the community, unfortunately. 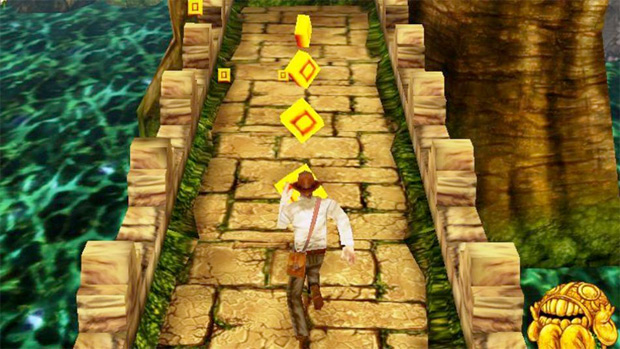 And lastly, people feel scammed when they enter a game and have to pay for items to get the “full experience.” In some cases, its less of a hassle. Take Temple Run 2, for instance. It’s a free app that makes all its money on paid extras; you can buy extra gems to use for power ups and more. You are often prompted to do so, but not doing so doesn’t take anything away from the gameplay. It might, however, hurt your overall high score.

But when you are playing an MMO, you feel more compelled to keep up with those around you. and often the extras to buy are actual levels, areas, or just the ability to keep progressing as a character. People feel like they are being conned out of money.

The truth is, games are games. And a business model may be one we are not used to, but it doesn’t make it bad or a “scam.” These are legitimate development companies making games that are still fun; no one twists arms for players to buy. That’s completely up to them.

Besides, talking about the mistakes within free-to-play games may only benefit them in the long run. It gives developers room for improvement, but no one can expect this style of game to disappear. It will still appeal to a large amount of gamers and maybe the argument will always continue, but in the end the truth is this; you don’t have to play them if you don’t want to.