In the last decade or so, the processing power and graphical prowess of games consoles has improved dramatically. Leading developers and game creators to develop games with much more realistic graphics. So when a game has a unique visual style, gamers tend to sit up and take notice. These unique graphics can either accompany an unusual game mechanic or simply give the player a different gaming experience that doesn’t have to be grounded in photo realism. The following article looks at games that have stepped outside the realistic textures of the mainstream game and taken a different route.

Let’s take a look at 10 great games with their own style. 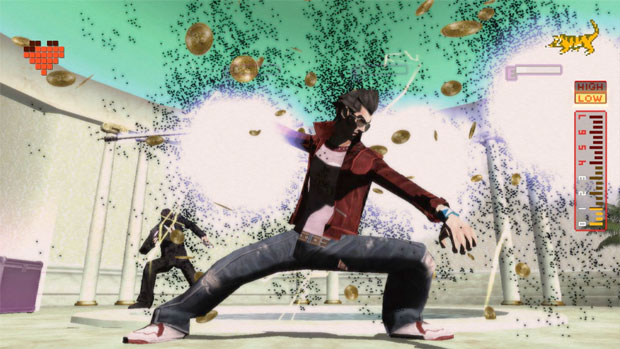 One of the few games that showed gamers the Wii was more than just playing Tennis, No More Heroes is a classic. With a distinctly Japanese feel, quirky graphics and easily one of the best-looking titles on the Wii, it’s something a lot of gamers will remember. If you haven’t played it before, you can easily pick it up and play it on the Wii U – there’s also a sequel, too. 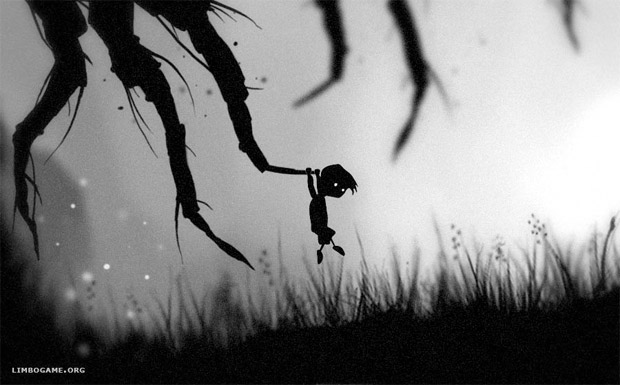 Indie games like Limbo don’t have the same sort of budget as the Call of Duty developers but, they still manage to pull off great things. Limbo’s dark and atmospheric look helped sell the game’s experience, which was excellent. It’s like playing something completely different and its unique style really helps to tell a story. 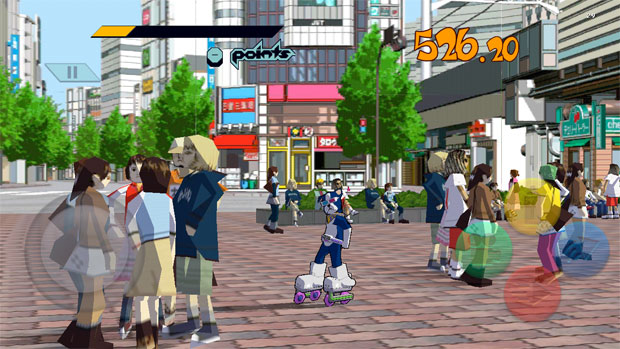 One of the better games on the ill-fated Sega Dreamcast, Jet Set Radio was just plain awesome. The first game to set-off the cell-shaded movement, it was a triumph and gamers everywhere will remember the fun they had in the game’s urban environment. Games are supposed to send us places to escape, and Jet Set Radio did just that. You can now play the game on your smartphone if you missed it on the Dreamcast. 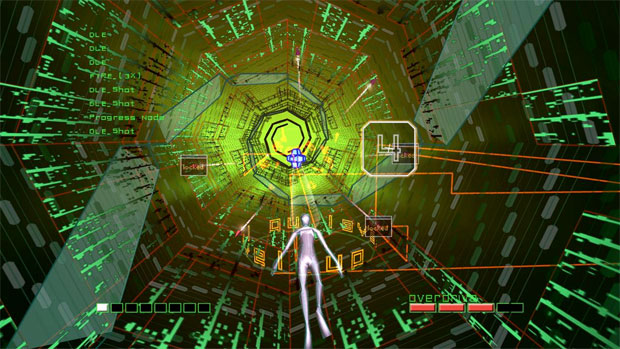 Rez not only played differently to every other game on the PlayStation 2 but, it also looked very different. With simple vector-type graphics and vibrant colors, Rez was a fast-paced roller coaster all about music. The game’s visuals really helped sell this new type of gameplay. Thanks to the low-fidelity yet charming graphics, Rez was able to put a lot of information on screen. Making it as much of a visual feast as it was a musical one. If you’ve got a PS2 lying around somewhere, why not try eBay and pick up a copy? You won’t regret i. 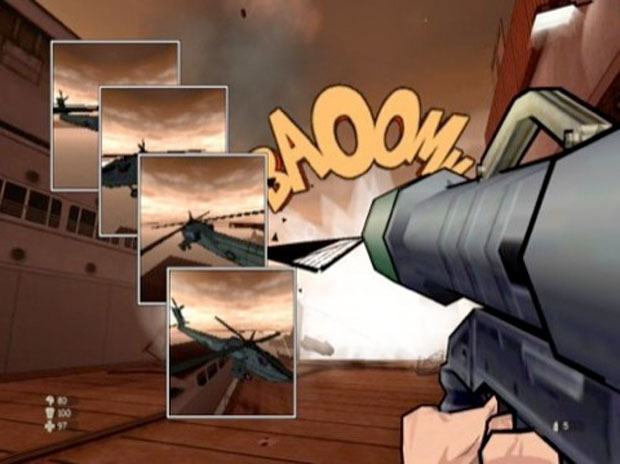 This was one of the first games that made the industry realize that shooters can tell a story, too. On the surface, this was yet another first-person shooter but, the comic book graphics and 1960s story made this so much more than that. With offices you might find in a Lancaster PA Web Design Company today, XIII was a great game and a high-profile entry into pop culture. It was also one of the first games to achieve acclaim on both PC and Consoles, bringing gamers that little bit closer together. 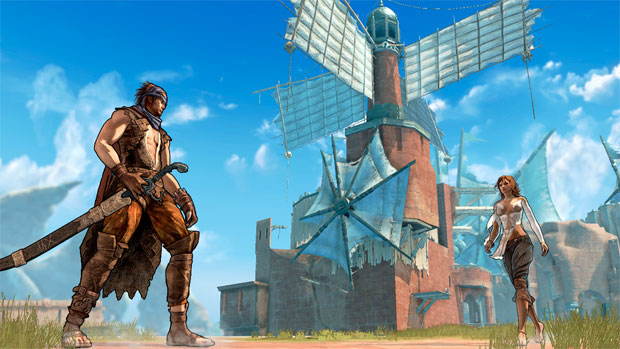 The Prince of Persia franchise has been many things over the years, a quality Sega Mega Drive game, a hit mobile game and even a Hollywood blockbuster. However, gamers will remember the 2008 “reboot” of the game that features a whole new style. With cell-shading and soft, mythical colors, the game was something out of a storybook. Not everyone liked the new Prince however, which sadly led to the franchise being put on hold. 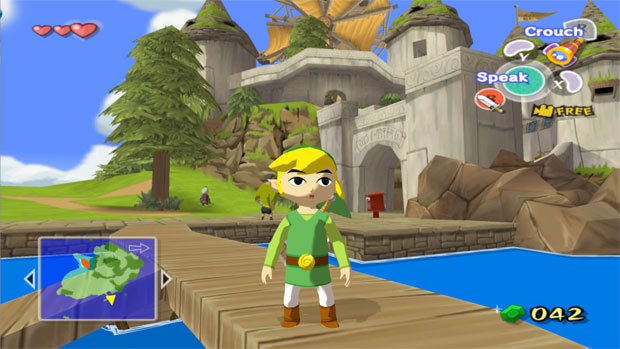 The Legend of Zelda: Wind Waker

Nintendo’s Zelda franchise has become a top-tier selling game over the years and this was one of the biggest entries in the series. Wind Waker featured the protagonist, Link, as we had never seen him before. Everything looked like it was from a cartoon and had a completely new feel to it. Opinion was divided, and many die-hard fans were turned off by the new look. However, it was one of the best games on the GameCube and has recently been re-released on the Wii U as The Legend of Zelda: Wind Waker HD, so how bad can it have been? 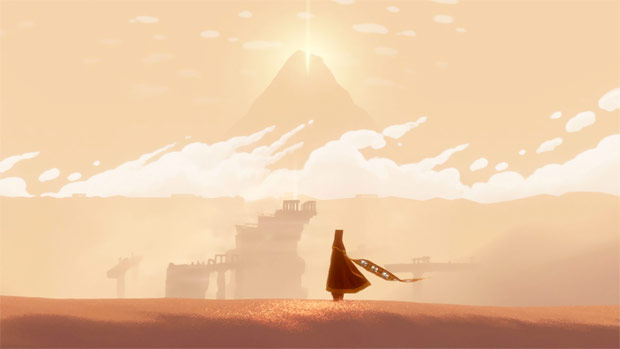 Much like other indie games, the experience in Journey is what counts. You have to journey through the desert and other pastel-colored environs that look like a painting to get through the game. However, the unique style doesn’t just stop at its graphical look. The story is told without words through pre-rendered cutscenes. Leaving the player to “feel” the game, as oppose to being told what’s happening.

Okami is truly a visual feast unlike anything you have seen before. The game is like an ancient Japanese painting come to life. Set during classical Japanese history, Okami merges various Japanese myths, legends and folklore to tell a tale of how the world was saved from darkness by the Shinto sun goddess, called Amaterasu, in the form of a large white wolf. It’s graphics will have you in awe as the levels are painted out in front of you with a celestial brush. 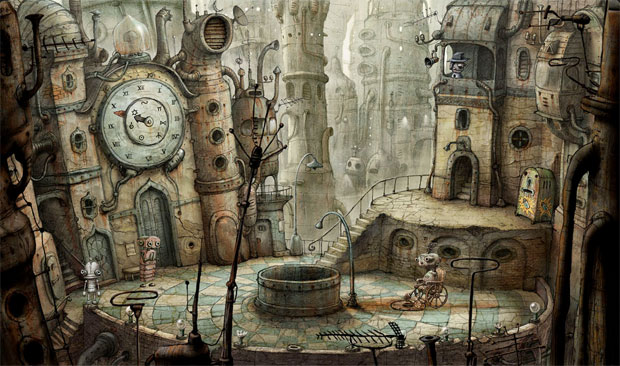 Machinarium is one of the best point and click adventures for a long time. The graphics create an atmosphere of a cold, mechanical world in which your tin protagonist must venture. The look and feel of the game is fantastic and looks more like an old and highly detailed painting than a video and is well worth a play. 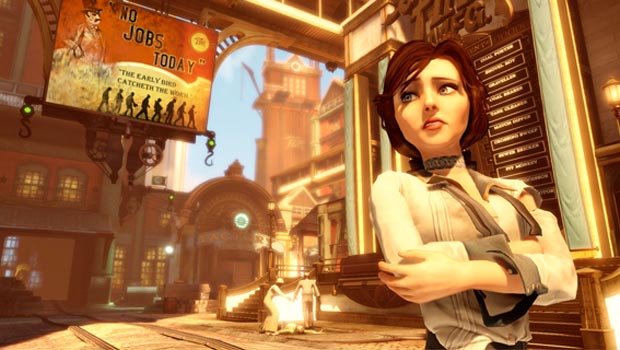 The hit 2013 game that introduced players to a city in the clouds is known for the most unique setting used in a video game for years. A re-imagining of post Civil War USA, it puts players in the town of Columbia, set up high in the clouds. Floating along with a beautifully crafted fantasy world, gamers often talk about the game’s setting rather than its fantastic story and gameplay.  Whilst the graphic style is the same 3D first person style we see time and time again, this game is set apart by its sheer attention to detail. This is not just realism but hyper-realism.

For years to come, game creators will continue to develop unique experiences. As we enter the next-generation of games consoles, developers will be able to try new things and once again push the boundaries. What will the next XIII going to look like? Who will make such a game? Only time will tell.