High definition cut scenes, gritty and realistic lighting and textures, action packed set pieces and an epic story of one man against a god. And yet all the way through it I couldn’t believe how unbelievably sexy Cortana was.

After finally getting round to playing Halo 4 the single most striking thing about that game was Cortana. The voice acting was superb and the juxtaposition between the inhuman and unemotional Master Chief to the fragile and tender computer program Cortana.

Cortana’s voluptuous hips, teasing side boob and sweet little gap between the teeth indicate that a lot of time was spent crafting her, and we appreciate it. When it comes to video game woman, she has now made the top ten in my opinion.

You can either enjoy the images below alongside the written feature or simply sit back and enjoy the video. If you watch the video please give it a thumbs up to support the site. 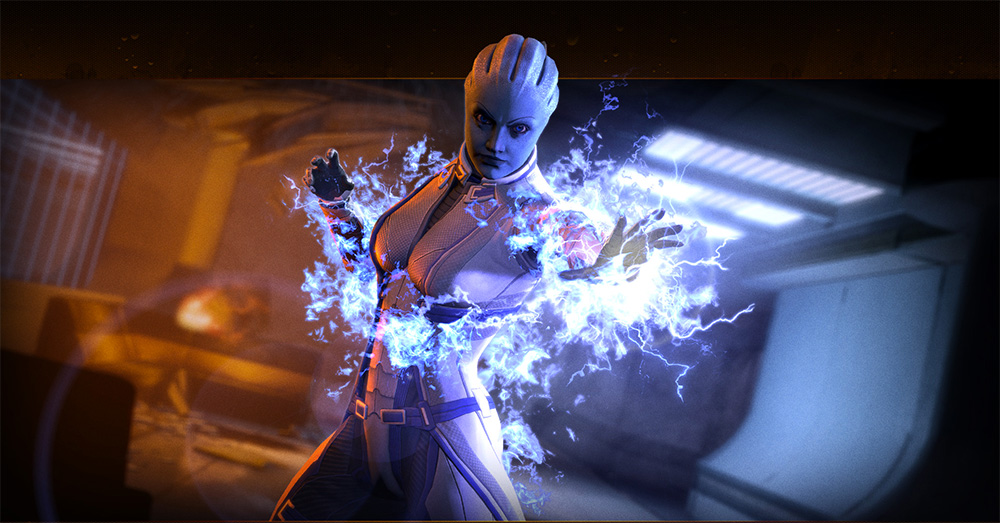 Liara is the kind of alien you could take home to meet your mum. She has a medical background, always wants to do the right thing and if softly spoken and empathic to all those around her (literally). Of course your mum would have to get over the blue skin, bald head and poky rear cranium bones but if we can get past it (and sleep with her in Mass Effect 3) then she could too. 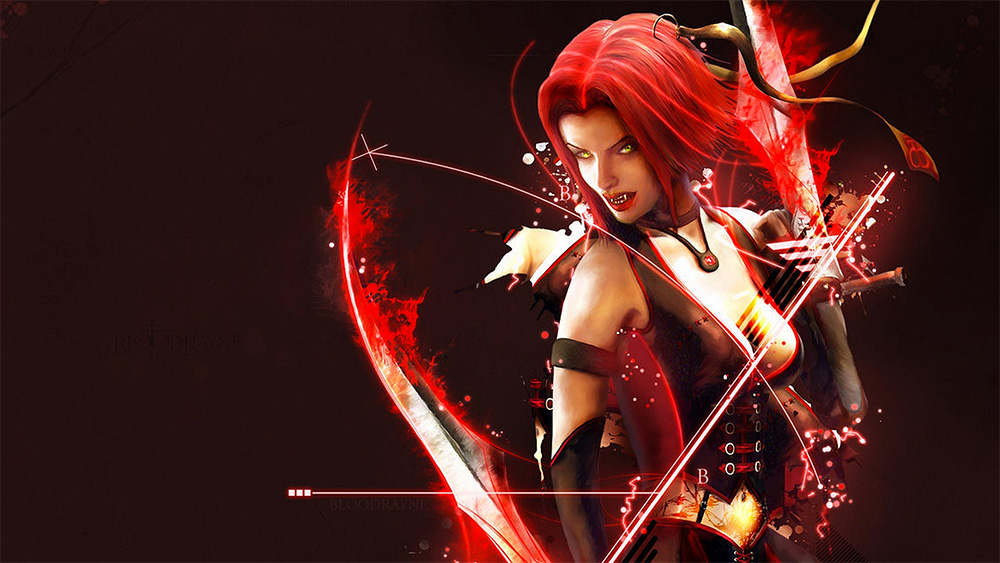 Vampires are a grey area when it comes to defining ‘non-human’ as many start life as human and are ‘turned’ whereas the beautiful red head Rayne was born a vampire (or Dampire?). Rayne may have some ‘daddy issues’ but she is sleek, sexy and the way she wields those twin blades is enough for many a man to succumb to her blood thirsty ways. 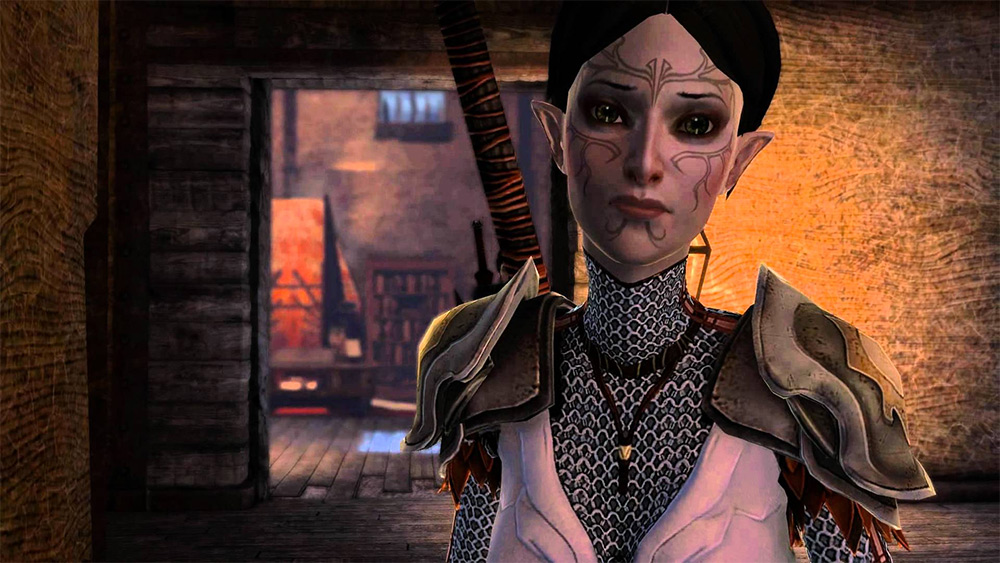 Merrill is everyone’s favorite Elfen cutie. Whether you play as male or female you will still find yourself in bed with this ultra slim and innocent sweetheart. Her Welsh accent and scared demeanor makes you just want to protect her and then jump in the sack. 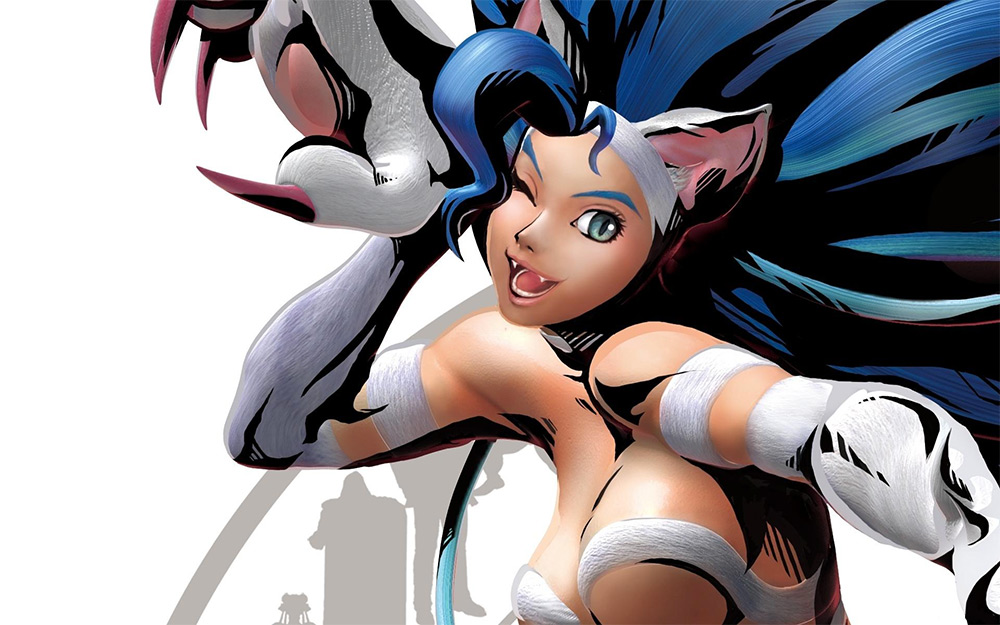 This green eyed cat woman has the tail, paws and feet of a feline and one of the most beautiful bodies of the fighting world. Felicia has the largest chest of the female Darkstalkers beating even SNK’s Mai Shiranui. Her back story tells the tale of an orphaned cat woman brought up by nuns. Her dream was to become a singing star and unite the worlds of human and Darkstalker. After a short lives musical career she went on to start her own orphanage. A beautiful character that is both sexy and wholesome and sweet. 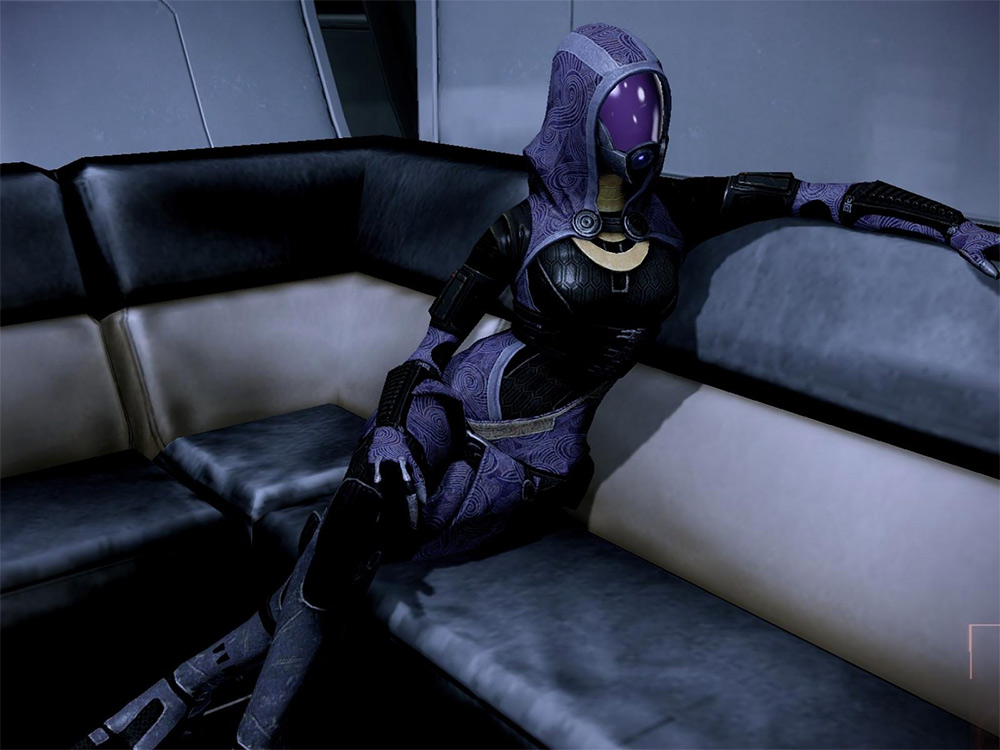 Tali teases us throughout the first Mass Effect with a killer body, leather body armor, love of machinery and eastern European accent. By Mass Effect 3 she and Shepherd get up close and personal and she finally reveals her face. This Quarian may have three fingers and pupil-less eyes but she is still as hot as fried gold. 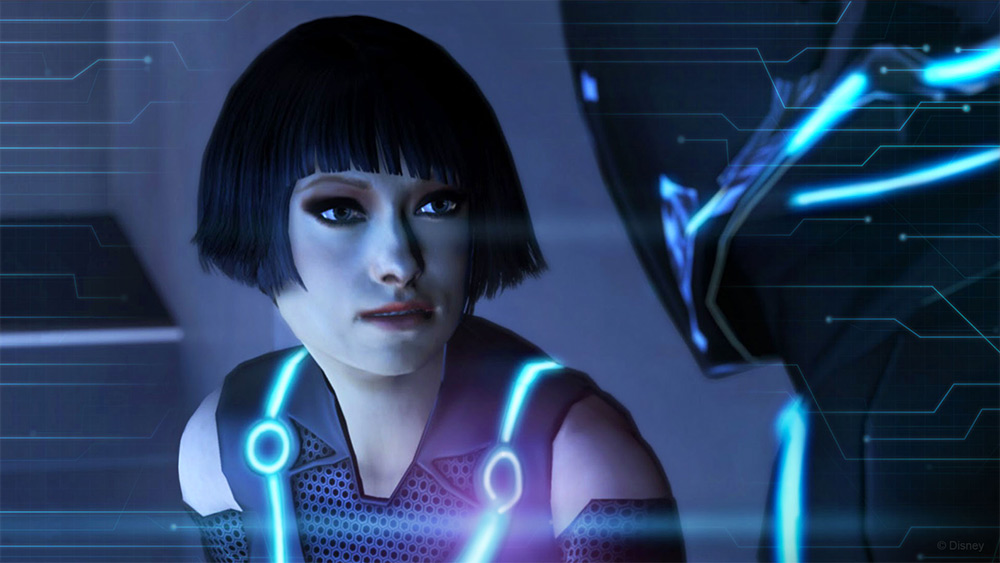 The movie Tron: Legacy introduced us to the lovely Quorra, a software program with attitude. Her short bob hair and tight neon suit drove us crazy on the big screen so it’s only fitting that her digital counterpart would do the same on Tron Evolution. 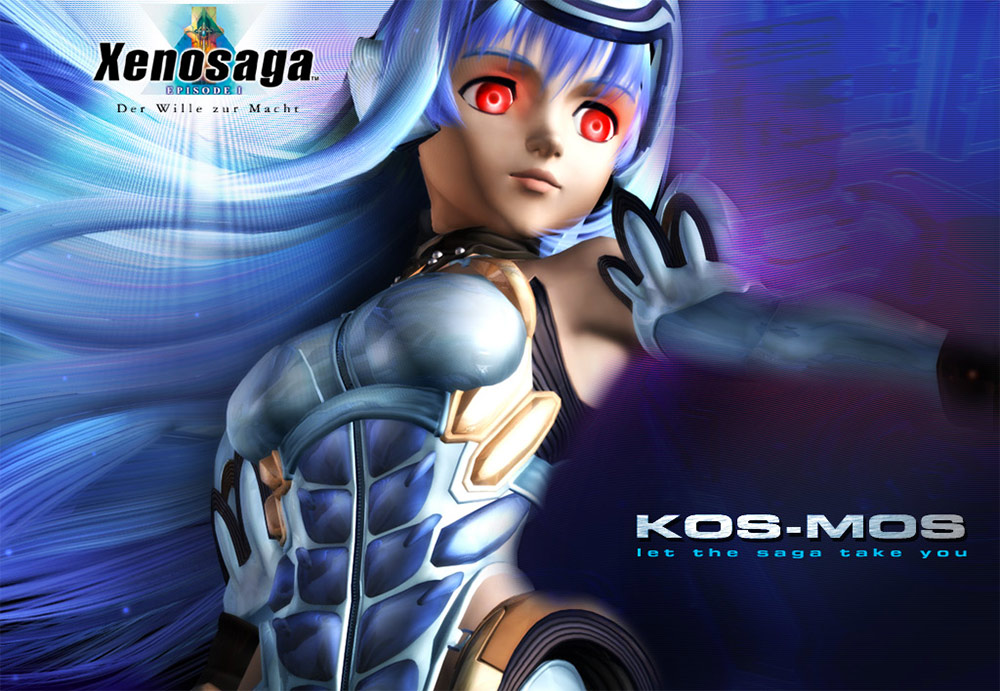 KOS-MOS a super hot, super-powered fighting robot that would even put Mega Man down in a fight. This metallic beauty wields all sorts of ridiculous weapons and has a million ways to kill things. KOS-MOS is blessed with super strength, lightning speed and the ability to teleport in guns out of nowhere. 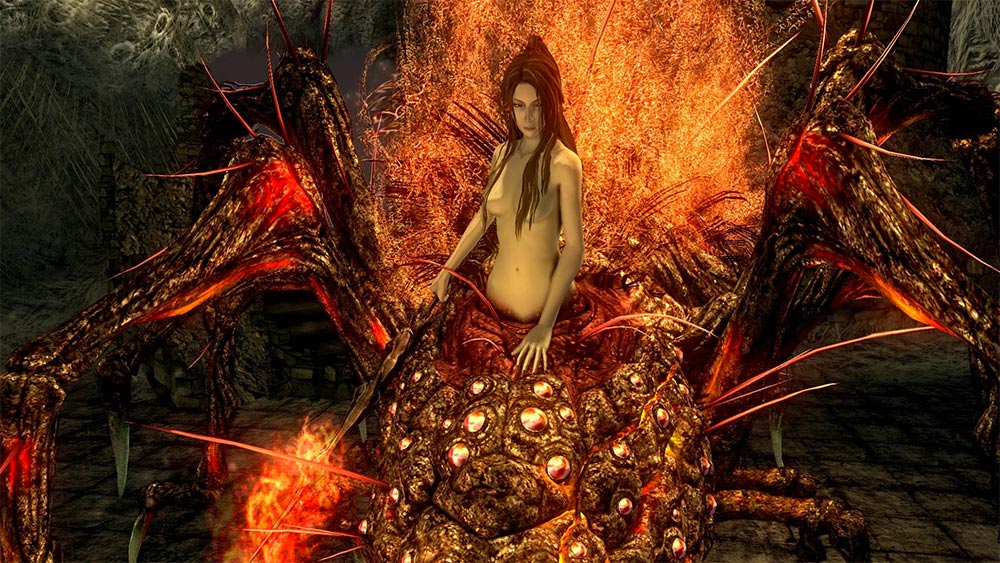 OK, so she’s half giant killer spider with flaming hot lava for blood but hey, the top half is t-a-s-t-y! Maybe it’s because she’s always half naked or maybe it’s the strategically placed long red hair but when it comes to spider-witch hybrids she’s top of the pops! 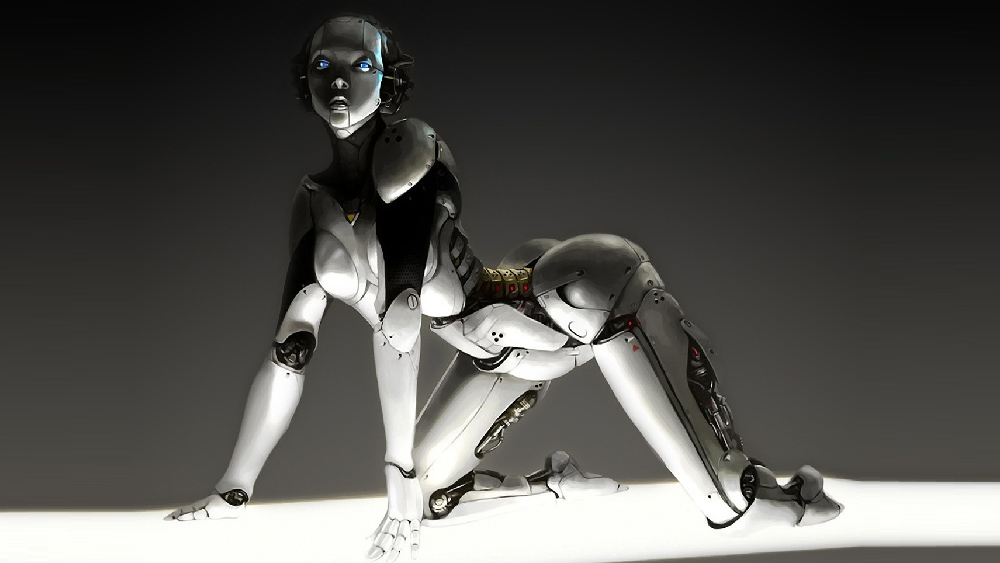 Possibly the oddest entry on the list but this one is a grower as the more you play the more you enjoy her company. The image above is a great piece of fan art depicting her as I would like to think of her. In reality (or the game world) she is hard-wired in and has no legs. However, it doesn’t stop her from being a beautiful collection of pixels. 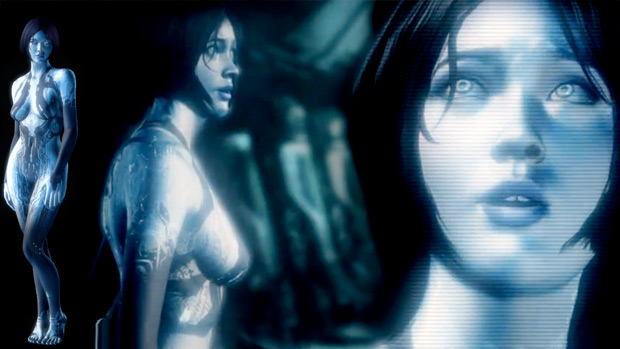 Article Name
The Beautiful Cortana and Other Non Human Sex Bombs!
Description
Cortana's voluptuous hips, teasing side boob and sweet little gap between the teeth indicate that a lot of time was spent crafting her, and we appreciate her and other non human characters in gaming
Author
Ian Garstang
Related ItemsAliensArtscharactersCortanaDarkstalkerGirlsHalo 4KOS-MOSMai ShiranuiMass EffectMass Effect 3Master ChiefsexyTron: LegacyZorah