Pursue Your Passion as a Gamer 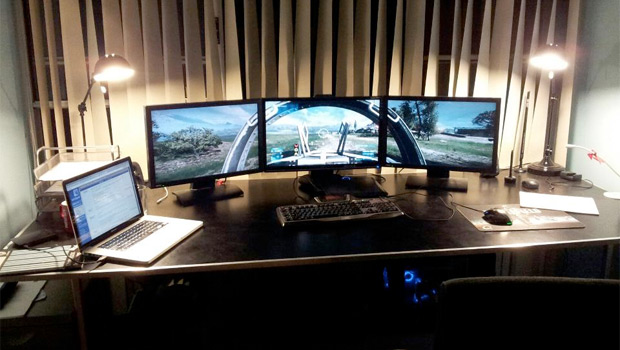 Those who want to turn their hobby as a gamer into a full-time profession have never had more options than they do today. The Bureau of Labor Statistics reports that the $10 billion gaming industry employs more than 32,000 people across the country, with no slowdown in sight as the popularity of console, mobile and PC games expands. How can you turn your history of rescuing Princess Peach into a full-time profession? Here are just a few ways. Just like illustrators are needed to turn an idea into a picture book, 3D designers are needed to bring a video game onto a television. Digital design makes up the core of all video game production, since these designers will be the ones who turn a string of numbers into a beautiful rendition of an in-game sunset, sport car, or Super Bowl tilt. The Bureau of Labor Statistics notes that graphic designers need a four-year degree to find employment, but can start on the job as soon as they graduate. By 2020, furthermore, the economy will need 37,000 more digital specialists than it currently holds, so demand for this position will remain high both within and outside of the video game industry. Why do you love video games? If you can convincingly and clearly explain what makes a game or a series great, you may have the ability to sell them to an audience. There’s plenty of money in it: GameSpot reported that Bioware’s The Old Republic cost $250 million to develop and market. Marketers have many tools in their arsenal, from testimonials to viral social media campaigns, making them an in-demand profession both within and outside the video game industry. Opportunities like this are available on career boards like www.job-applications.com. Video game marketers specifically will work closely with testers to determine the selling points of a game before creating a campaign to sell the product to the gaming world. For every title that hits the shelves, thousands of hours of work go into playing the game from start to finish in order to determine that bugs get fixed and opponents enjoy good balance. Testers provide the backbone of any video game release, exploring every nook and testing every situation to determine the game’s strength. Playing games all day may seem like a great career, but in an interview with G4, Modern Warfare 3 quality director Jeff Roper notes that testing requires concentration and attention, meaning that a tester needs to be serious with high expectations for the game to succeed.

Think your skills can pay the bills? If you want a real career in gaming, take a shot at the top by becoming a professional. Entities like Major League Gaming recruit those who perform at the peak of the leaderboard to play in contests and tournaments, handing out as much as $700,000 in prize money to teams and participants. You need a lot of dedication to go pro, especially on computer games where professionals perform three to five actions per second, but those with the peak skill set can enjoy their hobby as a full-time career.