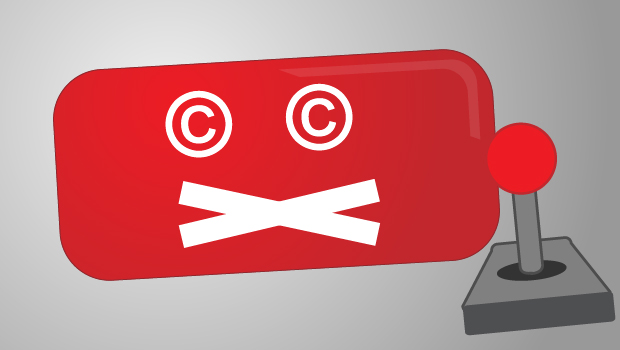 On December 11, 2013 Google & YouTube announced a new automated copyright enforcement system, sending a spike in red flags for users reviewing video games.  Game creators, such as Blizzard, Ubisoft and Capcom had thousands of copyright infringement notices dumped in their inboxes as a result.  The companies who develop the games rely heavily on such YouTubers to spread the news about their games, many such reviewers have huge followings and are seen as video game authorities.

Gaming studios sent out mass messages to their audiences in support of the protest against YouTube’s new policies. Blizzard wrote “If you’re a YouTuber and are receiving content matches with the new changes, please be sure to contest them so we can quickly approve them. We are working on a long term solution, but that is the quickest way to solve issues immediately.” Ubisoft went as far as to provide specific instructions on how to dispute the claims, saying “If you happen to be hit with claims on any of your Ubisoft content, it may be that some of the audio is being auto-matched against the music cataloge on our digital stores – it might show up as being claimed by our distributor ‘idol’. In such cases please take the following steps and we can get it cleared for you.  1. Leave the video live for now.  2. Send us the URL of the affected video and let us know who flagged it.  3. We’ll get it cleared hopefully same day.” According to GamePolitics.com YouTube stars like TetraNinja have had more than 350 videos taken down. Many people like TetraNinja rely on their video popularity as their main source of income.  Until Google figures out how to handle the issue, this means lost revenues.

With YouTube being a global reaching entity, its copyright team has to take into account the laws of all countries that access YouTube content.  For content produced and viewed in the United States this means covering the four factors of fair use:  1. The purpose and character of the use, including whether such use is of commercial nature or is for nonprofit educational purposes.  2. The nature of the copyrighted work.  3. The amount and substantiality of the portion used in relation to the copyrighted work as a whole.  4. The effect of the use upon the potential markets for, or value of, the copyrighted work.  So in YouTube’s opinion they are protecting the game manufacturers from stolen content.  From the studio’s opinion, YouTube is hurting their business.

What is even more counterproductive to this is move by YouTube is how 2 major game consoles have changed to become more social. Both PlayStation 4 and Xbox One have built-in video sharing features which allow gamers to record their game-play experience and share the video instantly with friends.  (The PS4 controller even has a “SHARE” button on the left side above the D-Pad). So with the popularity of real-time video sharing expanding in the market, the world’s largest provider of video content has decided to block the product the market wants to promote.  Hopefully the video giant will soon figure out where to properly draw the line between legitimately protecting content and hampering a booming industry.