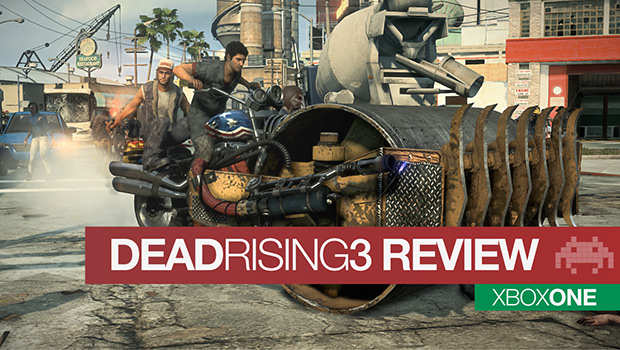 Something has to be said for standing atop a crashed delivery van, panning round 360 degrees and being surrounded by hundreds of flesh-eating zombies. No other game series has really captured the one man-verses-the zombie-apocalypse quite so perfectly.

Resident Evil games may have had the scares, Left For Dead had the panic and Stubbs The Zombie had the comedy, but Dead Rising has the sheer numbers.

Dead Rising 3 takes place ten years after the Fortune City outbreak in Dead Rising 2. The main story follows a young mechanic named Nick Ramos three days into the outbreak as he is trapped in the fictional city of Los Perdidos, California. Like in the previous games you have a set time limit to achieve your goals. In the case of Dead Rising 3, the army is going to flatten the city in six days. Which is actually twice as long as in the previous games.

I was a huge fan of the first game in the series for so many reasons. The setting was reminiscent of the movie ‘The Dawn of The Dead’, it was funny, it pushed the limits of the console and had a protagonist with photo journalist Frank West, you had a personality you could get behind. I had a lot of time to play video games back then so I didn’t mind the bizarre saving mechanic. Having to use the toilet to save my progress was novel and made for interesting dashes across the mall. By the second Dead Rising game however, I found myself with much less time on my hands. If I only got 30 minutes playing time I really needed to make it count, so I found the save function a lot more frustrating. The hero was much less interesting but the added father-daughter relationship definitely helped you push on through the story. 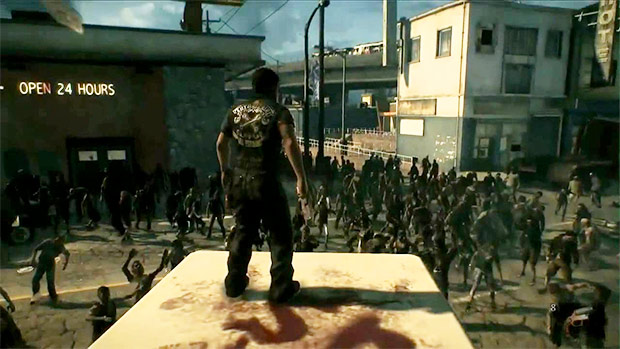 In Dead Rising 3, Capcom and Microsoft Studios have listened to the fans and included a ‘Story Mode’ that allows for more regular saving and elongates the game with a slew of quests, collectables and additional content. For the hardcore fan though, there is still the ‘Nightmare Mode’, which is well worth a play as the time limit is reduced, the enemies are harder and faster and the toilet saves are back in play. The overall game feels shorter but it is a lot more intense.

The crafting mechanic from Dead Rising 2 has been increased to include vehicles as well, and riding the ‘RollerHawg’ through hundreds of zombies is one of the stand out moments in the game. Thankfully, crafting can be done anywhere so no need to look for the nearest workbench to create your favorite zombie killing tools. There are over 100 combo weapons to create, as well as new ‘Super Combo Weapons’ from machine-gun sentry teddy bears to my personal favorite, the Iron Edge which is created by combing a Broadsword with a Machete. 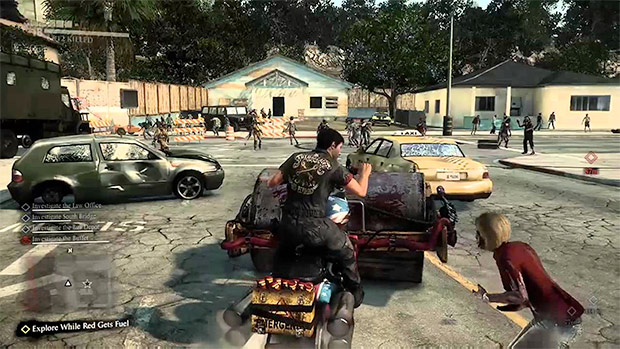 Also back with a vengeance is the array of colorful psychopaths who act as boss battles throughout the game. I read that they represent the seven deadly sins so expect to see a variety of enemy types from a glutenous fatty on a motor-scooter to flamethrower-wielding bondage master.

Sadly, Nick Ramos is a bit of a ‘wet weekend’ and starts the game being pushed around by the other characters and doing as he is told. Other parts of the game see’s him following around a emo-chick called Annie who doesn’t give him the time of day. Nick has no apparent family or relationship ties so lacks any real back-story. The voice acting is fine in the fact that it portrays a guy scared of his own shadow, and yes, this is just part of the narrative as he becomes battle hardened by the end. For me, however, the transformation is far too slow. After killing nearly 20,000 zombies, three psychopaths, and saving 20+ people Nick was still sounding like it was day one of the zombie apocalypse. 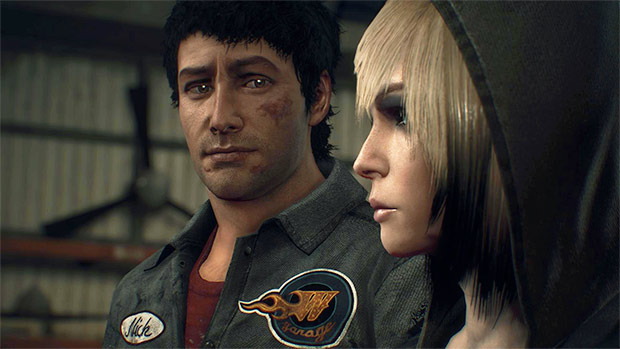 Thankfully, this doesn’t deter you from the sheer scale of the game. The open world is ‘limited’ but big enough to have a fantastic experience in. The world has shops to loot, suburbs to explore, freeway’s to race down and an array of underground tunnels and places to get lost in. The additional voice commands to distract zombies and direct survivors is a cool touch but you will rarely use it. Similarly, if you remember you can activate SmartGlass integration you can use it to discover more collectibles, set way points on the map and later call in drones and airstrikes which is another awesome feature.

I was worried that Dead Rising 3 had ‘grown up’ to much and was taking itself too seriously compared to its original roots. However, despite the HD ‘dark and grey’ graphics the game is still a lot of fun and you will find yourself dressed as Daisy Duke with knife filled boxing gloves smashing your way through thousands of zombies. 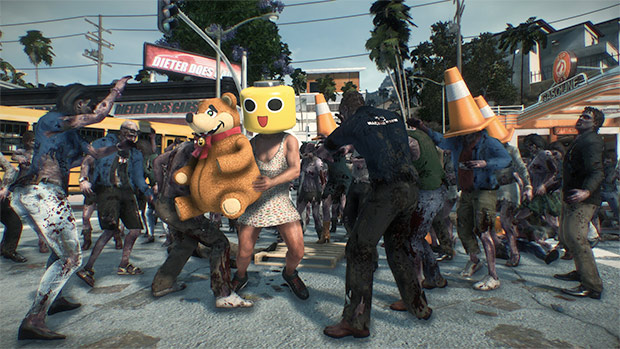 Overall, this is a surprisingly entertaining game from start to ‘overtime’ and with the array of new DLC content available (and the all new PC version with even better graphics) I would definitely recommend this game. It stays true to the original in many ways but also addresses the issues the previous titles in the series had. It would have been nice to have more vibrant graphics (considering the light-hearted, funny side of the game) and I would have liked to see a more interesting main character, but these issues are not a deal breaker. So if you are hungry for some zombie killing action then ‘tool up’  as you can’t go wrong with Dead Rising 3.