Video Games With a Positive Portrayal of Mental Health 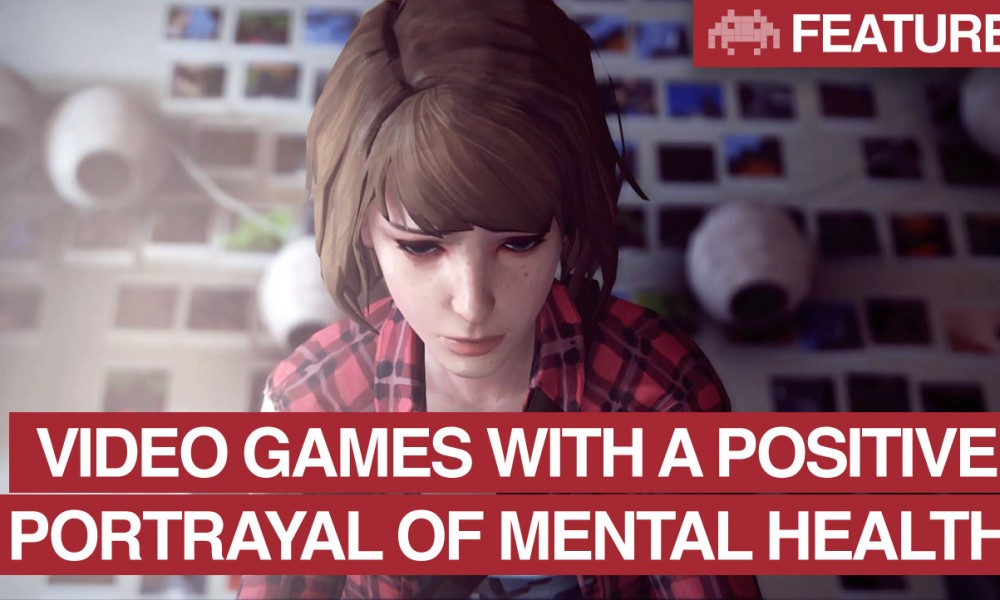 Unfortunately, video games have a history of villainizing mentally-ill characters. Many depictions show characters that have struggled with their mental health as sick, twisted individuals beyond repair. Frequently these people are created to be feared, hated, and must be destroyed. Luckily, there are some game developers out there who understand the reality and seriousness of good mental health.

**Spoilers Ahead – Proceed With Caution The Portrayal – Maxine wakes up in her photography classroom after dosing off. She heads to the restroom in order to clear her head and finds her best friend Chloe being attacked and eventually killed. In an effort to save her friend, Max discovers she has been endowed with the powers to rewind time. She makes use of her gift and is able to stop Chloe from her dreadful fate. Max must now decide whether to use her gifts for good or evil during the following week at Blackwell Academy.

Max is continuously dreaming about a tornado hitting her sleepy town of Arcadia Bay, Oregon. She just knows that something awful is coming and she must do whatever she can do stop it.

Chloe has been having some trouble with her parents, that’s no secret. She suffers from depression and has chosen to engage in some rebellious acts, like getting involved with drugs and alcohol in order to cope. Max does her best to constantly stop Chloe from being maimed in one way or another, whether that be car-crash, bullet wound, or being beaten to a pulp.

In the process, Max is taxed with several other weighty decisions. She must clear the name of a girl who was drugged and assaulted at a party, as well as stop her from jumping off the roof of Blackwell Academy and ending her life. Not to mention, she must try to find her missing friend Rachel who hasn’t been seen in days.

Much to their dismay they do find Rachel, who was taken advantage of and murdered by her photography teacher. Nevertheless, Max discovers that regardless of what she does, the tornado will hit the town. The tornado manifested itself due to the discovery of her powers. In the end she must restore order to space and time by letting the tornado destroy her town or going back to when she first discovered her gift, and letting Chloe die.

Why I Love It – Maxine is a true hero through and through. She truly cares for everyone in this story and as such does everything within her power to stop horrid and hateful acts, like sexual violence, discrimination, bullying, and of course the death of her friends. After all that she has seen she puts her own happiness aside and must decide the fate of the world around her. The Portrayal – Your character begins the story in a happy home with their husband/wife (you can choose to be male or female) with their newborn baby son. In no time they are greeted by a salesman at the door who offers them a place in their state-of-the-art vault, should the world blow itself up anytime soon.

Of course, shortly afterwards the world goes into complete chaos after a nuclear blast and you, your spouse, and your baby rush over to the vault. After entering the vault your character blacks out and wakes up inside of a cryogenic sleep chamber. Across from you is your spouse and your child. Some folks in hazmat-looking suits come in and take your child and leave your spouse, who appears frozen to death.

Your character passes out once more and when you awaken you are able to escape the chamber and immediately begin your quest to find your son, Shaun. After some time has passed walking around in the wasteland (named The Commonwealth), you come to find out that you were trapped in the cryochamber for longer than you originally thought. The game takes place 210 years in the future, after the first nuclear blast hit. In addition, many years have passed since your baby was stolen and you were able to escape the chamber. Your son is now all grown up.

You find him managing an elite force called “The Institute”, which manufactures (perfectly identical to human) synthetic beings, captures people across the wasteland, and replaces them with synths in order to corrupt and infiltrate communities across the land. Your son was captured and his DNA was used to finish the latest installment of synths. When he became old enough he took over operations for The Institute.

Your character must make the choice to regain her son to further the Institute’s takeover of the world or destroy him and the Institute in order to save the synths and essentially allow the human race to rebuild any way they see fit.

Why I Love It – Your character is a fearless parent who is willing to do anything to save their son regardless of the life-shattering circumstances. Dealing with the loss of a spouse, your world, and a child is awful enough. Yet, you are also granted the ultimate choice between family and the safety and happiness of the world hereafter. Yeah, that’s heavy. The Portrayal – Never in my life have I felt so emotionally attached to a set of characters. Namely, the two main characters, Lee and Clementine, are particularly riveting. The story initially follows the story of Lee, who has been arrested after murdering his wife’s secret lover. That in itself is awful and heartbreaking, but the story gets so much deeper. Lee’s family have perished in the zombie apocalypse and Lee is forced to put his brother’s body to rest before it hurts one of the crew.

Lee stumbles upon Clementine, an 8 year old girl, who was stuck with a babysitter while her parents were visiting the nearby city of Savannah, Georgia. The babysitter is nowhere to be found and some revealing messages on Clementines answering machine enlightens Lee to the fact that her parents were quarantined in Savannah and won’t be making it back to her. Clem decides to join Lee if he promises to help her find her parents, to which he agrees.

Throughout the first season Lee and Clem are put in charge of the lives of everyone else in their surviving group, many of which will perish no matter what Lee chooses to do. Against all odds Lee and Clem make it to Savannah and find Clem’s parents, but sadly they didn’t make it out alive.

In addition to all of this tragedy, Lee sustains a nasty bite on the arm from an unsuspecting zombie while he is distracted, which of course leads to some very tough decisions for both he and Clem. Before he turns, he is forced to ask Clem to end his suffering and thus ensure that he won’t hurt her after the fact. The choice is yours whether to comply or not, but either way after the journey that these two have suffered through together, I have never cried harder while playing any video game.

Why I Love It – Despite all the horrific things that Clem and Lee have seen, both of them show each other support and do their best to stay level-headed and positive. They don’t run from the abandonment and sorrow they feel on a constant basis. They work as a team to help each other and teach each other valuable lessons about grief, forgiveness, and living in the moment.

Most of us go through periodic ups and downs in our journey to mental health. So, it is refreshing to see a few various titles that represent such peaks and valleys in their conquest for balance and harmony. Let’s hope that other games follow suit and treat mental health like the common, significant, and impactful topic it is and deserves to be portrayed as.