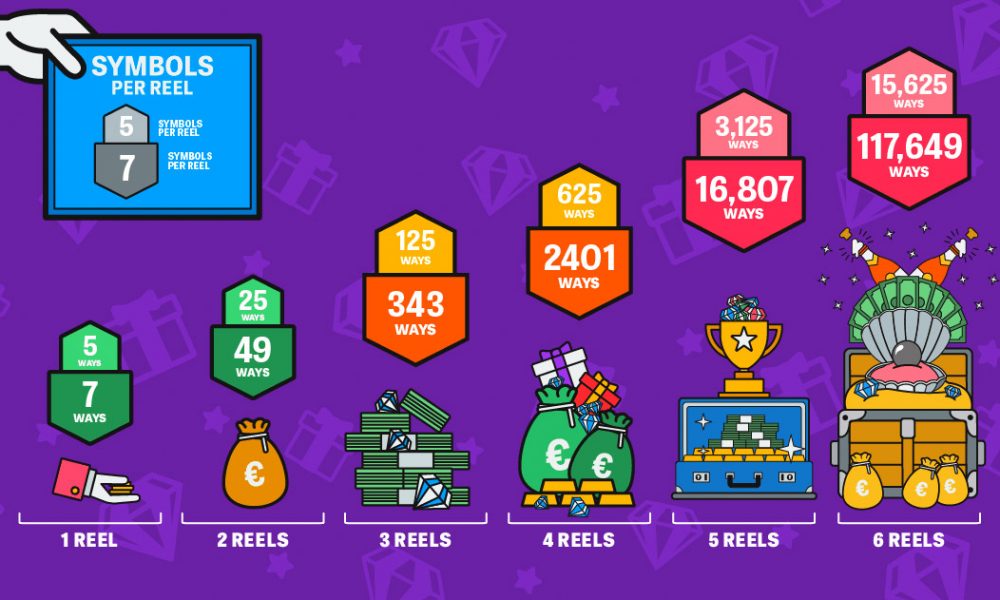 Online casino developers have really set the tone for the limitless opportunities of the gaming industry over the years. If there’s one genre of game that never seems to stand still, it’s slots. There are new, innovative ideas cropping up every year and driving the games forward in their evolution. The latest huge advancement is the Megaways engine, which has massively increased the number of pay lines on the reels. This latest invention highlights how the possibilities for further enhancement and progression in the gaming industry could be infinite.

Megaways Engine Cranks up the Possibilities

Tell a modern player that slots used to be huge machines with three reels that were operated by pulling a lever, and they’ll probably laugh in your face. The state-of-the-art versions that exist online now barely resemble their ancestors that came about at the end of the 19th Century. Indeed, they have evolved into incredibly advanced gaming platforms.

Since moving online around the turn of the millennium, slots have evolved more rapidly in the last twenty years than they did in the hundred before. There are a number of factors that have influenced this. The online casino industry is growing at an exceptional speed and slots are the most popular game. This has led to fierce completion between top developers, serving to push innovations and developments forward at a faster rate.

The latest in a long line of tweaks and changes to slots is the conception of the Megaways engine. Online slots have long moved away from the one central win line of the machines of old. The games have often had more than 200 ways to win. But now, with the Megaways engine, there are hundreds of thousands of ways to win. This is because the revolutionary piece of tech uses a Random Reel Modifier which changes the number of rows on each reel with every spin. It creates a much vaster number of different combinations.

No Man’s Sky a Close Similarity on Consoles

Slots going from one win line to hundreds of thousands is a great highlighter of the exponential growth that exists in the gaming industry. Other games and genres have evolved in a similar fashion, with console offerings being among the most advanced in terms of gameplay and graphics.

No Man’s Sky is an example of a title that stretches the realms of possibility for console games in the same way that the Megaways engine has done for slots. The 2016 offering from indie studio Hello Games allowed players to explore an open-world universe. This vast sandbox involved procedurally generated deterministic worlds, meaning that there were a virtually infinite number of destinations that players could visit – 18 quintillion to be exact.

Hello Games arguably sacrificed plot and gameplay in favour of scope with the bold offering, and it received mixed reviews because of this. However, there is no denying that this could serve as a revolutionary offering for consoles and a major stepping stone in the evolution of their games. Just like Megaways has opened up a world of new possibilities to take slots in different directions, No Man’s Sky can inspire game developers to think on a grander scale.

The Megaways engine has brought about new ways for developers to make slots that they may not have previously considered. With the Random Reel Modifier they can work this into their designs and combine the concept with the theme of the game. This advancement shows how the evolution of the gaming industry is unstoppable, and developers will never stop coming up with new ideas.