The Over-scoping Game Designer – The Attack of the Feature Creep 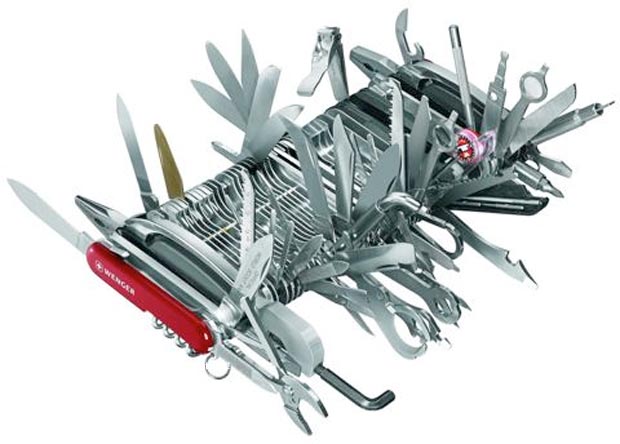 I think we are all guilty of this one. We have an idea for a game and it might start of simple and then grow and grow until it’s a beast of a project. Realizing a project of that size, scale and complexity can take months or even years, especially if you are a one-man band.

Just in case the title has left a few of you with blank faces I thought I should explain myself. Overscoping is when you make the ‘scope’ of the game bigger than it needs to be. Does it need to be a third-person shooter with full script, voice acting, interactive weather, in-game shopping and the ability to upload your photo or can the game be just as much fun as a single room, top down, two-dimensional pickup and play game. Sometimes our ideas and aspirations are greater than our abilities. Feature Creep is when you are mid-development and you start having additional ideas which sidetrack you off the task in hand whilst elongating the development time

So how do you reign in the scope of a game into a move manageable size?

Personally, I think that breaking the project into releases is a good start. Put the core functionality and basic gameplay into the first release and then categorise all of the other functionality, features and additions into levels of importance 1 being the most important and needed in the initial game and 3 being the ‘nice to haves’ that you can live without on launch day. This is not only a great way to organise your thoughts but also to give priority to certain to-dos. There is no point spending lots of time and energy on trying to make certain features such as ‘the weather effects gameplay’ if really it is in column 3. Similarly, this list of versions can improve the longevity and lifespan of a game as it gives you a road map for future updates of the game meaning it keeps people playing and (if you’re into all that) keeps earning you money.

By employing a strict time frame for the development of the game you essentially add a cap to what can be done. When a game has a ‘finished when its finished’ attitude it can linger for months and ultimately you may lose your enthusiasm and shelve the entire game.

Features are much easier to add in the game at the beginning. Trying to crowbar in extra gameplay elements once you are in the coding stage can lead to all manner of issues. I find that if I limit new features to the end of the design phase I can realistically meet my deadlines as well as ‘design them in’. Ideas I have after this time has to be added to release two or even the sequel.

Be task-driven and not vision driven

When you have decided on you game, outlined its gameplay, levels, look and feel break down all the things to do into a task list. This makes game development more manageable and less overwhelming. By ticking off tasks you will get small feelings of achievement throughout the project making it a much more enjoyable experience. By constantly thinking of the game as a whole it’s easy to miss bits, add bits and makes the goal ambiguous. By clearly defining and completing tasks you can see the project move forward is sizable chunks making it easier to meet deadlines and complete games.

Feature creep is inevitable and so you should expect it, and even assign time to it. This will make you more adaptable and flexible when developing games. The trick is to manage it and not let it manage you.