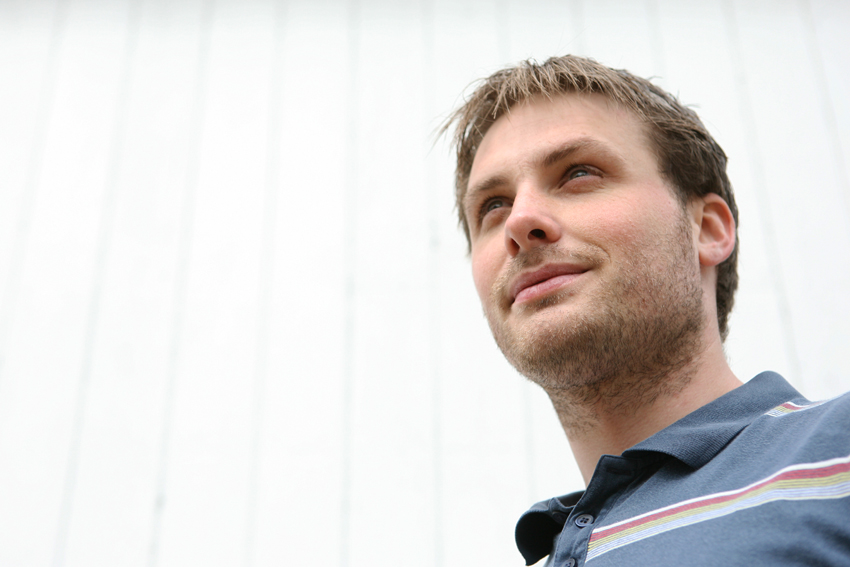 I know that a lot of us struggle when it comes to music and sound effects for our game projects, we’ve put all that effort into the level design, graphics, and game play that we sometimes neglect the music and sound effects. It is also difficult to find an artist to work with that not only has reasonable prices but also has a flair for indie game projects. I recently had the joy of working with Gavin Harrison who I actually found on Twitter, but on deeper research saw what an fantastic and extensive portfolio of game music he had. After working with him he was good enough to let me interview him for the website.

Q. How long have you been creating music for video games?

Hmmm, well my interest in composing music at all came from my days playing games on the ZX Spectrum in the late 80’s / early 90’s.  I actually started out as a programmer and whilst I became proficient in BASIC, assembler just went over my head for some reason.  Then one day via Your Sinclair I discovered Soundtracker on the ZX +2, became active in the demo scene of the day and the rest is history!  So in some respects you could say I have been composing for games since the early 90’s.  However, despite always being involved with music in one way or another, more recently I began writing for games again around 2010…Actually starting with SFX.

Q. Do you have a particular industry hero or someone who you look to (or listen to) for inspiration?

A band called Telefon Tel Aviv were a huge influence on me, a friend introduced me to their music at a time where I had all but stopped composing and hearing the way they manipulated sounds gave me a whole new perspective on both composition and sound design.  I’d also add Brad Fiedel to this list, his Terminator theme has always stayed with me as one of the greatest movie themes of all time.  Yuzo Koshiro is another who I admire and has absolutely influenced me, his Streets of Rage soundtrack was one of the first I recorded to cassette so I could listen whenever I wanted.  Also, not only was the music fantastic but it was written in a programming language he created for himself!

Q. Do you collect or listen to game and movie scores outside of work?

I do, though often I think not as much as I should.  I tend to listen to whatever reference material I have been given for the game I am working on whilst driving to and from the studio and I will also flick through the radio just to listen to what is out there, and to pick up on any current mix techniques.  I have quite a few movie soundtracks in my CD collection too, but probably the ones you’d expect (Hans Zimmer anyone?).

Q. What’s your favorite game track or the one your most proud of and why?

At this time, it would have to be the current work in progress music I am doing for Xiotex Studios’ Cyberstream Fugitive, but to be honest I think the piece of work you are most proud of it usually the one you’re currently working on or the one you’ve just finished!  Each soundtrack provides its own challenges and learning curve within those challenges, and it is meeting these that enables you to keep learning and bettering yourself.

Q. Do you approach a retro chip tune differently to a more modern piece?

This is a difficult one…I suppose the only difference in approach would be the obvious one of instrument choice a lot of the time, otherwise no.  Recently however, I was asked to create three chip tunes for Super Icon’s  ‘Life of Pixel’ on the PS Vita which definitely required a different approach; I had to stay within the exact spec of each sound chip involved, so the BBC Micro song for example had 3 channels and 1 channel of white noise only!  Thankfully my history in music meant I was used to the constraints and knew a few tricks!

Q. Do you have a preference of retro or modern?

Hmmm, I couldn’t write just one or the other I don’t think…I enjoy both in the right amounts, is that a good enough answer?

Q. What’s your favourite game soundtrack (that’s not yours)?

So many to chose from!  If I had to pick a couple instantly from my brain, I would have to say the aforementioned Streets of Rage soundtrack and also the music from The Legend of Zelda, Link’s Awakening on the Gameboy, that music completely encompassed me whilst playing.

Q. What been your most ambitious or biggest project?

Away from purely game audio, it has to be recording with the London Royal Philharmonic Orchestra a track I composed called ‘Dream the Dream’, as published by Audio Network.  Within the game audio world I would have to say it is the current project Cyberstream Fugitive, though as I alluded to before the next project is always the most ambitious!

Q. What’s the average turn around time for a 5 track project?

That’s an easy one to answer, the average turn around is as quick as it is needed!

Q. In your experience, how many tracks does the average game need?

I don’t think it would be possible to specify an average number of tracks per game, clearly every game is different and I’d even say some could work better without music (thought don’t tell anyone I said that!).  To be honest, unfortunately no matter how many tracks a game needs audio is usually one of the first things to be cut to keep file sizes down so that can often determine things.  If pushed, I’d say you’d definitely need at least a menu track and one for in game if the game demands it!

Q. What kind of information would you need from a client in terms of a brief?

Good question!  Ideally I like to get some reference tracks and also a playable build of sorts, or even just some concept art or a video of gameplay.  Often I try and talk to the client and find out what has influenced them when creating the game and apply these influences to the audio too, but sometimes I haven’t been given anything other than the instruction to write a 2 minute piece of looping music!  For the game ‘Gunslugs’ by Orangepixel, I was given the instruction of 80’s action hero movie in the chip tune genre which was a great instruction, something as simple as that can be enough.  Ideally though a rough guide of how many tracks are needed, a general genre, if they need to be looping and a guideline to how long each track should be is a good starting point.  Of course it goes without saying that needs will change as the game progresses but everyone needs a start point.

Q. How do you cost for music creation?

I try and base my costs on a fee per minute of music created but will also work where appropriate for a project fee, this is usually best when asked to provide both music and SFX.  To be honest I try and be as flexible as possible when it comes to budgets!

Q. Do you use any special optimizing techniques when creating tracks for mobile games?

If you mean do I employ any techniques when supplying the music to help the code along then no, as I usually send the audio in mp3 format.  I would like to experiment more with adaptive audio and I suspect I’ll have to employ some optimisation for that.

Q. Would you ever be tempted to make a music based game?

Q. Whats your favourite game (of all time)?

Ahhhh…I’d have to say if pushed Pilotwings on the N64!

For more information and to listen to some of his tracks please visit http://gavinharrisonsounds.com