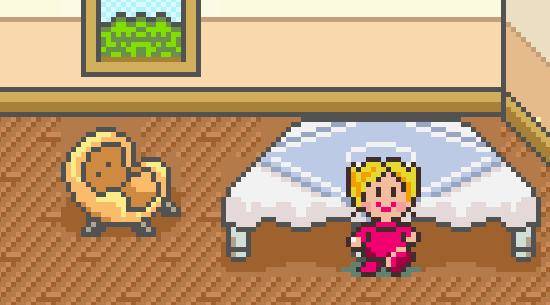 Mothers Day is upon us and to celebrate that and the fact it is ‘international women’s day’ we have altered the site to pay homage to both women and especially moms… You all rock!

Destructoid did a great post a couple of years ago so if you missed it, here is the round-up of some of the best video game mothers about.

In video games, the mothers of main characters generally fall into three distinct categories: they are either completely insignificant, evil, or not talked about whatsoever. Some video game moms, though, stand out as being truly interesting characters. Not only do they play a significant role in the game, they also personify what the perfect real-world mother should be: caring, compassionate, loving, and protective souls who only want the best for their family and loved ones.

Hurry up and finish signing that last-minute card and hit the jump for a list of the ten best videogame moms … ever.

10. Rosa (Final Fantasy IV the After: Tsuki no Kikan)

I just recently found out that there is a direct sequel to Super Nintendo classic Final Fantasy IV entitled Final Fantasy IV the After: Tsuki no Kikan. Sadly, it was only released in Japan and is only for mobile phones, but it exists nonetheless. Too bad my cell phone is from 1984 and I don’t speak Japanese; this sequel has the potential to be one of my favorite games of all time based on nostalgia alone.

In the game, you play as Ceodore — the 17-year-old son of Cecil and Rosa from the first game — as he teams up with new and returning characters to investigate a mysterious force that may or may not be affecting the world’s crystals.

True, it is a little unfair to include Rosa on this list since I haven’t played the game, but I think we can all assume Rosa turned out to be a good mother. She is a white mage; they are made to be good mothers.

Chances of winning Mother-of-the-Year: 80% – Should Ceodore ever get sick? Esuna!

9. Mayna (Legacy of the Wizard) 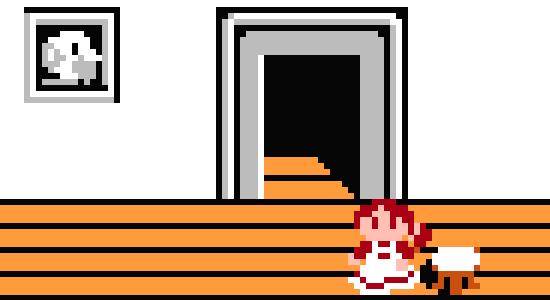 Legacy of the Wizard is a forgotten gem released for the Nintendo Entertainment System. In the game, you actually play as an entire family, with each member being selectable at any time. The family consists of seven people, five of whom are playable from the start: the father, the mother, the son, the daughter, and the pet.

While the mother Mayna may not be the strongest, she is the only character that can use special magic spells, making her one of the most valuable in the game. Instead of sitting back and watching her son do all the work, Mayna willingly jumps into the adventure to help her family as much as possible.

Chances of winning Mother-of-the-Year: 20% – Steals son’s spotlight a little too much. 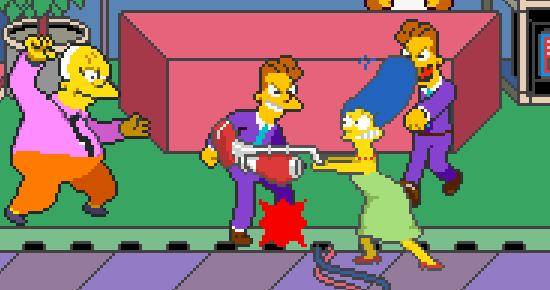 Yes, we all know Marge is one of the greatest television moms of all time, but never has Marge been so amazing than in The Simpsons Arcade Game.

To most people that watch The Simpsons on TV, Marge is the typical housewife and mother: she cooks dinner, tidies up the house, and gets the children ready for school. But in The Simpsons Arcade Game, things are a little different. In the game, Marge KILLS PEOPLE WITH A VACUUM CLEANER!

And for that she is amazing.

Chances of winning Mother-of-the-Year: 100% – SHE KILLS PEOPLE WITH A VACUUM CLEANER!

Ness’s mother doesn’t even have a name, but that doesn’t make her any less of a great maternal figure. WheneverNesscomes to visit, his mom provides him with his favorite food and a place to sleep, fully recharging his health.

And that’s not all! The relationship Ness has with his mother actually plays a role in EarthBound’s gameplay. IfNess doesn’t call or visit his mom enough, he gets homesick, which sometimes causes him to miss a turn in battle. It is the simple sound of his mother’s voice that curesNess and helps him grow stronger on his journey. 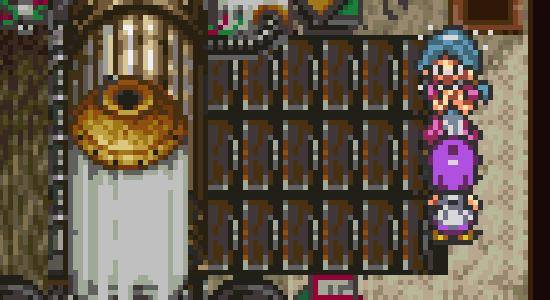 Lara is the paraplegic mother of Lucca, one of the main playable characters in Super Nintendo masterpiece Chrono Trigger.

Lara doesn’t do much in the early stages of Chrono Trigger, but onceLucca and her friends learn how to time travel, everything changes. In an optional — but well worth it — sidequest, Lucca uses the Epoch time machine to travel back to the moment when her poor mother got her skirt caught in a machine, leading to her tragic paralysis. If she acts fast enough, Lucca can save her mother by entering a password to stop the machine (charming fact: the password is L-A-R-A) and change the future. Rewriting history? Only a daughter madly in love with her mother would risk something like that.

Chances of winning Mother-of-the-Year: 100% – You try telling the sweet woman who can’t walk that she didn’t win. 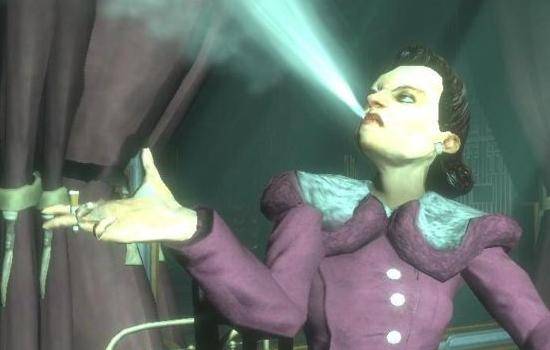 The Little Sisters in BioShock are creepy, but if it wasn’t for their “mother” Dr. Bridgette Tenenbaum, they wouldn’t even exist.

Even though she created them to be nothing more than carriers of ADAM, Dr. Tenenbaum eventually feels guilty for her actions and vows to save all the Little Sisters. To do so, she enlists the help of BioShock‘s main character, Jack. When a Little Sister is captured, the player (playing as Jack) has a choice: either harvest her for a huge supply of power-enhancing Adam or give into Tenenbaum’s pleas by freeing the Little Sisters and letting them live (relatively) happy lives.

She may have her issues, but, as a mother, Dr. Tenenbaum proves she has what it takes.

Chances of winning Mother-of-the-Year: 0% – Noble intentions do not outweigh being certifiably insane. 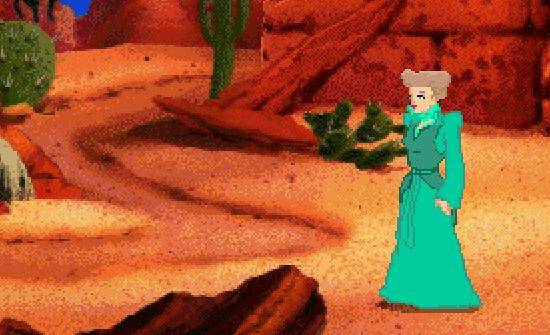 Queen Valanice is actually introduced in King’s Quest II and is featured in all the games following, but it is not until King’s Quest VII when she becomes a playable character and the main focus of the story.

When her daughter Rosella is kidnapped and pulled through a mysterious portal, Valanice has no trouble whatsoever quickly jumping in after her. Even after landing miles away in a barren desert, Valanice journeys far and wide to find a way to be reunited with the daughter she loves more than life itself.

Chances of winning Mother-of-the-Year: 10% – Agrees to let her daughter marry an ogre. 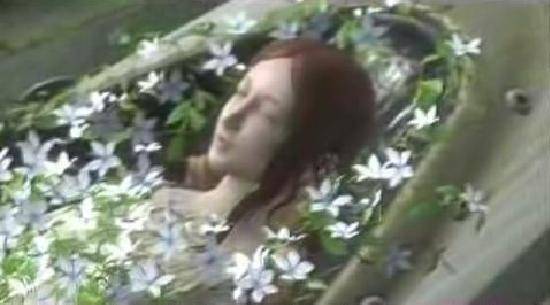 BAAAAAWWWWWW! Sorry, I need a second to stop crying before I continue on with this post.

Lirum is the mother of sassy twins Cooke and Mack and the focus of one of the most heartbreaking video game moments in the last decade. If you haven’t played Lost Odyssey, be prepared for the end of Disc One when you do. If you have, you know what I am talking about. Do you need a tissue?

Separated from her parents when she was very young, Lirum was forced to live her life never knowing if she would ever see her family again. During the long journey to find her mother and father, she bore two children and raised them alone on the outskirts of a warring kingdom.

After her children, Cooke and Mack got older, Lirum was stricken with a terrible disease. Through all of this, though, she stayed strong and remained a wonderful mother to both her children … all the way up to her final days. 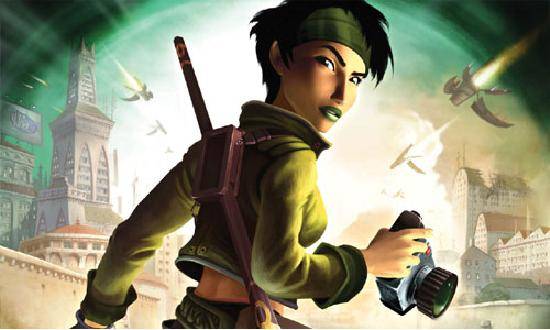 While not a mother in the biological sense of the word, Jade is still one of the best video game mothers ever.

Starring in one of the greatest games ever made, Beyond Good & Evil, Jade takes in plenty of orphaned children after their parents are killed in an alien invasion. Although she has a little help from her “uncle” Pey, Jade takes care of most of the children on her own, working as a freelance photographer to help pay the bills and put food on the table.

Even in the opening sequence of the game, Jade risks her life to save the children she has tried so hard to protect.

Chances of winning Mother-of-the-Year: 30% – Takes too many embarrassing baby pictures!

You’ll just have to visit the source: