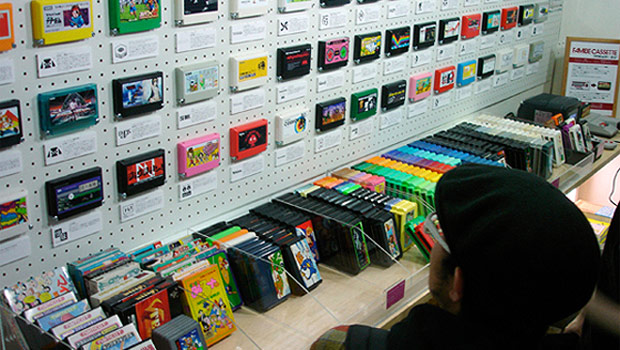 Also Known as old-school gaming, playing the games of yesteryear is on the rise. A growing number of people who just love gaming on any device have a hobby of playing and collecting these older games that they used to play or that passed them by when they were young. Personally, I always wanted an PC Engine due to its collection of near arcade perfect titles but the cost of both the console and games were out of my reach when I was younger. Thankfully Mame helped satisfy my cravings. Retro gamers either play these games on the original hardware or on the current hardware using the emulators. These old games could be played on the modern hardware using the ports also.  There is also a whole ebay community which seek and sell older games machines and their games.

Most of the popular retro games were manufactured during the 80s and 90s. These include the games like Atari 2600, Nintendo Entertainment System, Sega Master System, Game Boy, PlayStation One etc which could be played on consoles or video systems. There were some popular games for the PC such as Commodore 64, Amstrad CPC, and Commodore Amiga etc. The arcade games like Konami, Sega, Atari, Nintendo etc were also popular. With more popularity for retro games, the number of places where you can buy used video games and consoles has increased exponentially. One such is the Nintendo Entertainment System. It was launched in 1985. This is considered as the standard for subsequent consoles and in 2009, it was named as the single greatest video game in the history. It has the classics like Super Mario Bros, Contra, and Legend of Zelda.

Super Nintendo was launched in 1990. This also had a very huge fan base and with its more advanced graphics and sound effects than any other system at that time it created a mark in the gaming history. It had some of the high quality games like “Donkey Kong Country”, “Super Mario Kart”, “Zelda”, “A Link to the Past”. PlayStations was launched in 1995 and help the big giant Sony to create a mark in the gaming history. It was the first console that was successful to use CD format. It offered some of the great games like Crash Bandicoot, Tekken and Gran Turismo 2 to the people. Sega Genesis that was launched in 1989 was considered as one of the greatest games of all time. Some of the game freaks consider this to be the greatest controller that was created ever. The games like “Sonic The Hedgehog”, “Street Fighter 2”, “Mortal Kombat 2” and “Aladdin” are some of the games included in Sega Genesis. Atari 2600 was launched in 1977. It is one of the oldest games in the video game industry having “Pac-Man”, “Space Invaders”, and “Missile Command” games in it.