[*Updated] In the last few years, hit video games have become more and more about story and experience than about simple gameplay. To tug at the heartstrings of gamers everywhere, writers and developers have been known to use little girls and young women as a narrative device. This creates a sort of atmosphere that just can’t be done with grown adults in games. With many games catering to the slightly older audience, it’s easier to play a game as a father figure than a simple action hero. There’s something to be said of games that put you in a fatherly role like the new Bioshock Infinite or The Last of Us. Gamers that grew up with Ataris and Super Nintendos often have children of their own, making the use of children, especially girls, in video games even more poignant.

Let’s take a look at some of the best examples of little girls in video games and a little bit about them, some of which you might remember very well. 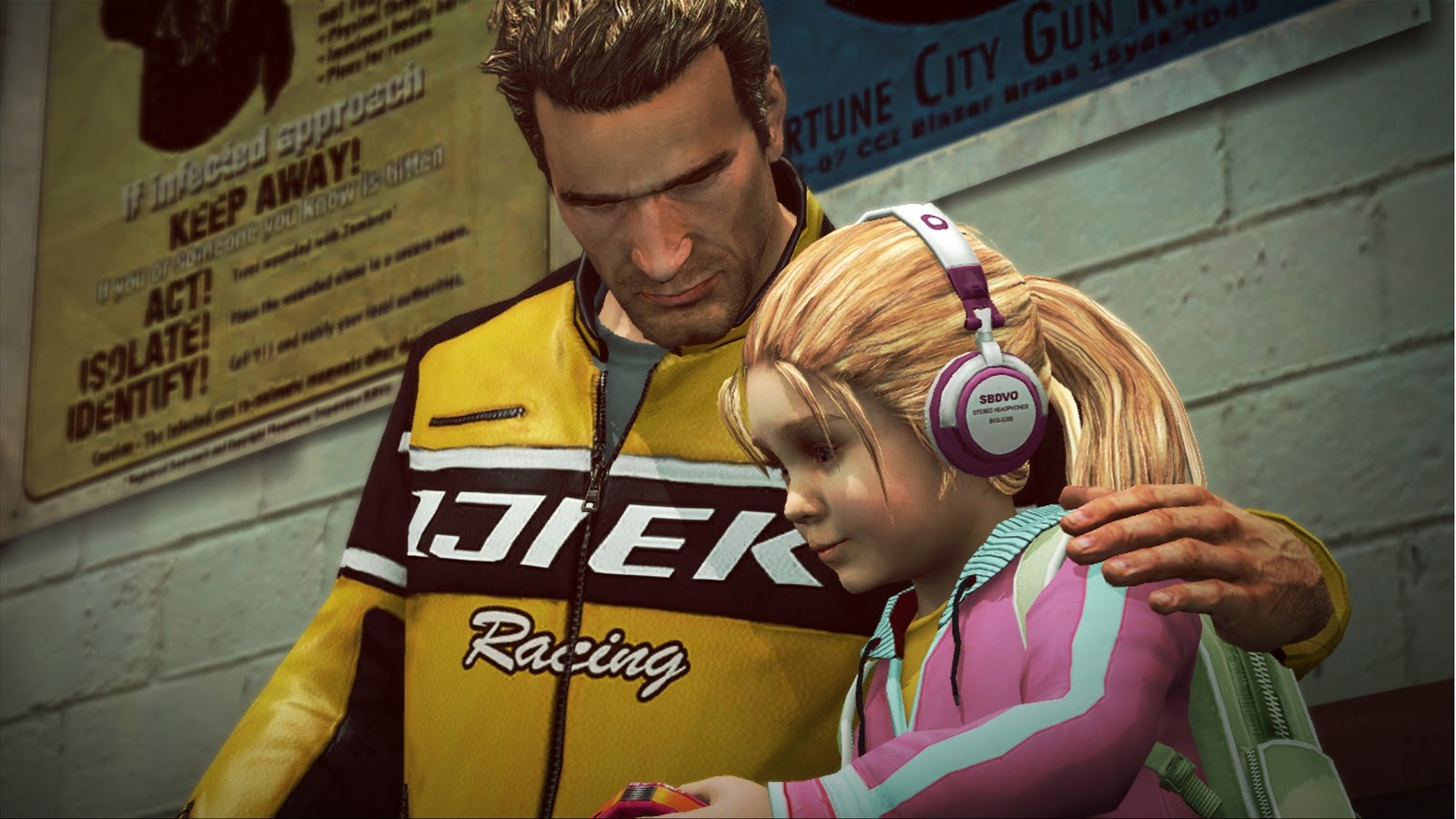 As the daughter of protagonist Chuck Greene, Katey is a sweet little girl that’s been infected after the Las Vegas outbreak. Her father must constantly secure Zombrex to keep her alive. Chuck becomes so protective of her that he’d fight off hordes of Zombies just to get her a new stuffed animal. I think we’d all fight like crazy to protect our own daughter like Chuck. 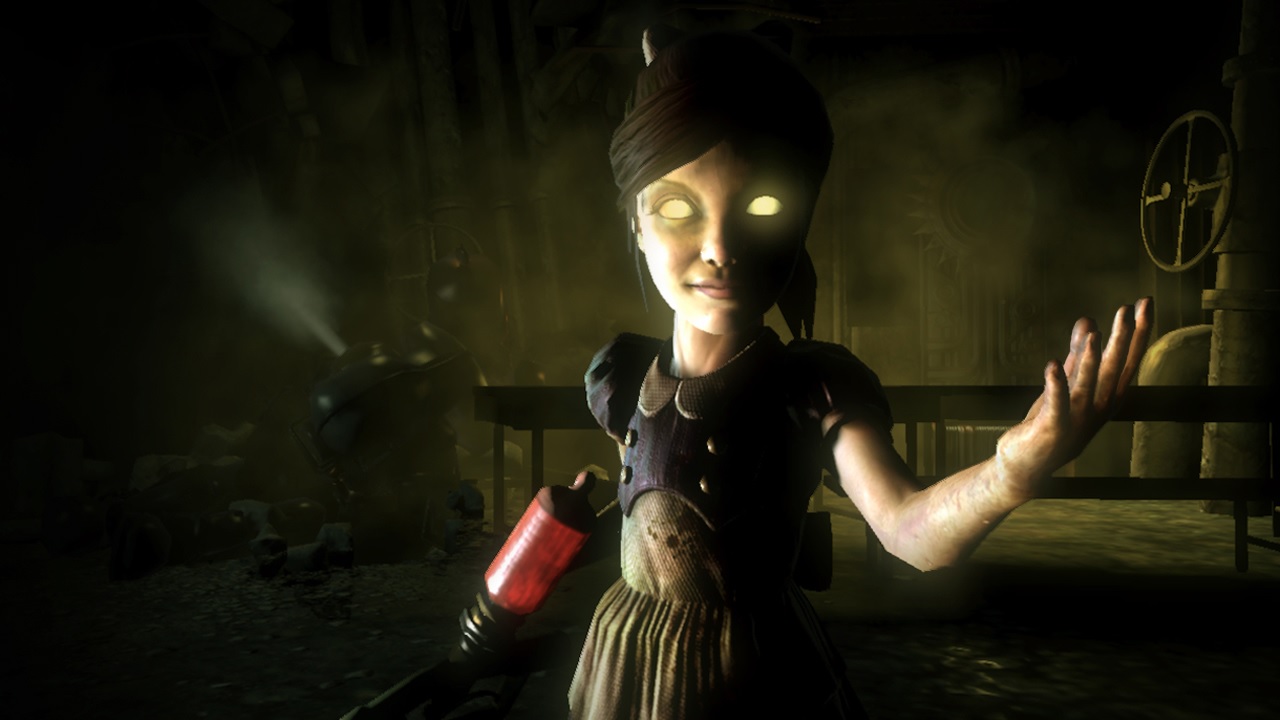 In the hit game BioShock, the Little Sisters were integral parts of the narrative. Portraying grubby orphans that have to fend for themselves and partner with monsters that are the Big Daddies. Throughout the game, you’re given the grueling choice to set those you capture free or harvest their life force for better powers. Depending on how many you save affects the ending of the game. The mechanic can also heavily affect the amount of guilt experienced throughout the game. 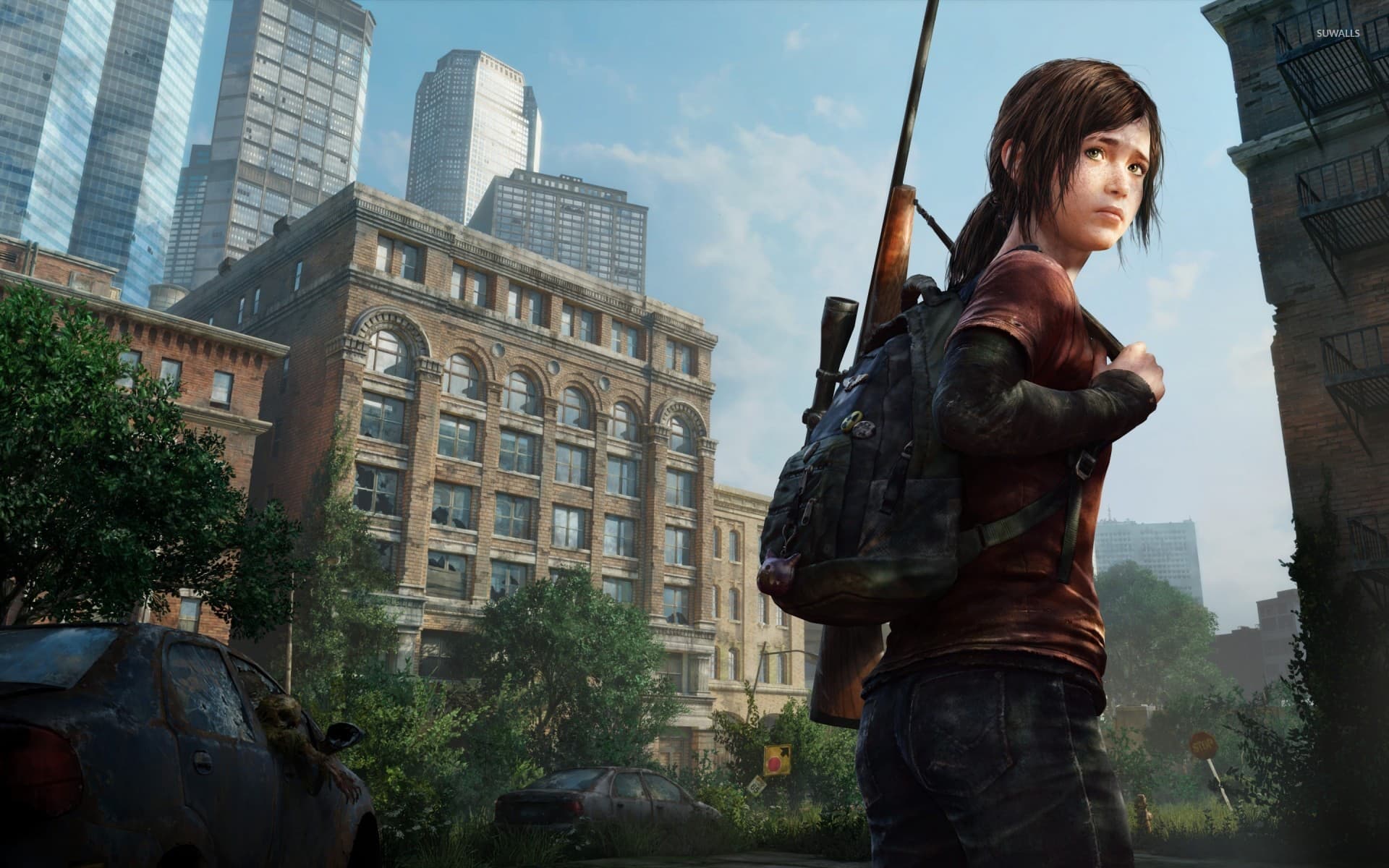 Ellie is a 14-year-old girl that grew up in a world in turmoil. Growing up in a military camp, she knows very little outside of Boston. She’s obsessed with pop culture, such as CDs and comics. Throughout the game, she comes across situations that no 14-year-old should be and you really end up fearing for her. This is definitely one game that will have furthers clutching their controllers. 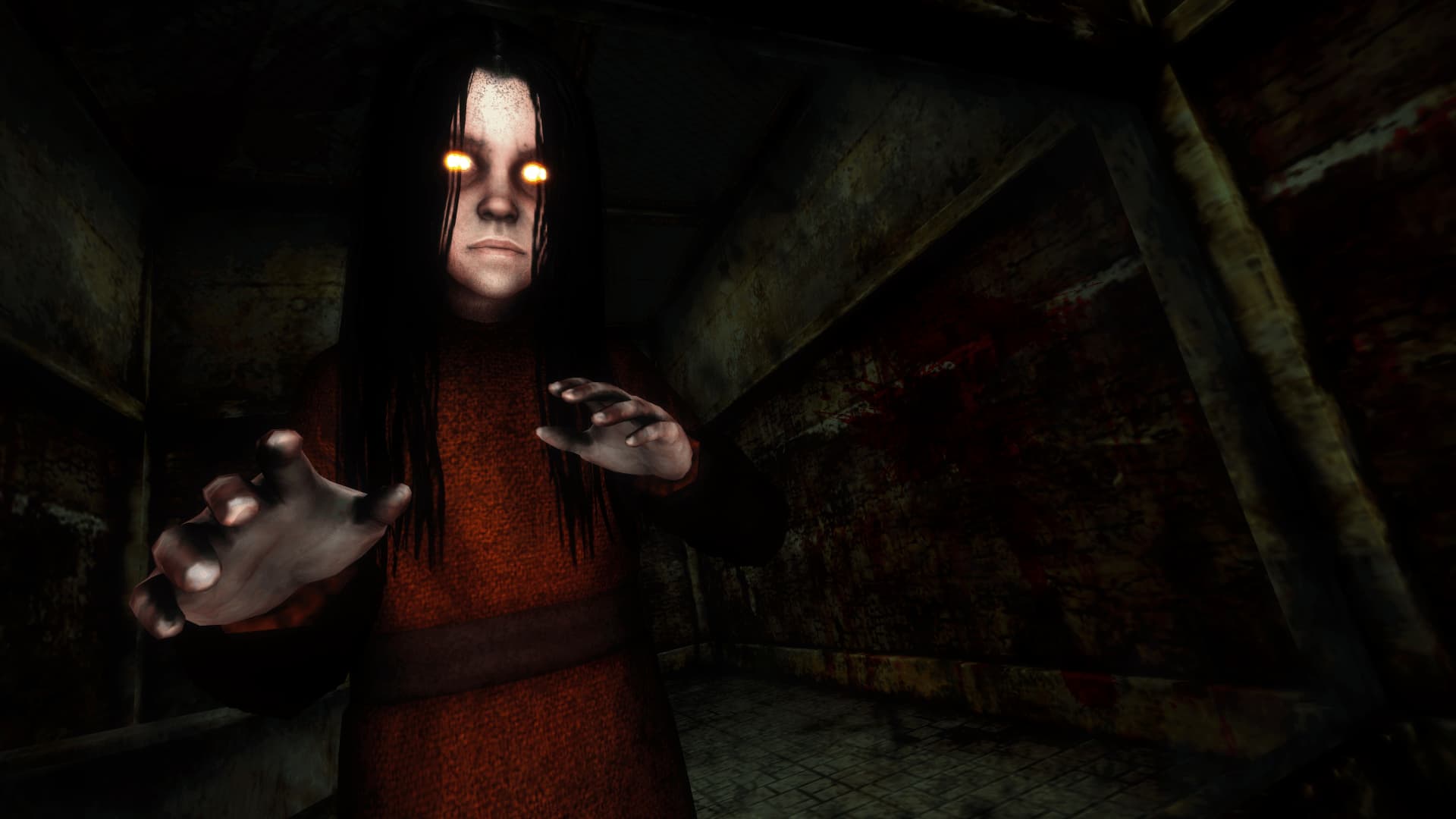 A little girl born with incredible psychic abilities, Alma was experimented upon and put in great danger. She’s the exact type of girl that should be in one of the best rehab centers, not exploited like this. This is what forms most of the scares in the F.E.A.R series and we’re sure parents playing this would never want their child to go through the same sort of ordeal. 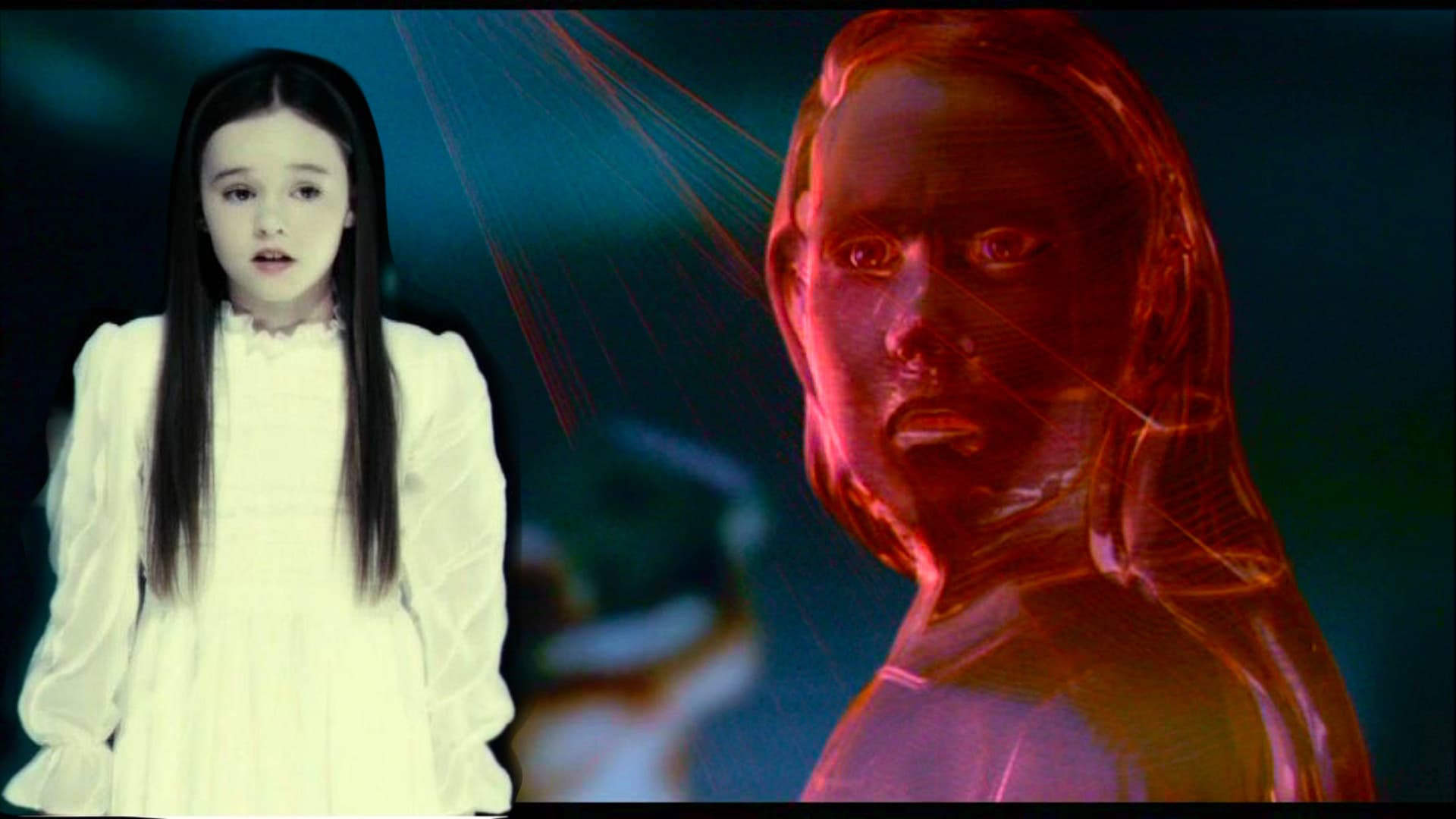 The computers in Resident Evil were a sight to behold. With their impish and girlish nature, there’s something very unnerving about them both. Somehow, they’re that little bit extra creepy as little girls. I guess it’s true what they say – even grown men are scared of little girls. 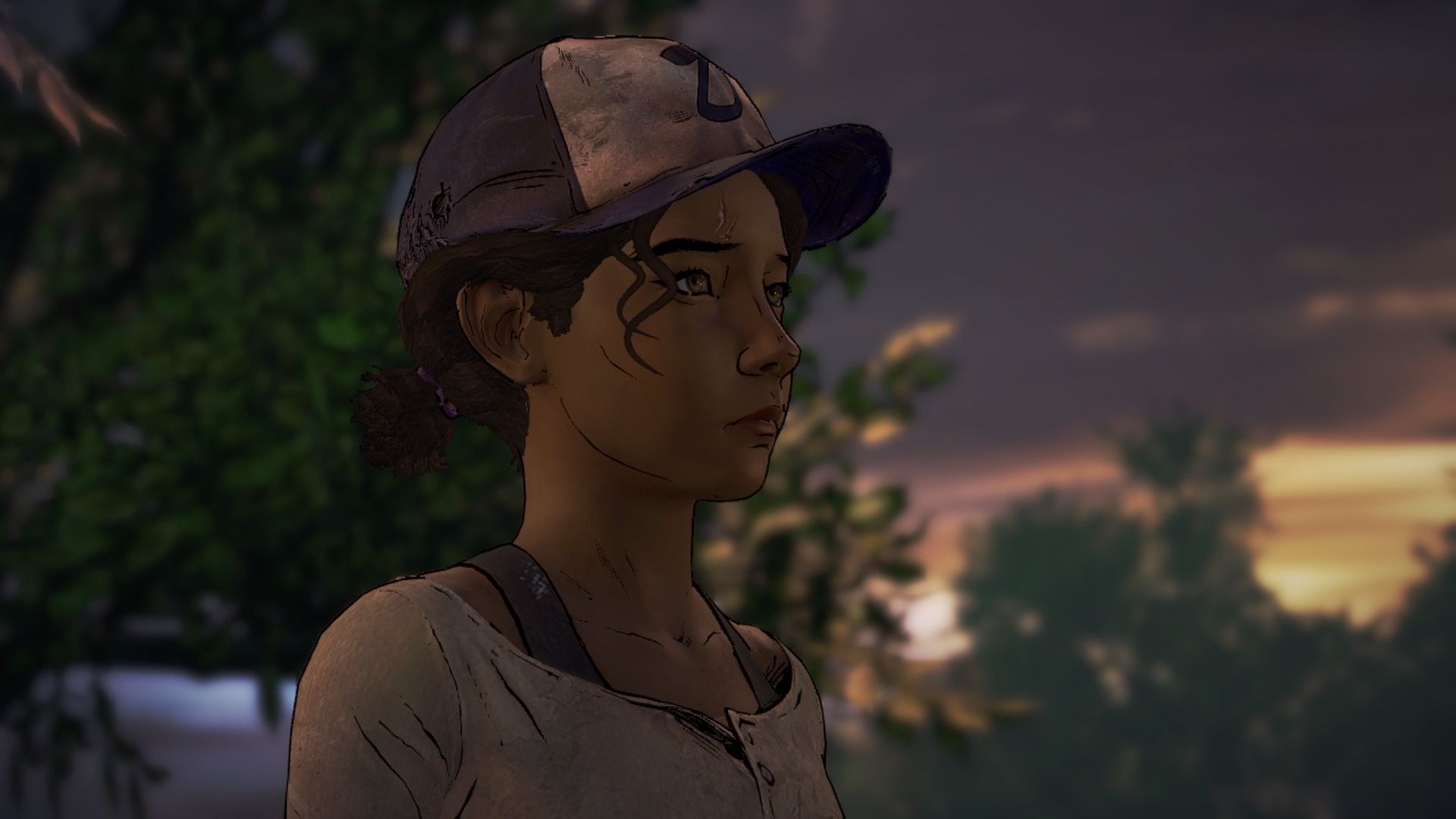 Little girl Clementine creates much of the heartache players experienced throughout the Walking Dead video game. As Lee Everett, you vow to protect her as her parents are stuck out in the Zombie apocalypse. As the player progresses through the game, the emotional bond grows stronger and drives the player to protect her as if she were their own. 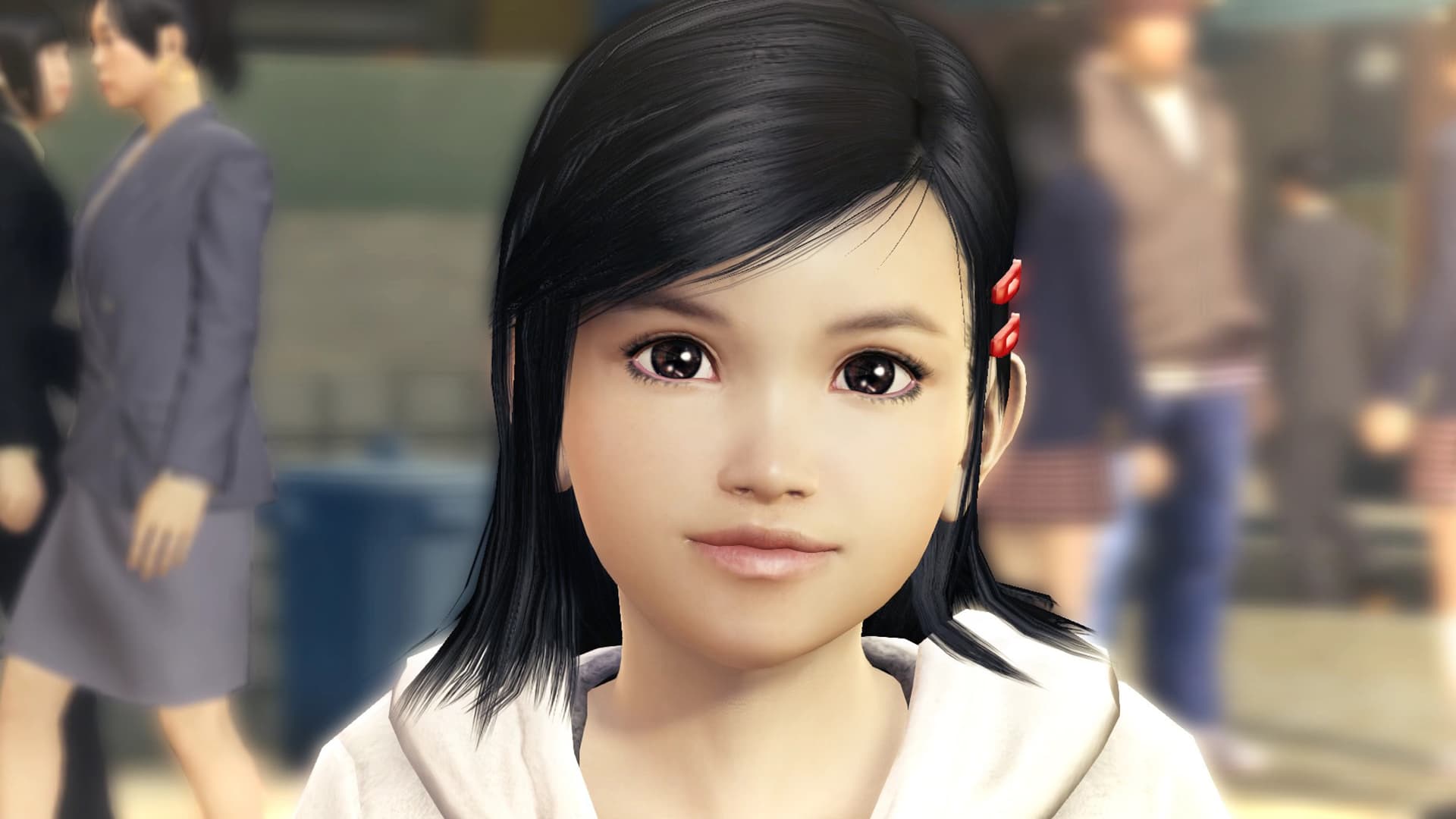 While she doesn’t play a major part in the game, Yumi is a quintessential example of how crime and the like can get in the way of everyday life. With her life derailed thanks to the event that happen in the game, she is left alone and in the background. 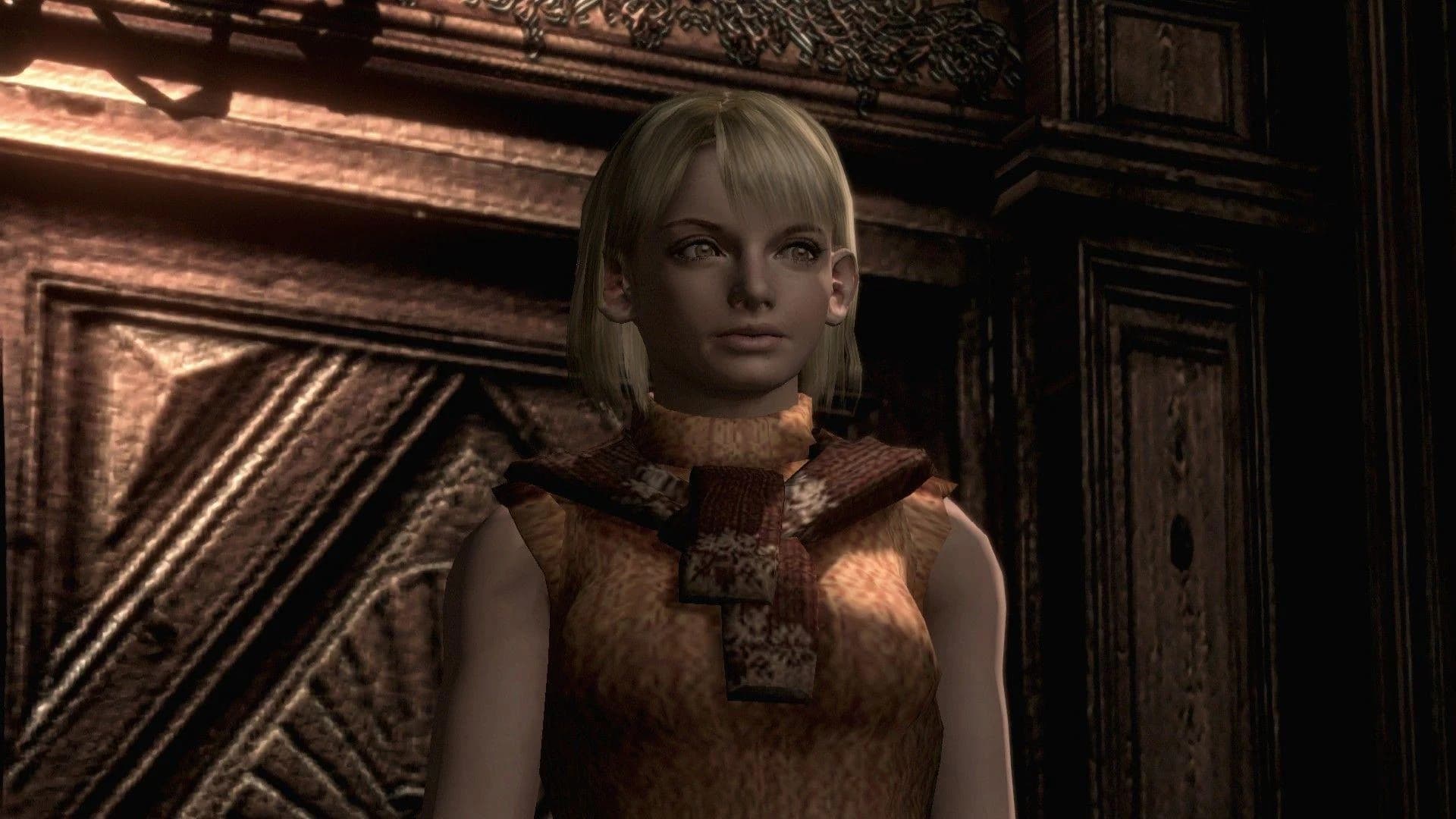 Ms. Graham plays the classic character of the President’s daughter. Playing as Leon Kennedy, the player must rescue her whenever she needs help. She’s a fun-loving character however and makes for a fresh twist on the damsel in distress. 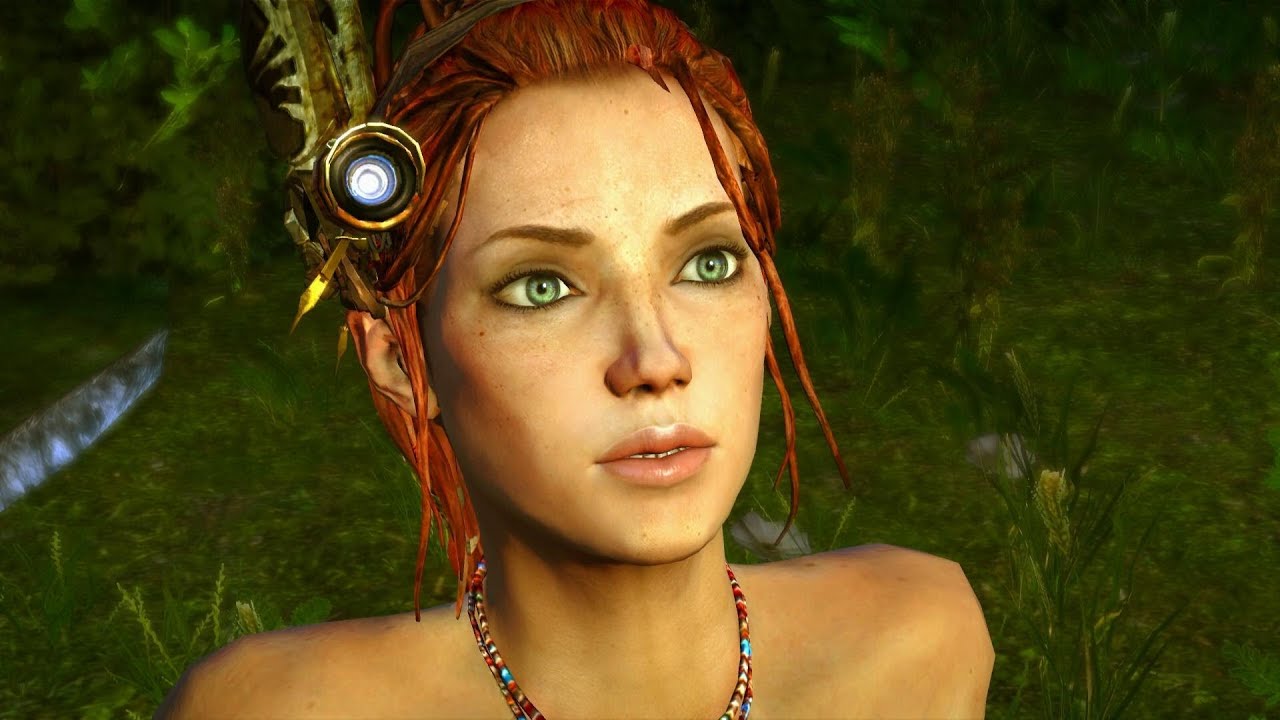 Trip from Enslaved: Odyssey to the West

Set on a futuristic Earth that has been ravaged by a space war, Trip is a young woman that enlists the help of Monkey through a headband that means he has to obey. Throughout the journey, Trip makes for an interesting insight into a game that would otherwise be a boring action game. She’s a woman of the world and helps out along the way with her contacts and more, proving that girls can be helpful in games. 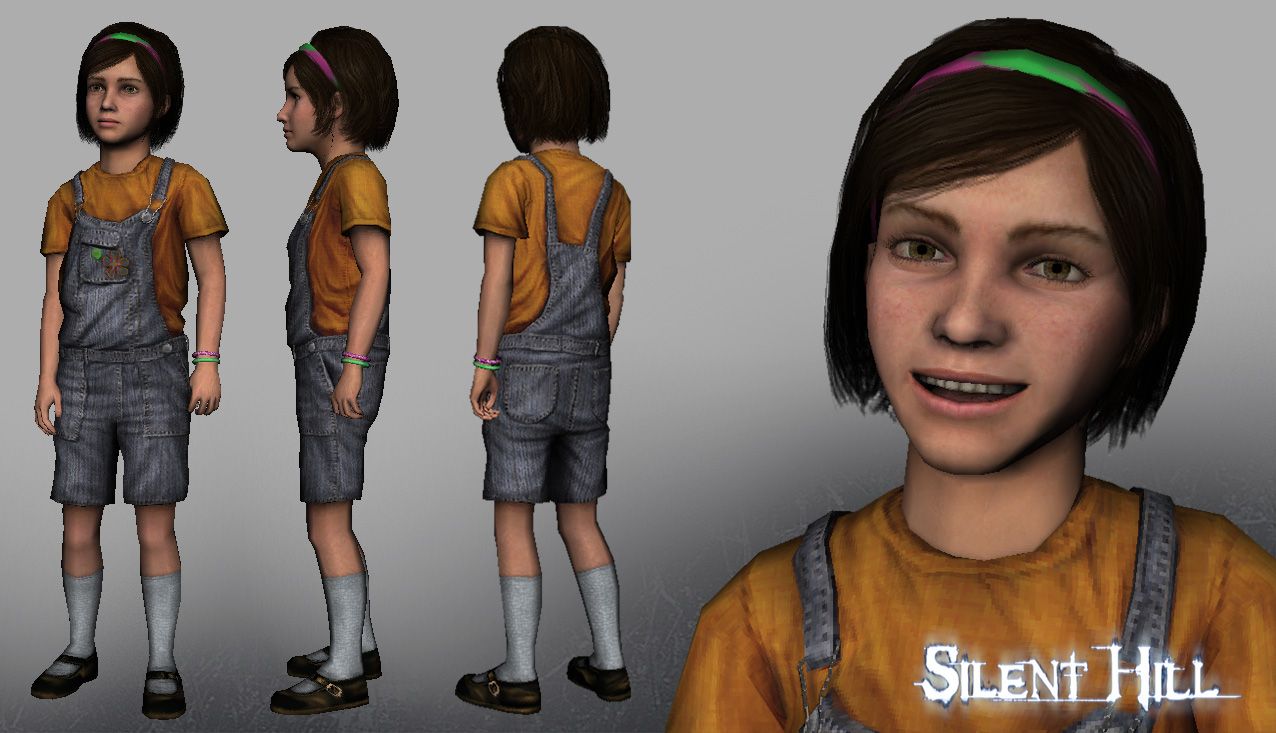 Cheryl is the unfortunate creation of some ritual. She’s born into the world without any parents by Harry Mason and his wife takes care of her. When she disappears after a car crash, Harry spends the rest of the game trying to find her. It resonates with a lot of what we feel when we lose a child. 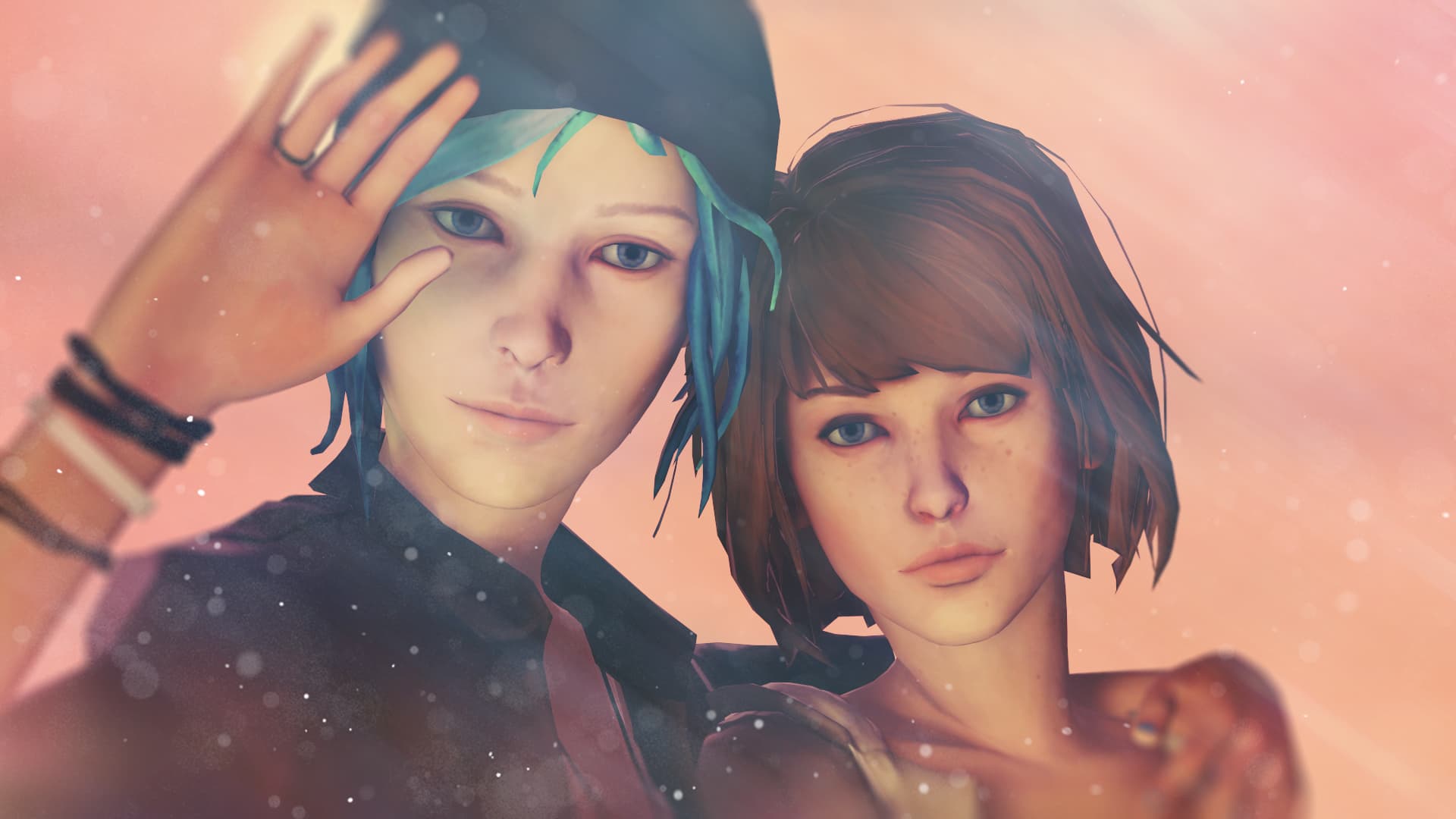 Max and Chloe have been best friends since childhood and lived just down the road from each other. Max used to spend a lot of time at Chloe’s house, where the two would often play pirates by dressing up and pretending the living room couch is a pirate ship. The relationship between the two is strong and fully fleshed out allowing players to connect with them on an emotional level. 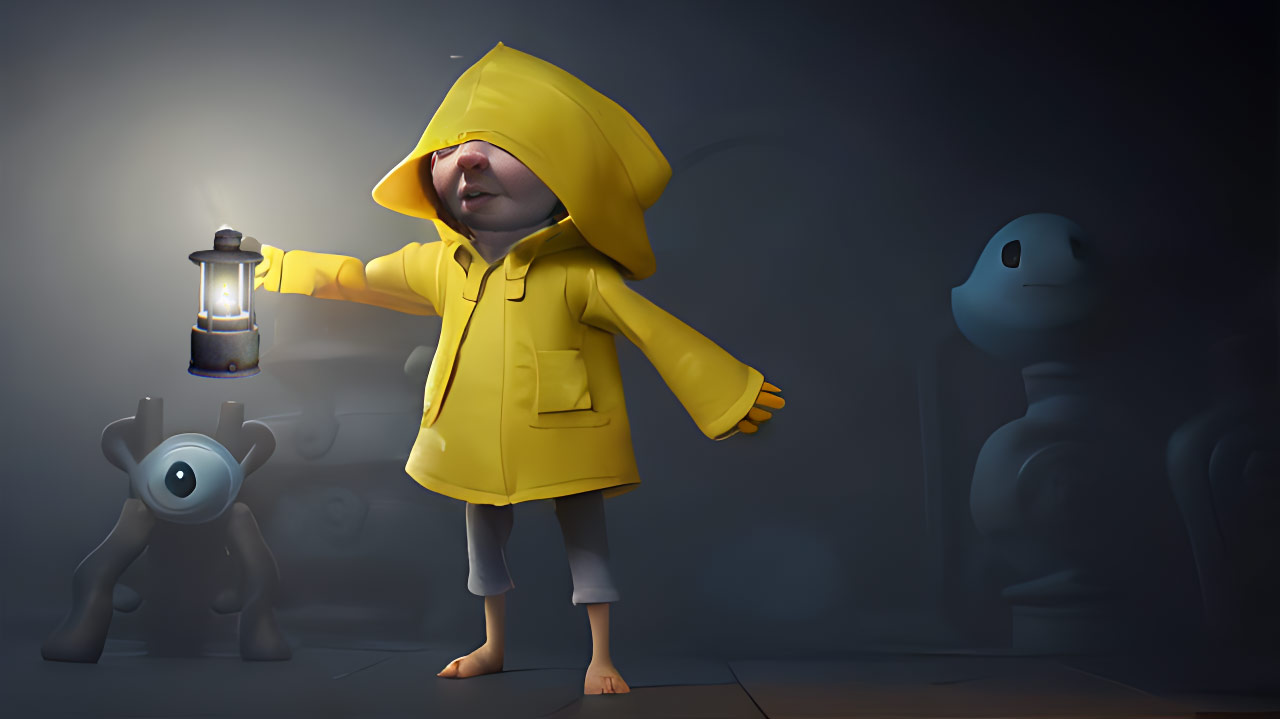 Six is a small, scrawny, and starving 9-year-old girl. Along with other children, she was taken from her home to The Maw, where she may be served as food. She is much smaller and skinnier than a typical child her age. She wears a yellow raincoat with a pointed cap that covers most of her face. She is also barefoot and bare-legged, and she carries a lighter to light her way. The creatures in The Maw try to pursue and harm her, but by using the player’s intellect and agility, you can help her escape this terrifying prison. A lost child is a parent’s worst nightmare so completing the game is a must for any parent.

Little girls and young women like those above add a certain dynamic to video games, certain humanity to experiences that would otherwise be cold and meaningless. The Little Sisters from Bioshock give the game guilt and games like the Walking Dead and Resident Evil 4 push you to do anything to keep those you love safe from harm. Parents will often play these games and feel a certain attachment. Nobody likes to see their child in danger and no matter what, little girls shouldn’t ever get caught in the crossfire.