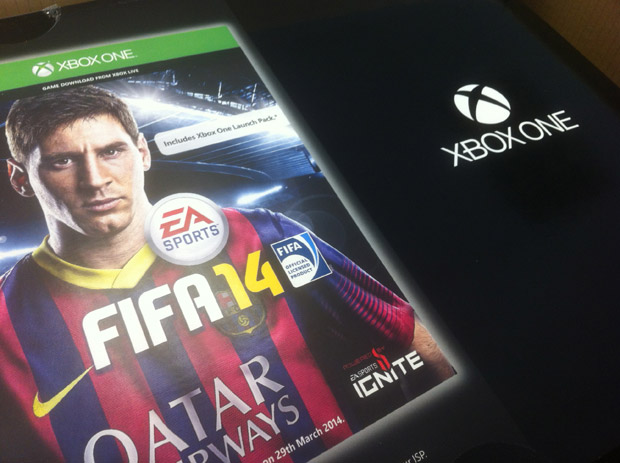 This is entitled ‘launch day review’ as it is a review based on only 24hrs worth of play and exploration time on the new Xbox One. I will aim to add a deeper review after a couple of weeks when I am used to the interface more, the hype has died down and when I have given it a proper road test.

Im assuming most have seen the unboxing video with Major Nelson so I don’t need to go into detail about its packaging and arrival. Lets just say, its neatly packed,  shiny and comes with a sticker. The technical set up is pretty straightforward and relatively quick so you can be all plugged in and ready to boot in a matter of minutes. Once you have booted up, however, it’s a different story. The day one update rolls it at over 500mb so there is a waiting time for that. One you are updated there are a series of videos and tutorials and then you have you download and install all the apps and extras; Skype, Netflix, Blu ray player, fitness… hell you even need to download and install an app to play an audio CD. So all in all you’ll be setting up for a couple if hours before really getting stuck in.

Once you are up and running the whole experience is great. I was lucky enough to have very few troubles with the voice control with it only playing up when the room is busy with people or when you try and show if off to the in-laws. By the end of the first day however, my wife had heard the word ‘xbox’ a little too many times and I can see her getting sick of it very soon. By saying ‘Xbox Select’ you can choose from different options on the screen so navigation Netflix is still easy without a controller. 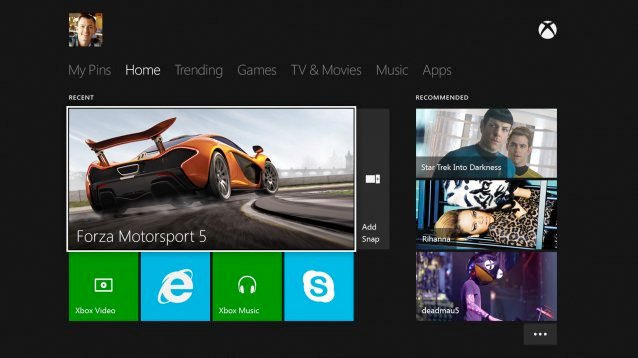 The speed that it switches from app-to-app is fantastic and the graphics on Killer Instinct, Fifa, Ryse, Kinect Sports Rivals, and Zoo Tycoon are stunning. My favourite so far is the Kinect Sports Rivals and I look forward to seeing how the rest of the game pans out.  Other games I am looked at testing include Dead Rising 3, Need for Speed and Battlefield 4. I just loved the fact that when my wife left the room to make a cup of tea I was able to say “Xbox, go to Killer Instinct” and by the time she had returned I had beaten Saberwolf down ready for my next big match.

The Skype camera is very impressive and being able to speak to my children through my TV whilst at the office will be a real joy. 4OD  works well and the Machinima app is interesting when snapped to the side as it includes helpful videos on the game that you are playing. The YouTube app seemed OK but I think more investigation is needed as I was unable to find my favorites. I look forward to having a snapped Twitter app and music apps from people such as Last.FM, Spotify and Grooveshark. What I think would be great as well would be an ebay app that can be snapped so you can see bidding countdown whilst doing other things.

Overall, I’m really happy with the Xbox One, the voice control is great and so far, the games are enjoyable and I look forward to watching it develop over the year. It has surprised me a few times and whilst it has an almost unfinished quality it still feels packed with potential.

After I have road tested it further and played a few more games I will revisit this and update you before Christmas.