As the festive season moves into full swing and the battle between the next generation consoles and their games continues to heat up, many players of a certain age are somewhat perplexed by the lack of festive content in the current crop of top-end releases.

A quick look at the current crop of festive offerings doesn’t yield much, however. Saint Row 4: How the Saints Stole Christmas on the PS3 leads the pack as you attempt to save Santa, whilst Borderlands 2: How Marcus Saved Mercenary Day uses a Narnia-style wardrobe device as a portal to the southern, wintery tip of Pandora (along with a selection of festive heads). Disney Infinity’s Frozen Toy Box, whilst not directly related to Christmas, features shovel fights between Anna and the Snow Queen and delivers enough of a festive chill to count. Nintendo have also made the effort this year, with Pikmin 3 on the Wii U featuring 8 fully-themed Christmas levels – and it’s also been rumored that Call of Duty: Ghosts is to get a festive skin option as well in their ‘Wolf’ DLC. 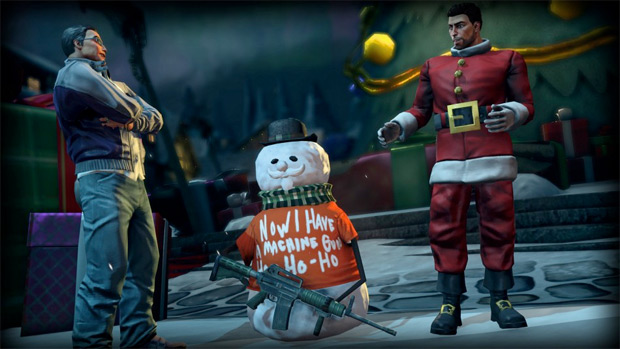 With the industry finally coming of age in terms of global coverage, maybe it’s been decided that a concept like Christmas – that by no means all the world spiritually buys into – is an unsuitable subject matter.

Or maybe games are now expected to take up far more of your life than they used to, with Christmas-themed levels not seeming applicable once the summer months come along and you’re still trying to complete something you bought 5 months ago.

Alternatively, designers may just feel that the idea has run its course – but in fact, all of the above seem unlikely given that many of the current generations of mobile games have reverted to providing a Christmas-themed level.
Check out Angry Birds: Seasons, Temple Run 2, or Doodle Jump and you’ll find a prominent yuletide-inspired level – and we suspect it’s generally due to needing to improve the user-base in order to sell more in-app extras. 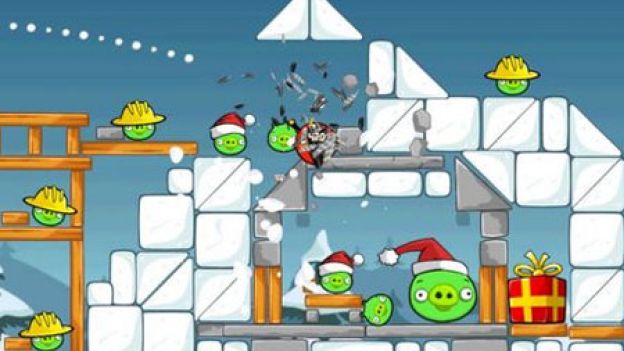 When you’ve got access to the kind of 21st-cenutry processing power found on a PS4, there’s no need to employ any imagination to create new worlds when the real one can be just as easily constructed. With a mobile game, though, such realism is wasted on a tiny screen – so it’s back to the types of characters and settings that actually require some creative skill.

That would certainly explain why we’re seeing a return to the halcyon days of the 1990’s in mobile game development, and for many of us that can’t happen quickly enough. The Christmas levels of many game from that era were always a welcome sight, invariably placed some way into the game to let you know that you’d broken the back of the particular adventure you were immersed in:

The idea goes back at least as far as the days of the Amiga: Remember Worms? The popular artillery-themed strategy challenge managed to fit a festive theme into the most unlikely of scenarios to great effect.

Batman Returns, on the sorely-missed Sega Megadrive, was also Christmas-themed. Given that it was based on a movie set entirely during the festive season it’s hardly surprising; nevertheless, there was more than a sprinkling of Christmas spirit in this game that made it all the more enjoyable to play.

Home Alone on the PS2 falls into a similar category but was every bit as festive, whilst Konami’s Snatcher ported onto a CD rom from its original NEC format, featured a Santa Claus-based informant.

The best example is probably found within the Lemmings series, originally published for the Amiga but remade for the PC. Holiday Lemmings dressed its entire cast up in Santa outfits, and the rest of the game followed suit with the settings and music all combining well to give a complete Xmas-style experience.

If all of this is making you feel a bit nostalgic, then think about the effect that mobile applications are now having on the gaming market and ask yourself how long it’s going to before games developed for phones and tablets are going to influence developments for larger screen devices rather than vice-versa.

If the success of apps like Angry Birds and Candy Crush is anything to go by, it could well be tablet-based games that start to influence console and PC games pretty soon, so the return of regular Christmas theming in the mainstream console and PC market might be closer than you think.