With so many betas to choose from, last weekend was a smorgasbord of free games. Doom, Gears, Overwatch and Battleborn all decided on the same weekend to stress test their games. I knew that I would be buying Doom and Gears, but it was the upcoming team shooters that had me confused. Overwatch had a beautiful aesthetic and the animated shorts really helped to paint a picture of the universe in which it was set. Battleborn seemed more like a MOBA than a shooter with a more hand drawn style. Deep Down I think I had already decided on Overwatch, so I decided to try out Battleborn to help cement my decision.

How wrong I was…

Battleborn was developed by Gearbox software who also created the awesome Borderlands and the far from awesome Aliens: Colonial Marines. However, they have produced a lot more hits than stinkers, so I think it’s ok to get excited about this one.

Battle born is a cartoon first person battle game in which you can play as one of 21 different characters that have different classes with fixed weapons and an array of sub classes. You can choose to be a sniper for ranged combat or get up close and personal as a tank. 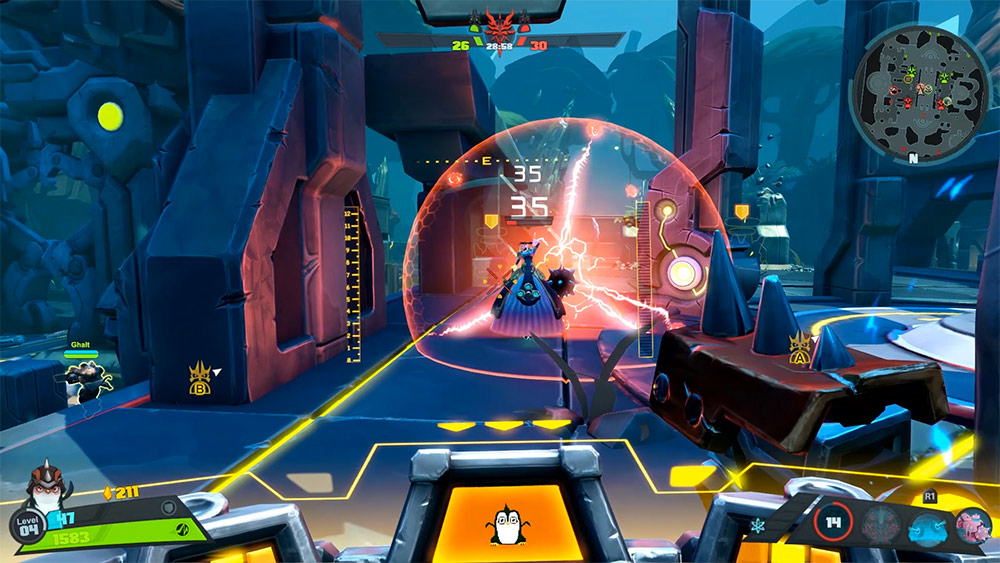 I ended up have so much fun with Battleborn over the weekend. The characters are hugely varied and change how you play the game entirely. I started as ‘Oscar Mike’ as I thought I would be most familiar with the masked soldier gunning down enemy robots theme. Once more attuned to the games mechanics I switched to the sword wielding ‘Rath’ and the game was a whole new experience in which ranged combat was replaced by a more up close and personal affair. I switched again to the puppeteer and puppet known as Shayne and Aurox and the game was more like a beat-em-up My player smashed through the enemy robots toe to toe and felt like a batman game. Finally, I thought it only fitting to play as the robotic British gent called Marquis. This bowler hat wearing robot uses a sniper rifle and pistol to take out enemies from afar. Again, the game changed as you would actively look for perches to sit back and headshot the enemy drones. 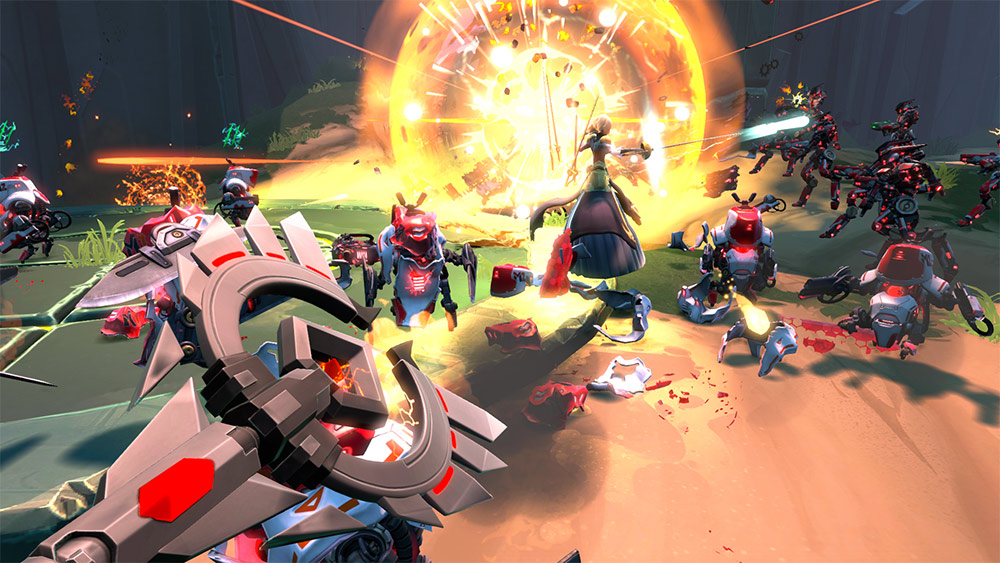 The biggest surprise was the PvE section that allowed a friendless gamer like me to play alongside other players to complete two story based missions. This is something that Overwatch does not have. The beta has two missions available called The Algorithm and Voids Edge. Both missions took around 40-60 minutes to complete and were great fun. The missions both had ridiculous storylines, a series on mini-bosses and a huge boss at the end. This is where the game really felt like Borderlands. The humour made me care about the characters and the action kept the pace up. Perks and skills to power up for defensive or offensive capabilities could be bought mid game using in-game currency, so by the end of the level you really did feel like a badasss.

There is a huge difference to playing a single player private match to a five player co-op game as the amount of enemies and health bars scale to fit your game type.

Sadly, I didn’t get much experience of the PVP section and only manage to get two games playing ‘Incursion’ which involved destroying the enemy’s two Spider Sentry Drones before they get to yours. 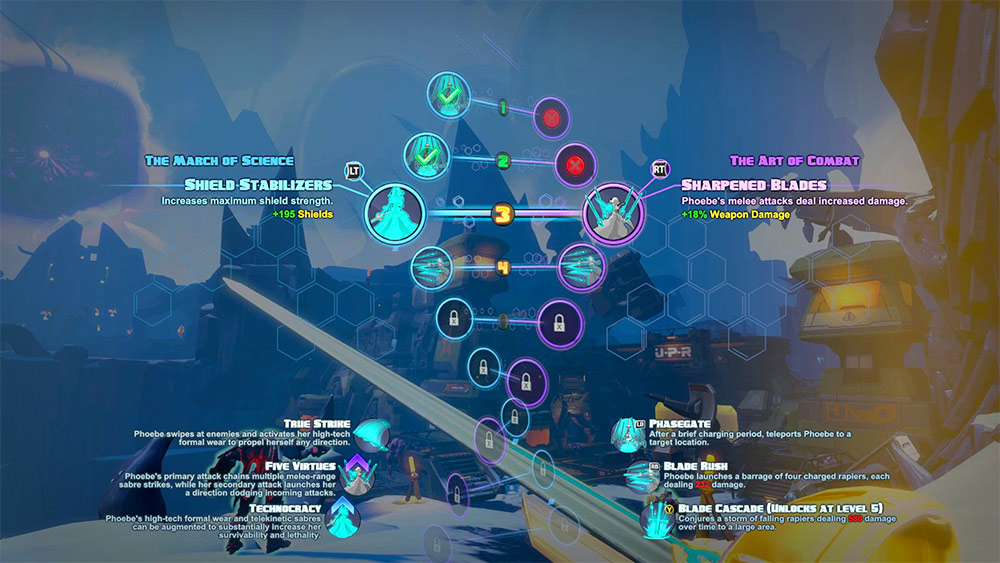 I think like many people, I had put Overwatch and Battleborn together in this newly termed ‘hero-shooter’ genre, but ultimately, they are vary different games and need to be judged on their own merits. From what I can tell Battleborn not only has a single player experience but also borrows many elements from the MOBA genre, whereas Overwatch is much more a team shooter that is akin to Team Fortress 2. I expect them both to be very different experiences and will both have their own fanbase.

These two games join the likes of Gigantic and Smite and and I look forward to playing the full games.