Every so often a game comes out that is so different, that you can’t help but take notice. Wayward Strand is one of those games. Set aboard a converted pre-war luxury airship, the now floating hospital is the setting for a mystery like no other. You play Casey, a young and curious girl tasked with visiting the sick and elderly that fill the ship. As a budding journalist, you ask questions and piece together a fractured story that the many residents hold the parts. But is Wayward Strand any good? 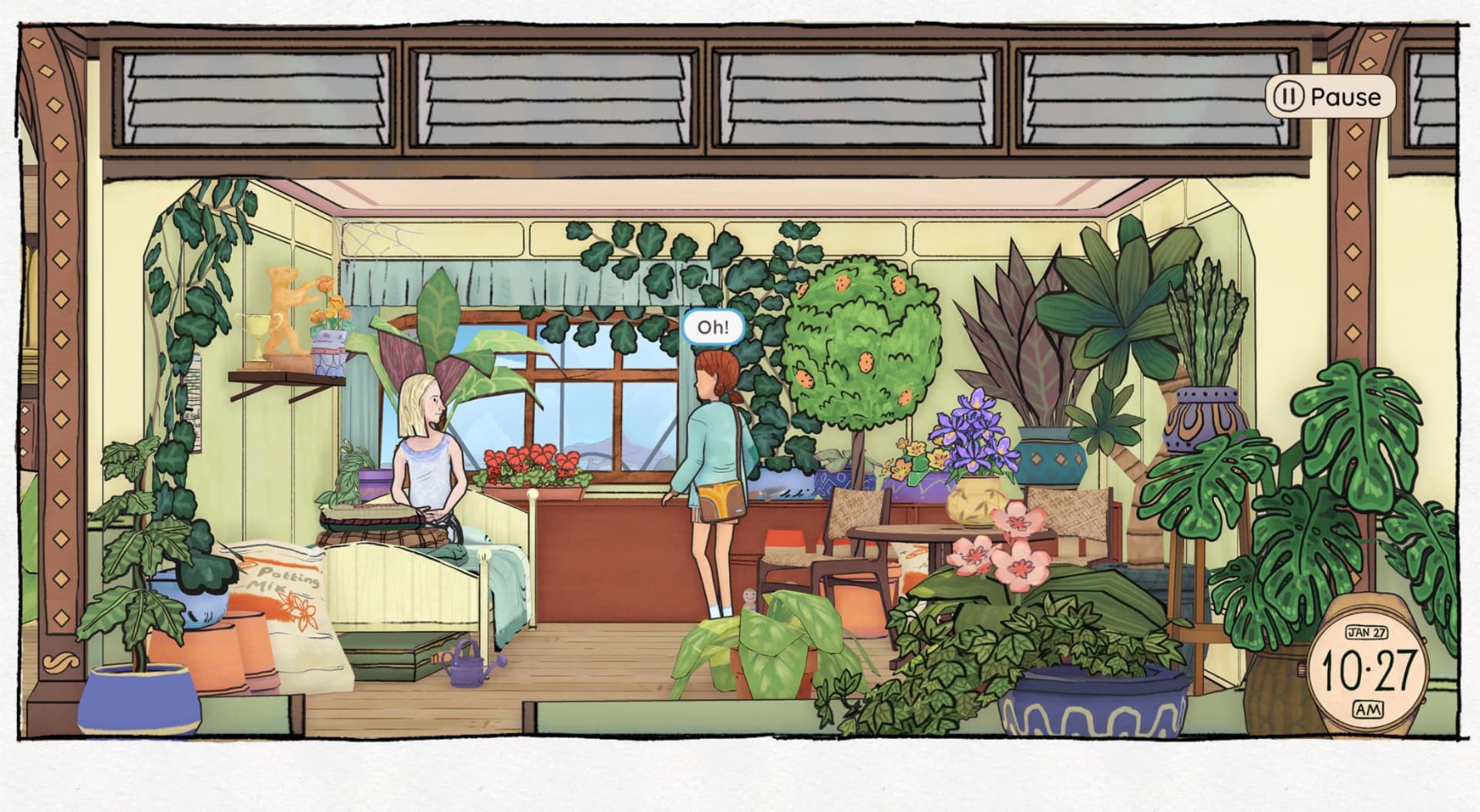 Wayward Strand looks like it has leaped from the comic book pages of Tin Tin. Bold black lines and a cartoon colour palette give this game a vibrancy not seen in many new games. The boxed frame and hand-drawn speech bubbles further enhance this comic book style. The visual style is akin to 13, telltale games or the recently released Forgive Me Father, however, Wayward Strand is much more cheerful. The characters are beautifully designed and all convey their individual personalities and characteristics. Sadly, some clipping and alignment issues mean holding or moving items looks a little weird but it’s not too destructing. The wipe effect used when entering the rooms of the patients gives the player the feeling of uncovering a hidden truth which in some cases is true, as Casey can listen in at doors to achieve the same wipe effect. The graphics of the rooms are detailed enough but anything outside of the airship is vague and blurry so don’t expect to see any grand vistas from the airship’s balcony. 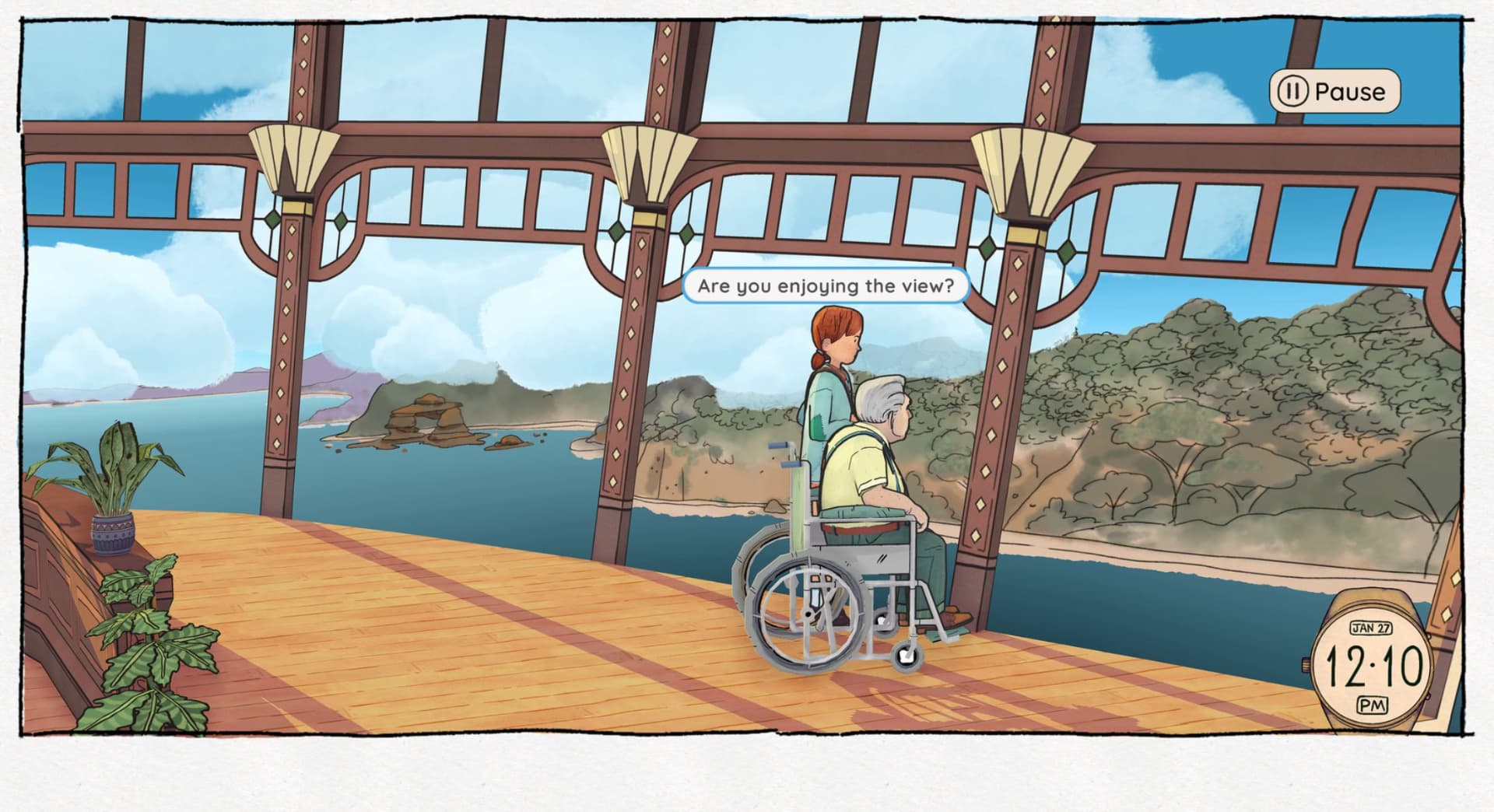 On the whole, it’s the dialogue that really drives this game as you will need to talk to a lot of people about a lot of things. Each person holds the conversational keys to unlock new dialogue options. If one person mentions a missing nurse, you can now ask about it to everyone, miss that prompt and you may find yourself going down a different path. Now in my second playthrough I was really happy (and surprised) to see it go in a different direction to the first. The first time I sat with a staff member at lunch to unlock the abandoned section of the airship, whereas, on the second play through I missed lunch and listened to music with the aging Mr Pruess. The general story is the same but the way you reach the conclusion was different. 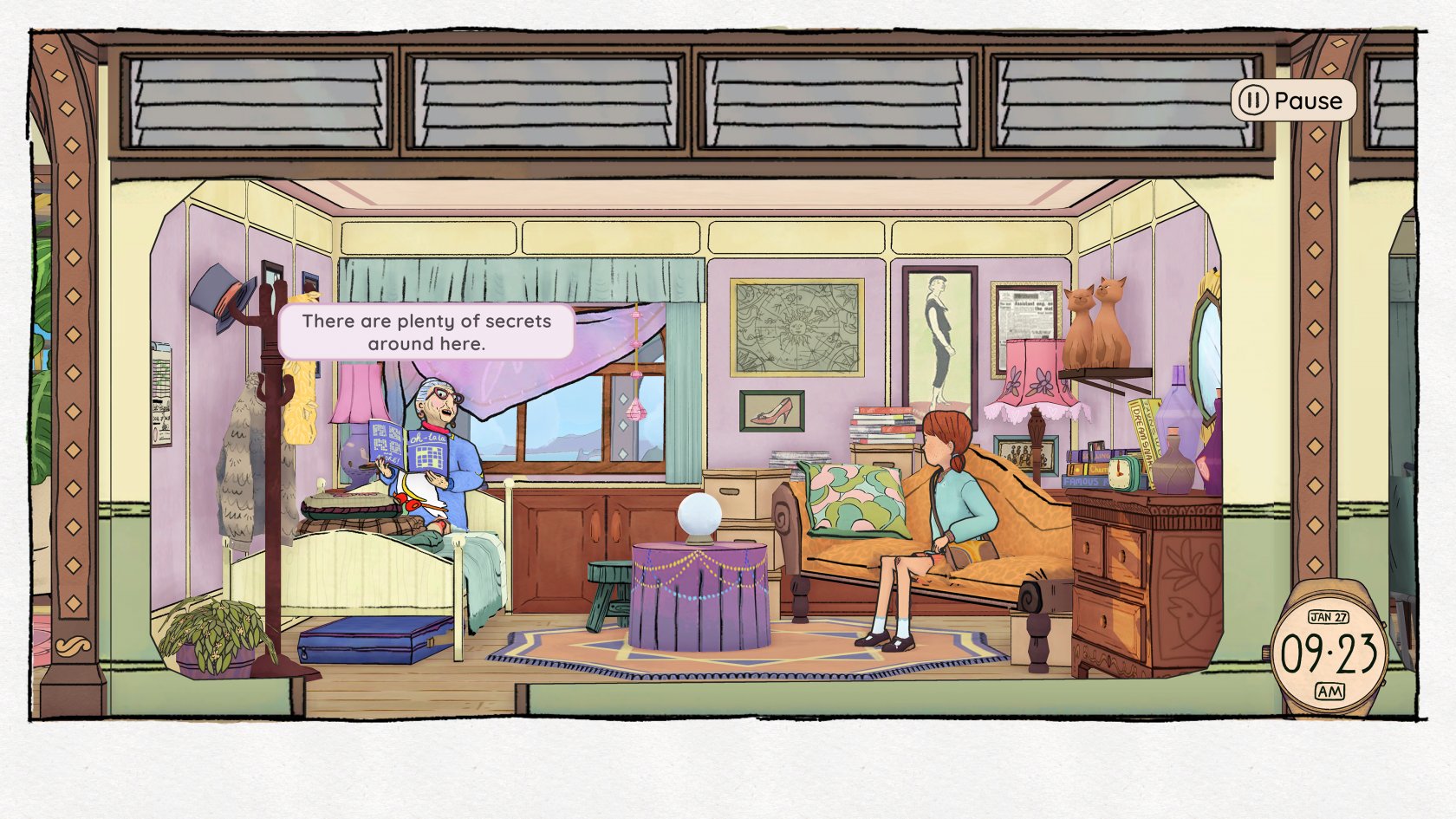 The voice acting, on the whole, is fantastic, all the Australian parts such as Casey, Mr. Avery, and Esther are different enough and the characters they portray. However, the German Mr. Pruess sounded more Asian, than European. The story is well written and flows very well considering the number of dialogue options and routes the stories can take. The music is generally serene and unobtrusive and fits the late seventies time period.

Overall, Wayward Strand is a beautiful heart-warming story and a welcome break from the madness of the world and its current crop of the hack, slash, shoot and destroy games. Taking time to talk to the old and infirm has never been so much fun. The mix of 2D roaming and a plethora of dialogue options had me feeling like Nancy Drew discovering clues and pieces together the disparate lives of 10 very unique characters. For those looking for fast action, this is definitely not the game for you as it’s as slow as a slug trudging through peanut butter, but if you would like gaming pallet cleanser to refresh your mind and warm your soul then take the wayward path to find Wayward Strand. 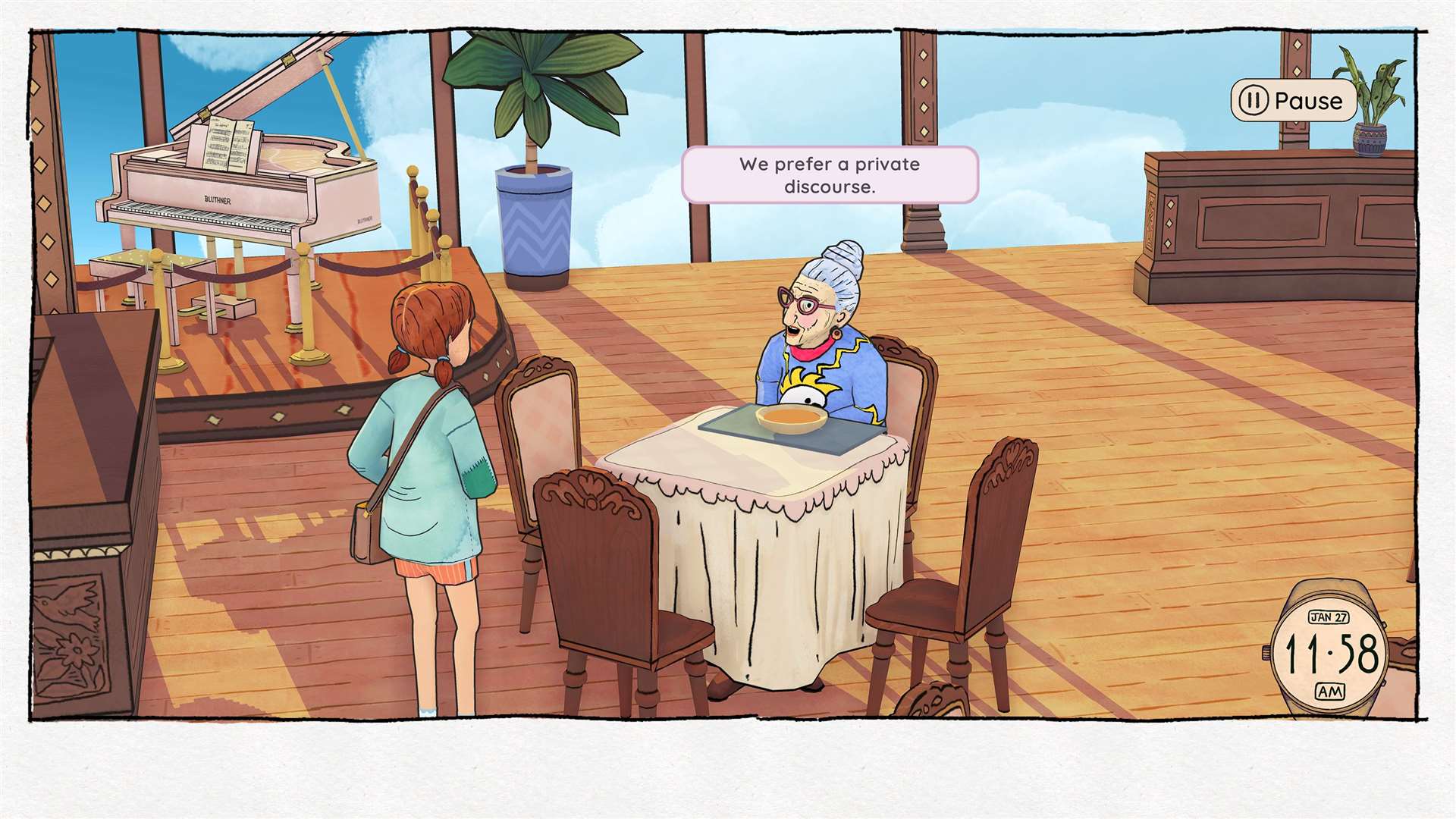