RimWorld follows the story of three survivors from a crashed space liner as they build a colony on a frontier world at the edge of known space. However, that story is never the same one, nor are the survivors and neither is the outcome. Welcome to the wonderful of AI-generated storytelling known as Rimworld. But is this Firefly-inspired adventure cutting edge or off the rim, here are my first impressions of Rimworld Console Edition. 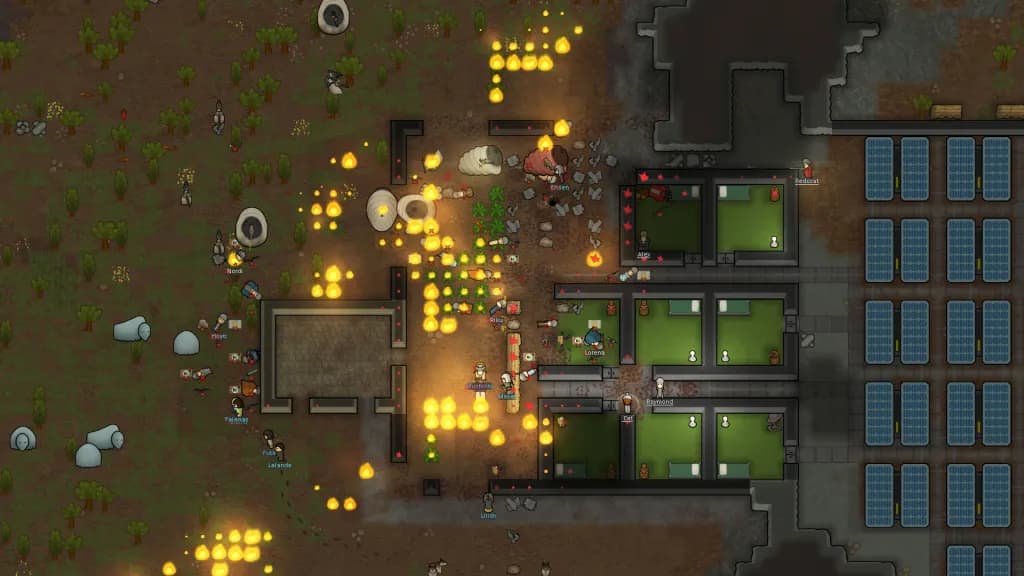 The first time I played Rimworld, my little band of soldiers, cave dweller and shopkeeper soon settled into their little wooden hut and started growing rice, everything was peaceful until a rabid squirrel attacked. After the rabid rodent had done its damage and subsequently been killed, they helped a lone traveler and were attacked by marauders. Thankfully, the marauder wasn’t fatally injured and there was an opportunity for him to join the team but in the flurry of battle, I added too many orders one of my team beat him to death carrying out a delayed command. Soon after they ate a tortoise and then other attackers hurt two of my team then burned down my house which them inside…

The second and third time round, none of these events happened… 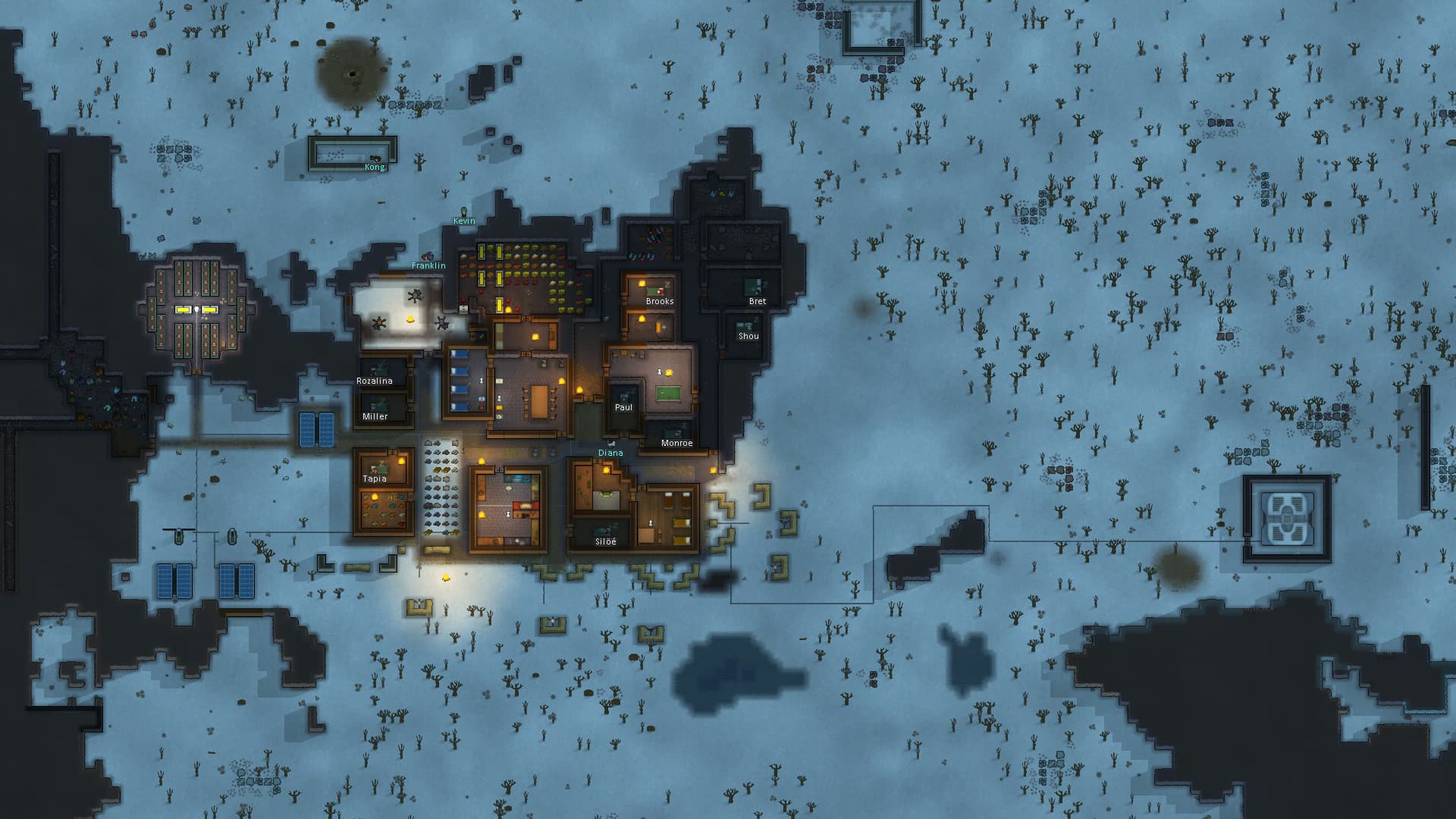 Rimworld is a really unique game that marries the graphics of the Prison Architect series, the epic stories of Skyrim, and the mountain of data found in Dwarf Kingdom. Players first choose their three crew mates from a random selection of characters, each character has both a childhood background and adult profession, these two elements form the basis of their traits and abilities. The poor little cave dweller might have great mining abilities, but lack social skills, whereas the Comedian will boost morale but be terrible with guns. The multitude of variations is fantastic and sometimes a little dark and it doesn’t stop there (more on that later). Before each game, you can choose your Story Teller. The three options are Cassandra Classic, Pheobe Chillax, or Randy Random. As you might imagine, these are the balanced route in which you are given time between disasters to rebuild, the peaceful route that focuses on building your community, and the random in which you can be struck with blight one moment and attacked by an ancient evil you awoke whilst mining. 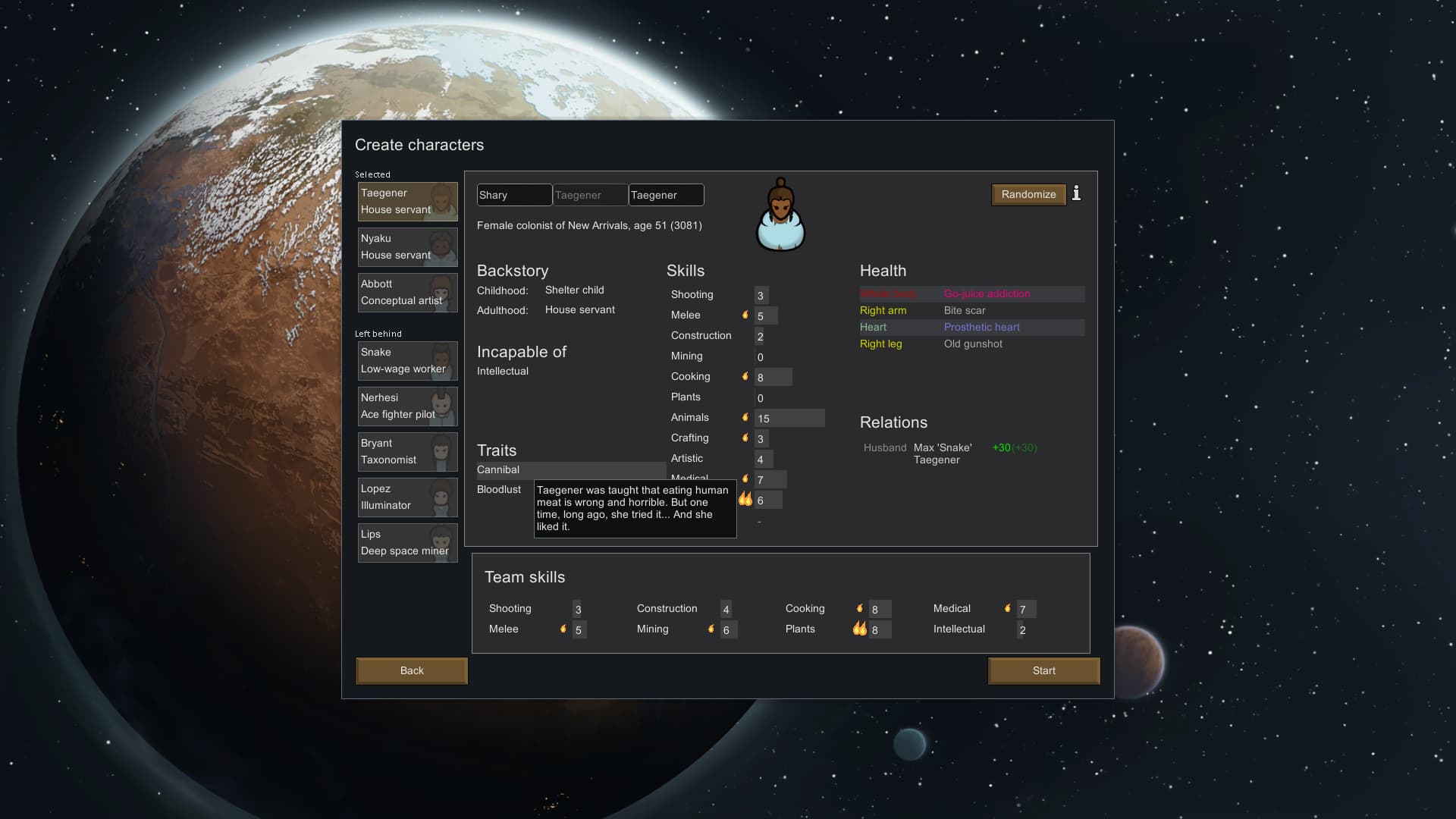 If you think you are a peaceful kind of gamer, ignore this bit. The game can descend into madness during some games and you might need to be morally flexible to get through the craziness. Your colony may need to be cannibals sometimes or harvest downed teammates for their organs but its survival of the fittest on Rimworld and the story can take some interesting twists and turns. The emergent gameplay never follows a set path, instead throwing in new twists to keep it interesting. If you set a trap for a marauder and forget it’s there, you might find one dead colonist, wander too far from home and you might meet a giant sloth that can kill. There are just so many things that can go wrong. If two of your colonists start a relationship and one dies, the other might have a mental breakdown and run rampage through the colony. It’s completely bonkers but utterly amazing. 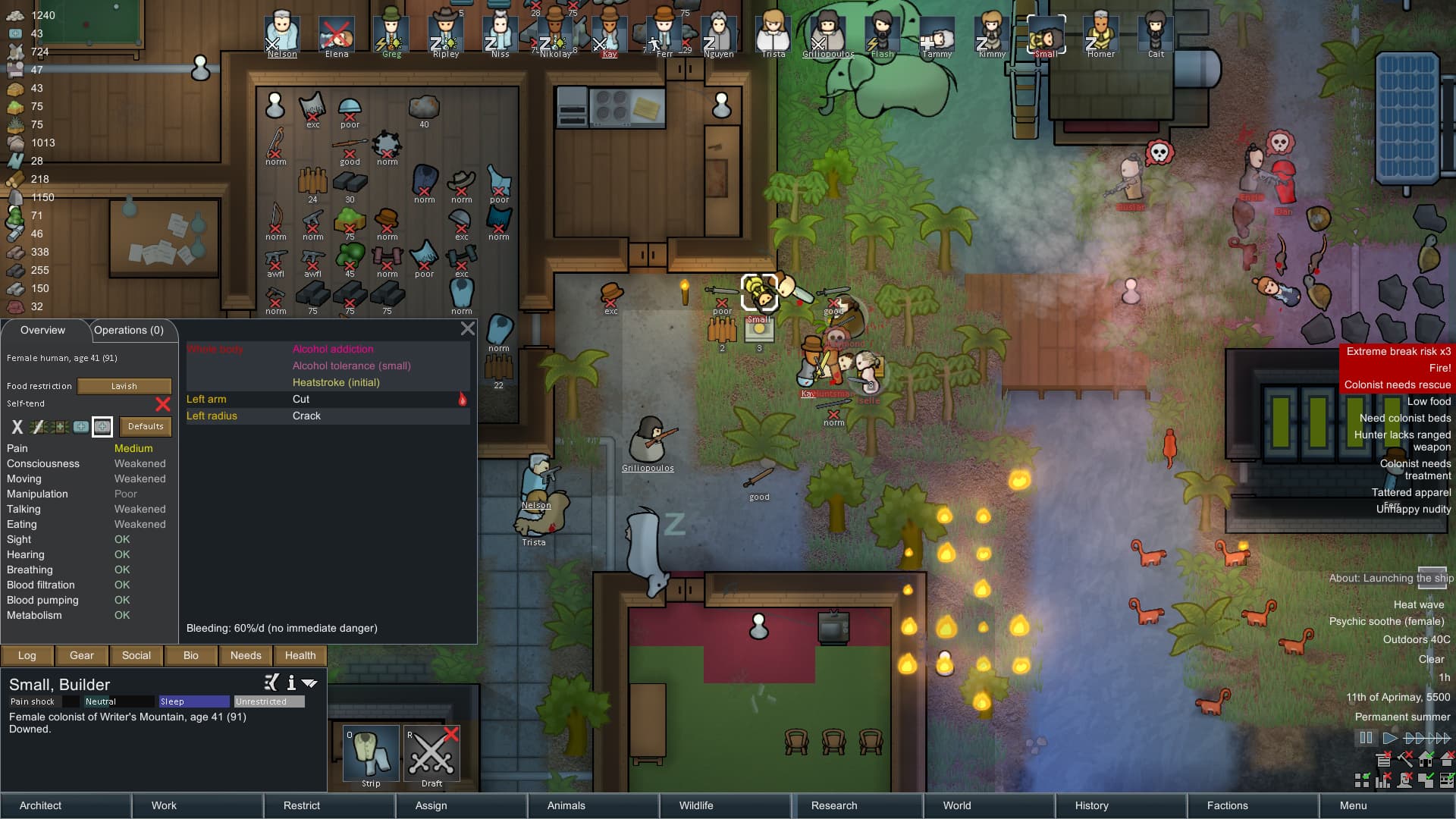 For those who quiver with excitement over mountains of data, Rimworld has it in droves. From temperature, crop yield, medicine effects, social buffs, addiction, and so much more. However, new players to the micro-management simulation genre might find it all a little daunting. The first tutorial will take you through your first 30 minutes but after that, you are on your own. If you are happy to learn the complexities of the game then you will be rewarded ten-fold.

Rimworld has been out on Steam for years and there are additional DLC packs and an active modding community. The game has overwhelmingly positive reviews and has been one of the most popular games on the platform for many years. Now console gamers can enjoy this fantastic experience and access to the DLC as well. Modding is currently not included but may come in the future.

Overall, Rimworld is a fantastic game that has SO much replayability. You can choose the ‘Get off the planet’ quest and complete the game, but the joy is simply surviving the twist and turns that the storyteller throws at you. There is a steep learning curve for new players but for those with the patience to work through it, you will not be disappointed. I have called this a first impression, as I am 20+ hours in and the average play time on steam, is 130 hours so I have a long way to go. The graphics may be basic but the emergence of storytelling and randomness of the whole experience makes this one of the greatest games very made. And for all those indie devs out there, it was done by two people. 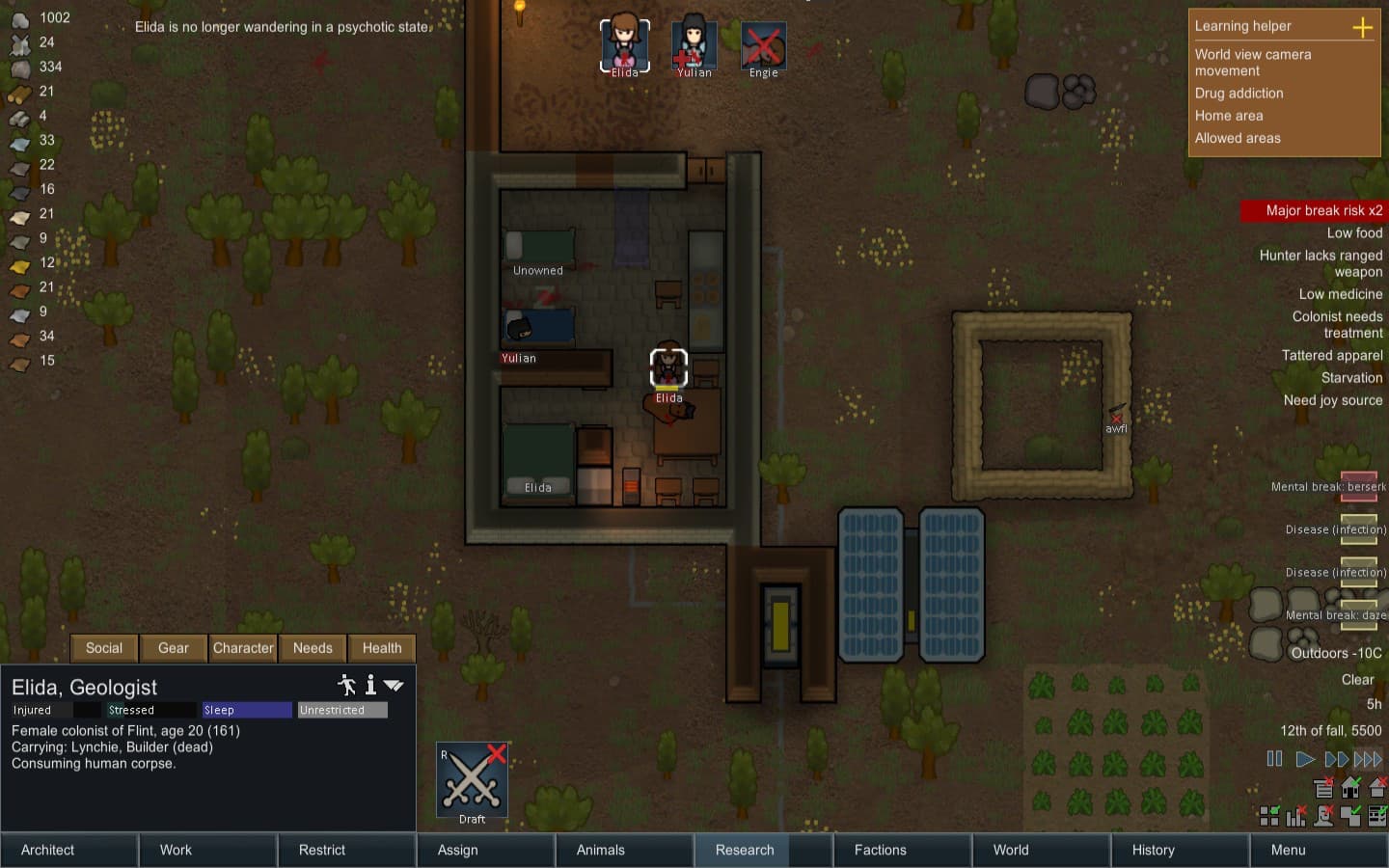 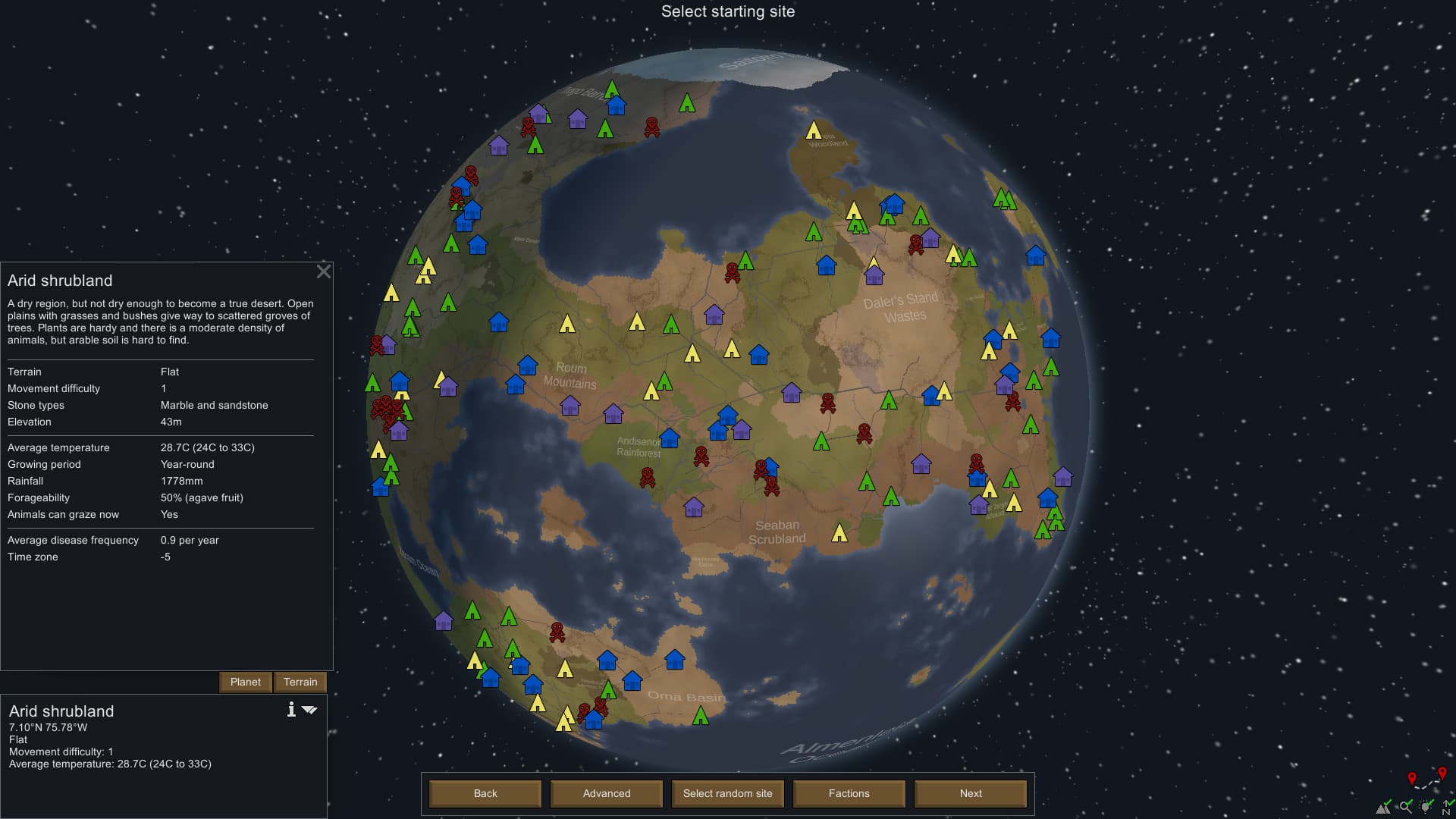