With only six weeks until the launch of Titanfall 2, Respawn Entertainment treated us with a free weekend of stress testing in their first of two ‘tech test’ weekends. I am a huge fan of the original and was extremely excited to get stuck in to the upcoming game and see what was in store.

The best thing about the new game was that it felt like Titanfall. The speed and verticality has been increased and improved. The two levels available to play felt really considered, as there is as much to do on the ground, as high above them. The brand new grappling hook functionality added additional speed to the upper areas, as well as the ability to recover from those all too common mis-timed wall run. 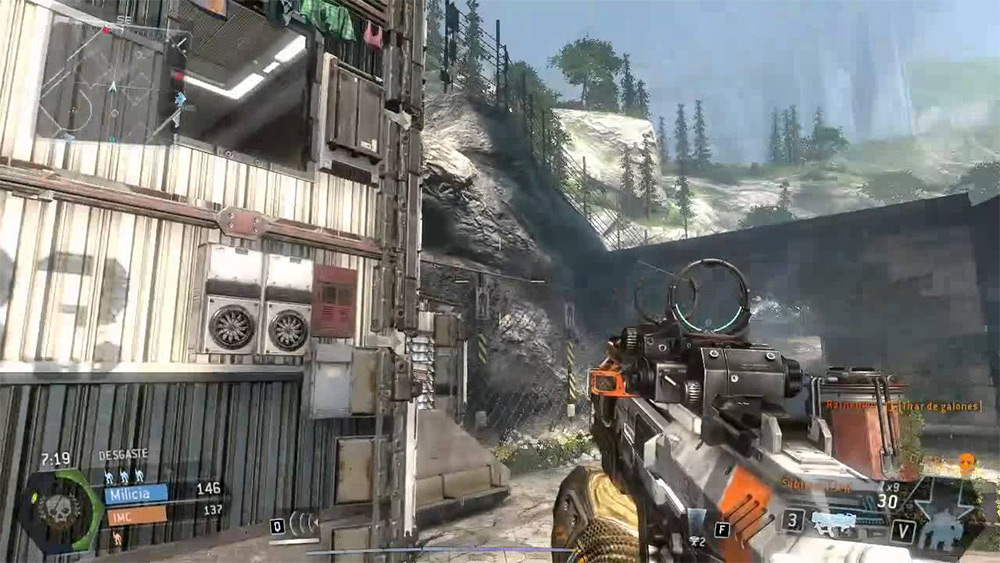 To be honest, I always had more fun as a pilot than a Titan in the original game. It seems that this unbalance has been addressed in the sequel, with additional moves, weapons and finishing blows added to the hulking mechs arsenal.

There were two game types available in the first outing, that included a capture the flag mode style domination and the all new bounty mode. 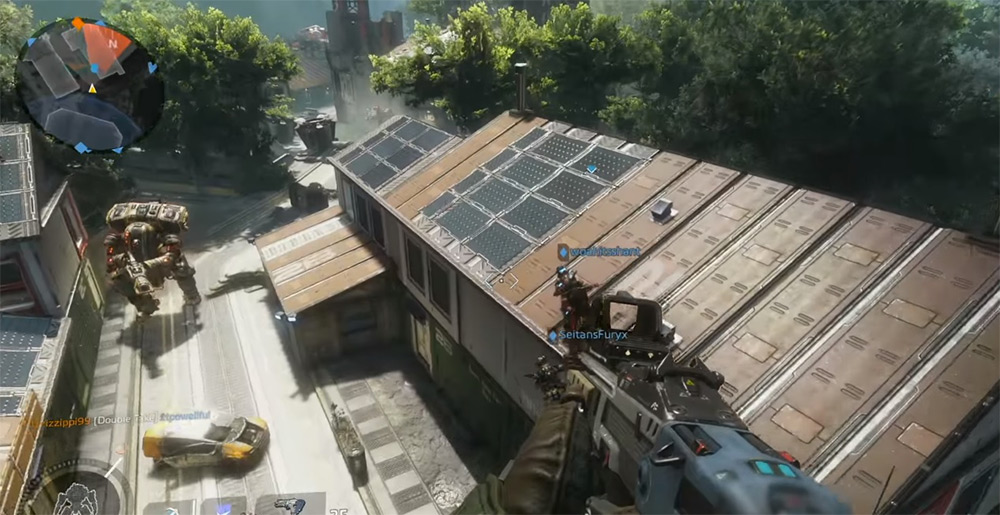 Bounty Hunt is a 5v5 mode that pits Pilots and their teammates against an opposing team, as well as the Remnant Fleet. Earn bonuses by killing grunts and enemies, but make sure and deposit all your points at the bank between waves without getting killed.

This 6v6 game is a refreshing twist on Hardpoint Domination from the original game; now defending a Hardpoint will let you amp it, giving your team double score. Team work is the key to securing victory. 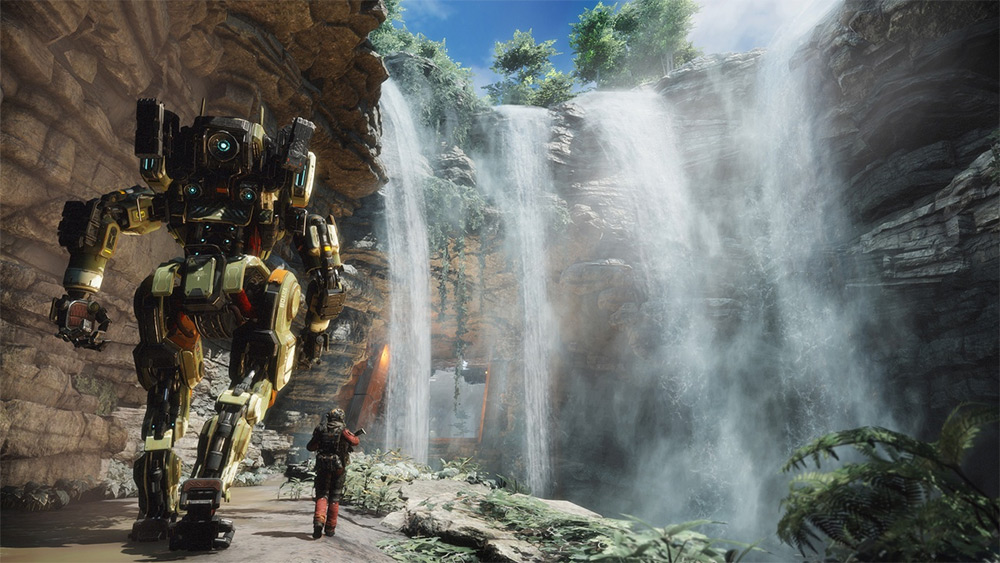 There was only two maps to play on as far as I could tell that included Boomtown and Homestead.

Boomtown is a secret underground research and development facility in which the latest tech is built and tested. This map allows Pilots to use the various peaked roofs as cover against enemies below. With claustrophobic lanes down the middle, Titans can also be easily ambushed.

This IMC invaded space farm is a small commune surrounded by forests and mountains. With a collection of raised, rocky plateaus and a river running through the middle, Pilots are generally safe from Titans when within the rocks and trees, as well as duck into the caves and building when needed. However, the hulking Titans control the large rolling fields which make up a large part of this map.

The following week switched out the Domination mode for a Pilots vs. Pilots mode that increased the players to 16 per game. Sadly, I was unable to try that out

I only got around six hours with the game, but it felt familiar enough to peak my interest and the new editions that were teased in the demo (combined with the new single player campaign) has sold me on getting it, when it finally comes out next month.

What did you think of the game and will you be getting it in October… Let me know below.