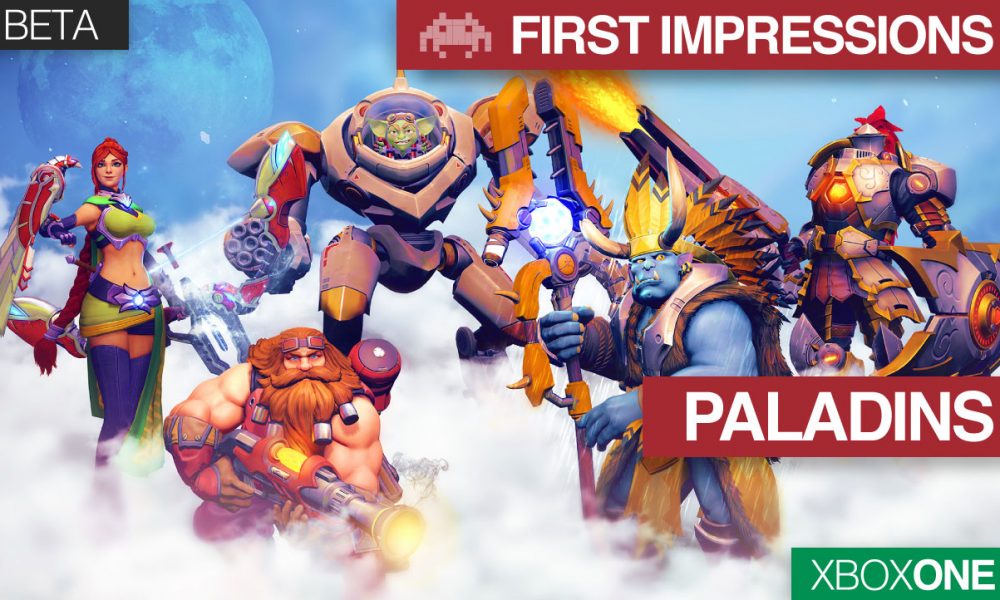 Hero shooters are all the rage at the moment, but with so many already out and more on the horizon, it’s becoming a very crowded market. Overwatch has proved that the paid formula works and yet Battleborn shows how easily these games can fail (despite it being a great game). Other titles have opted for the free to play option and games such as Smite are doing very well. Mixing the two models is Paladins; the latest hero shooter from Hi Rez Studios. Paladins enjoys the look and feel of Overwatch, but the extensive customisation and paywalled content of Smite. Which is understandable as Hi Rez also create Smite.

So is Paladins one to watch, or will it have a battle on its hands? Here are my first impressions of the Paladins Beta. 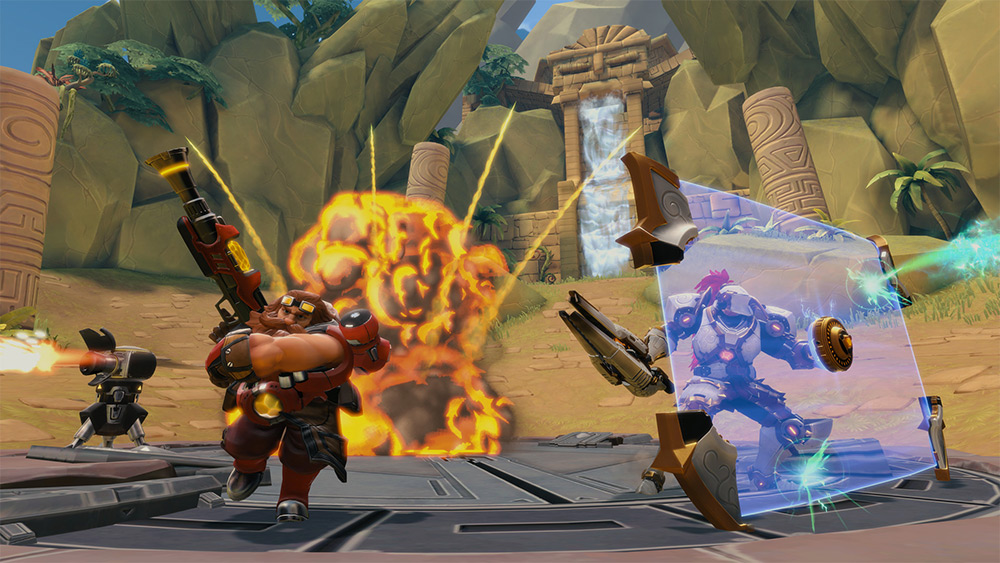 In the beta release, players have access to five players across the various classes that include:

Each character class has their own strengths and weaknesses and feel very different. Support characters do not last long in open warfare and snipers need to be tucked away to dish out the death blows from afar. Only by working as a team can you successfully win the match. 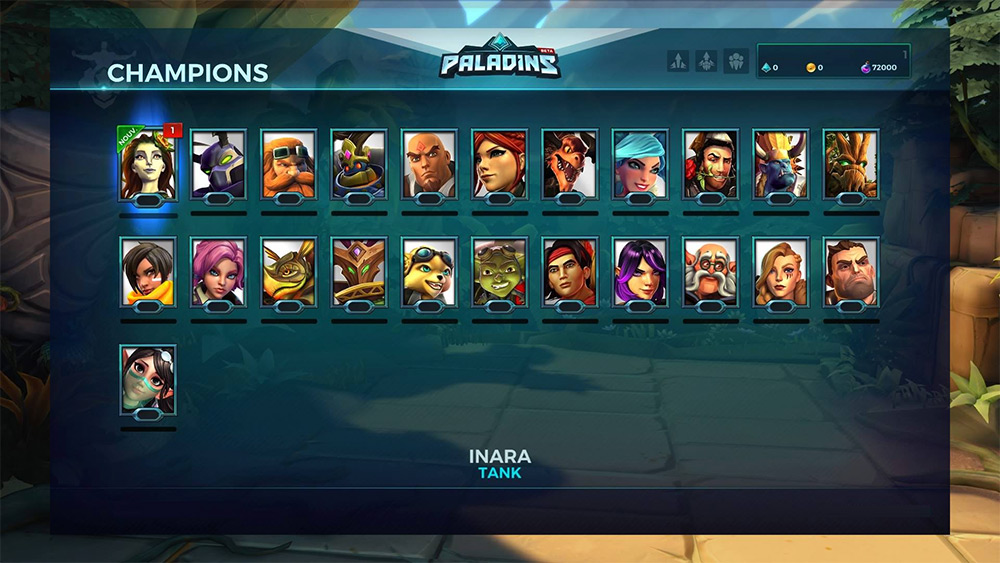 In the five hours of play I have currently logged, I have four different game modes that include:

Training: For learning the ropes

Siege: This involves securing a certain position and once secured pushing a payload to a required location whilst the opposing team try and stop you.

Survival: This team death match enjoys smaller maps and requires teams to outlast the other team. Once dead, you are out. This game type is mad more interesting by an ever engulfing fog that pushes all the players towards the central command point.

The player versus environment (PvE) game was grayed out and unavailable at the time of playing but if they could take a few lessons from the recent Overwatch: Uprising PvE game then it’s sure to please.

When it came to game types, I found objective-based play the best option for trying out the various characters and it’s worth playing them all to find your niche. 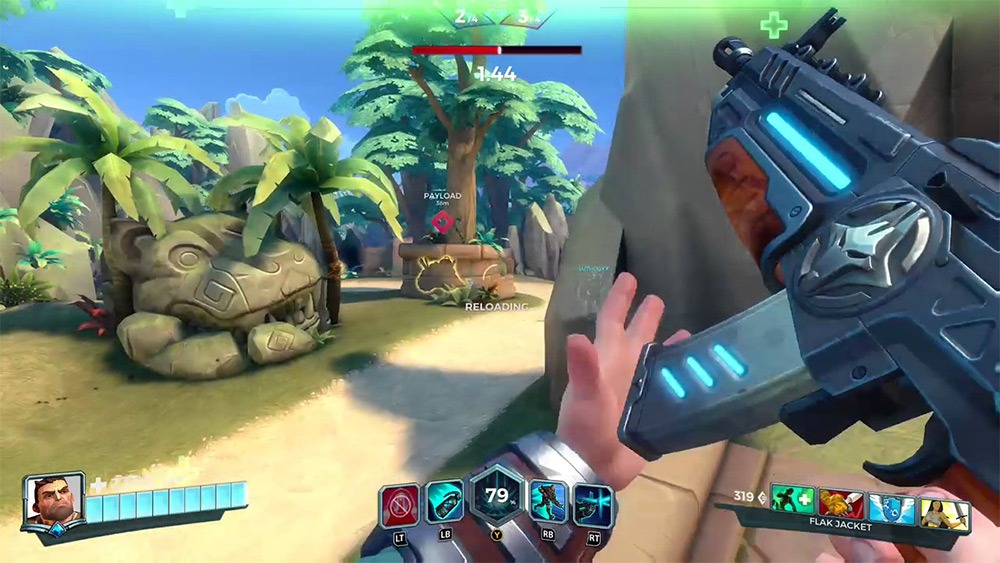 Visually, it looks fantastic with so many colourful and varied characters to choose from, all of which have their own personality. My personal favourites were the rifle-toting Victor and the sleek sniper known as Kinessa. However, there were plenty of characters I was yet to unlock. Two characters I really wanted to get my hands on were the Bomb King and little Ruckus with his D.VA style robot. The medieval settings are a great backdrop for the battle, however, the more modern rifles and sniper rifles do feel out of time when compared to the wizards, genies, goblins and thieves.

Being a team-based shooter, players must rely on strategy, character knowledge, coordination and teamwork in order to attain victory. A good team will have a balanced choice of classes that will support each other during the game. After each match, you gain additional cards and loot to change players, upgrade special abilities and customise your characters. The loot chests have a particularly satisfying thud, clunk and shower of loot to give a real sense of achievement. 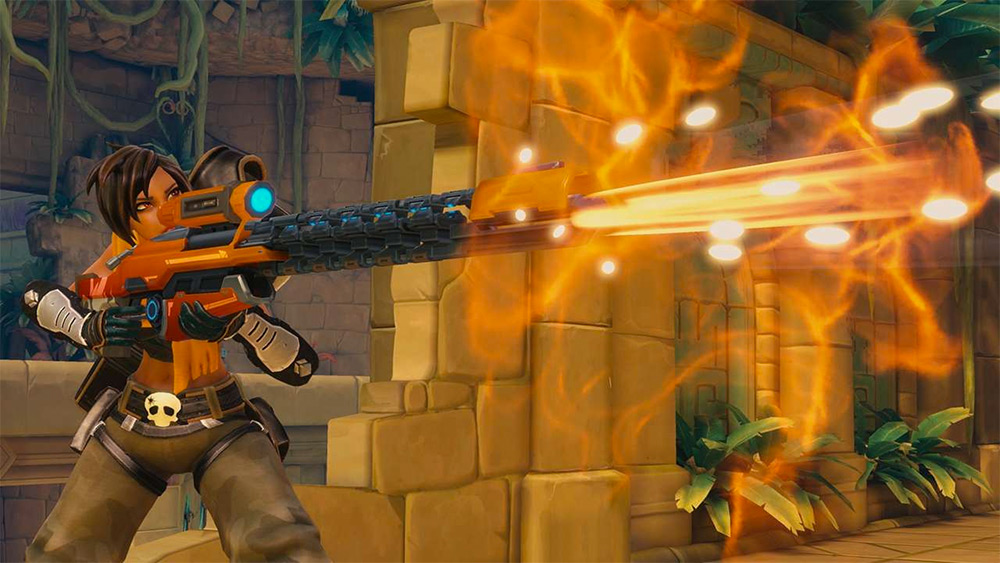 Overall, I found myself enjoying Paladins a lot more than I thought. Having a high-quality hero shooter for FREE is fantastic news for the Xbox community. Whilst Overwatch still retains it’s high price tag (even in the sale), younger gamers and those not looking to spend money can jump into the hero shooter genre without spending a penny. 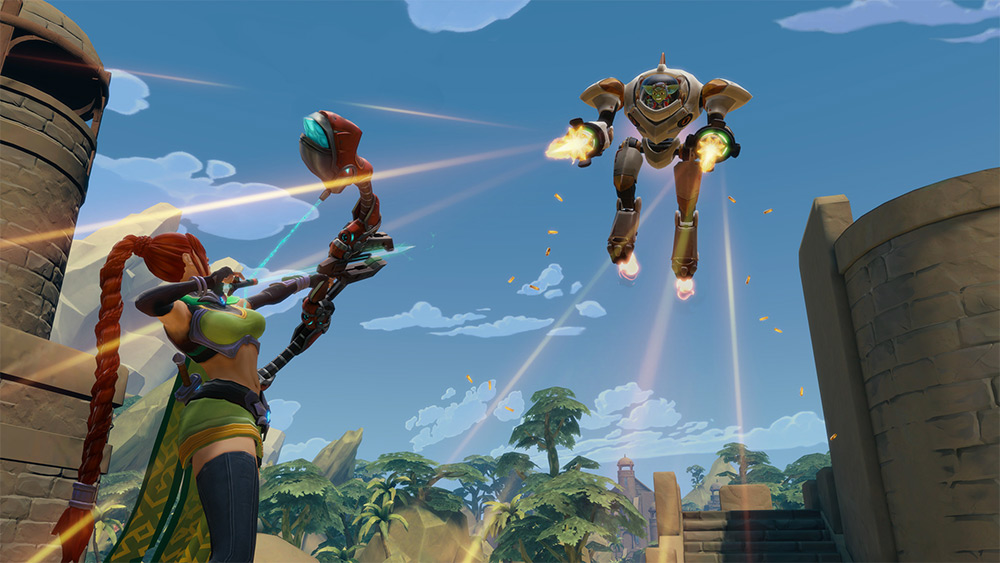