When a massive alien hive approaches Earth, the future of the human race sits on the shoulders of Space Fighter pilot John Leone. Remote Life is the brainchild of a single developer with a passion for retro shoot-em-ups like R-Type and Darius.

I recently got the opportunity to play the first few hours, and this is my first impression of Remote Life on Xbox. 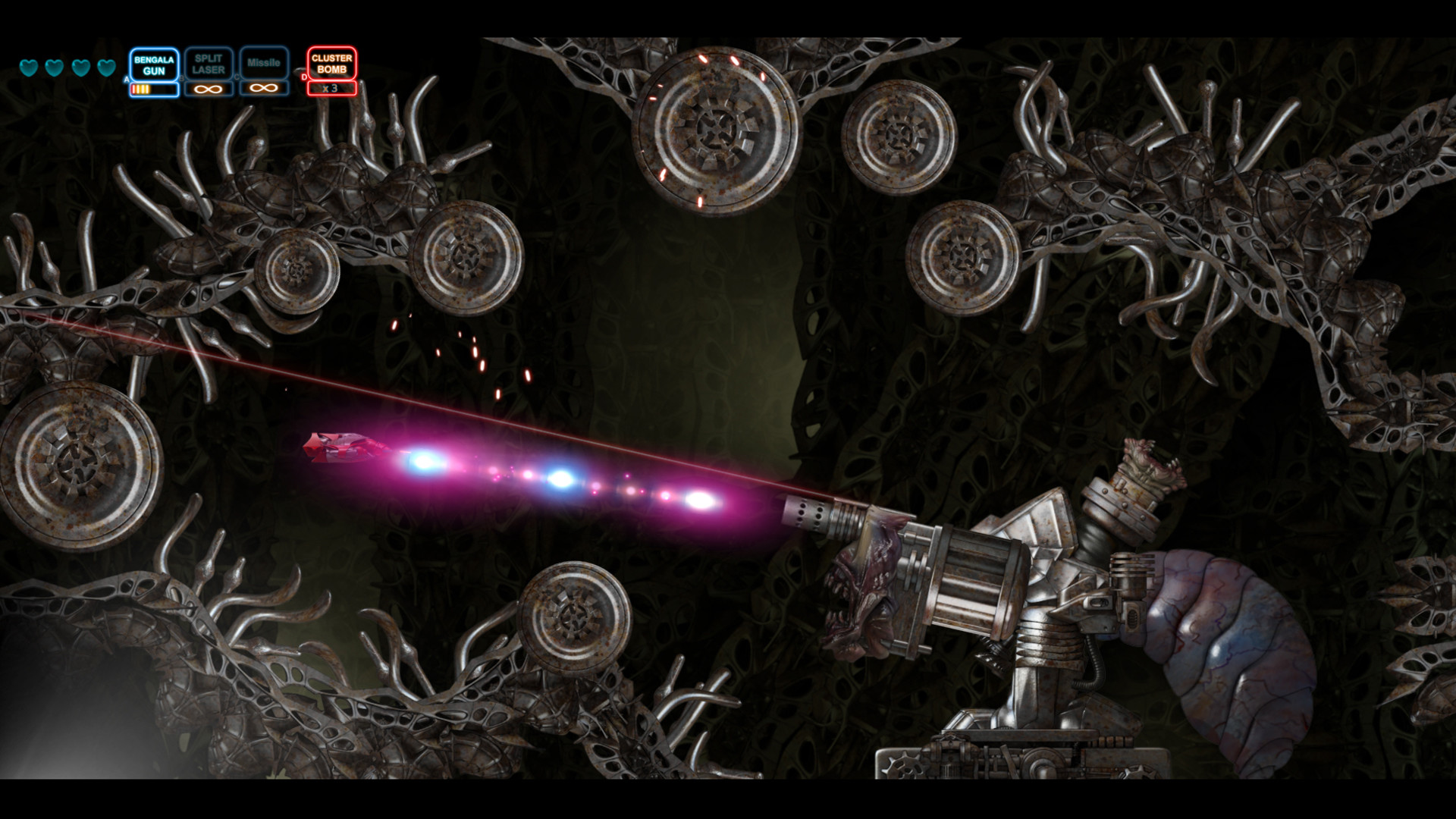 The first thing that jumped out to me on Remote Life was the visuals. The 3D style graphics look great but it was the creature design that caught my attention. The mix of the robotic with the Geiger-style alien gives the game a unique and eye-catching look. Blasting through the hordes of aliens is a joy when the variety of beasts is this good.

The weapons are the biggest visual treat as your ship can be equipped with four different weapon types, a mega weapon, and can also gain additional attachments to beef up your firepower. From simple red lasers to missiles, scatter shots, plasma waves, and myriad more, shooting is sheer eye candy as bullets shower the screen wiping out the enemy waves.

Each level ends with the epic boss battle and oozes retro charm as you move in and out to avoid the scripted patterns of bullet walls. 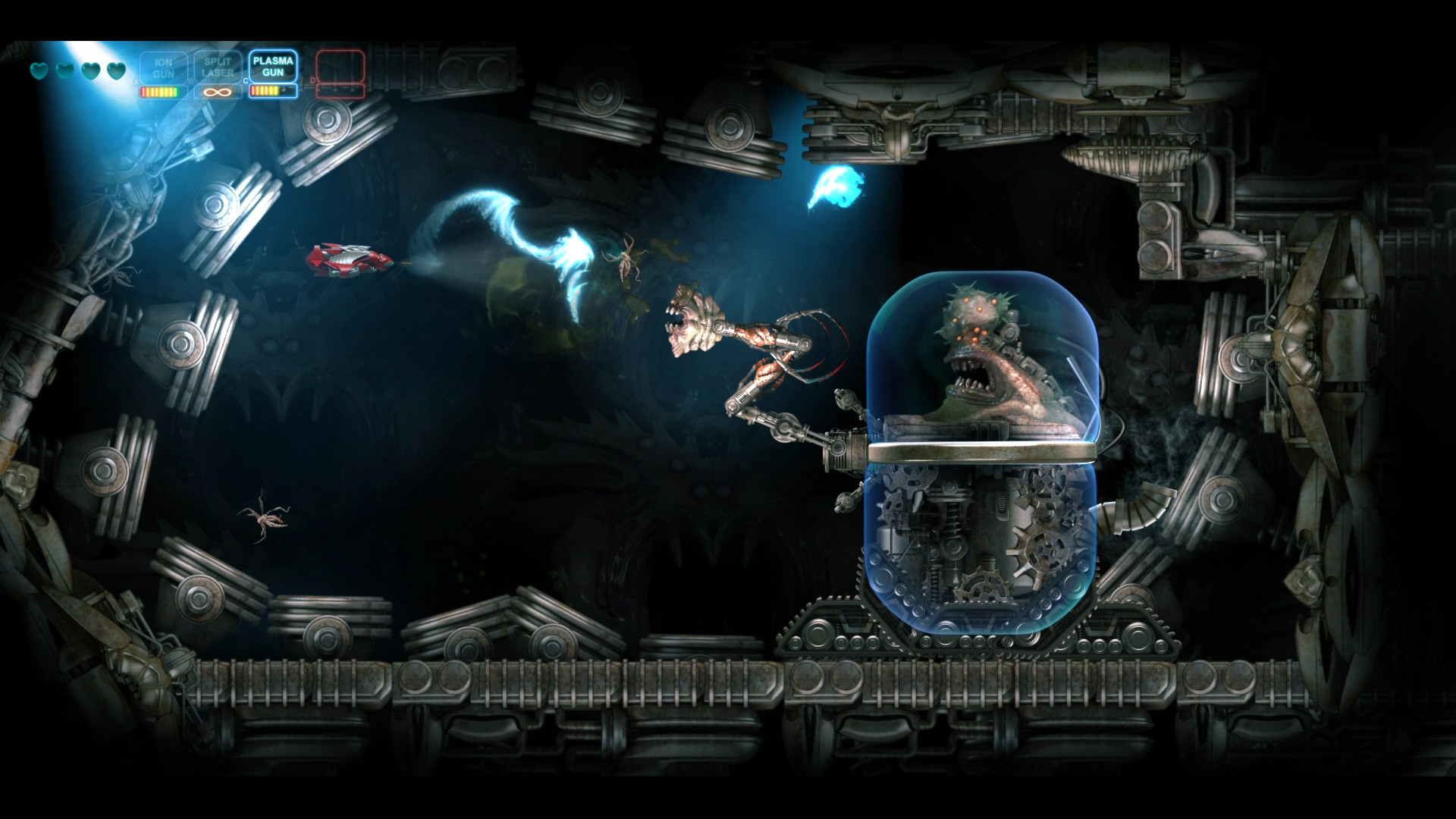 Unlike its retro predecessors, you don’t have to start from scratch if you die and are outside the three life limit, you can also save your progress at the end of each level. The menu section is a little clunky and basic using mouse-like control to select which level to tackle.

The sound and music are perfectly passable with industrial-techno background music that is easily forgettable alongside a few spoken words to break up all the large text-based exposition. The Sound FX on the weapons all sound great and vary enough to be distinct whereas the explosions are all very similar. 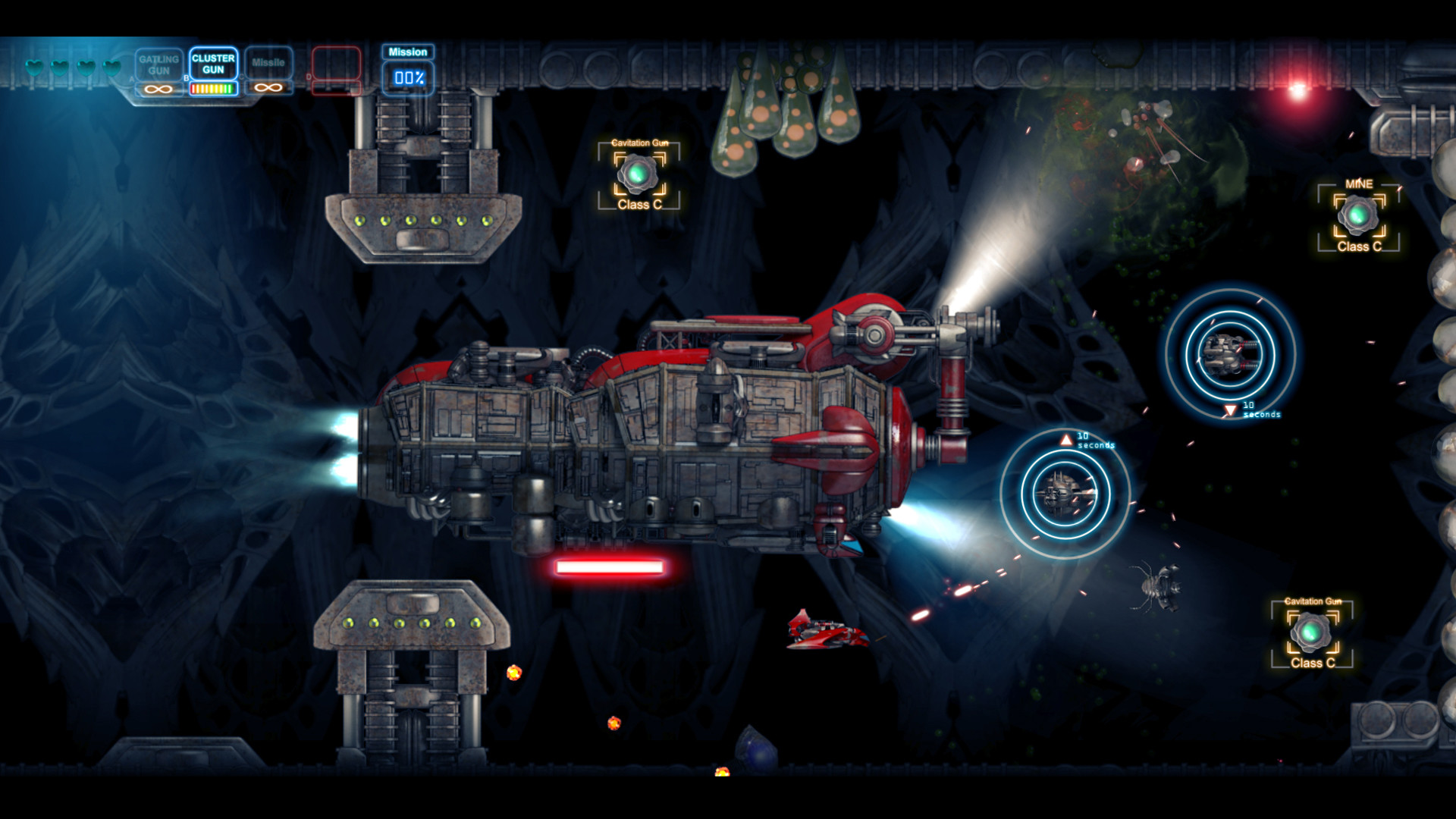 Level design is simple and fun and changes throughout to include the straightforward blaster to convoy missions to keep things interesting. As you circumnavigate the alien hive, there are plenty of crushers, spinning spikes, and doors to get in your way. A steady hand and calm demeanor are needed for the more hectic parts.

With a few hours of playtime under my belt, I know I am going to be jumping back into this a lot over the coming weeks as I work my way to the middle of the alien ship to deliver the mega missile that will save the world. If you are a fan of classic shoot-em-ups, Remote Life looks and plays like a modern game but has all the classic nods to the games gone before it. For a single developer, this is an immense achievement and I look forward to dealing with the all-important death blow in the next few weeks. 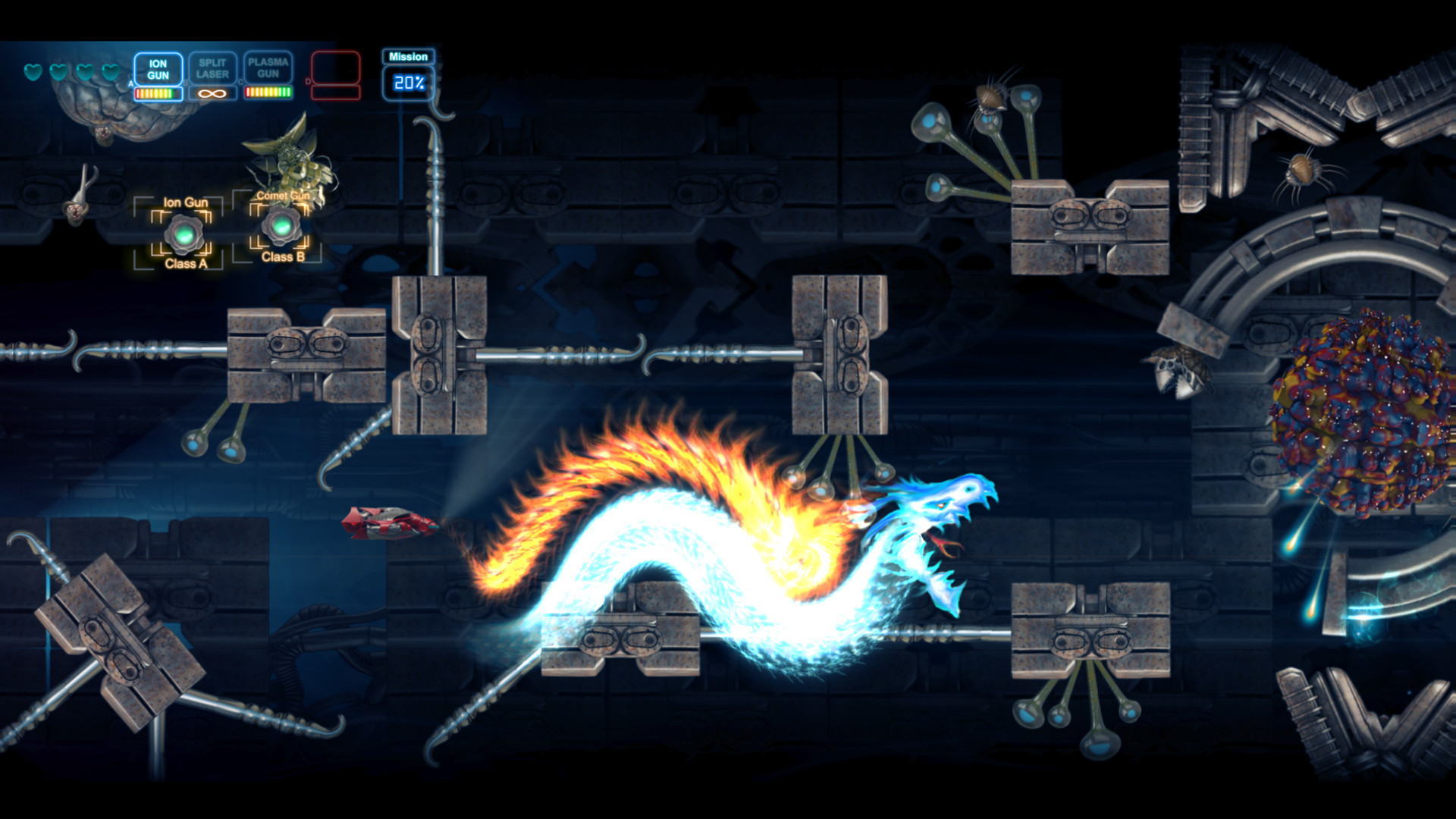 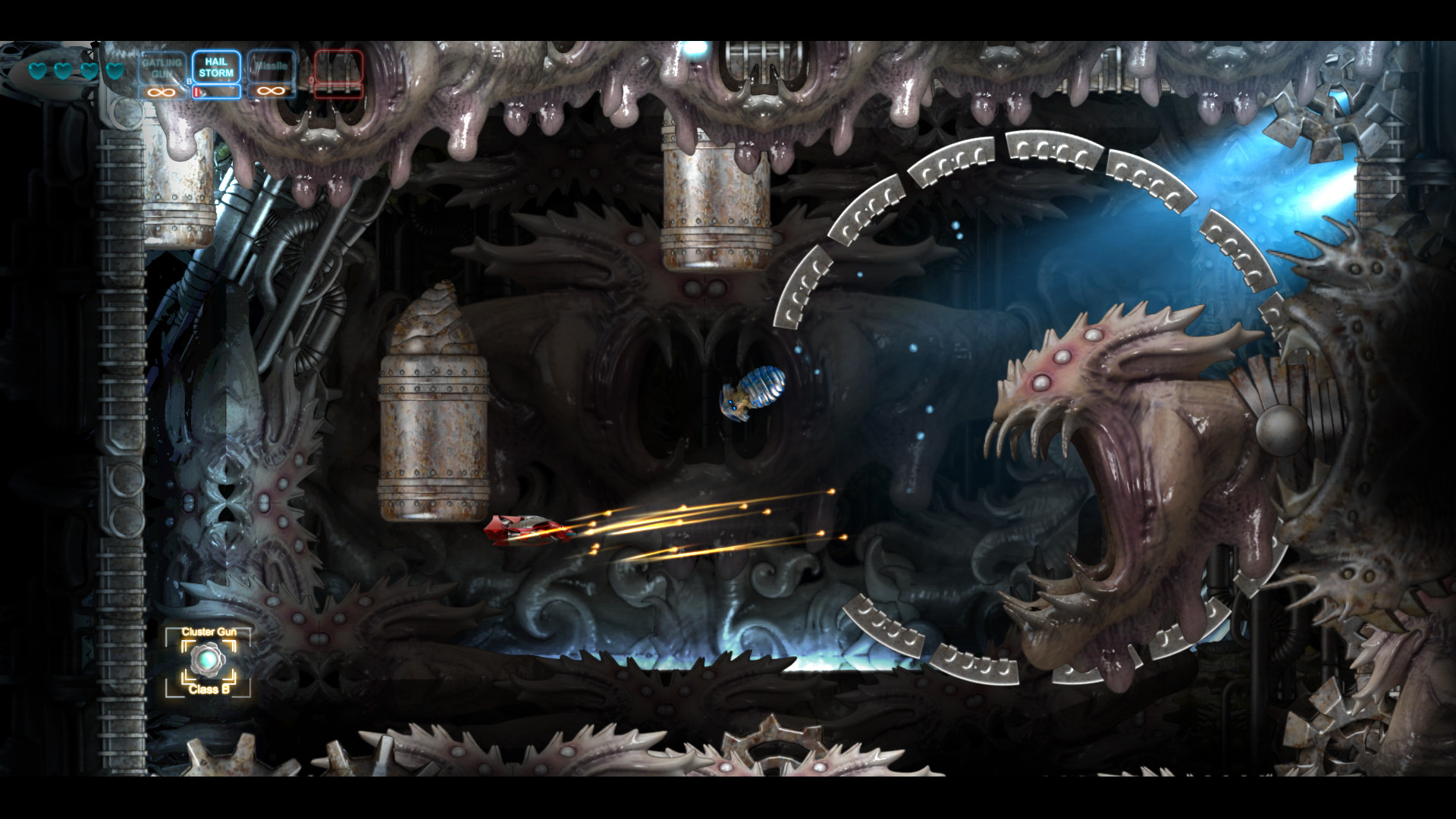