Born in the 90’s: The Ultimate Metal Slug

Trawling through the arcades in the mid-nineties you would be confronted with a slew of 2D fighting games like Final Fight and Aliens and a handful of machines desperately trying to crack the polygon-covered virtual world like Daytona or Sega Rally. But nestled among these giants appeared a new machine that oozed traditional shoot-em-up values and had a wicked sense of humor. Mega Slug quickly gained popularity and in turn a torrent of sequels over the following decade. The series pinnacle, however, was well and truly grounded in the nineties. 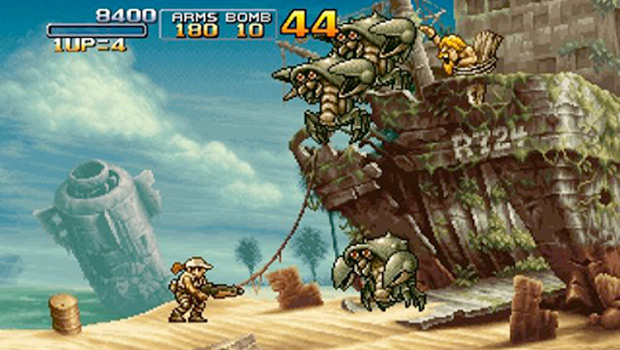 Released in the arcade and the Neo Geo the original Metal Slug had players spellbound as they battled through five levels of ‘nazis’. Gamers were amazed that it could run of hardware that you could have it your house. Of course, the cartridge would set you back £200 and the later Neo Geo CD being cheaper, the load times and lag times was a pain. The home variants of the game also came with an additional combat school mode which was essentially a time attack mode and the ability to start for a level you had previously completed which made it more like a home-based game but also made it easy to complete. 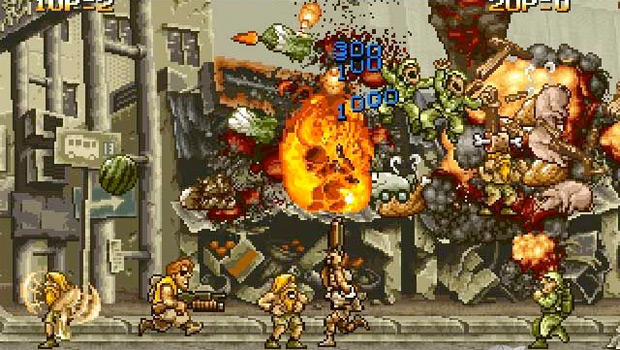 The second incarnation introduced zombies and the hilarious fat mode that, despite being very cool and funny, was an enormous drain on resources and caused slowdown when coupled with the explosions and waves of enemies. The sequel did feel a little like an extension to the first game having almost the exact same mechanics and only six levels. Additional characters included two female characters but as all the characters handled the same they did add as much as they could have.

MSX is, in my opinion, the definitive Metal Slug game as it married the two previous games and had the polish that the previous games needed. This game was also focused of the home market as the PS One version has around 20 mini-games, extra weapons and various different modes.

At least 10 new Metal Slug games came after this in the noughties that not only took the series up to Metal Slug 7 (on the DS) but also ventured into the world of third-person 3D shooters. Sadly these never really lived up to those early incarnations. Of course revamps appeared on Xbox live arcade, Nintendo Wii and PSP which were great to see and play but it was in 1999 that the series really hit its peak. 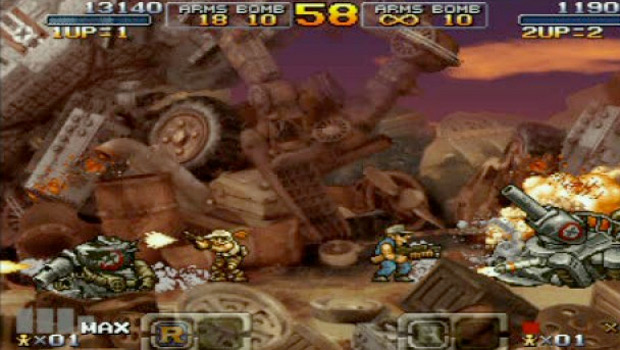