Be Careful, This Message Is Being Monitored – Ingress Is Here 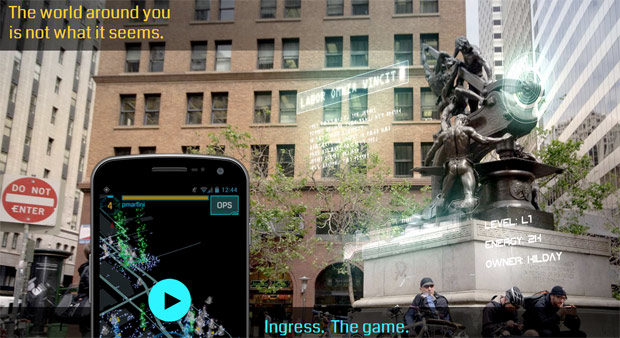 I know you are there. I know you can hear me. You must help us. We must control it, or it will control us. Don’t trust anyone. Look, they aren’t coming – they are already here.

Ingress, the near real-time game created by Niantic Labs has people taking sides in a battle that takes place all over the world. Not a gaming world – but in your world.

According to Ingress, the world has been seeded with an “Exotic Matter,” or XM, by some unknown force called the Shapers. No one knows who or what these Shapers are. But there are those who support the shapers, called the Enlightened. Those who oppose these unknown forces are called the resistance. You are invited to join either side, via your Android device. The game uses your phone’s GPS system to locate and track you. As you travel through your world, the game offers you opportunities to attack portals from the other side, pick up supplies, and other actions. 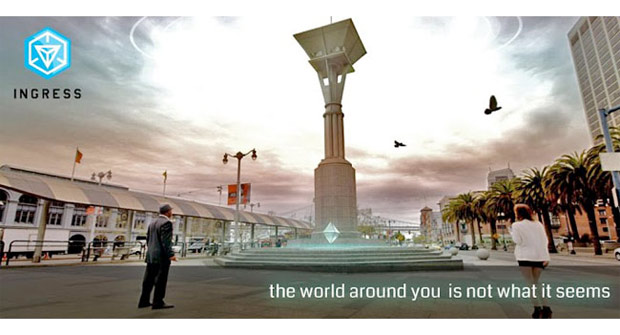 The makers of the game have created portals around the world, usually using landmarks that appear on the map to those who are using the app on their device. The portals are blue, green, or gray, depending on who controls them. It offers each player to take action depending on which side they are on, with the goal of creating virtual triangular fields. The battle lines are drawn, as both sides battle for what they believe in.

Ingress was originally launched in an online campaign in November of 2012 and has about 500,000 players globally. The story has been slowly revealed through a variety of videos, online messages, and other releases. While the makers thought it would be interesting to bring gaming to the next level by making it interactive with the real world. They never expected it to have the effect it has had. People are forming groups, clubs and teams, working together and even declaring truces. Boston.com reported on a ceasefire at MIT as well as an Ingress memorial set up between the fighting factions in honor of slain officer, Sean Collier. 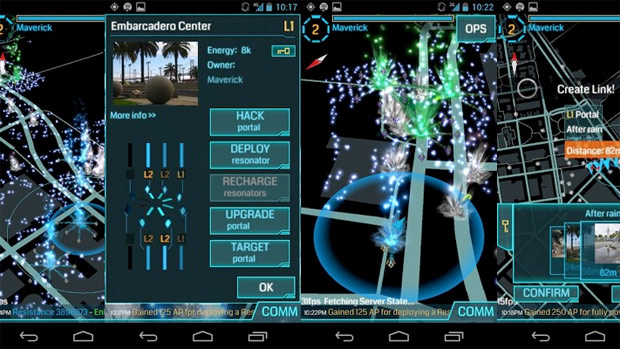 Philipp Greitsch on Trendblog.net reported that while Ingress may seem like just another video game, with leveling up and getting items there is a big difference. Players are forced to change their lives. They have to do more than simply sit on the couch to play. It offers the opportunity to meet new people and explore your world around you, as well as see some of the important landmarks in your community. That’s a step up from the Wii, Kinect, or Move, that never get you out the door.

With the popularity of such mobile devices as the Galaxy S4 at T Mobile, social geo games may become more common. As these devices increase in power and ability, the gaming options available will increase as well. But for now, the fate of the world is resting in your hands. To join, go to Ingress.com and join the battle. The most difficult question is will you embrace the enlightenment? Or will you join the resistance?