The first thing you will notice is that Rekt! Looks like an open word Rocket League minus the ball and goals. However, on closer inspection, you’ll see that Rekt! is more like a skateboarding game than a driving game. 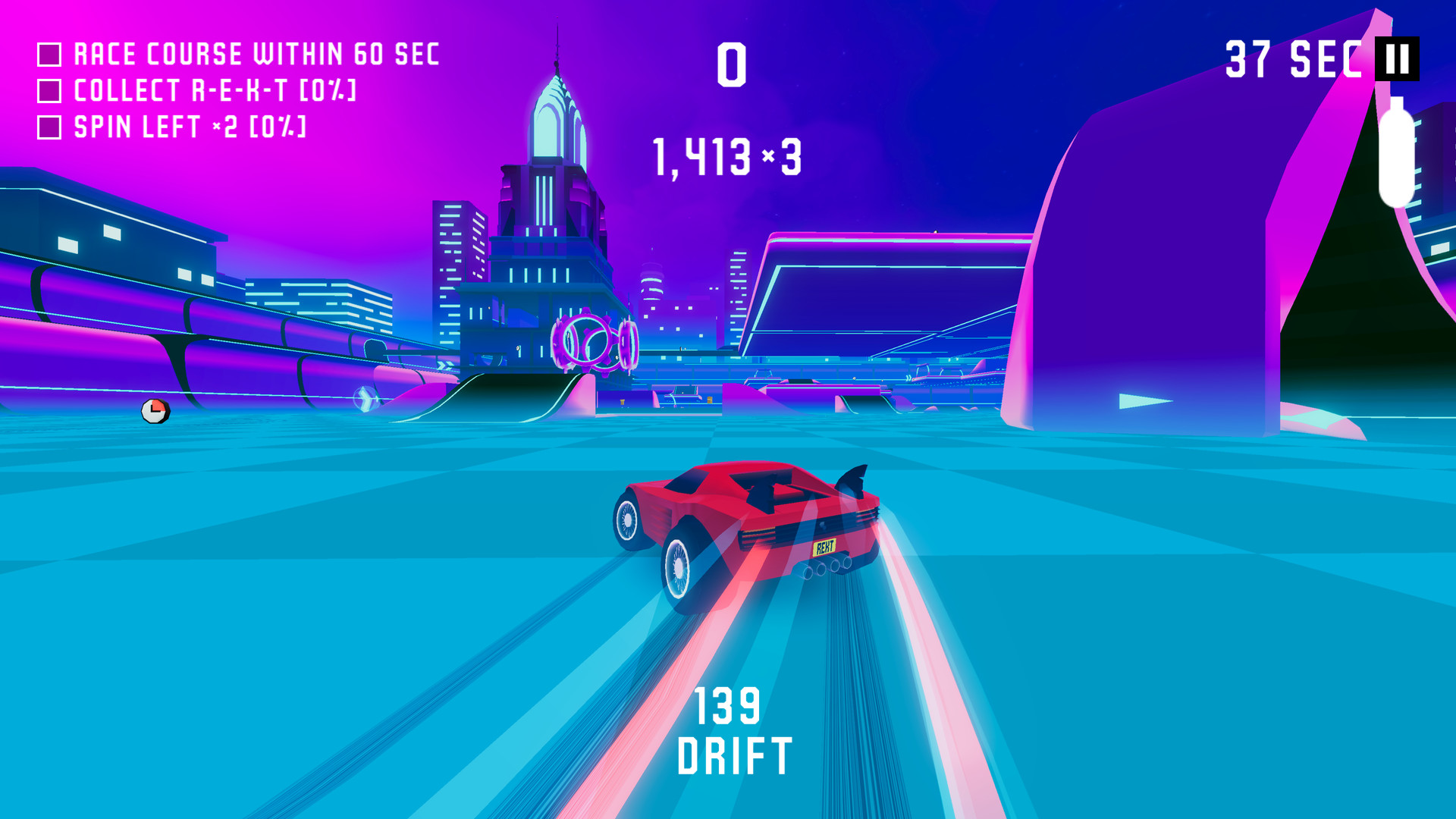 The gameplay feels odd at first as you have the standard driving controls but once you lift off, the right stick controls your pitch and spin which is usually reserved for camera control. However, a few games in and you will get used to the rapid spinning you can achieve. It’s worth noting that as your car gets more and more beaten up, the more difficult it handles giving players a real sense of consequence. So try not to ‘Rek’ your vehicle

Score hungry players need to connect stunts together to get bigger and bigger multiplier scores. Each time you fail to land your vehicle properly, your multiplier is reset and you are audience to the giant ‘Rekt’ text and accompanying voiceover.

Games come with a series of objectives and challenges to complete which keep players motivated and push you on to build up your coin bank. Thankfully, unlocking levels is relatively easy as each new arena costs around 2000 coins which can be accrued pretty quickly. 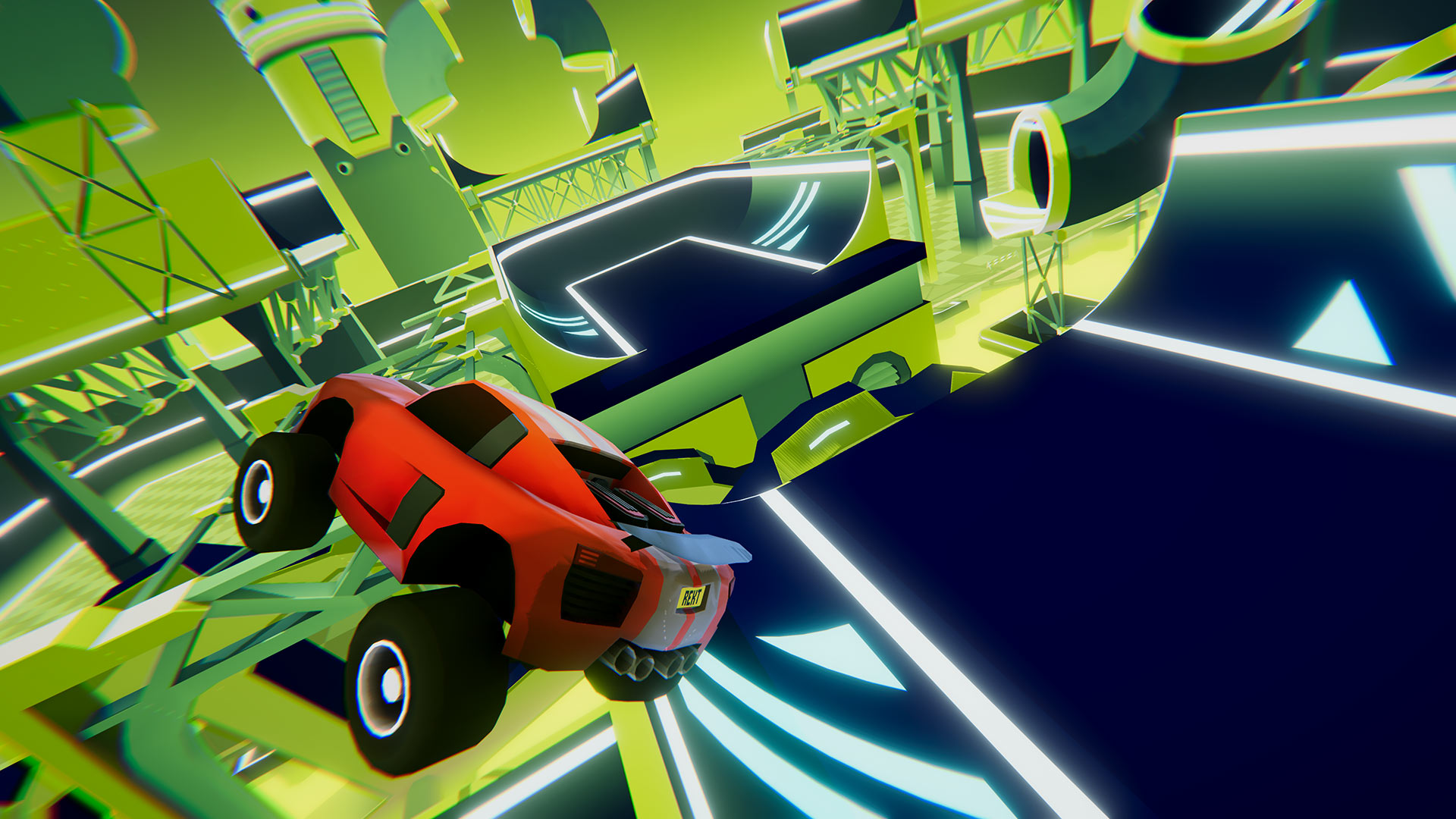 The play takes place over five arenas of varying eye-bleeding colours. Each arena contains an array of difficult ramps, platforms, and loops to enjoy. When certain score levels are reached, the arena changes colour which is a cool feedback loop, and let you know you landed a particularly tight combo.

There is a tonne of vehicles to unlock through playing and the more in-game points you get the more options you have to get new cars and upgrade the vehicle you have. From better handling and spinning to boosting and jumping, each vehicle can be tuned up for better runs in the future. The vehicles are all suitable zany from flame red muscle cars to suped-up camper vans. 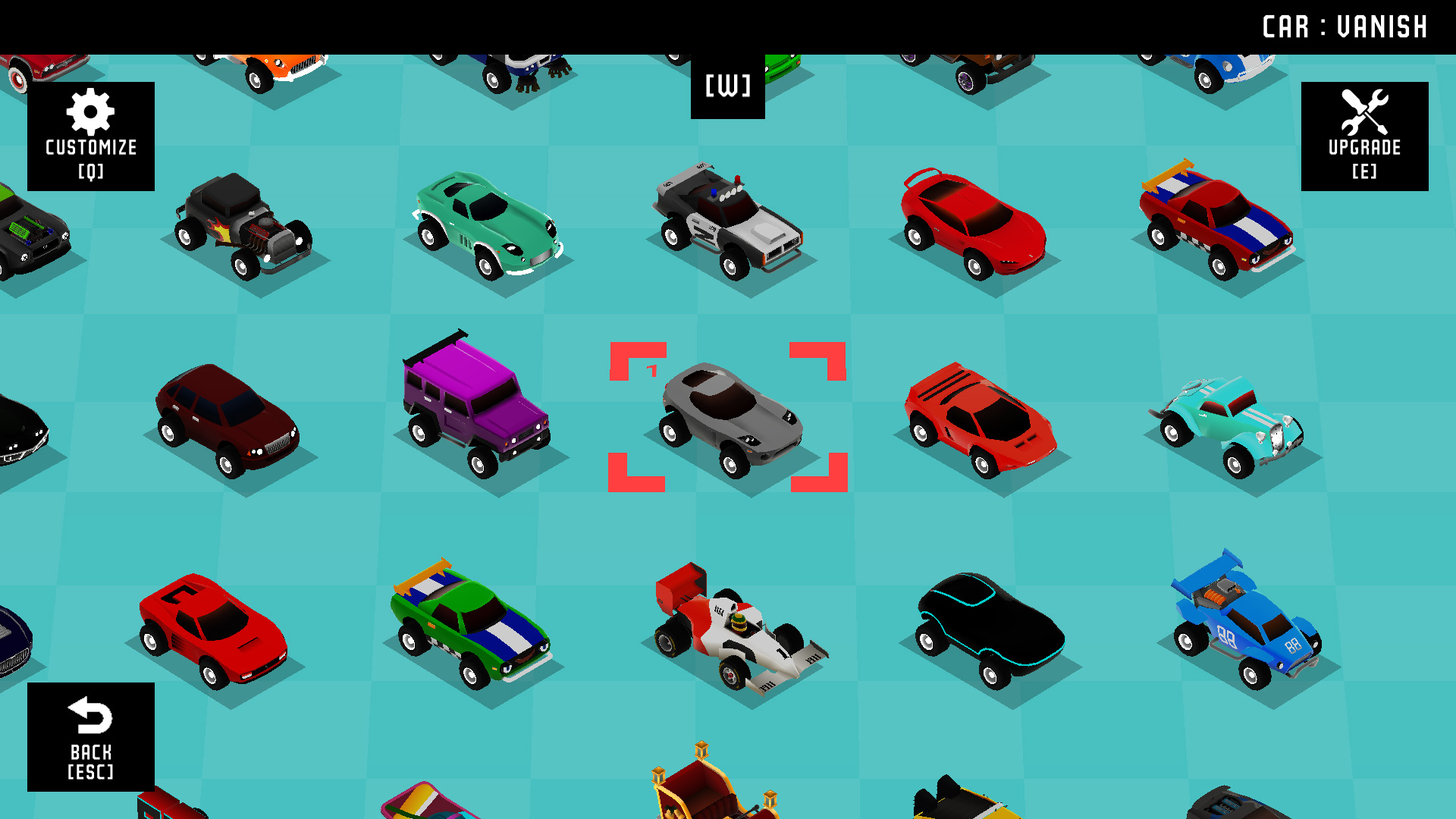 Rekt! can also be enjoyed with up to three friends in the couch coop mode that has three different game types, high score, checkpoint and virus which is basically a zombie mode with cars.

Rekt is great for short plays and I enjoyed dipping in and out of games instead of trying to tackle its challenges over the course of a few hours. Fans of rocket league and Tony Hawk’s will be right at home playing Rekt! And thanks to its extensive collection of unlockables and four-player couch co-op, this is a fun family game that is easy to pick up but difficult to master. 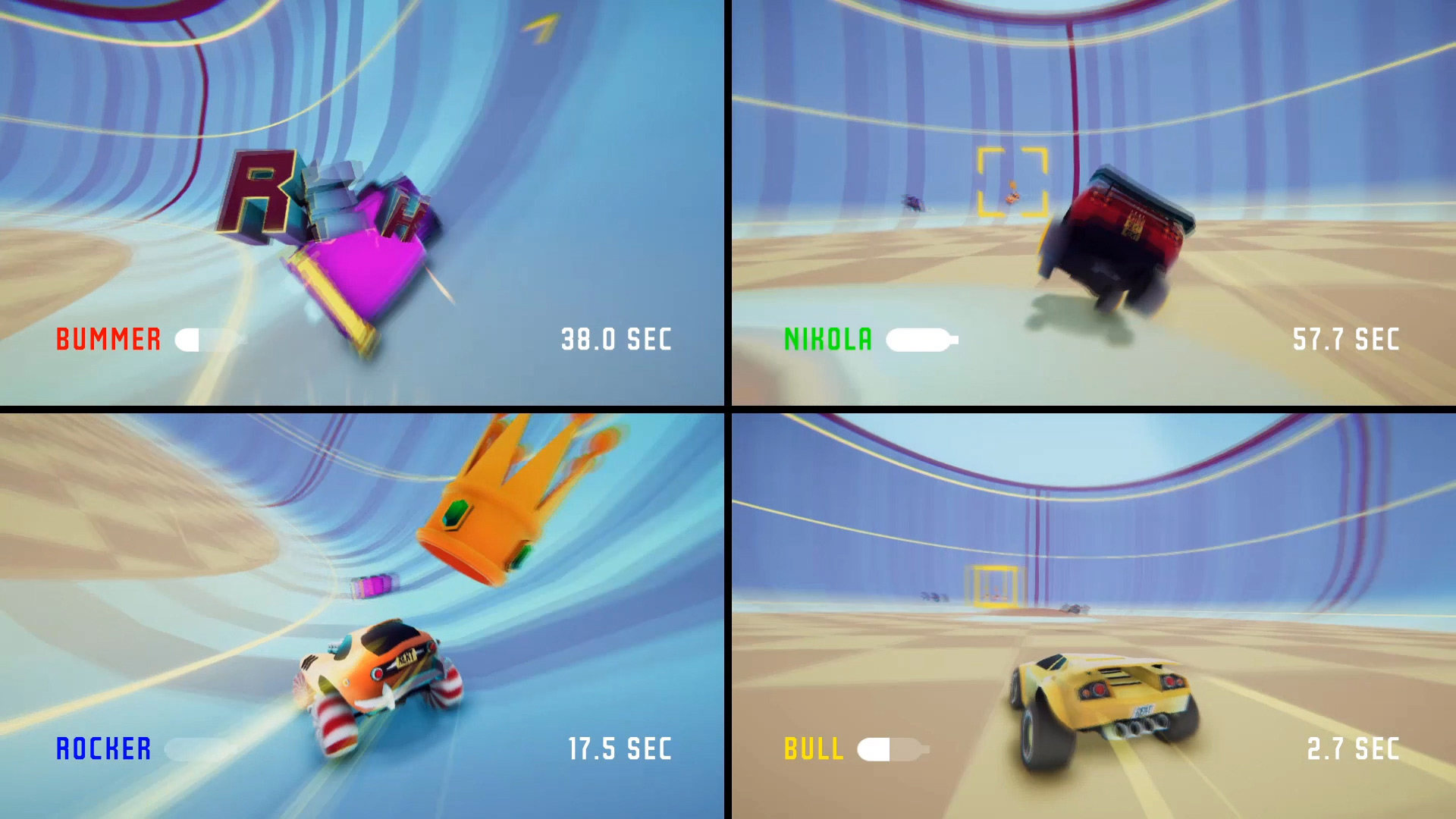