Next Generation Apple TV With Gaming Support On The Horizon 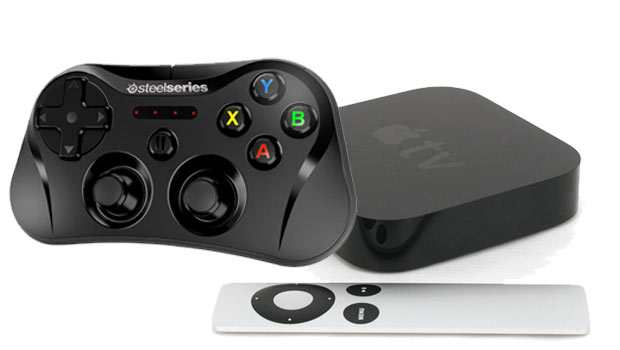 In an exciting turn of events it seems that there is a fresh crop of rumors that suggest the next version of Apple TV is planned for release in the first half of this year. The Apple TV version 3 is said to be the same style set top box but with a complete OS update and additional content types.

The grapevine also suggests that the new Apple TV will introduce native gaming as the new OS has Bluetooth controller support. The current models of Apple TV already allow gaming through their ‘Airplay’ features and their is a number of AirPlay enable games already on the App Store.

Game developers can create experiences that use the Apple TV in specific ways, too, so that they can provide multi-screen gaming experience to players, such as with the Real Racing series. Also, the all new controllers that are supported under Apple’s MFI program and the new Bluetooth game controller API provided with iOS 7 (check out the new SteelSeries Stratus which was released last week).

The various sources differ in one small way. 9to5mac suggests that these improvements will come in new hardware and state their sources are very reliable. iLounge has suggested that these new additions would come to existing to existing boxes.

Apple TV currently uses connected devices and iOS software combined with AirPlay. For Apple, this presents a number of advantages such as promoting platform buy-in and other halo purchases. With the new iOS 7 Bluetooth controller support, the combination of the two effectively becomes a home microconsole.

When Apple was contacted to comment, they declined to offer any additional insight.

DON’T FORGET to check out our other great Airplay articles!