DualScreen AirPlay Games and How They Could Be Awesome

If there’s one part of gaming that hasn’t really been taken advantage of enough, it’s AirPlay. AirPlay is the term Apple uses for the protocol that lets you stream your Apple devices to your Apple TV. You might think this is often used for just watching YouTube videos on your television or playing a game and having it broadcast. But, DualScreen is the ability for developers to let your Apple TV show different information, so that what is on your device and what is on your television are two different things, relating to your game.

The thing is, though it is a very plausible gaming idea, developers just aren’t using it. There are very few game that utilize DualScreen, but it does have some really great potential. One such game that uses it is SketchParty TV, which is like Pictionary. One player draws something on their phone, iPad, etc. and others watch the TV to guess what it is they are drawing, without seeing any clues.

Real Racing 2 is another game that lets you use your device as the controller, as you play on screen. This is actually the most common implementation of the game; utilizing the device’s motion capabilities to control what is going on. But, it doesn’t have to be the only use.

What is holding the idea back is that only Apple TV users are the only ones who can access DualScreen. But  Apple TV sales have been increasing, so now may be the time for developers to make the moves with gaming. It could open up a whole new avenue. One developer coming out with a unique use for DualScreen could really have them reap the benefits, and it gives players more options. Utilizing multiple devices really is the next step in gaming. 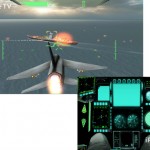 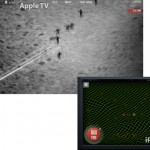 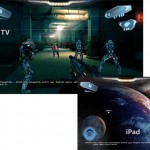 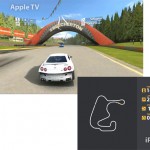 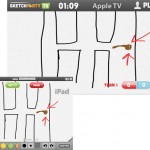 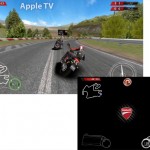 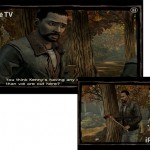 Don’t forget to check out our other great Airplay articles!