How will Oculus Rift affect the world?

The primary aim of the virtual world is to let us escape our own reality and so far, we have found apt ways of doing so, with both console and pc gaming providing hour’s of synthetic enjoyment. As successful as this part of the industry is there seemed to be a craving for something more, something that would take gaming to the next level, to quote Tron, something that would put us in the game grid. Although the Tron concept stands a little farfetched, if it were possible, it would sell and sell big.

What I’m referring to is virtual gaming. Now, we’ve had snippets of virtual gaming with the likes of Playstation move and Xbox Kinect – although some may consider them not be virtual gaming- nothing has been produced to break the mould and make the user feel as though they are actually in the game, until now.

The coming year and the years to follow I assume, the virtual gaming industry is set to take the gaming market by storm, most notably, Oculus Rift. Beginning as a start up funded by the generous gaming community of Kickstarter, the prototypes tested so promising that the company was snatched up by Mark Zuckerberg himself. 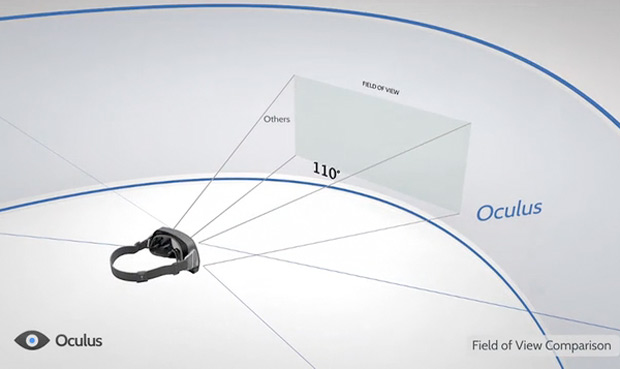 To those who have been living under a rock, Oculus Rift is a headset which pits the user as the protagonist within the game. Admittedly, the idea is awesome and better yet the reviewed developments kits have seen nothing but praise. This is all great, but what affects of Oculus Rift will we see in the real world?

The most practical and somewhat silly consequence we can expect, are; accidents. Yes, accidents. Imagine being blindfolded, deafened and left in front of a monitor, well, to some extent this is what virtual reality is. The headset leaves you incapable of seeing anything else aside from the game and with the amount of multiplayer options available it is likely any moderate-core gamer will be wearing headphones. Expect many broken objects, the odd injured family member and lots of tripping over things.

Socialising and gaming have been in a constant battle since the beginning of time. With argument posed, those who spend to much time gaming lack social skills or would prefer to game than socialise. The argument is plausible, but obviously differs depending on the individual, however, could putting those individuals who do personify the argument in touch with a piece of virtual reality further strengthen the case? To some gaming is their life, but with Oculus Rift, it could become their reality.

Before you conclude that Oculus Rift is the devil, in need of a good smiting, it’s time to consider some of the more positive worldly affects. Using the Rift as a base, the Anxiety Management Virtual Reality Platform is in the works, which utilises the realism of the hardware as a treatment for phobias. For example, those afraid of heights, can be put at the top of a virtual building, until results have been seen and the process can be transferred to reality. Similarly, Zuckerberg has talked of the impact the hardware could have on education, where students can visit the museums and landscapes of the world from the normality of the classroom.

The Rift has also been said to potentially redefining the bridge between technology and medicine. The possibilities remain endless, but the idea which has gained the most shock value, is visiting your GP or doctor, without leaving your home. Despite the buzz, this looks to be an evolutionary process, with overhauling needed in both the medical field and patients technological equipment.

All the worldly affects aside, you’ll still have a kick ass gaming experience. Oh and a little nausea.