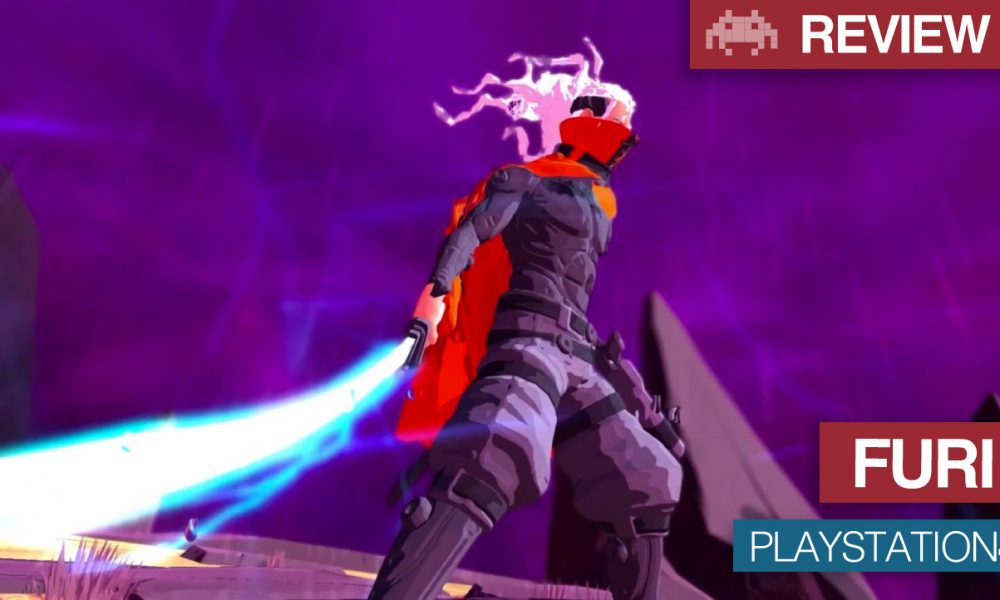 Furi is a fast paced, action packed fighting game that switches from far range combat accompanied with a twin-stick shooter aspect to close quarters combat during each fight. The swift nature of the gameplay is a welcome distraction to the odd and less than compelling story that it tries to convey.

Furi is a boss-rush game similar to Shadow of the Colossus, but lacking the freedom to roam and search for the bosses on your own. You are an unnamed and unspeaking character with a sword and a laser pistol that is fighting to free yourself from the clutches of the guardians that have imprisoned you. You are guided by a rabbit masked man with a staff that narrates your journey in between fights. The story is very straightforward: escape imprisonment and kill all that stand in your way. 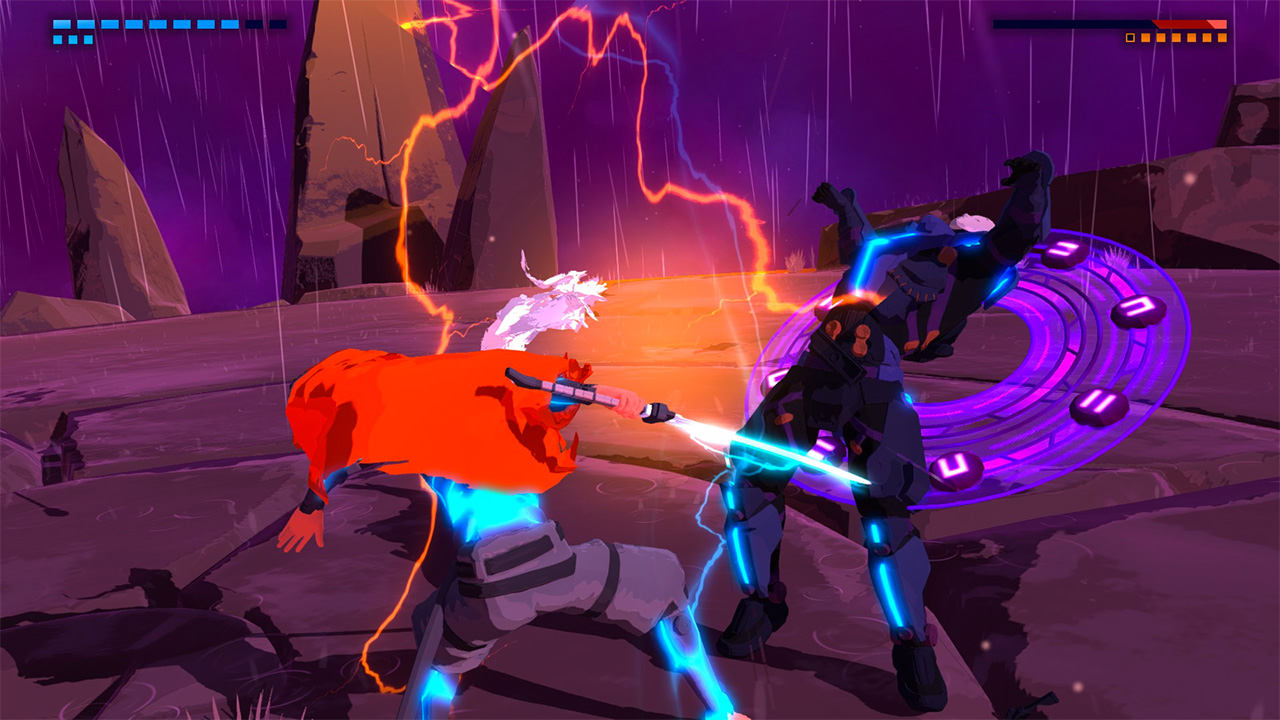 The gameplay is very simple. You are pitted against several different guardians in arena style fights.  You can attack, dodge, shoot, parry, and charge attacks. With such a limited control scheme, you may think that the gameplay lacks stimulation, but that is far from the truth. Furi utilizes its simple mechanics in a blissful combination with high octane movement, extremely vibrant colors and graphics, and an awesome soundtrack that is just as upbeat as the gameplay. The fighting is easy to pick up within 15-20 minutes of starting the game, but perfecting your parry timing and your charged attacks will take much longer. Each boss is unique and contains his or her own challenges to overcome: The Scale is a speedy reptilian boss that makes up for his lack of strength by his tremendous speed, The Hand is a heavily armored knight that is just the opposite of the Scale; he is slow and cumbersome, but if he makes contact, it is going to hurt, or The Edge which is a boss that looks similar to you but packs a punch and is speedy as all hell. Without going into any more detail, as to leave this review spoiler free, the bosses are all fun and unique. Each boss has several stages and most stages contain a long range and a close quarters fight. Your health replenishes after you defeat a stage of a boss and you are rewarded with an extra life upon completion of a stage. You start with three lives and once those three run out, if you have not acquired any extras, you must restart the boss from the beginning. This leads to trial and error situation which is not as commonly found in games today, but increases the satisfaction when finally learning and overcoming your foe. 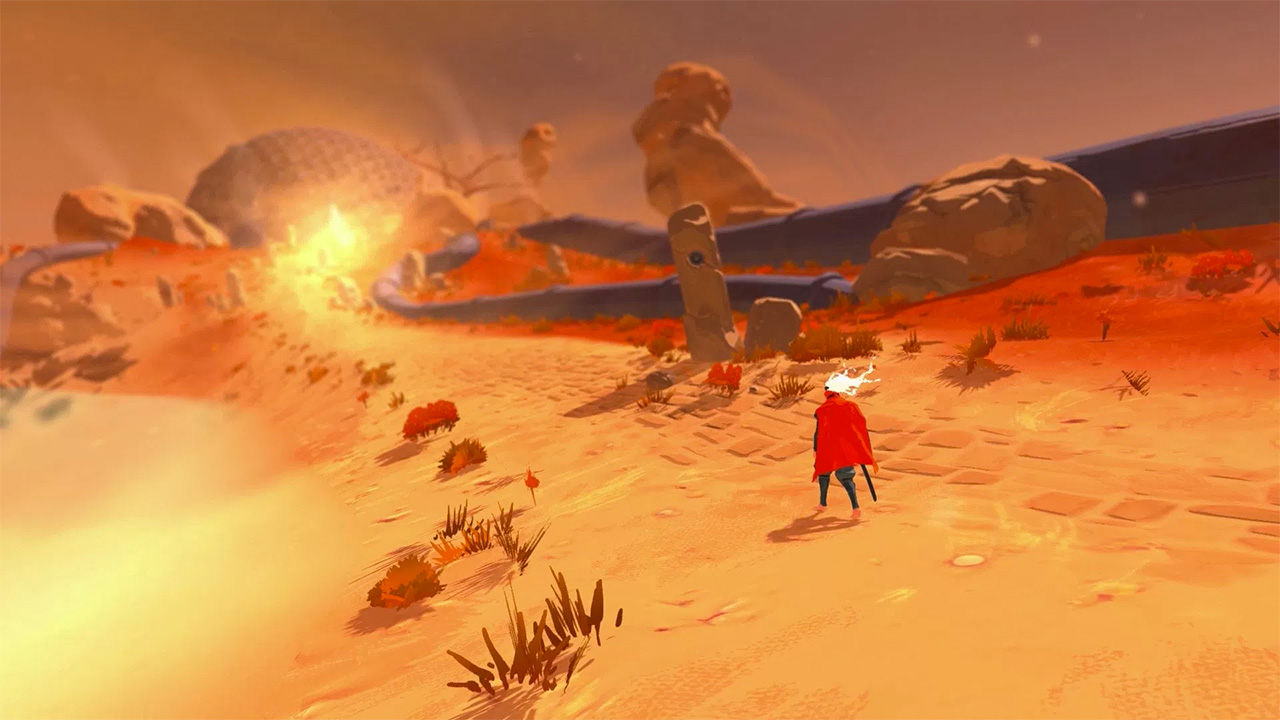 When  I first heard of Furi, I was told it was in the genre of Souls-Borne games, but had a hard time believing it because of the pace and the neon color scheme, but as I continued to play the game, I began feeling the same satisfaction when beating a boss as I had when playing through a Souls-Borne game. Learning patterns, parrying at the right time, knowing when to charge an attack or dodge the hell out of the way, or figuring out how to acquire extra health orbs during certain stages all lends to the immense satisfaction when finally seeing that short but sweet cut-scene of your character killing your foe.

All in all, Furi is a very fun and addicting fast-paced game that mixes close range combat mechanics with twin-stick shooting mechanics. It is full of vivid color and the graphics are similar to cel-shaded anime style graphics which pairs perfectly with the swift gameplay and rapid upbeat soundtrack. Although the story is nothing to write home about, the unique bosses and extreme satisfaction of learning and defeating your opponent make this a worthwhile pick up for anyone who is ready for a decent challenge. 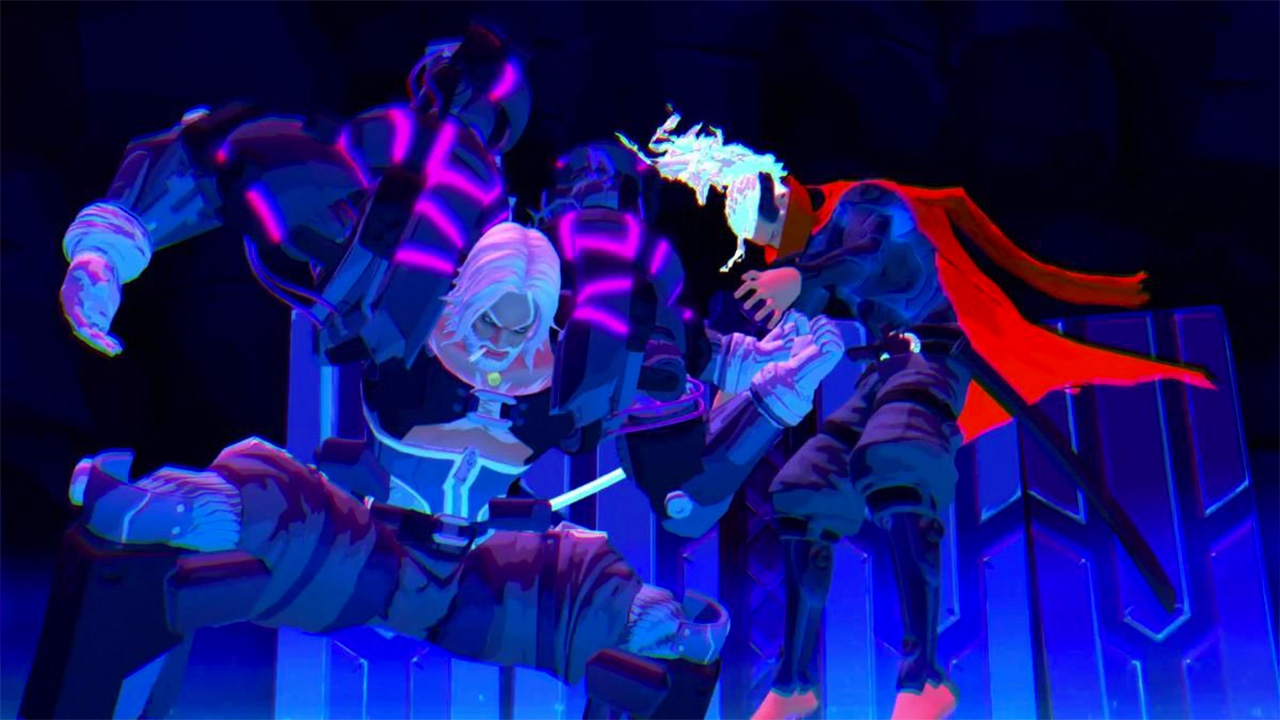