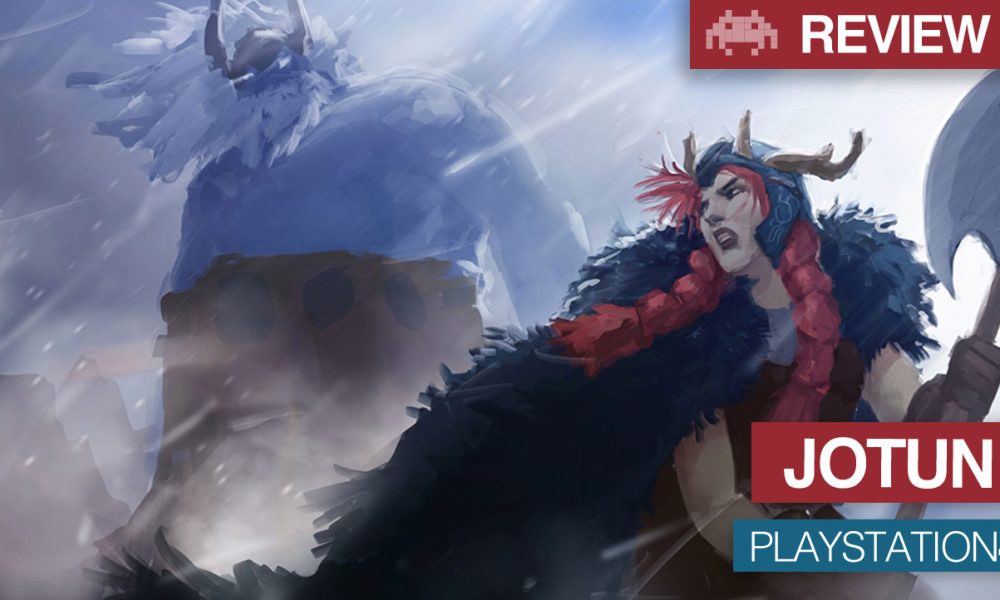 Jotun is a visually stunning game that occasionally took my breath away the few times it zoomed out and showed an extensive view of the beautifully drawn landscapes. Jotun is a game based on Norse mythology and it is a very welcome change to the saturation of Greek mythology in gaming today. The 2.5D isometric view and the stunning hand-drawn graphics are a wonderful compliment to the gripping story that Thora, the main character, tells as you journey the branches of Yggdrasil, the massive tree that connects the different worlds of Norse mythology. As wonderful as these particular aspects are, I couldn’t help but feel like there were a aspects missing, from no “you are here” indication on the maps to the less than stellar combat. 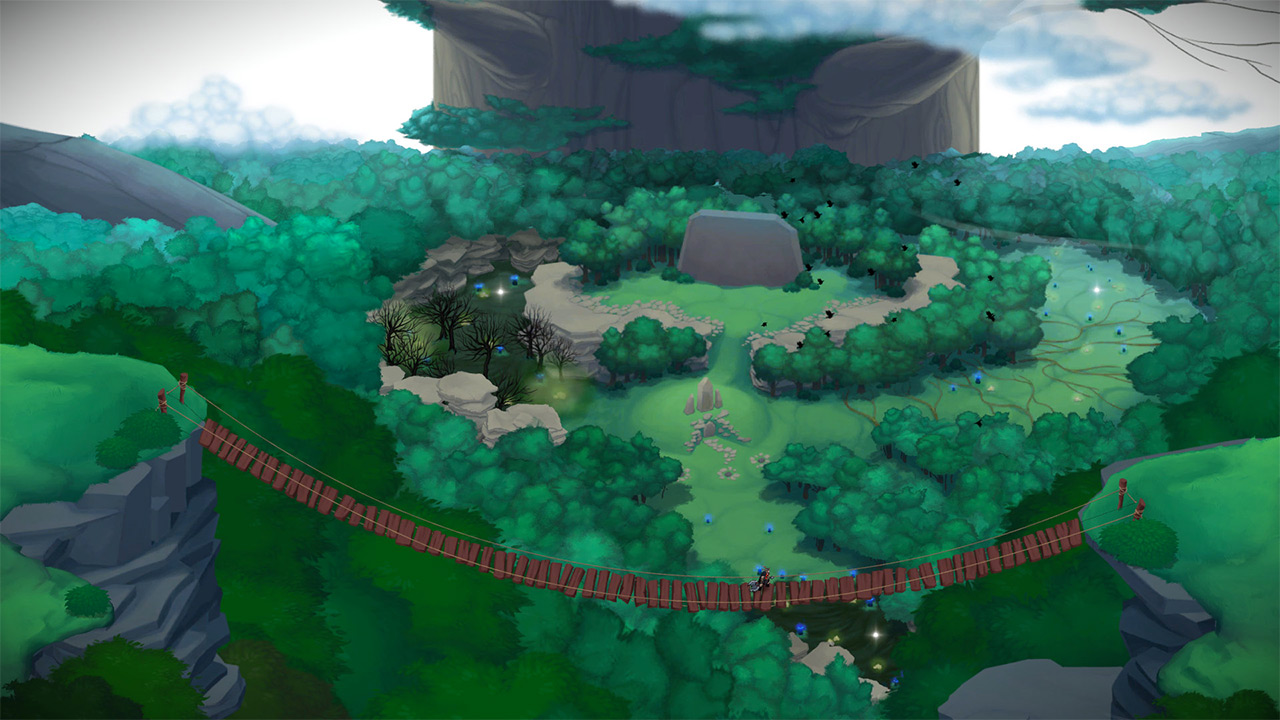 After suffering a less than glorious death, Thora is tasked with trying to impress the gods in order to enter the heavenly Valhalla which is the ultimate achievement for a Viking warrior. She must traverse the branches of Yggdrasil and defeat Jotun, elemental giants, in order to impress the gods. In doing so Odin will allow her inglorious death to be forgiven and allow entrance into paradise.

There are five areas to explore and each has its own elemental aspects. There is Niflheim the ice world, Muspelheim the fire world, etc. Each area has two sections and a boss and instead of each section crawling with enemies similar to games like Gauntlet, the sections are primarily exploration-based with a few puzzles thrown into the mix. Jotun is a game that is best viewed without a hundred enemies attacking so I believe this was a design idea that Lotus Games had in mind from the beginning. The vibrant colors and stunning drawn graphics leave you wanting to see every nook and cranny of the world that they so carefully crafted. In each section, you are supposed to find a rune and after collecting both runes of an area the gate to the boss is opened. The boss fights are all very fun and engaging, even if it seems like the battle system was a second thought to the exploration of the preceding areas. Thora has her axe and swings it rather slowly which is fine throughout most of the game when you are breaking objects in the worlds but makes the boss fights a little more tedious than they needed to be. Speaking of the bosses, each Jotun is enormous and really shows the grandeur of the elemental giants in comparison to tiny Thora. The feeling of toppling each fight gives a real sense like you have just overcome staggering odds. 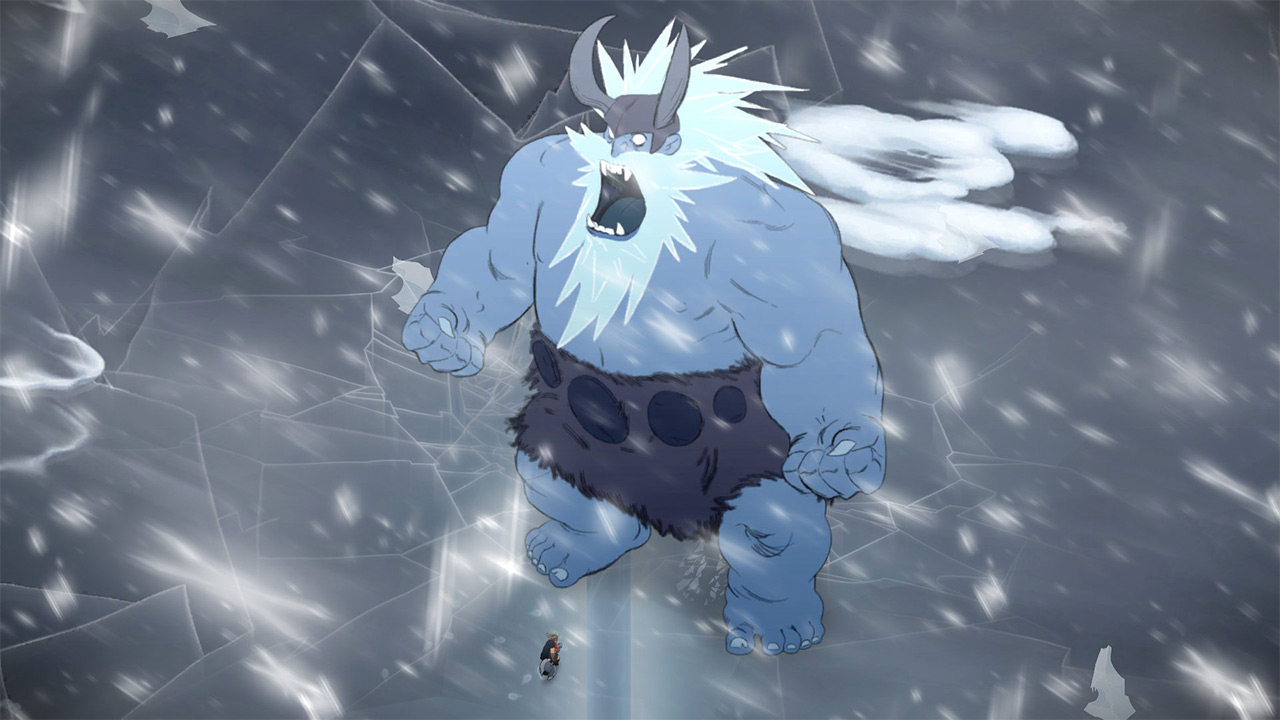 The fighting is still fun, if not a little slow, but the gripe is in the map system. The map of an area is available on the pause screen but there is no indication of where the player is on the map. It leaves you confused and wondering where to go and where you have been: on the plus side, each area is fairly short so even with the confusing map system; the areas do not take very long to complete. In addition to the map screen issues, there is no inventory screen to keep track of your collection of powers given to you by the gods or the Ithunn apples which are scattered throughout each area and lengthen your life bar. It would be nice to be able to see which powers you have collected (because some powers are given multiple times and others are not), all of the runes you have collected, and how many apples out of the total amount in the game on an inventory screen.

Upon finishing an area in the void of space known as Ginnungagap, the player becomes privy to more information about Thora. The short but gripping story is enough to keep anyone captivated for the roughly ten-hour journey through Jotun. Each time I completed a Jotun fight, I could not wait to hear more about the interesting story of Thora, not to mention the narration is all given in Icelandic which gives the perfect atmosphere to the already beautiful scenery. Keeping with a closely related language to Norse helps really engulf the player in the story of Thora. 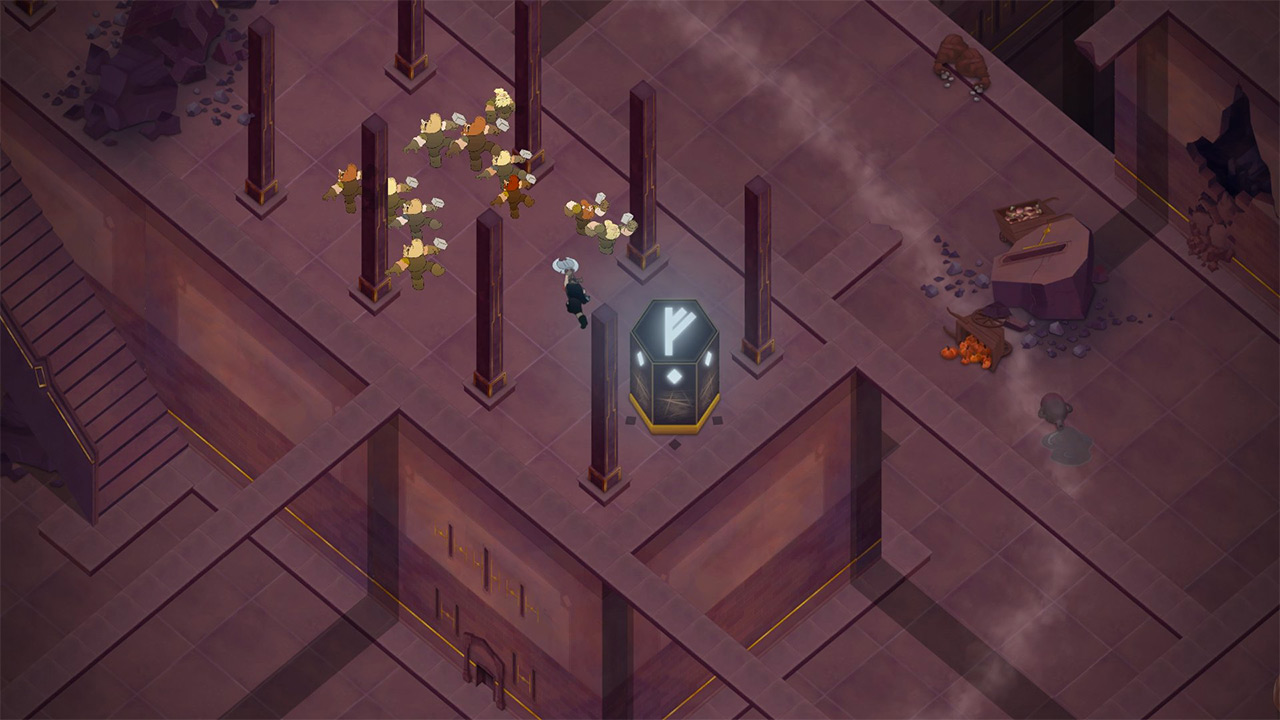 Jotun is a fun exploration based game with stunning graphics and a fun and unique boss fights. The combat is slow but responsive and leaves the challenge of the game in the Jotun encounters. The exploration is fun and not too difficult even though the maps could have used an indicator. All in all, Jotun is a very fun game that gives a good intro level mix of fiction and mythology. The story is well written and the language choice could not have been better. Minus the few minor gripes, Jotun plays well and left me wanting to explore more wonderfully drawn landscapes. 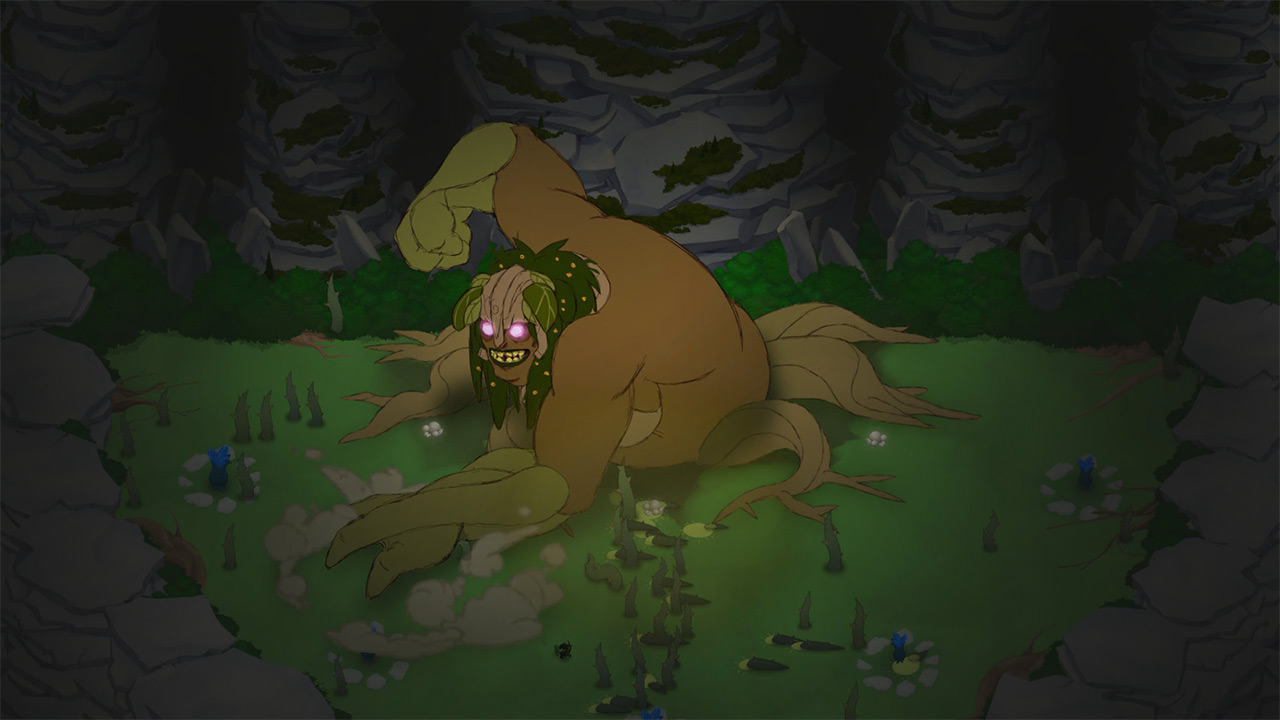